Deadpool #9: A Dame Walks In 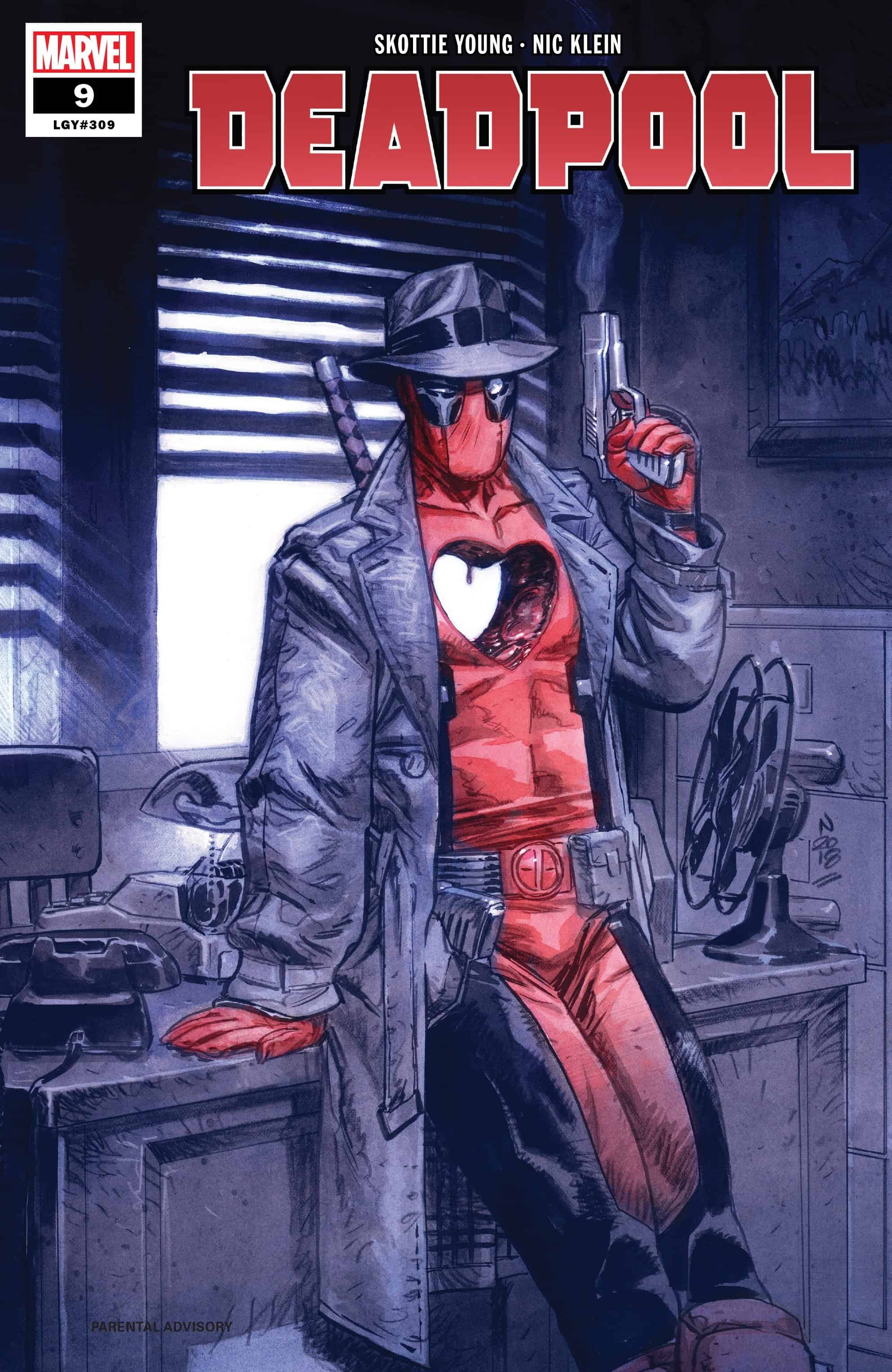 THE HEART IS A LONELY MERCENARY…Someone has stolen Deadpool’s heart…LITERALLY. The Merc with the Mouth hires the Snoop with a Private Eye, Jessica Jones! You’ll never guess where this twisted trail leads!!!

Just in time for Valentine’s Day, Deadpool delivers a love story that is bizarrely touching, like only he can! 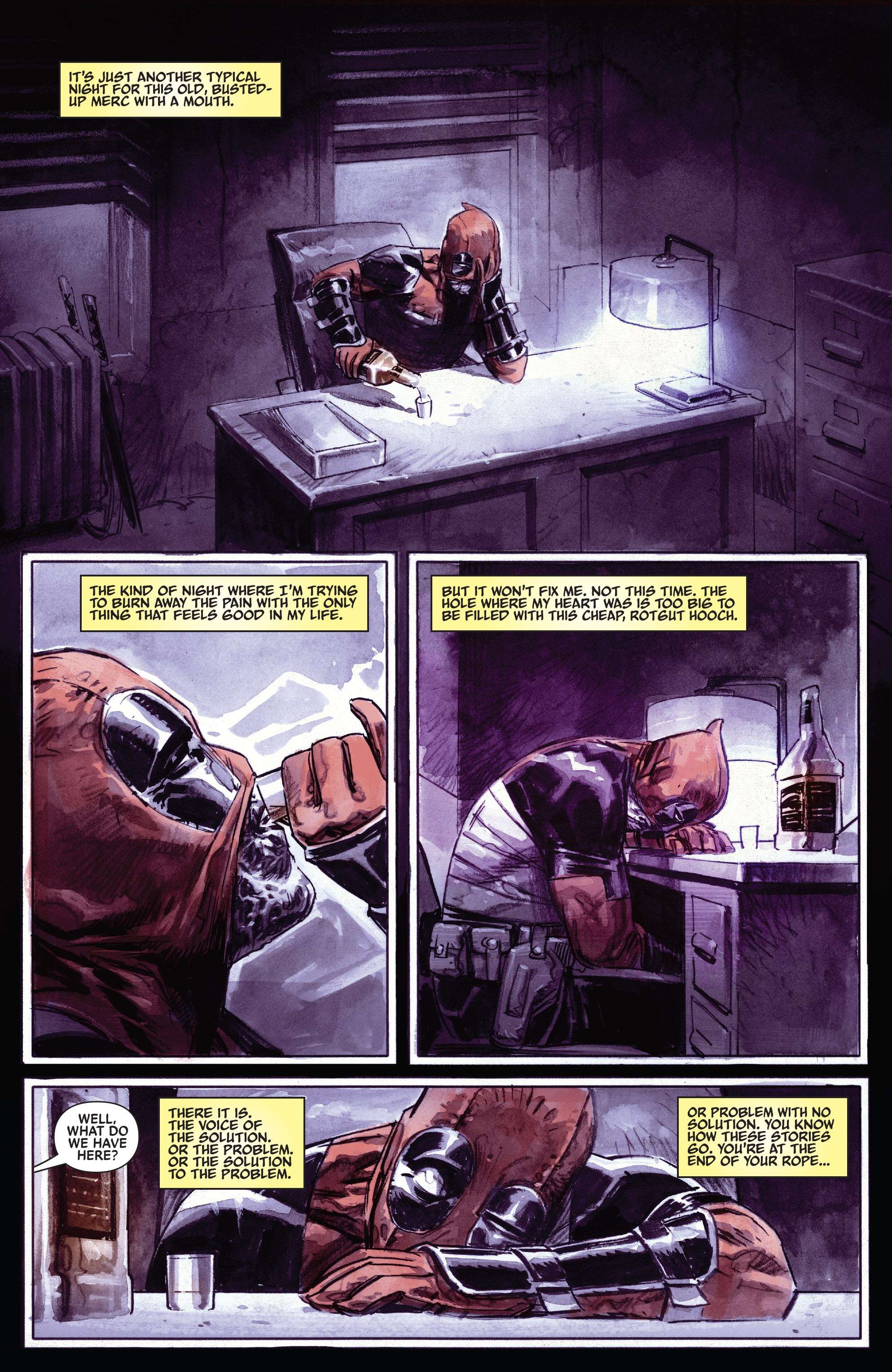 This is an issue that proves the new format from Scottie Young and Nic Klein, which features shorter stories and even one-shots, can work remarkably well for the Merc with a Mouth. The old school noir atmosphere sets the stage for a whodunnit story featuring the unlikely team up of Deadpool and Jessica Jones. The stylized artwork from Nic Klein is an interesting change of pace and it helps to keep the series unpredictable, but the real highlight is surprisingly the chemistry between Deadpool and Jessica Jones.

Wade Wilson can be quite an overbearing character, what with the stage four cancer causing so many…shall we say personality abnormalities? Because of this, he tends to work uniquely well with characters who are more serious and basically unwilling to put up with his $*%&#. It had never occurred to me before this issue that Jessica Jones is the perfect candidate for that role. Scottie Young does an outstanding job capturing these clashing characteristics, but more interestingly, he manages to tell a truly profound story despite all the chaos.

Deadpool is more than just a pop culture referencing platform for dirty jokes, he has emotional depth that can be really intriguing when handled appropriately. This creative team seems to have a solid understanding of these dynamics, because Deadpool #9 is equally outlandish and heartfelt. It is in this odd dynamic that the issue, and the series in general, truly thrives.

With the whodunnit mystery resulting in a love story that will tug at anyone’s heart (even the one Deadpool is missing), we see a side of the character that reveals his enduring charm. Combined with exceptionally distinctive artwork from Nic Klein, the issue proves to be a standout in an already exciting new series.

The real question is, where does Mephisto fit into all of this?!

Deadpool #9 is a noir-driven Valentine's Day story that is both bizarre and heartfelt. Just like a Deadpool comic should be!

Deadpool #9: A Dame Walks In