Deadpool: Bad Blood #3: A Literal Blast Into The Past 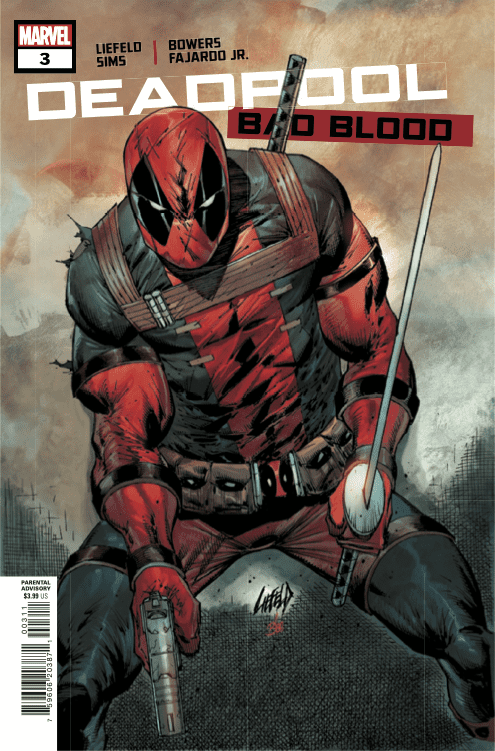 Deadpool’s hunt for an elusive superweapon lands him in a flashback fight with Cable and X-Force — and leads to his first meeting with the mysterious Thumper, whose favorite pastime is killing Deadpool! And even with an accelerated healing factor, that hurts! Back in the present, Domino works out that Thumper is the superweapon Deadpool’s hunting, which is why he’s always one step ahead. More answers arrive from Wade’s Weapon X buddy Garrison Kane: Part of Department H’s “Project Daedalus,” Thumper was designed to be the perfect rogue agent assassin. Problem is, he only seems interested in killing Deadpool! Kane’s job is to get the assassin on track, but he’s been failing spectacularly at it. Who is Thumper, truly, and why is he dead set on destroying everyone’s favorite Merc with a Mouth?!

Haven’t read issues one and two yet? That’s okay, neither have I. But the summary does a pretty good job of keeping you looped in with the background story enough to follow along with this issue, so I didn’t really feel too lost. Issue three opens up with Deadpool fighting his latest foe, Thumper, in a comedic narrative form as Wade narrates his thoughts while at the same time talking trash to Thumper in the lovable style that we have all grown to love about Deadpool (whether it’s from the comics or the movies). 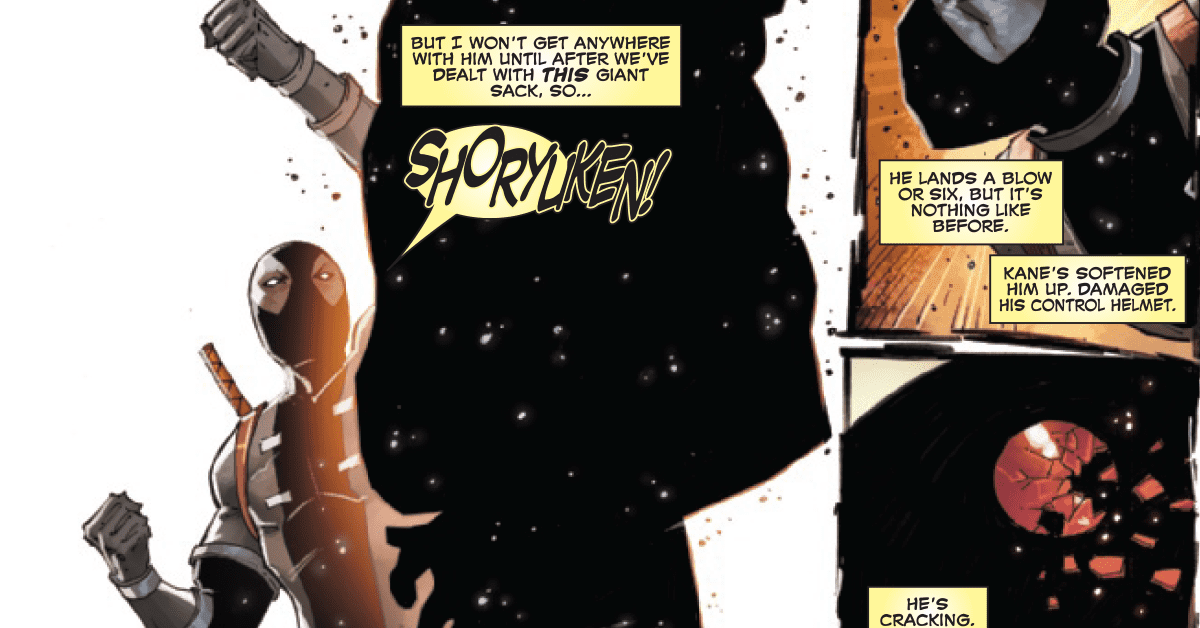 But as the story develops, it becomes more of what people call a “filler” issue. It reveals the history and connection between Deadpool and Thumper, as well as revealing more about Kane and his role in the story. And by the end of the issue, you find the story to be more average than anything else. Interesting details, but nothing exciting that makes it a page-turner or has you jump to the next issue as soon as it’s available. But honestly – that’s okay. I don’t think this issue was meant to be an action-packed, exciting issue at all, but rather gets you ready for the upcoming conflict that will appear in the upcoming issues. Sometimes, an issue just needs to be the ship that moves the story along on calm seas. 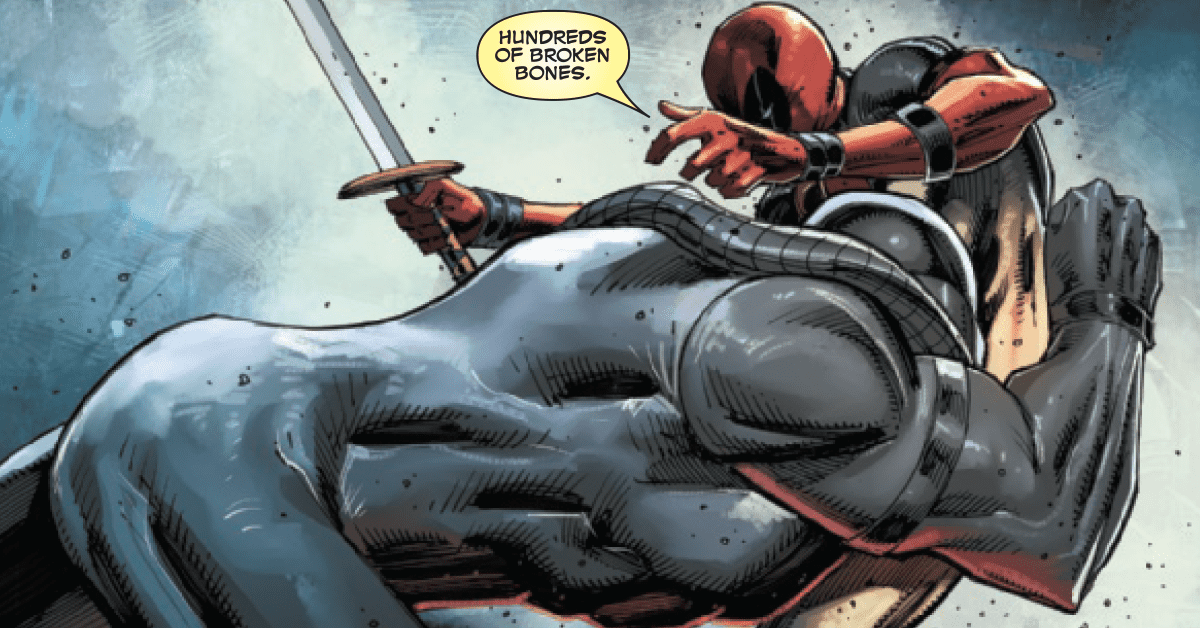 The artwork was done well in this issue. If you know much about Liefeld’s work, you know that his art tends to have some interesting takes on the human anatomy and while not all of the depictions of people in the comic reflect this, we do get a few panels where we see his anatomical interpretations that once was an interesting take is now something that he leans into. The compositions and flow of the art were easy to follow and the colors captured your interest in a way that it doesn’t distract yet has a sense of natural presence in the story. With a team as large as this that worked on the issue, they did a phenomenal job of making it all seamless and that it looks like it was only done by one person – an impressive feat, really.

Overall, this was an average issue that wasn't necessarily thrilling and exciting, but it wasn't poor or boring either. If anything, it at least makes you appreciate the story as a collected series rather than getting it issue by issue. But anyone who enjoys Deadpool will probably enjoy this series.

Deadpool Bad Blood #3: A Literal Blast Into The Past