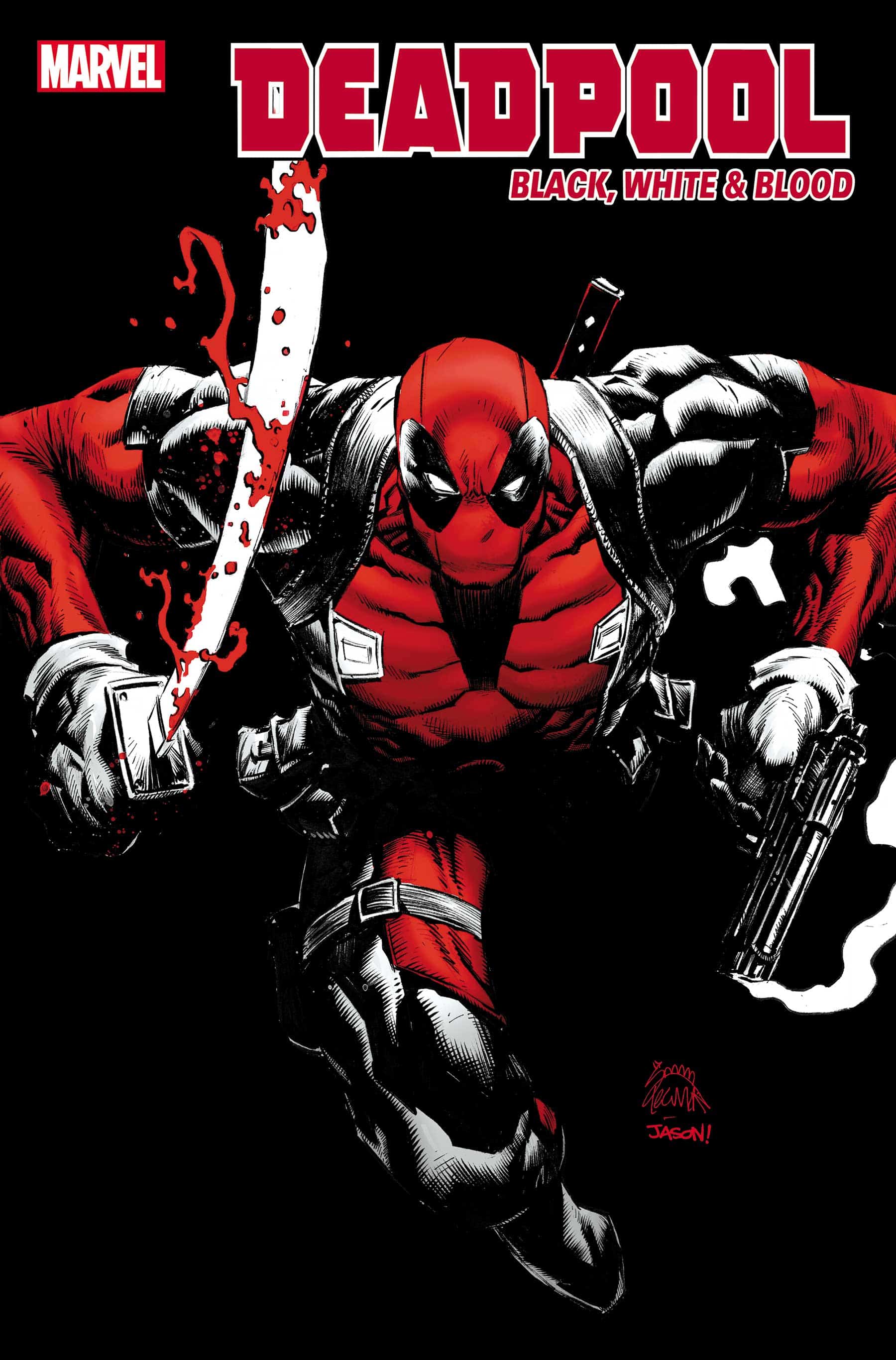 In this trilogy of short (red) stories, you'll find everything from Art History to Zombie Zebras.

This mini-anthology was short, but it packed a lot of creative punch. I’m going to give a brief, spoiler-free review of each blooderific section. 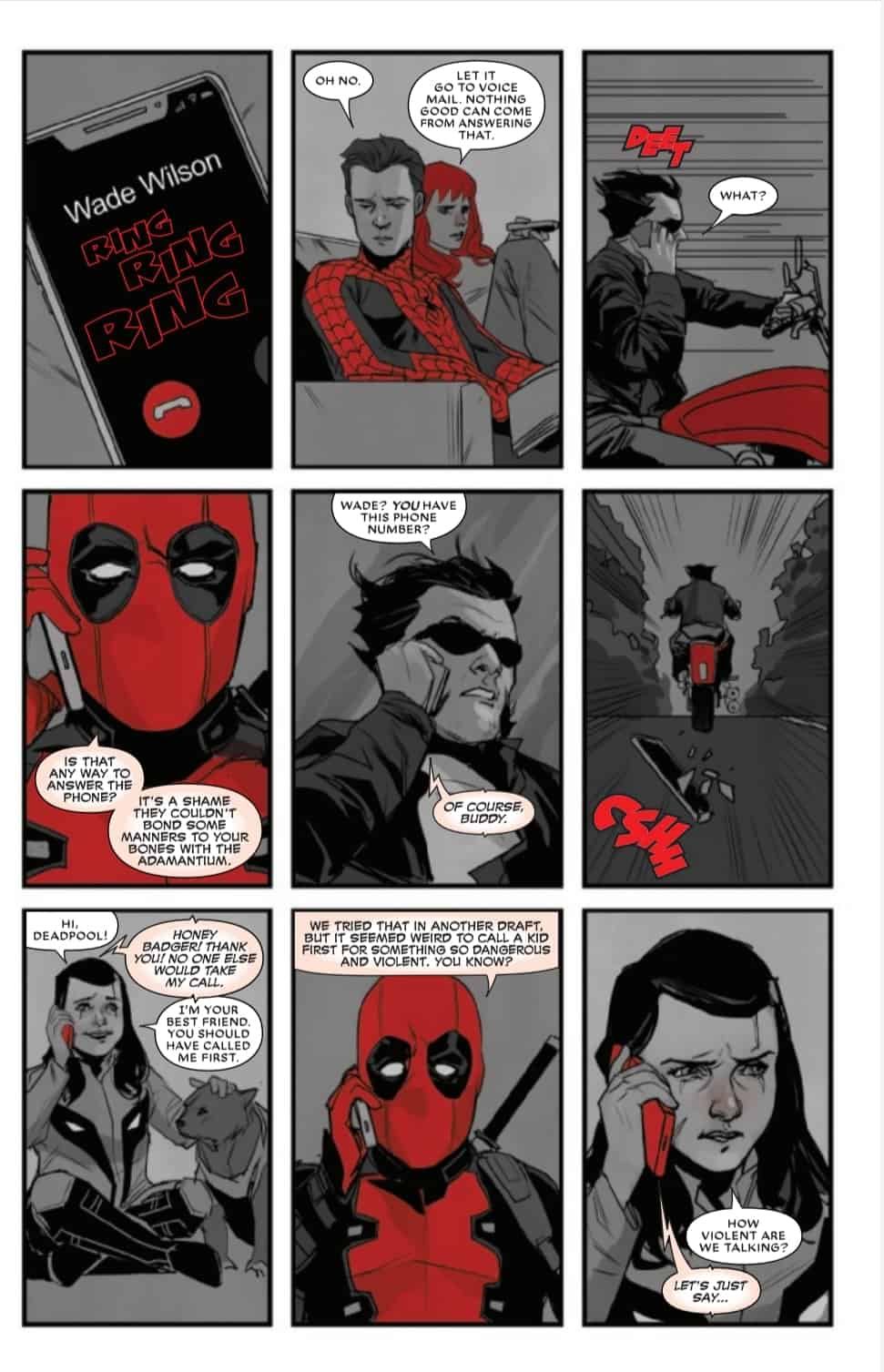 ‘Remember, Kids. If you can see intestines on the outside of a person, the content is not for you.’

This perfect marriage of story and art was easily the strongest entry in the anthology. The writing is so tight that there’s more story over the course of ten brief pages than I’ve seen in some full arcs. Tom Taylor hits most of his usual themes (choosing to be better than your upbringing, corporate corruption, environmentalism and animal rights) without ever resorting to didacticism, or breaking the natural rhythm of the plot. This entry is also hilarious, in a way that doesn’t seem at all artificial or forced. Gabby Kinney is, as always, an utter delight. There are zombie zebras. What more could you possibly want?

Phil Noto’s work is, as always, pitch perfect. The splashes of red at the tip of a nose or the severed edge of an organ, were always effective and never overused. Characters, in his hands, have a wide and dramatic range of emotion and his slapstick game is absolutely on point.

Marvel needs to team these best friends up again, and soon, so that they can take all of my money. 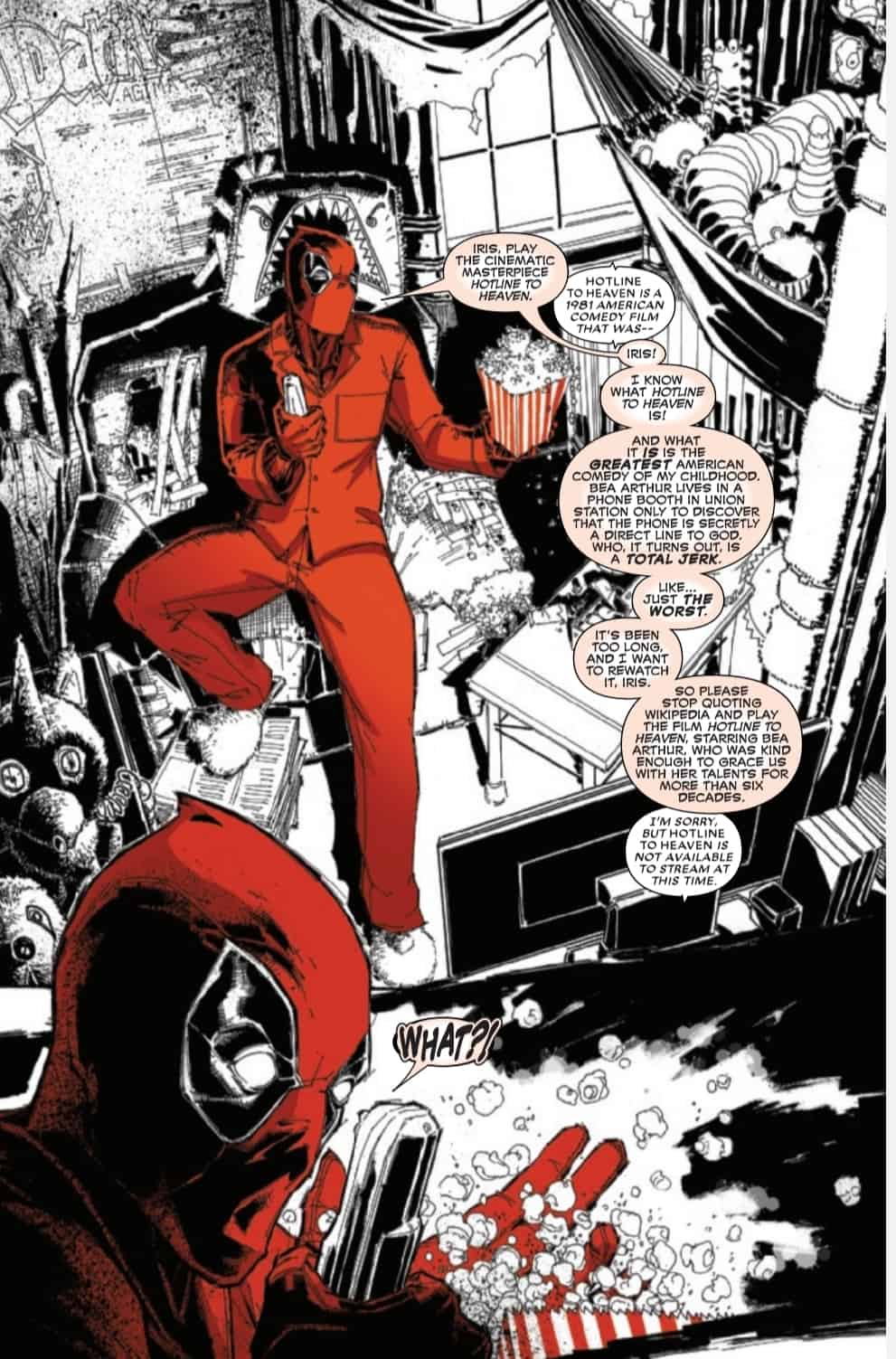 ‘This is not the future I was promised!’

Ed Brisson can write Deadpool. His work is not as roll-on-the-floor funny as Taylor’s, but the absurdity of this feature (in which Deadpool traces a fictional Bea Arthur film into the fortress of a Cinematic despot) was absolutely perfect for the character. Brisson’s Deadpool was beautifully unhinged. And I was so intrigued by the premise of the film that Pool was hunting for that I Googled it to see if it actually existed.

It doesn’t. But I did look at a lot of weird 80’s films while I was searching. That was a bizarre decade. No wonder my parents are so messed up.

Portacio’s art perfectly matched the tone of the story. His use of red was the inverse of Noto’s: red was the dominant color. But this added to the absurdity of the story. Big, dramatic figures, red splashed everywhere, blood and gore — all focused on finding a defunct video. Perfect.

I would definitely pay good money to read a book produced by this pair. 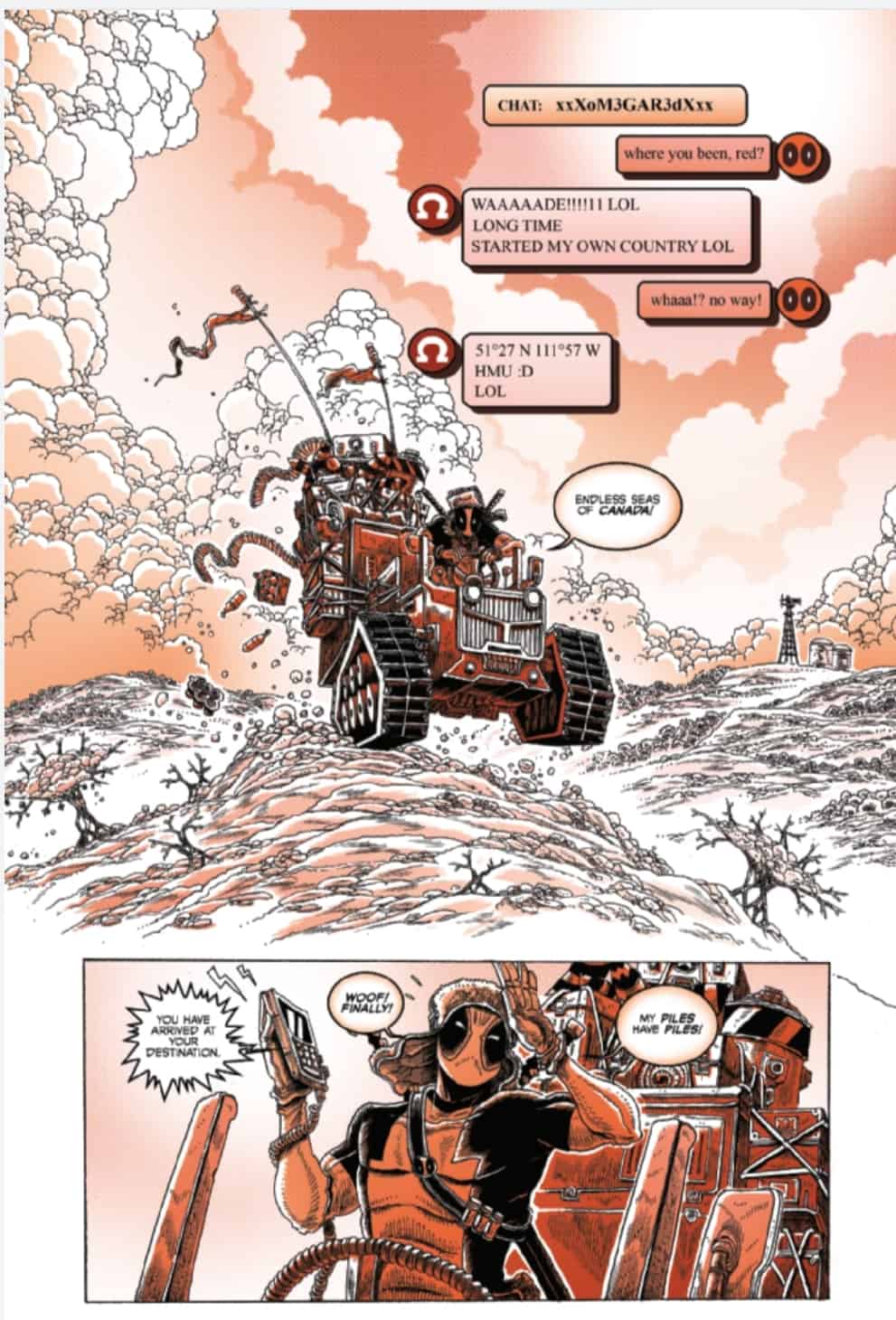 ‘My piles have piles!’

I really didn’t enjoy this installment. The story was fine, I guess, and it is always impressive when one person plays every role in the construction of a story. But this really didn’t do anything for me. Every panel was washed in pink (the sky was nearly the same shade as Deadpool’s uniform. Everything seemed to bleed together) and although I usually like it when artists are willing to sacrifice figurative realism for character, Stokoe’s art seemed to be modeled very closely after Skottie Young’s.

Young is a variety of genius, but copying genius often results in mediocre work. There was no individual style, and that’s a shame because I generally like Stokoe’s work. I don’t want to be too hard on him, as a writer or as an artist, because very few creators could play every part competently — and every aspect of the work is competent, even effective. If the story had been presented on its own it would have stood out more, for me, in a positive way. It just had extremely stiff competition.

If you want to read a trio of hilarious, bloody, intestine-filled Deadpool stories, this is the book for you!

If you want to read a trio of hilarious, bloody, intestine-filled Deadpool stories, this is the book for you!