DEATH DEALER #1: Frazetta Turned Up to 11 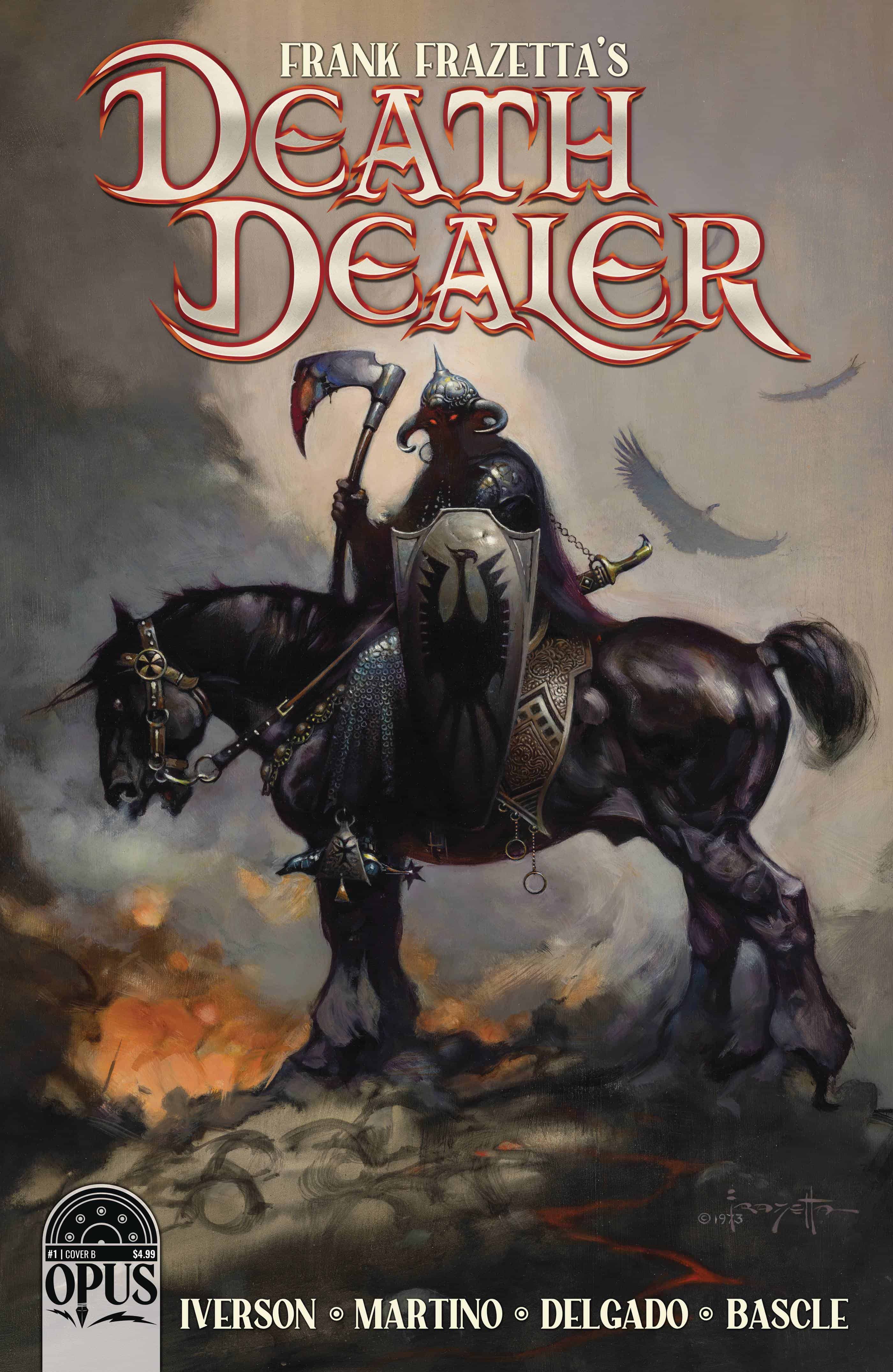 We are the Death Dealer!

The name Frank Frazetta is known the world over. His work is easily identifiable from across the convention floor and is adored by fans across all fandoms. But one piece of art sticks out a little more than the rest. Just as iconic as Superman, Spider-Man, or Batman…stands the Death Dealer.

When Frank Frazetta pained the now-iconic image in 1973, the wave of attention began to crest, and almost 50 years later, that wave has yet to swash. Comics, anime, novels, shirts, statues, the laundered list goes on when referring to the marketability of the Death Dealer. An iconic image that has stood the test of time and will continue to do so.

As any high fantasy fan would be, I was stoked when Opus Comics announced that, in conjunction with the Frazetta Girls, they are going to launch not only a Death Dealer book but a universe base on Frank’s work. And if Death Dealer #1 is any indication of their plans, then we are in for one hell of a ride.

From the first panel to the last, this first issue sets a dark and gritty tone that not only describes the environment but the inner struggles of Kur as he navigates through his life and battles its very existence. The creative’s take on the icon is as legendary as its subject. From Mitch Iverson’s writing to the tour de force of high fantasy art from Stefano Martino, Luis Antonio Delgado, and Jacob Bascle, all remind you that you are on the adventure, and they are the dungeon master.

Death Dealer #1 is a delightful high fantasy tale from cover to cover, and there is zero doubt in my mind Frank Frazetta would think the same thing. This is a great stepping stone into the Frazetta Universe.

DEATH DEALER #1: Frazetta Turned Up to 11