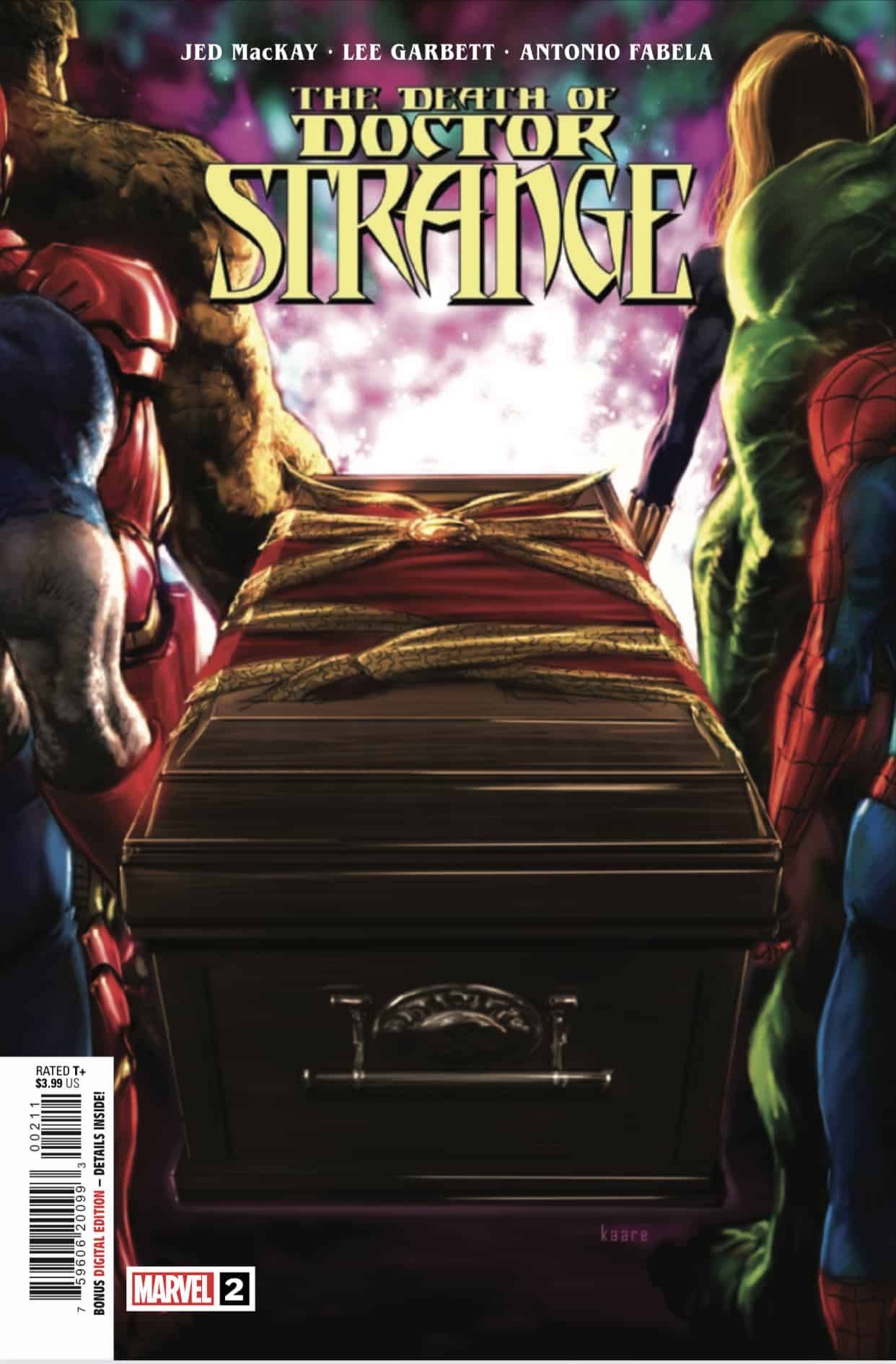 REST IN PEACE STEPHEN STRANGE! With the Sorcerer Supreme gone, so too are Earth’s magical defenses! Now the rest of Earth’s heroes have their hands full with multiple invasions from other dimensions. Some are familiar…but some are new…and frightening! Meet the Three Mothers!

Rejoice! Doctor Strange, the master of black magic is here, straight out of 1962! Long shall he be dead, or at least his contemporary counterpart, while a…I’m not quite sure what he is. The Doc from Strange’s past seems to be a portion of his soul from the very beginning of his timeline, before he became this dimension’s Sorcerer Supreme. I’m kinda digging this issue, but that could be because of the appearance of the Purple One, (not Prince) Clea!!!!!!! and UMAR!!!!!!!! The magical goddesses from the Dark Dimension. They’re dreadfully under utilized magical characters in the Marvel universe. Hopefully that’ll change after this mini (probably won’t). 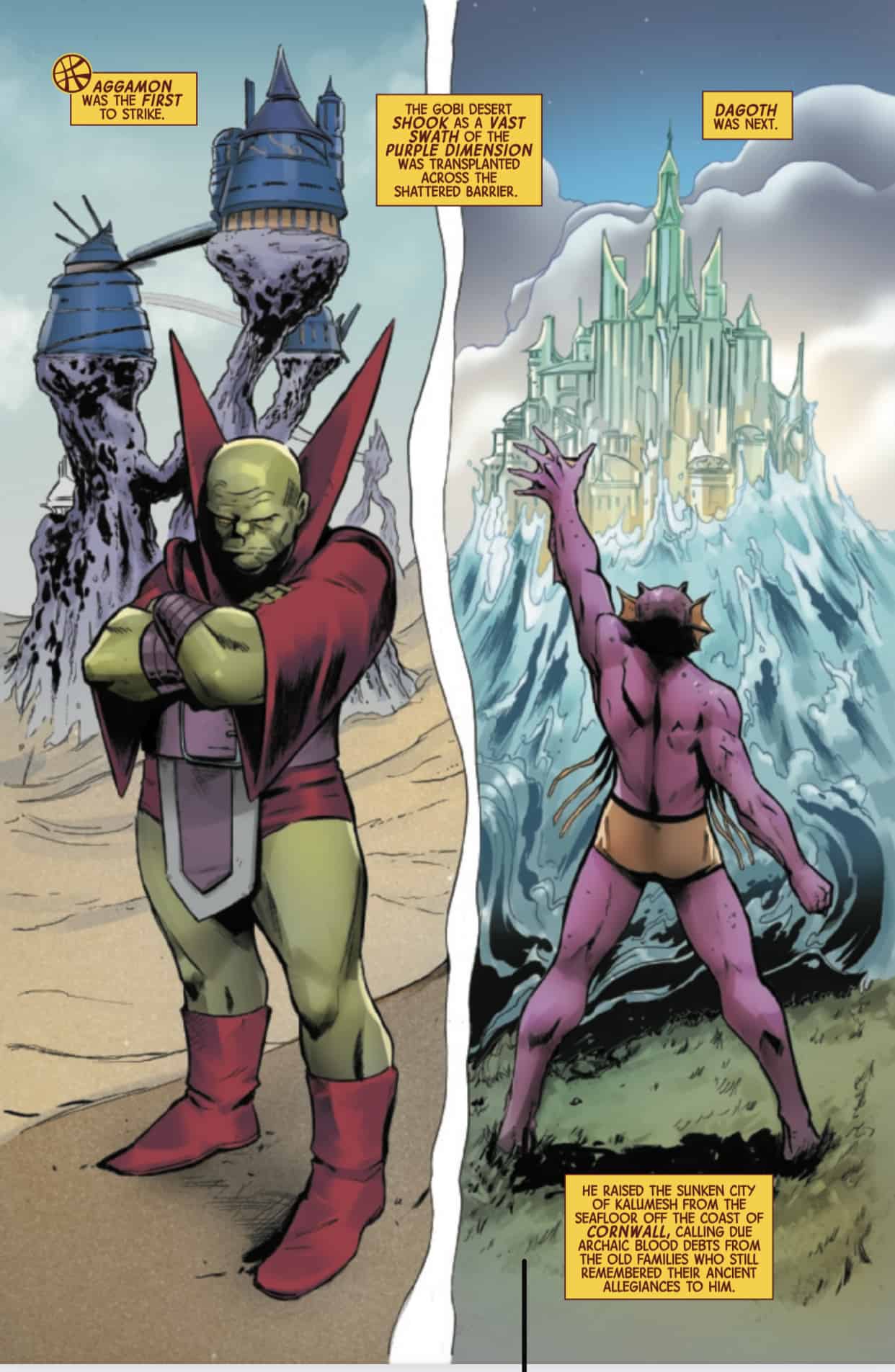 Okay, so in case you couldn’t tell, I’m a huge Doctor Strange fan. I own almost every issue of his solos from his 1975 series from Englehart, Brunner, and later Colan (those are some really great Bronze Age issues, if you get a chance you’ll enjoy them). So seeing them here, along with Tiboro, Dagoth, and Aggamon. Yeah, we literally only get one panel each of these mystic heavyweights, I’m just glad we got someone who wasn’t the Dread Dormammu, Mephisto, or even Satannish (I’ve always lol’d at his name). The issue was a pretty quick read, which was rather disappointing, because I enjoyed this issue a lot more than I did the first issue, so kudos to Mssrs Mackay and Garbett. 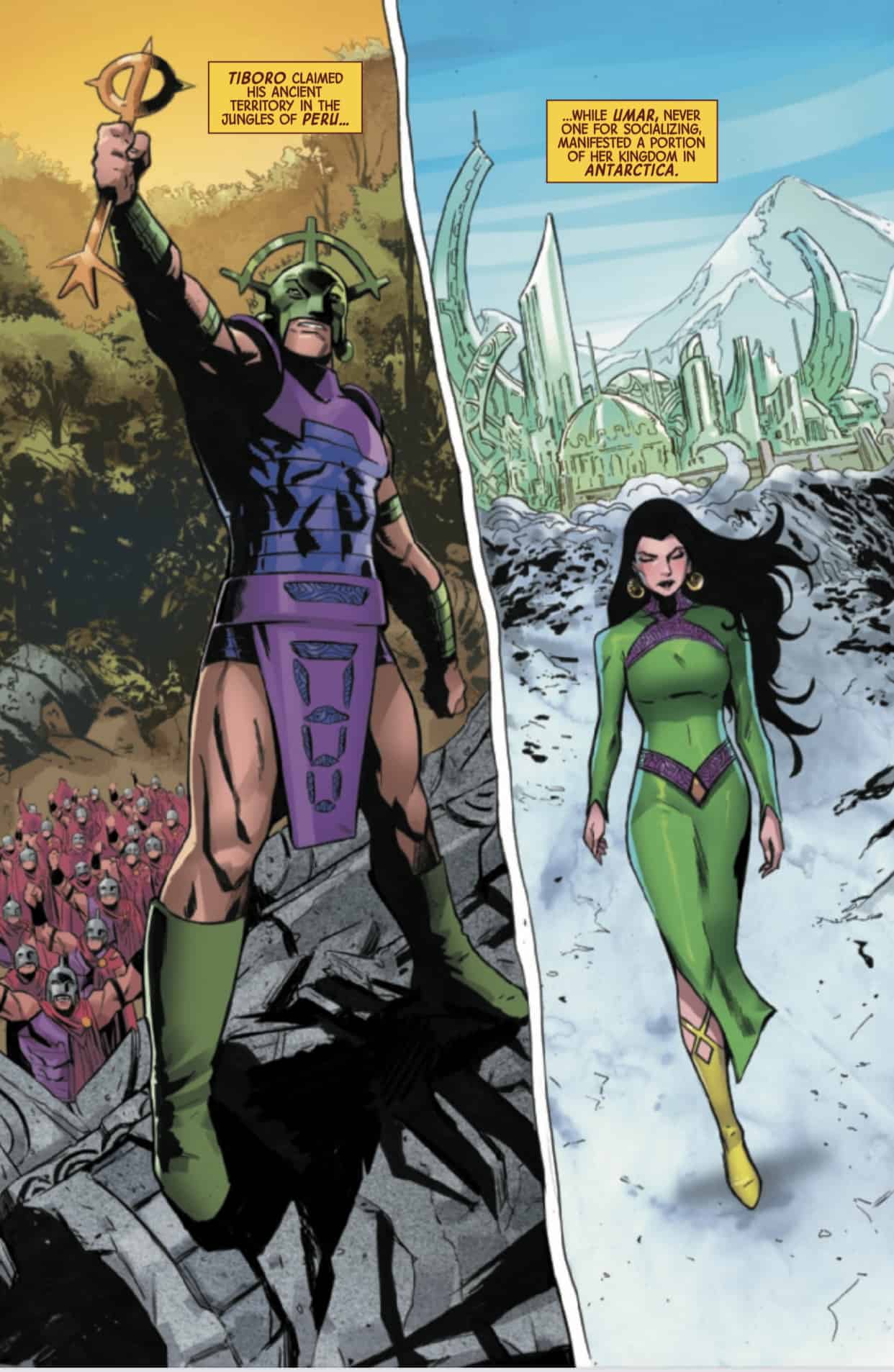 MacKay’s penchant for quick, witty dialogue really shines in this issue. He gives so much sass and character to Strange’s horcrux, that makes it a joy to read. I also liked Garbett’s work more in this issue, but that could be the Clea and Umar effect washing over me. Im drawn to powerful female characters, and they’re both Silver Age remnants full of potential. Clea looks amazing here, kudos to Garbett, and the Three Mothers (who are the minis baddies), are interesting to look at. Especially the one with the Doctor Who Angel head with the body made of worms, and the magic effect for the mother who looks like one of Apocalypse’s horsemen from the Remender run on the Uncanny’s X-Force, and Avengers, so things are definitely looking up with this book. 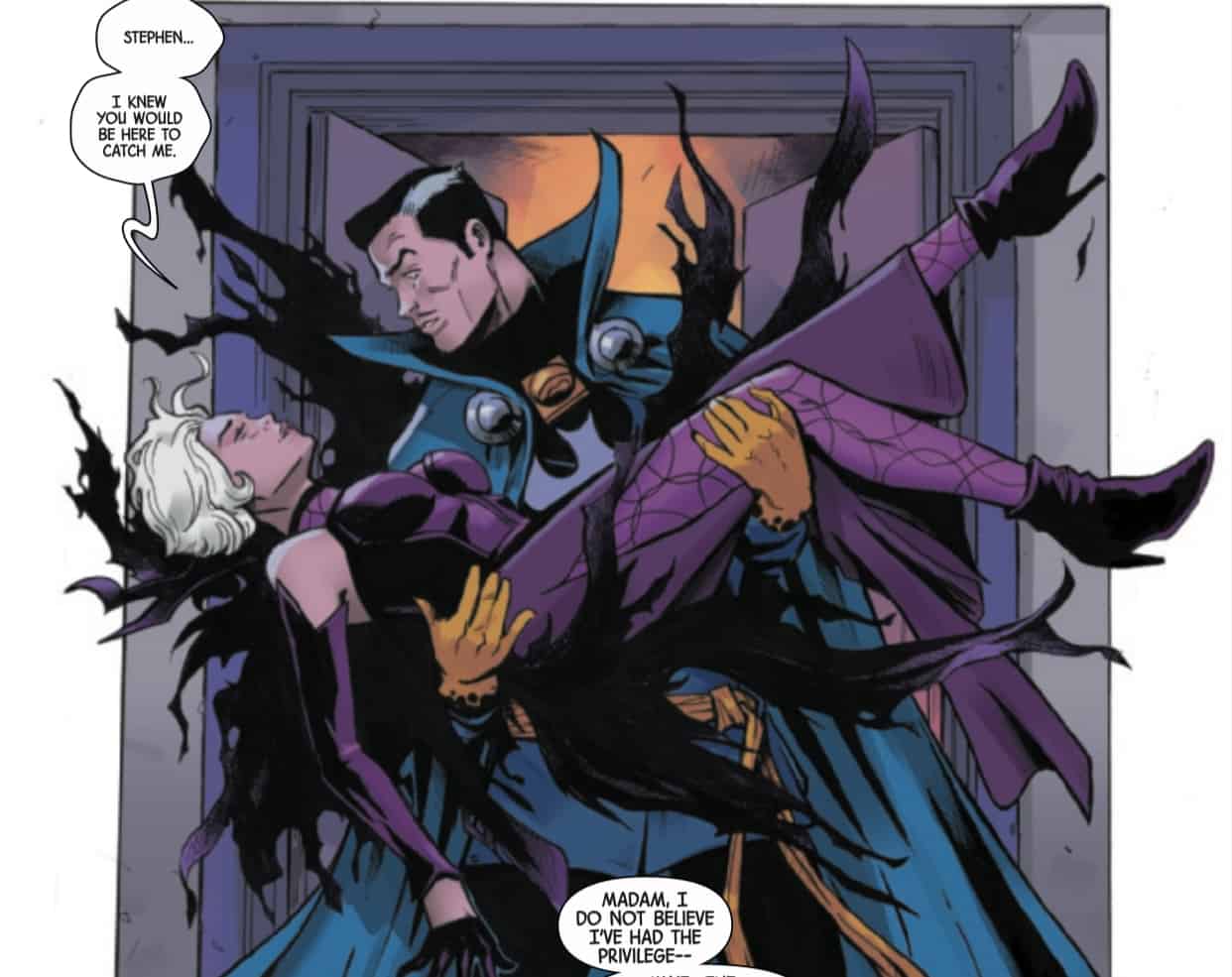 Magic? Check. A who’s who of Marvel’s mystical characters? Check. Quips that mostly land? Check. So with a second issue in, MacKay and Garbett have made the deal of Doctor Strange’s death a fun ride to go along to.