Death of Doctor Strange #5 Clea mind, and the rest will follow 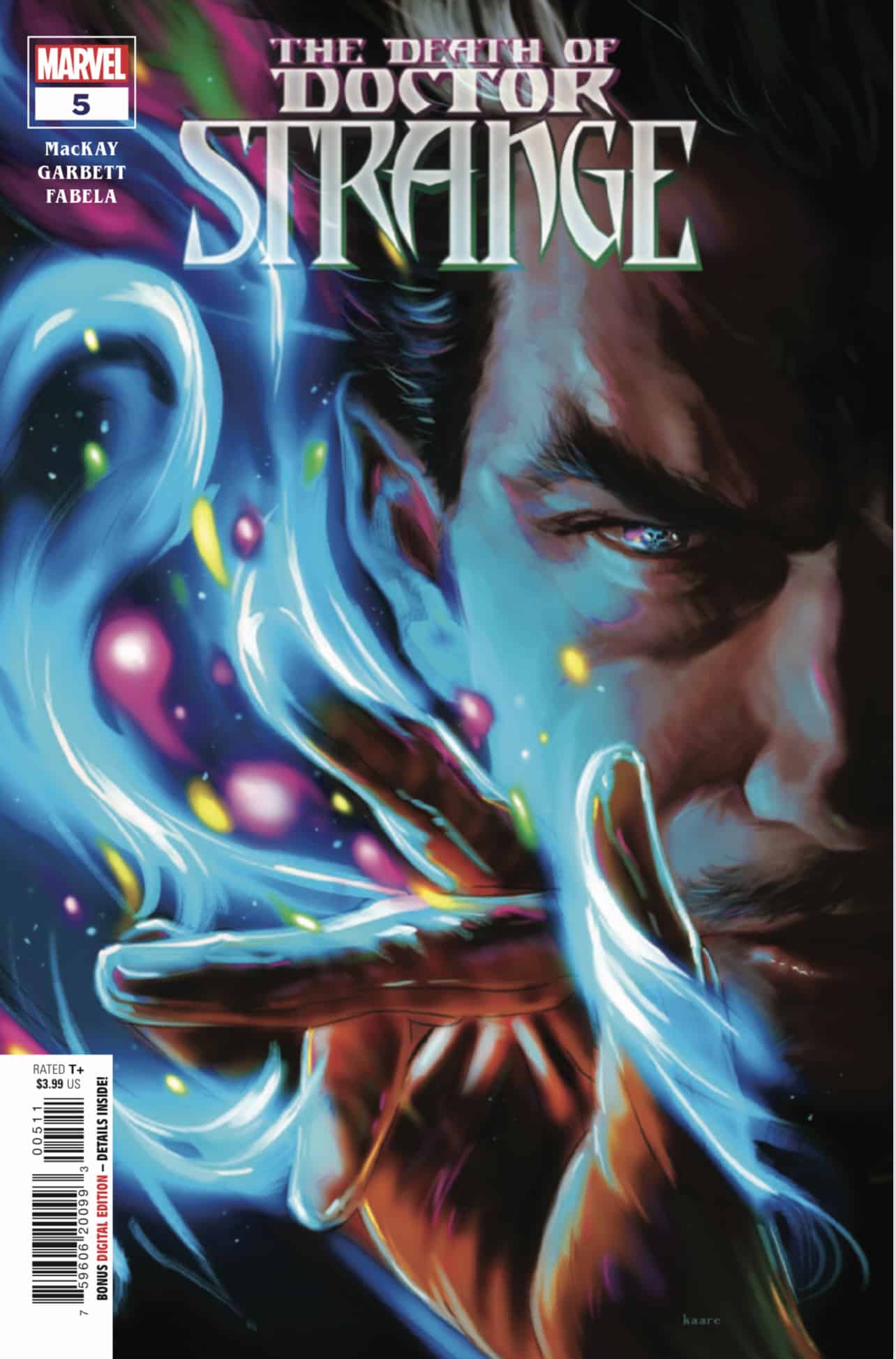 THE MURDERER IS REVEALED! The Marvel Universe stands at the brink of destruction. The Three Mothers and their master, the Peregrine Child, are about to claim victory. And Strange's murderer is having the last laugh. It all comes down to one last trick from the young, time-traveling Doctor Strange…

Beware the burden of magic, because there is always a price to pay, and someone will pay, regardless of your station in the hierarchy of sorcery. With the killer exposed as being Kaecilius, who not only killed the Doc, but also stole his hands, but grafted them to himself to steal the Doctor’s power as well. The doctor from the past resurrects his future self, and combines with the sorcerers’ supremes from other dimensions to defeat the mothers, their child, and saves the day. This also appears to be the end for Stephen, for now, because who really dies in comics? Especially Strange, who has died multiple times against Shuma Gorath alone. 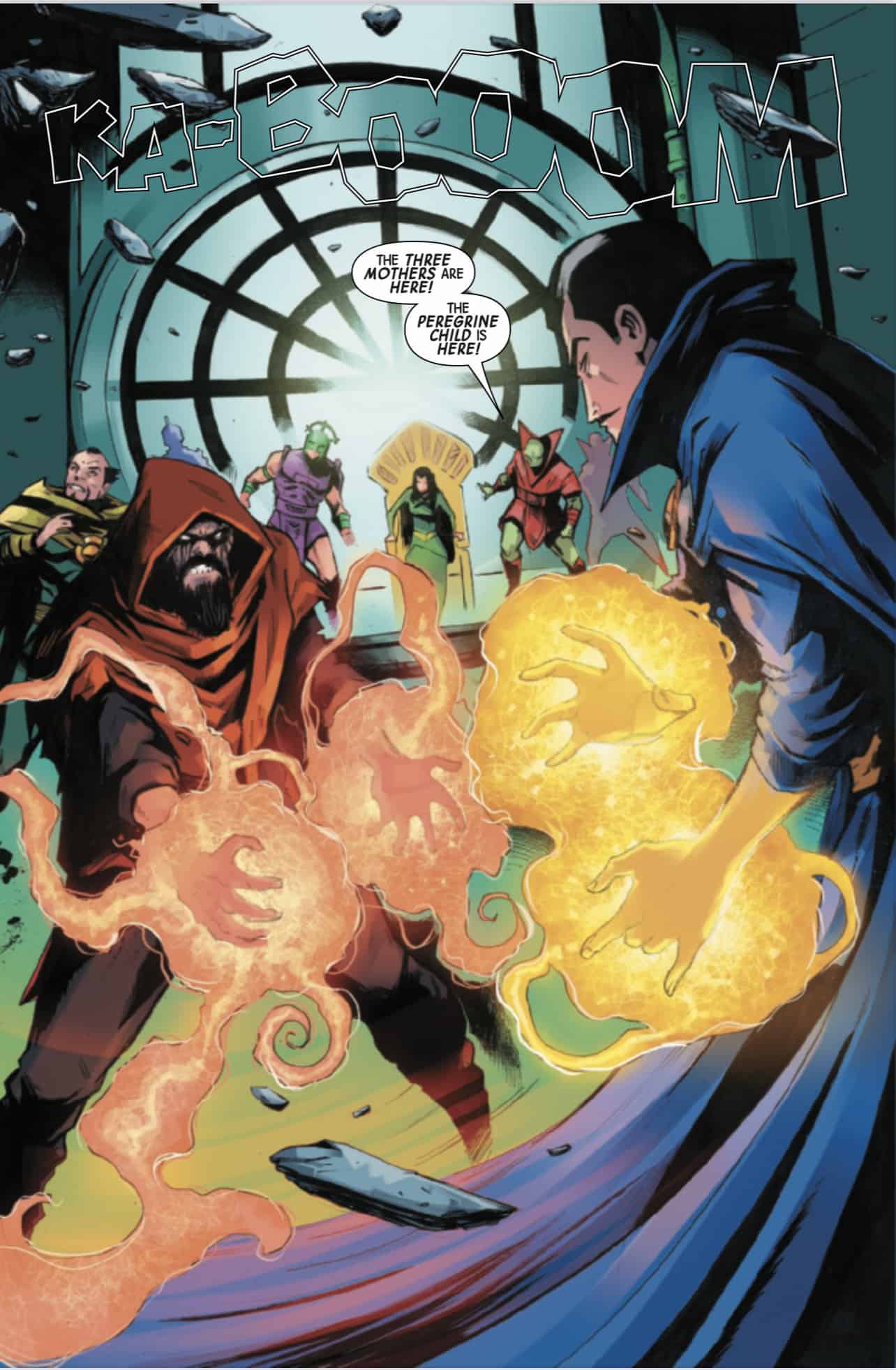 So this issue was a bit of a letdown for me. MacKay has been building this mystery and hyping the power of not only Doc’s killer, but also the mothers and the child’s take down was such a non-factor this issue, that it really let me down. MacKay has become one of my favorite writers that Marvel has placed a lot of faith behind over the last few years, and for a good reason. He’s put out some phenomenal work on series like Black Cat, Moon Knight, and Amazing Spider-Ben, where he’s working with other amazing writers, like Zeb Wells,  Kelly Thompson, Saladin Ahmed, Cody Zigler, Patrick Gleason, and others, so for the ending of this mini to be so…uneventful felt like a disservice to what I know MacKay can deliver. Hopefully the upcoming Clea Strange book will give us the book that I know Jed can give us. 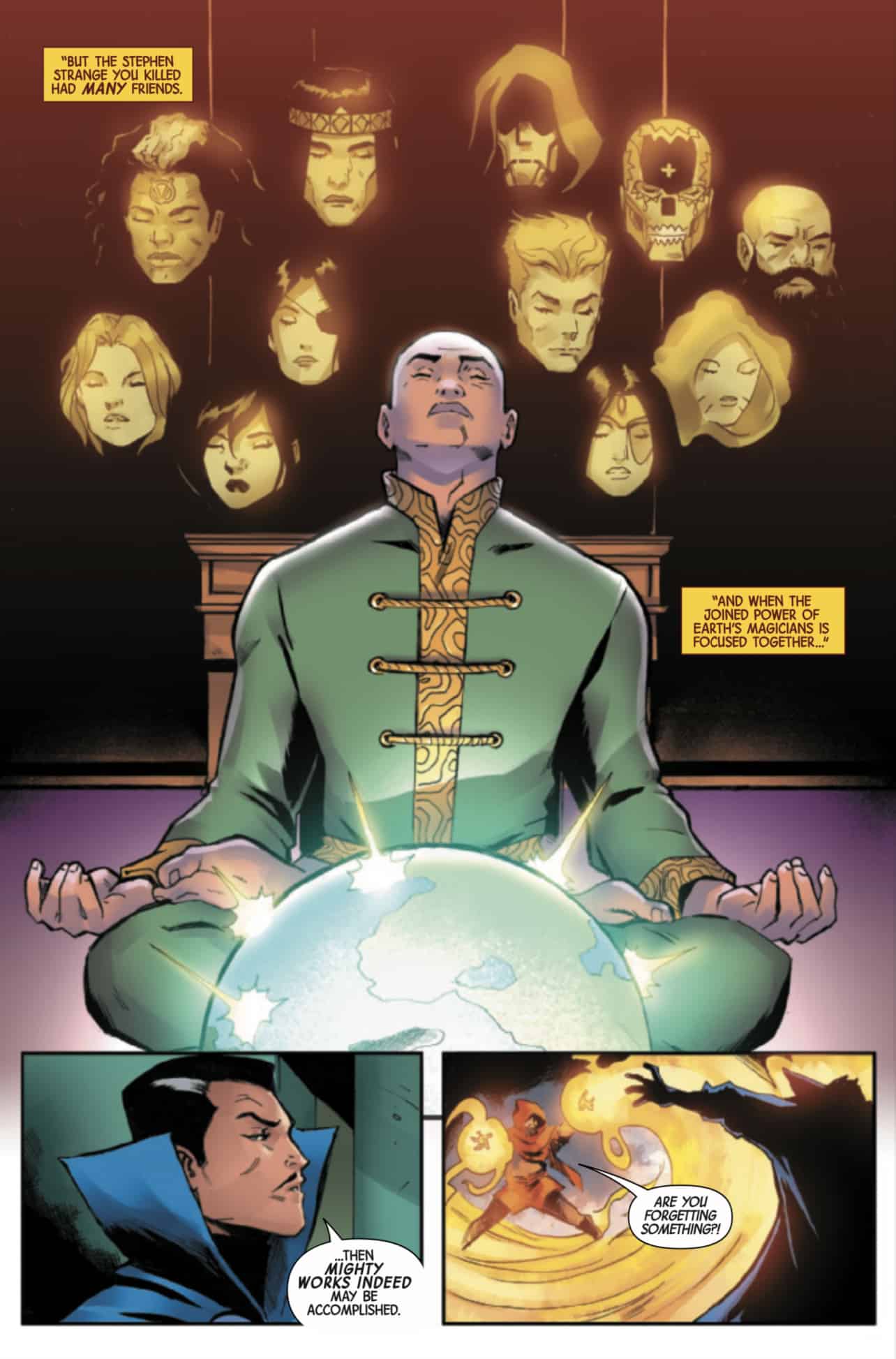 Lee Garbett is back with this issue, and it might be the best issue yet for him. It’s so chock full of characters from across the Marvel universe, yet doesn’t come off as crowded, or messy. The Avengers, the X-Men, Clea, the sorcerers who combine their forces to take down the Mothers and their child look breathtaking here. Even though this is the end for Doctor Strange, there’s so much left to mine with the magical status quo changing. What will happen to the Strange Academy? Will Clea maintain control over the Dark Dimension, plus the 616? Who knows! Marvel really struck gold when they put this team together. I only hope that when Doctor Strange returns, this team will be the team that is able to do it. Seriously. The final page with Clea holding Strange’s artifacts might be one of the most gorgeous ages I’ve read in quite some time. 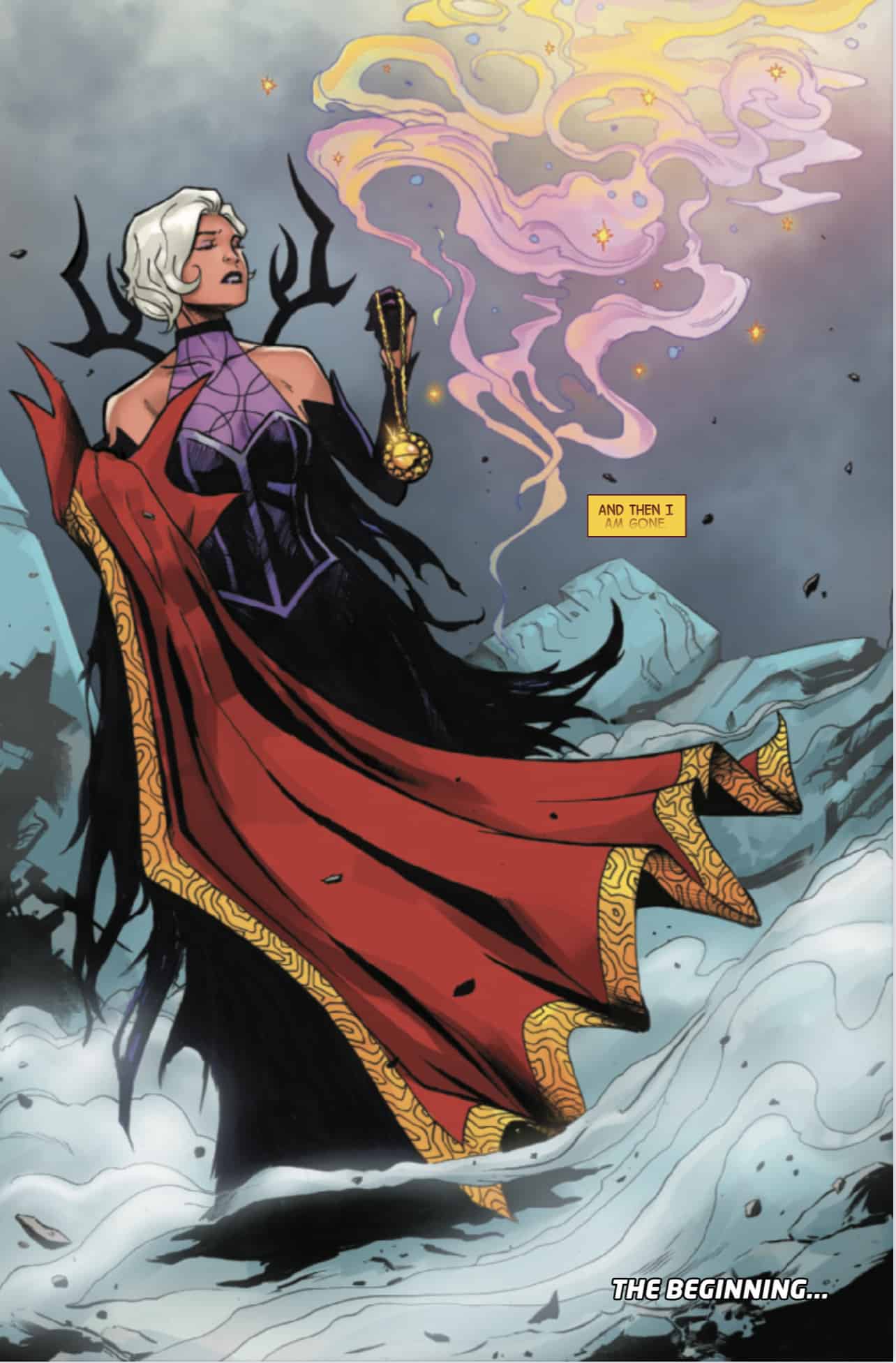 The mystery is solved, and while the ending sorta missed its mark, I have the utmost faith in MacKay to deliver with the upcoming series based around Clea. So much potential to explore, I just hope to see Jed show that not only is Clea not Stephen, but she’s also not human. Sure, she’s humanoid, but her entire existence was in a dimension where darkness and evil magic was the status quo, so Clea will provide a totally unique perspective for our dimensional firmament.

Death of Doctor Strange #5 Clea mind, and the rest will follow