Deathstroke #45: Sins of the Father 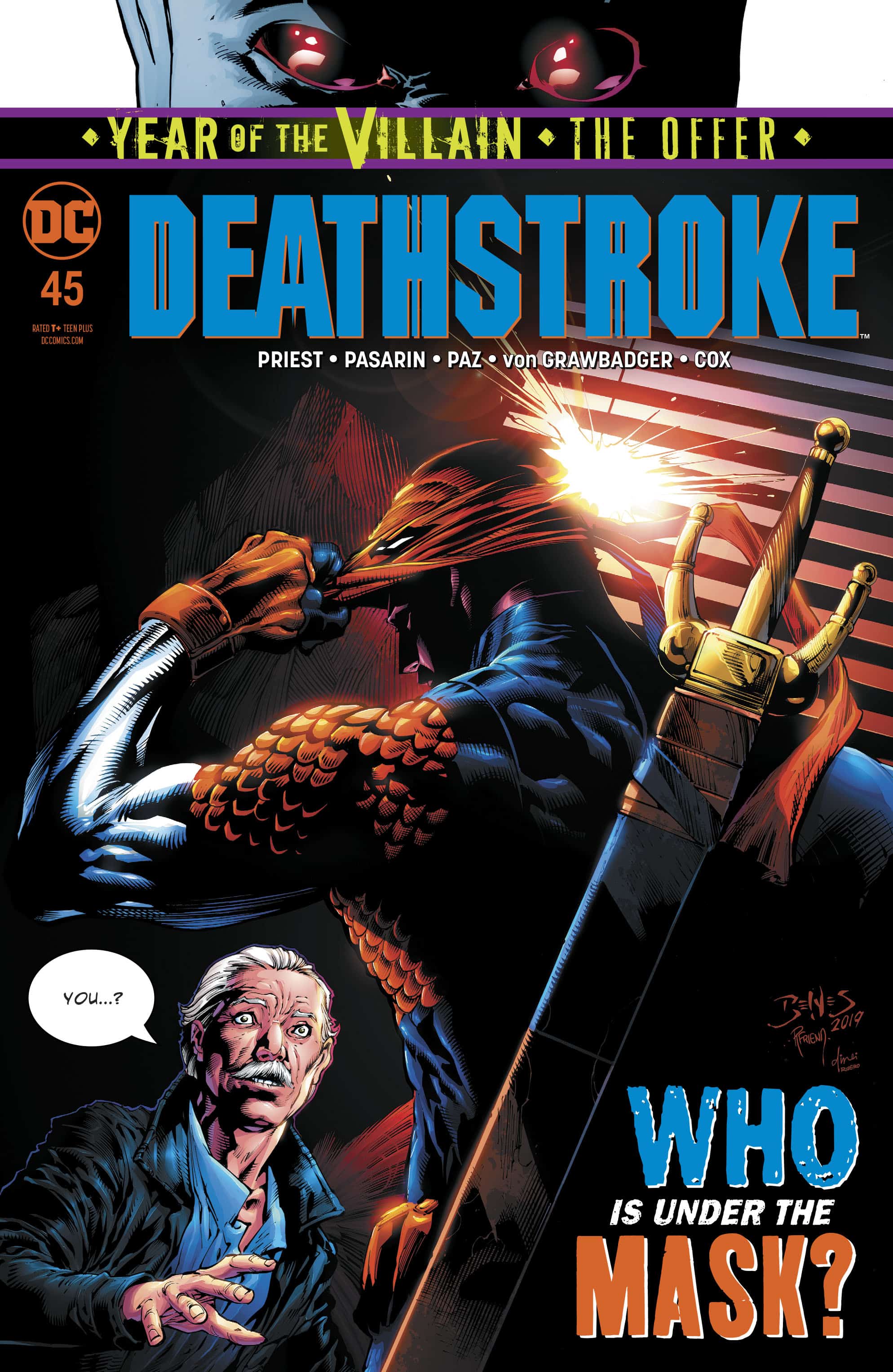 Rose, on a mission to complete Slade's final open contract, encounters Shado out to complete the same contract. During the mission, Rose continually shows her arrogance and inability to conduct business like her father before learning that Shado's daughter, Emiko, killed Deathstroke. 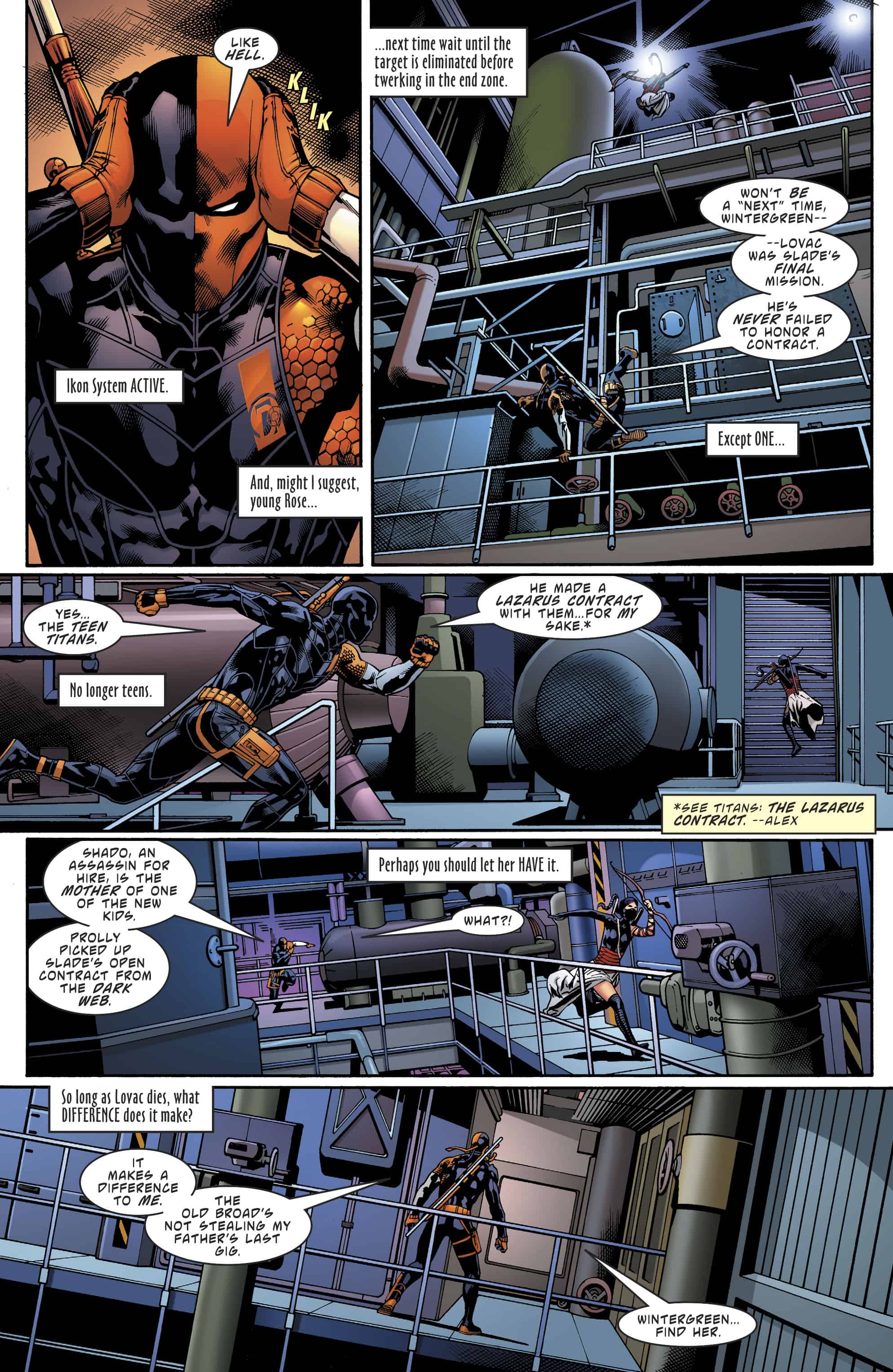 Meanwhile, Joseph is set to enjoy a night out with his boyfriend before he's called to action to bail Rose out her sticky situation. Terrance and Joseph fight and it is revealed that Terrance had planned on proposing that evening before Joseph leaves to "rescue" Rose. During the rescue mission, Rose learns that Joseph not only knew who had killed their father but he had played an active role in sending Slade to the Teen Titans, causing Rose to declare war on the Teen Titans. 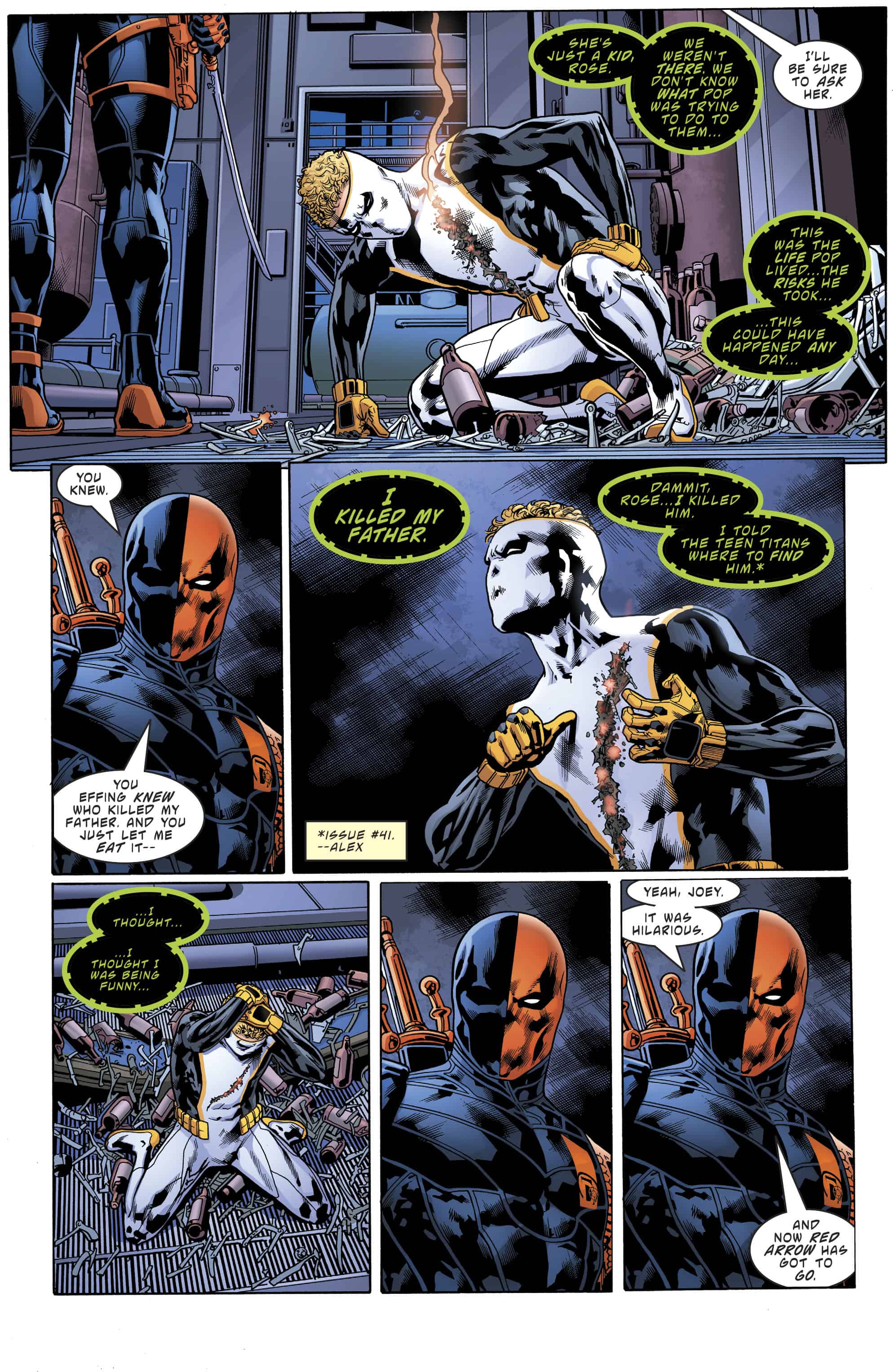 In the aftermath of the siblings blow-out, Joseph is left behind, wounded, with his Ikon suit destroyed. He reaches out to his mother (who is in the process of being fired) but it is Luthor who comes to his rescue, offering Joseph a place in the Legion of Doom.

This issue plays to the long-game, as Priest has been doing throughout this entire run. There is a distinct shift in the status quo of the book beyond just Slade’s death (he’ll be back soon enough). What we are seeing is Priest exploring the damage and trauma of Rose and Joseph, very methodically, as each of the characters’ flaws are laid bare. Ego, arrogance, self-doubt– these children of Slade are riddled with complex emotions that seem to bar both of them from being their best selves. Moving forward, it will be extremely interesting to see which paths the kids choose.

The art in this series continues to be excellent. ’nuff said.

One minor quibble. The relationship with Joseph and Terrance seems out of place and overly-accelerated. I can’t specifically recall seeing Terrance before in any significant capacity and it wasn’t all that long ago that Joseph was engaged before, not to mention his brief entanglement with Dr. Ikon. It was an unusual moment of forced character development. 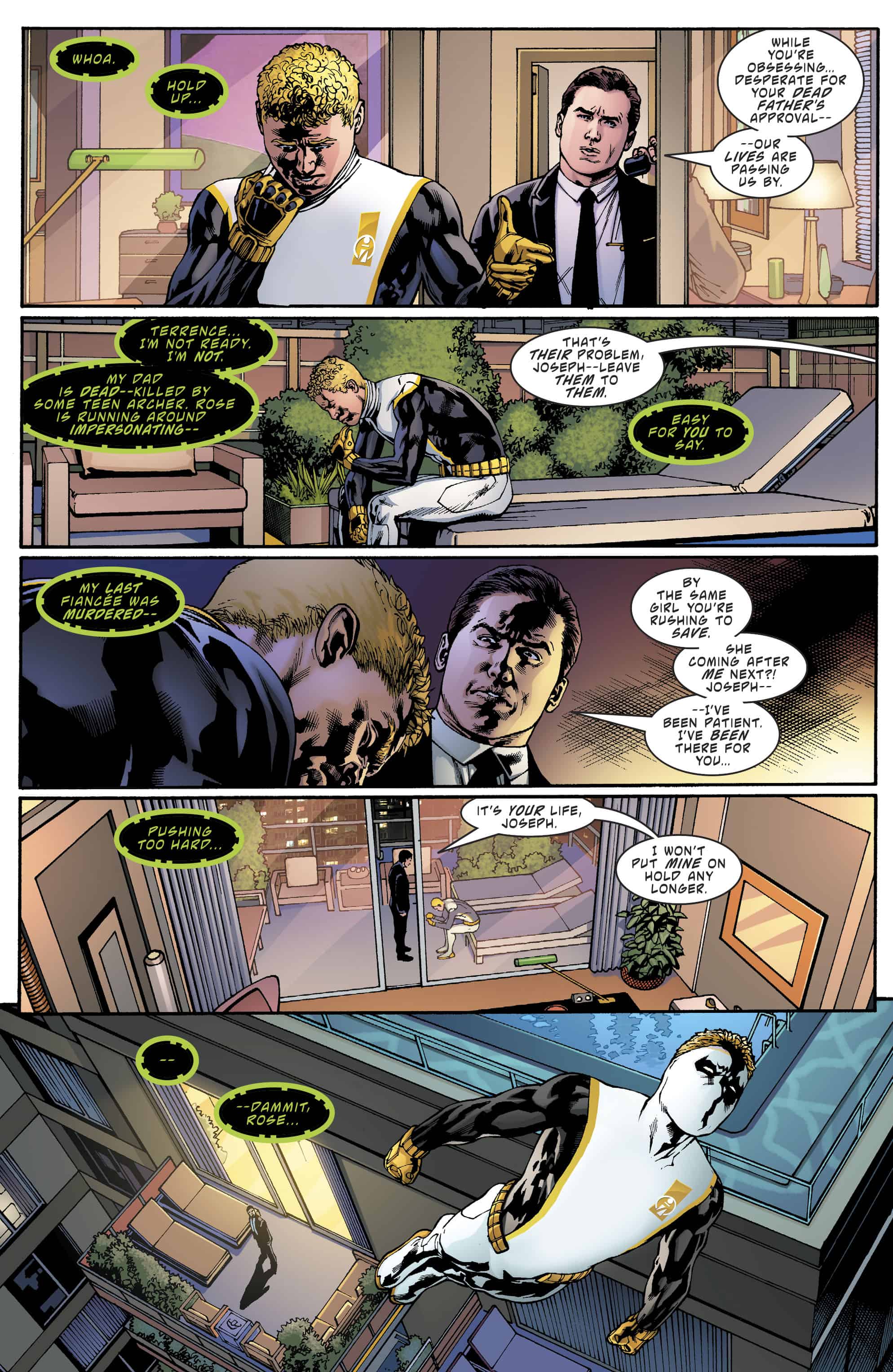 Follow the slow unraveling of Slade's surviving children in Deathstroke #45, a "Year of the Villain: The Offer" tie-in.

Deathstroke #45: Sins of the Father