Deathstroke #47: Too Many Slades 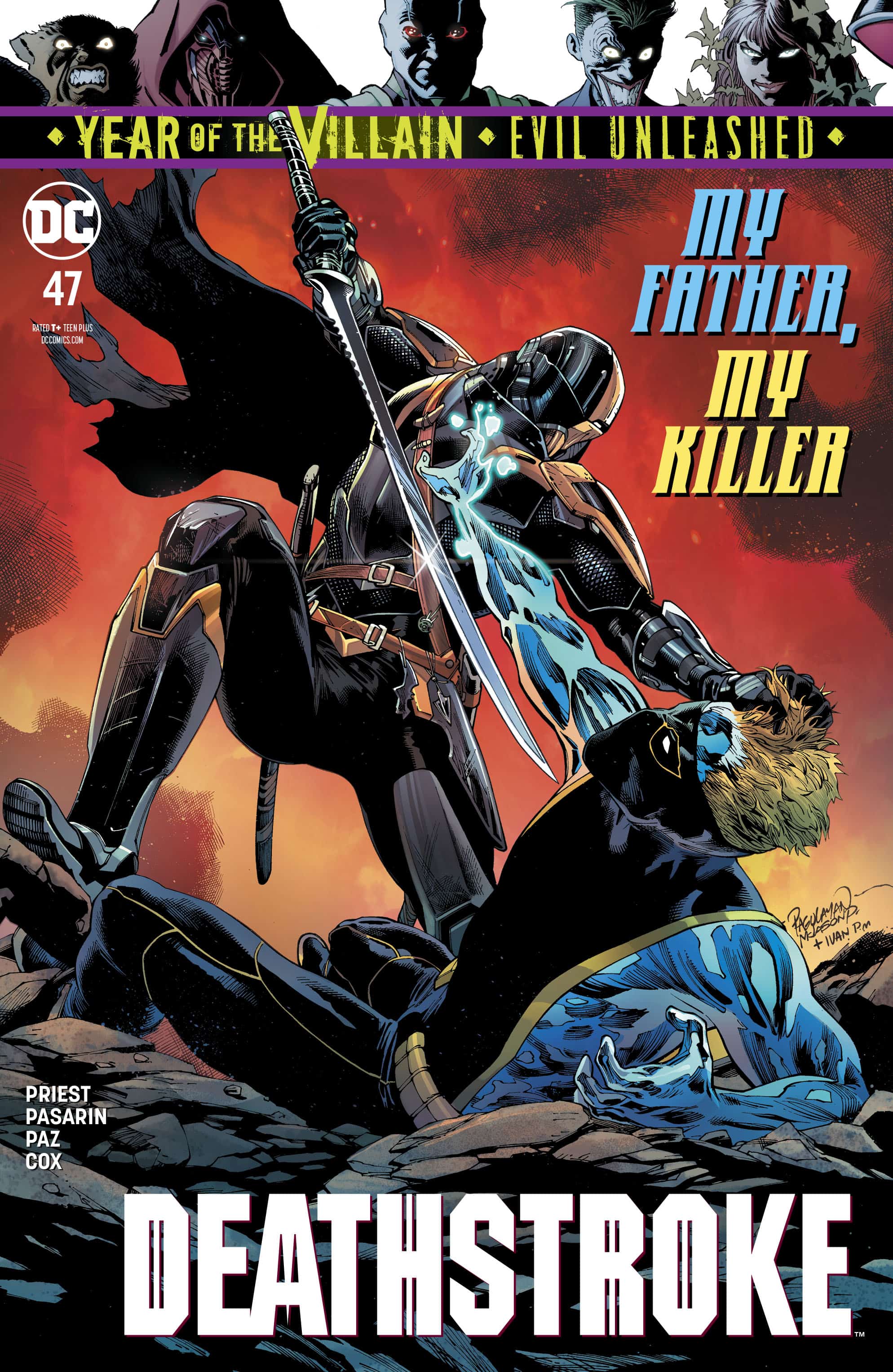 After being pronounced dead, Slade Wilson awakens in his daughter’s apartment with no memory of how he got there. Meanwhile, Jericho’s newly discovered powers continue to escalate, severing the now-godlike Joseph from his own humanity. Will absolute power corrupt Deathstroke’s good son? 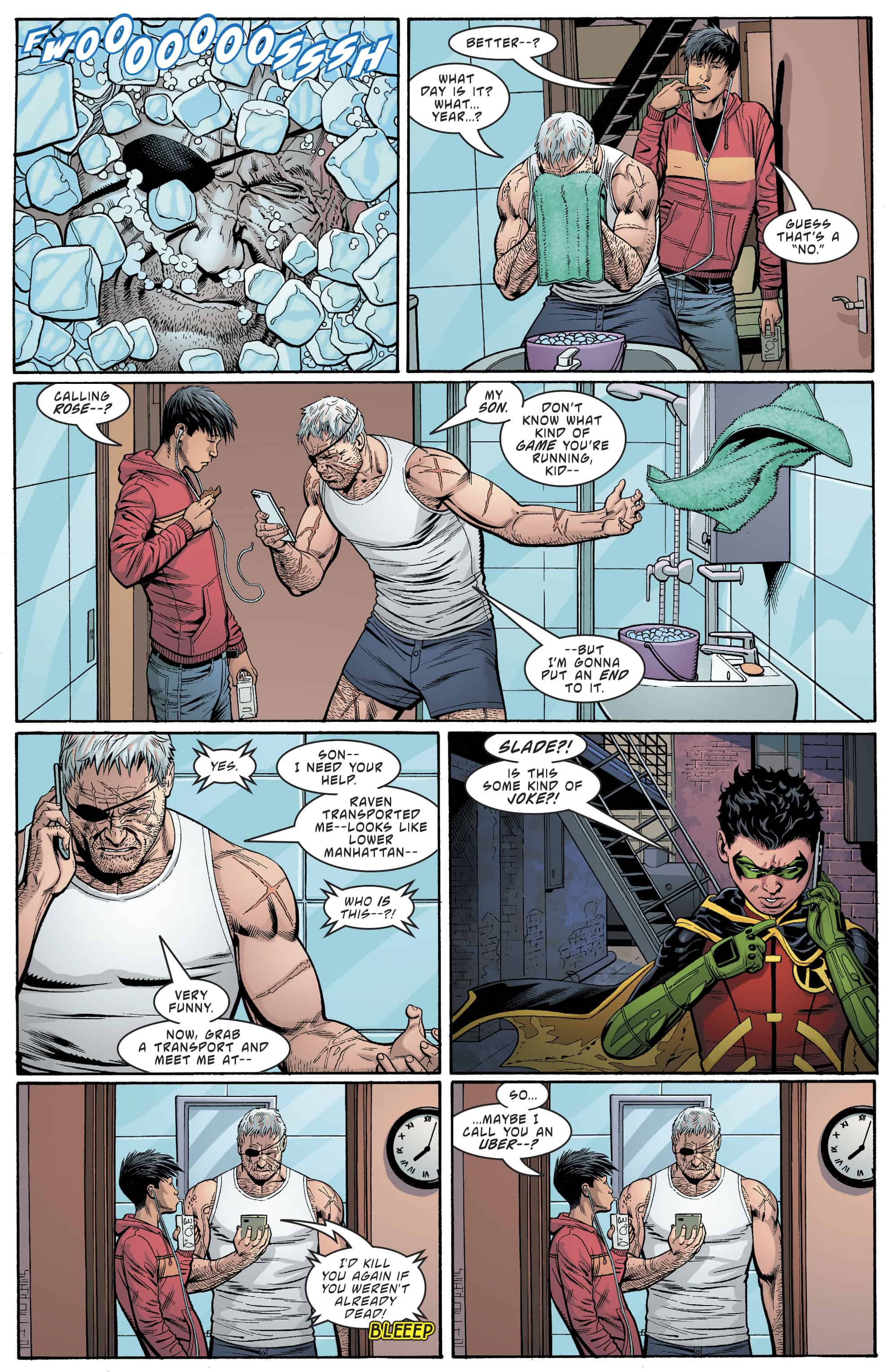 I have been covering this series for quite some time now and if you haven’t heard me say it before, let me reiterate: Priest is playing the long game with this series. With the sudden announcement that the final issue is nigh (#50) the events of this issue will certainly play a major role in how the series wraps up. I say all of this as a preface for saying that this particular issue is a bit of a jumbled mess. And that’s okay in the grand scheme of things. As reviewers, we tend to focus on the matter of the issue in hand as if it exists in vacuum and the majority of the time, that serves the greater good. Most plots are, simply put, not as complex as the one being woven here by Priest. Every detail matters, eventually, even if you can’t quite tell why yet. 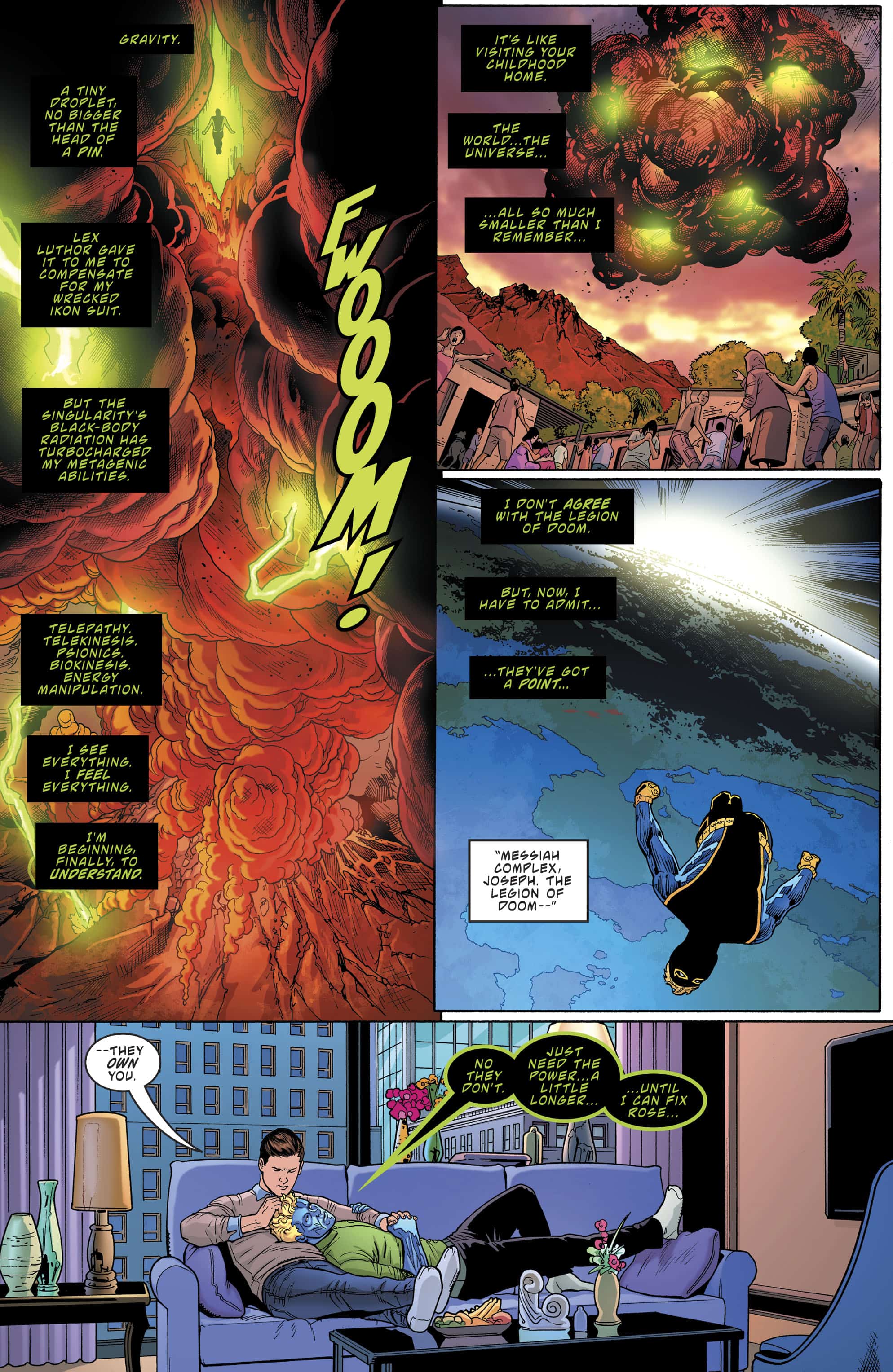 While I have speculations as to the meaning of what appears to be multiple iterations of Deathstroke appearing in these pages and who they may or may not be, there doesn’t seem to be much to be gained in speculation at this point. The heart of this story, although occupying a rather small number of pages, is the development of Joey thanks to the gifts bestowed upon him by the Legion of Doom. We see a telepath unchained in these pages, struggling with the scope and responsibility of such power. While these concepts are nothing particularly innovative or fresh for longtime comics readers, they do play out on a number of scales, from the global to the personal, and as such seem at the very least crucial to the future of the character and his relationship with Slade Wilson, his father. This series has always been more than its namesake as it has gone to great lengths to further develop the legacy of Deathstroke through his family and in that, the issue proves no different from the previous forty-six issues. 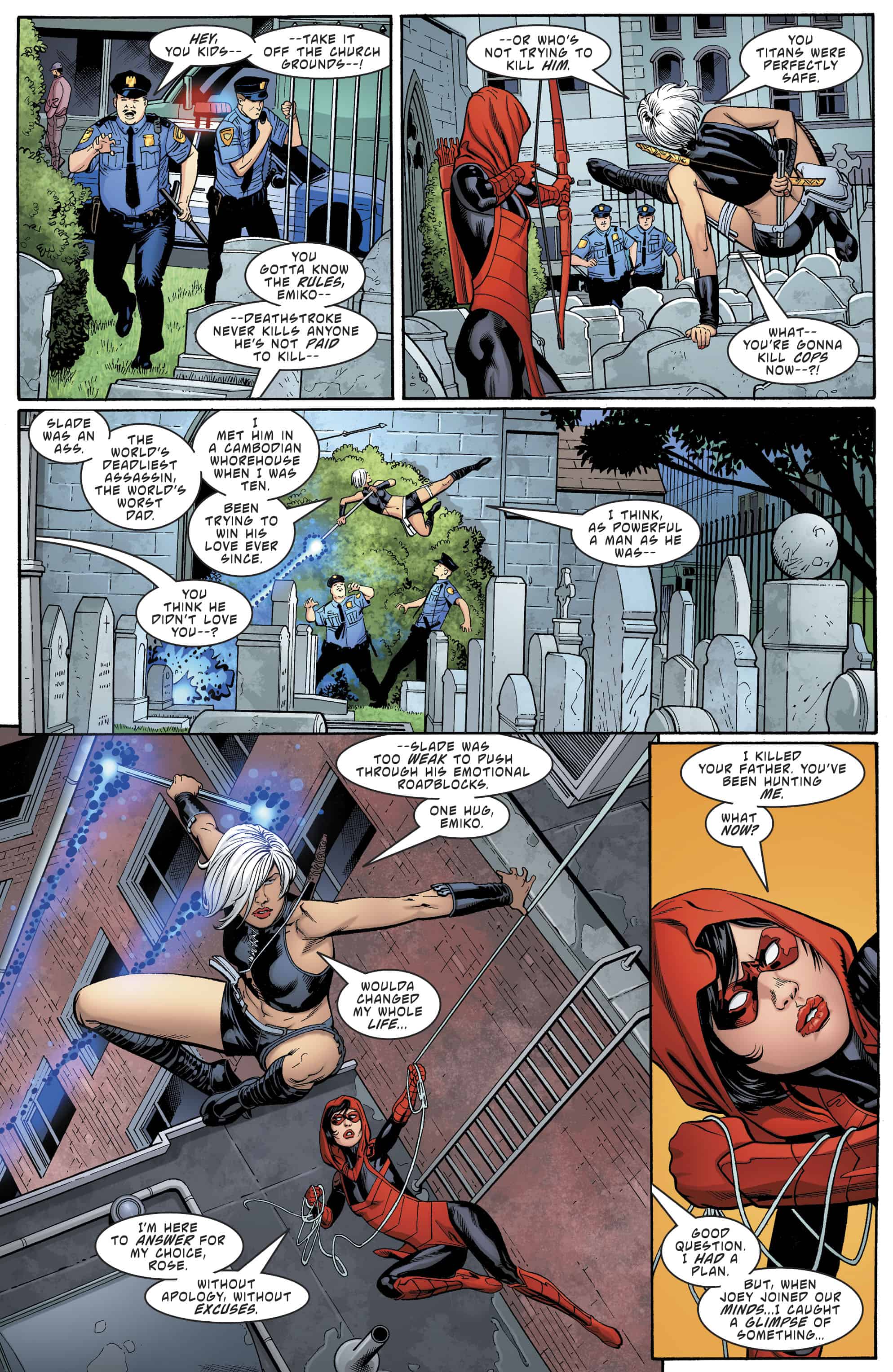 Also consistent with the rest of the series is the artwork. I couldn’t tell you why Pasarin has three separate inkers at work in this issue but, hey, if ain’t broke. From figures to layouts, this book is simply gorgeous. The closer we get to the end of this highly underrated the series, the more excited I am to see what comes next from the various creators who have been hard at work pumping out such an incredible book on a monthly basis.

Deathstroke #47 (Priest, Pasarin) continues the "Year of the Villain" tie-in story with excellent character work amidst a moderately difficult to follow plot.

Deathstroke #47: Too Many Slades

Black Knight Curse of the Ebony Blade #5: As is Right and Proper
July 29, 2021
Recent News & Reviews