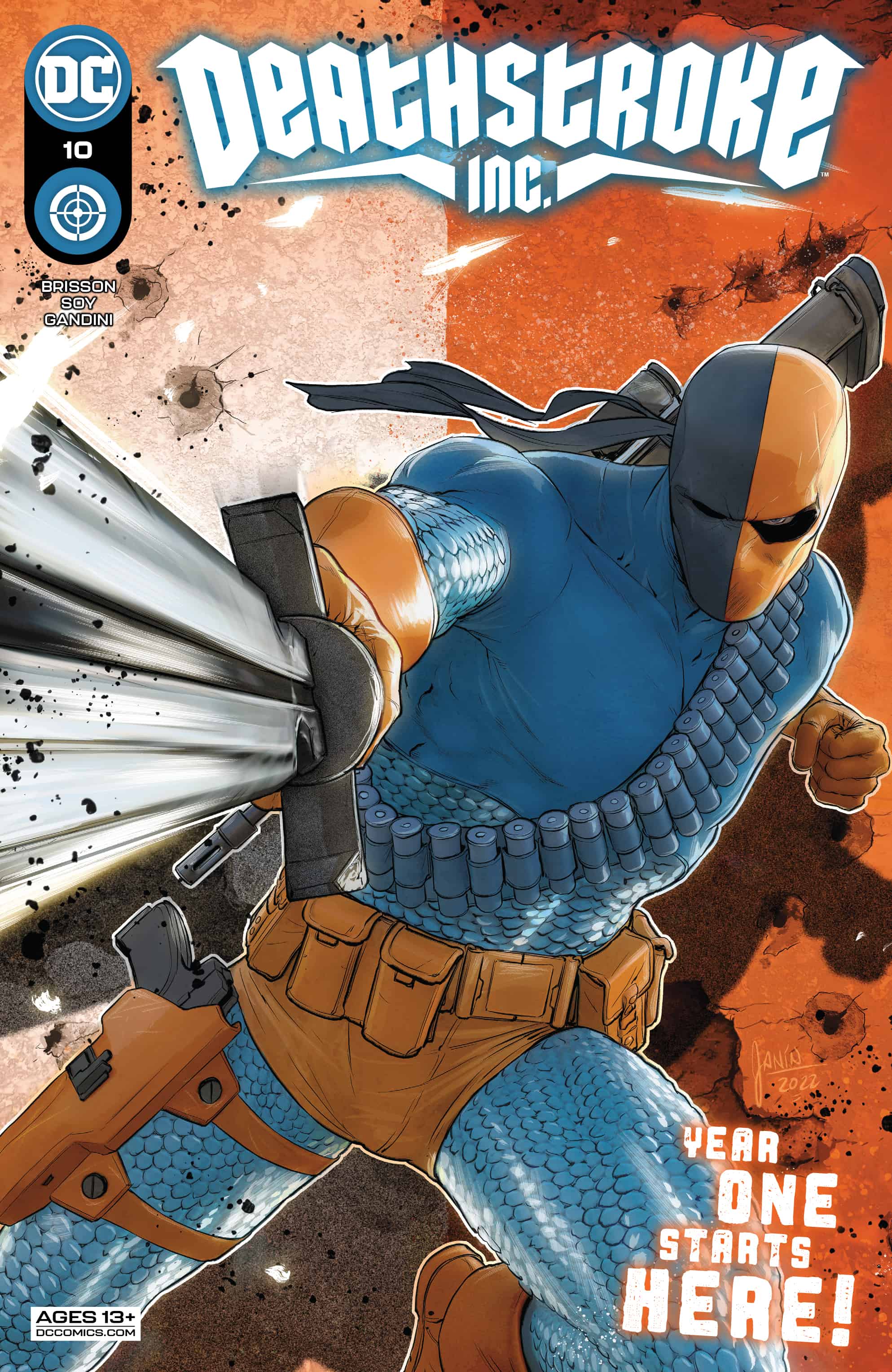 Before he was King of the Supervillains, before he was Deathstroke, he was Slade Wilson. What caused this former Soldier to become one of the greatest threats to menace the DC Universe? Was it just because of the experiment that gave him his superpowers or has he always had this darkness inside of him? Deathstroke: Year One starts here!

The story of Slade Wilson is a story of family. 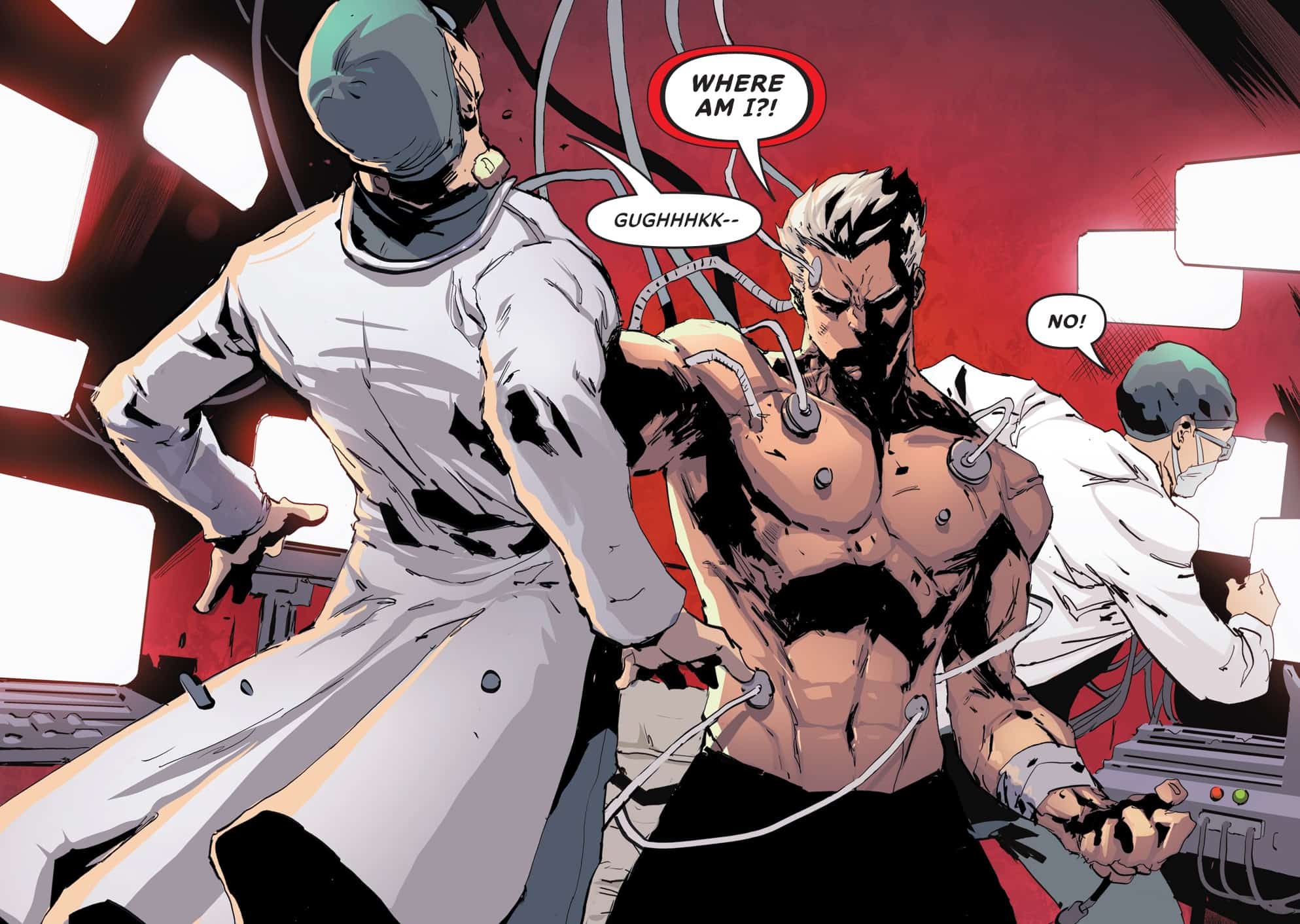 In recent years, there have been many attempts to slightly soften the image of the mega creep and supervillain that is Deathstroke. Through Tony Daniel’s run and later Christopher Priest’s fantastic stint with the character, we’ve seen Slade try again and again to become something of a family man – reconnecting with his children before eventually falling back into his old bad habits. Even the initial issues of Deathstroke Inc. tried to address this by having Slade try to become a hero again before proclaiming himself King of the Supervillains. Something inside of this man won’t let him and that’s where Ed Brisson comes in.

Brisson has a way with brooding, violent protagonists such as Ghost Rider and Wolverine and his own series, The Violent, and this translates well to this new retelling of Slade Wilson’s early days as a mercenary. After the experiment that gives him his powers makes him look weak to his family, something breaks in his psyche and all he can think about is getting stronger and stronger – testing his limits. Brisson is easily able to convey Slade’s mentality that fathers are meant to be seen as strong and this causes conflict with his ever-present wife, Adeline who already seems to fear the dangerous road that he’s heading towards. 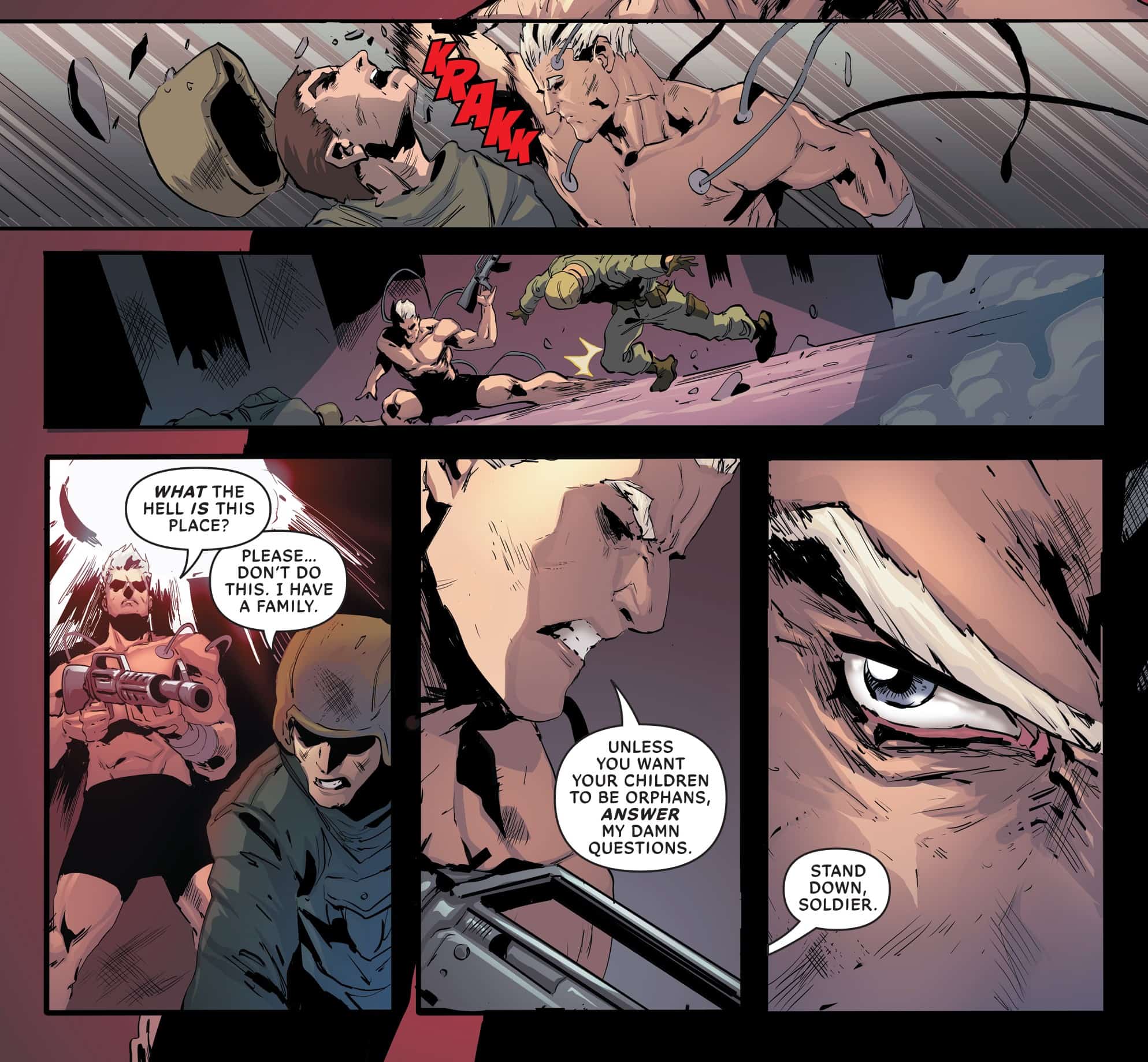 Through Slade’s introspective narration, we see where he breaks with his wife and even his son, slightly seeing them as anchors weighing him down. He also feels betrayed by the government he gave everything to as they simply toss him away after they deem his experiment a failure. This is his breaking point as he’s been a dog of war for most of his life and they’ve taken that away from him, giving him a discharge with full pension for his troubles and it’s not enough. It’s excellent writing that shows compounding trauma that led a man who was already disturbed to become one of the greatest monsters in the DC universe.

I can honestly say that I don’t think any Deathstroke book has ever had bad art and that only continues with one of the best artists DC has in their employ with the fantastic Dexter Soy. Soy’s art is usually very hard hitting and gritty and that shows in this book with the few fight scenes that we get. Through Slade’s excellent musculature we feel every impact as he slams people’s heads into the ground or onto their backs and with Soy’s use of speed lines, we see just how swiftly Slade can punch someone in the face and send their teeth flying.

But where the book really shines are through the calm moments. Soy is very good at showing emotion through facial expressions and we’re allowed to see the concern in Adeline’s eyes when she sees how weak Slade is post experiment, we see the curiosity of his son Grant when they go hunting and later the boy’s horror when they actually catch something. And best of all, we see the despair on Slade’s sickly face before it turns into a look of cold determination and rage. It helps to see what Deathstroke is feeling at any given time and show’s us what’s behind his eyes.

Veronica Gandini’s colors further enhance the reading experience by bringing the book to life. While Soy’s inks give the book a sense of depth and his cinematic paneling helps to make things dynamic, Gandini’s use of colors bring out the emotion in each and every page. The reds used in the first few pages of the book capture Deathstroke’s rage as he awakens after the experiment, not remembering what happened to him. The later blues used when he’s feeling sick show how cold, alone and isolated he feels because of his predicament. And much later on when Slade finally starts to experiment with what he’ll become, he dons a bright orange balaclava and it is probably the hypest moment in the book! And that’s all thanks to Gandini and her excellent eye for lighting and color.

While a bit of a slow start, Deathstroke: Year One is certainly another big step forward in further understanding the psyche of Slade Wilson. Ed Brisson's writing is great and personal, Dexter Soy and Veronica Gandini’s art and colors carry forth the emotional weight of the book. As a new jumping on point for the Deathstroke character, this isn’t a bad place to start at all!