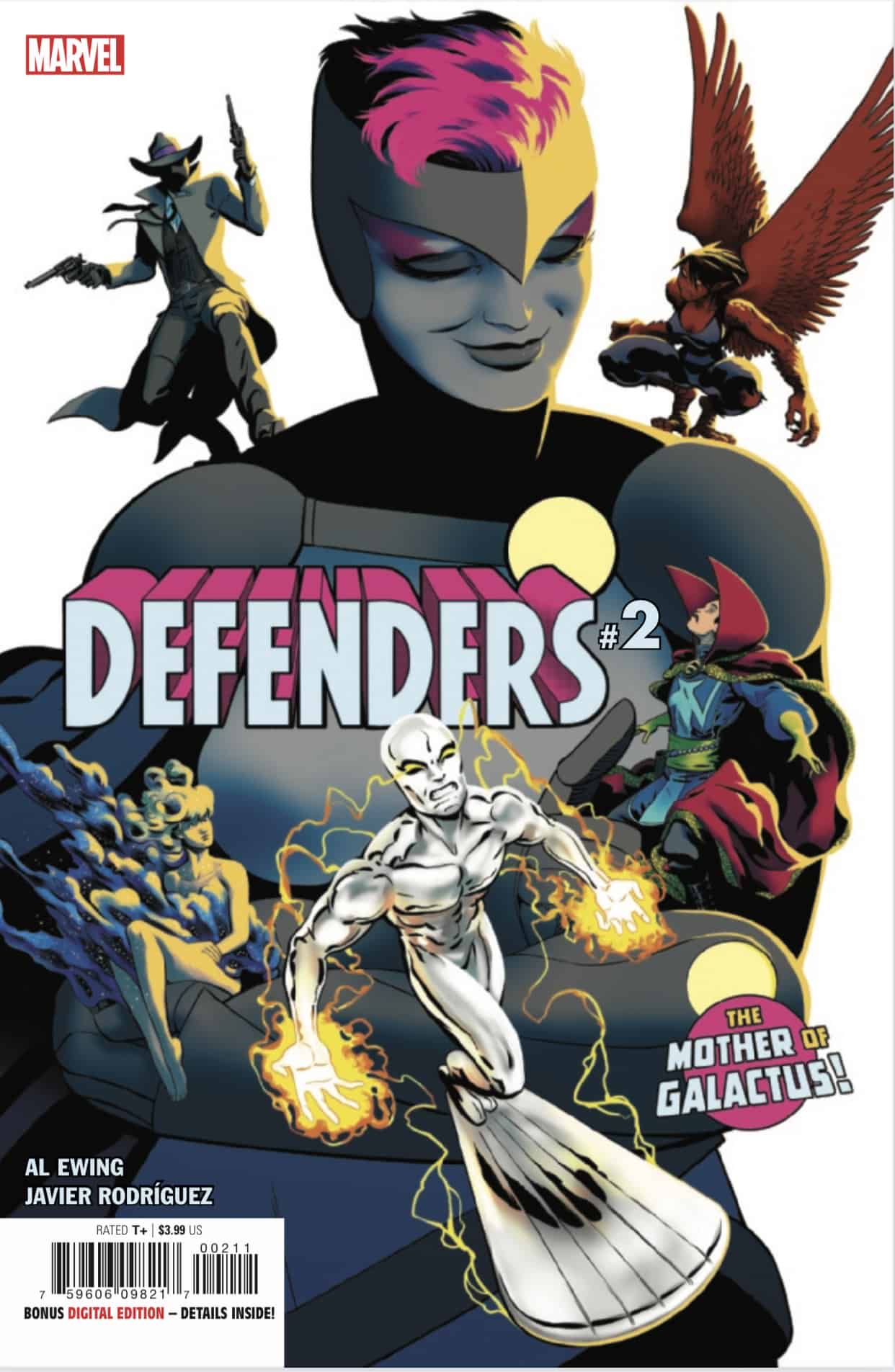 THE MOTHER OF GALACTUS? The Defenders find themselves in the birthplace of Galactus — but the Devourer is not the man they remember. Meet Taaia, Omnimax and more as Al Ewing and Javier Rodríguez expands the cosmos — and put Doctor Strange’s makeshift magical team in extreme jeopardy!

Behold the coming of a Titan. The Defenders witness the origin of Galactus, and the Silver Surfer has that existential moment where he has to answer that question if he were given the chance to kill baby Hitler, or in this case Galactus, would he? What he does seems to surprise both himself and the Masked Raider. The gift the Surfer gave baby Galan gives an incredible amount of depth to Galactus and his purpose in the Seventh Cosmos. Strange and Galactus’s mom seem to be hitting it off, which seems kinda awkward. I mean, Strange transverses realities to get some…strange seems like it came out of left field. It’s Ewing, and there have been very few comics I haven’t loved, so I’m willing to wait until the end to pass judgment on this plot thread. 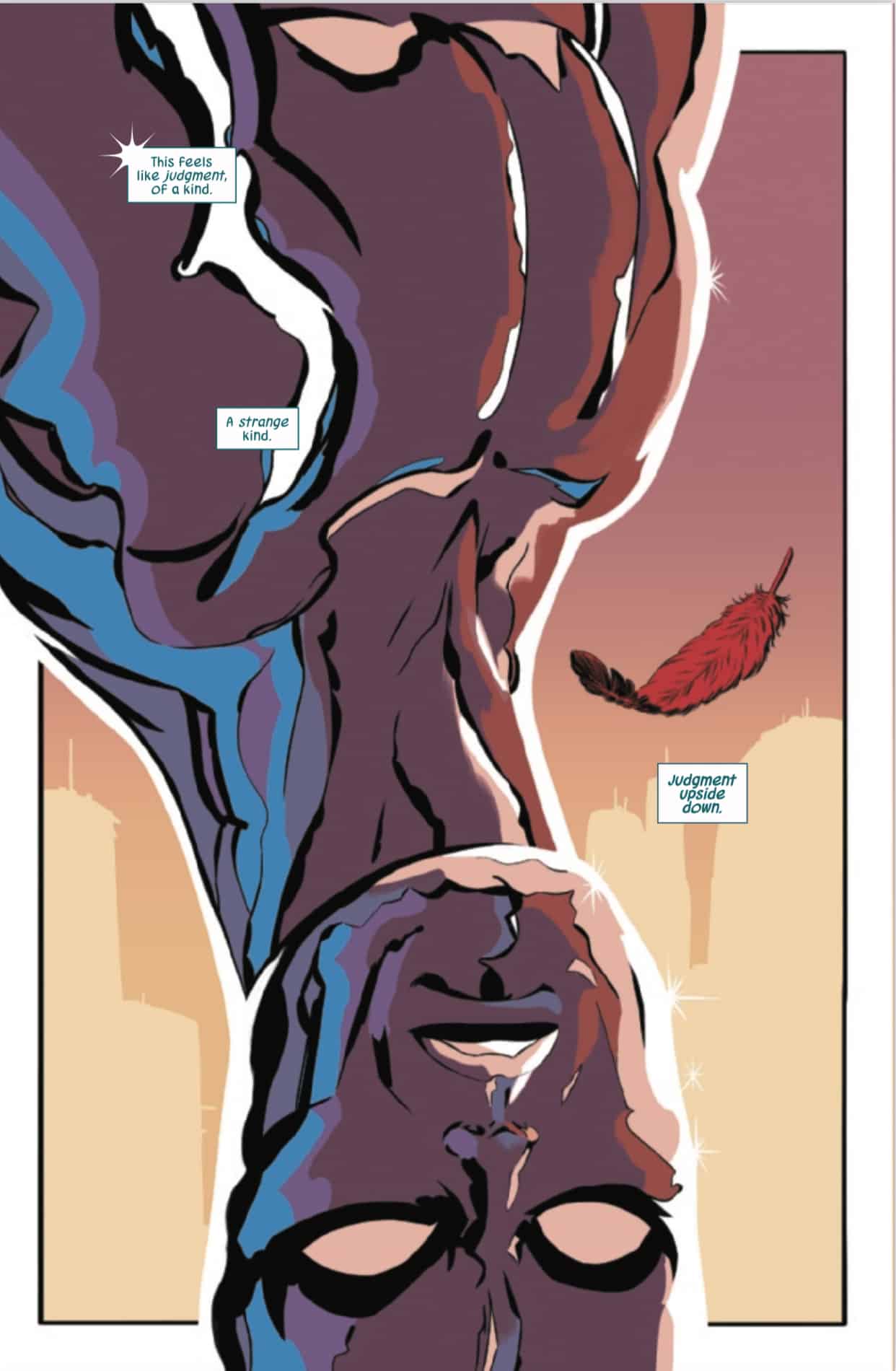 One thing I’m rather disappointed in was the lack of development given to Cloud. Cloud has been gone for decades, and has little more than a plot device in these last two issues. Ewing’s grasp on Marvel’s continuity and characterization is pretty amazing. He’s this generation’s Mark Gruenwald, and I love him for it. So the fact that he’s given more character development to Galactus’s mom in this issue than Cloud is not what I was expecting from him. One of the shining moments for me was his Silver Surfer. There’s so much depth and gravitas shown here, he seems like he’ll be the breakout character from this mini, which is kinda shocking. I thought it’d be the Masked Raider, but the Surfer is definitely the character I’m connecting with here. 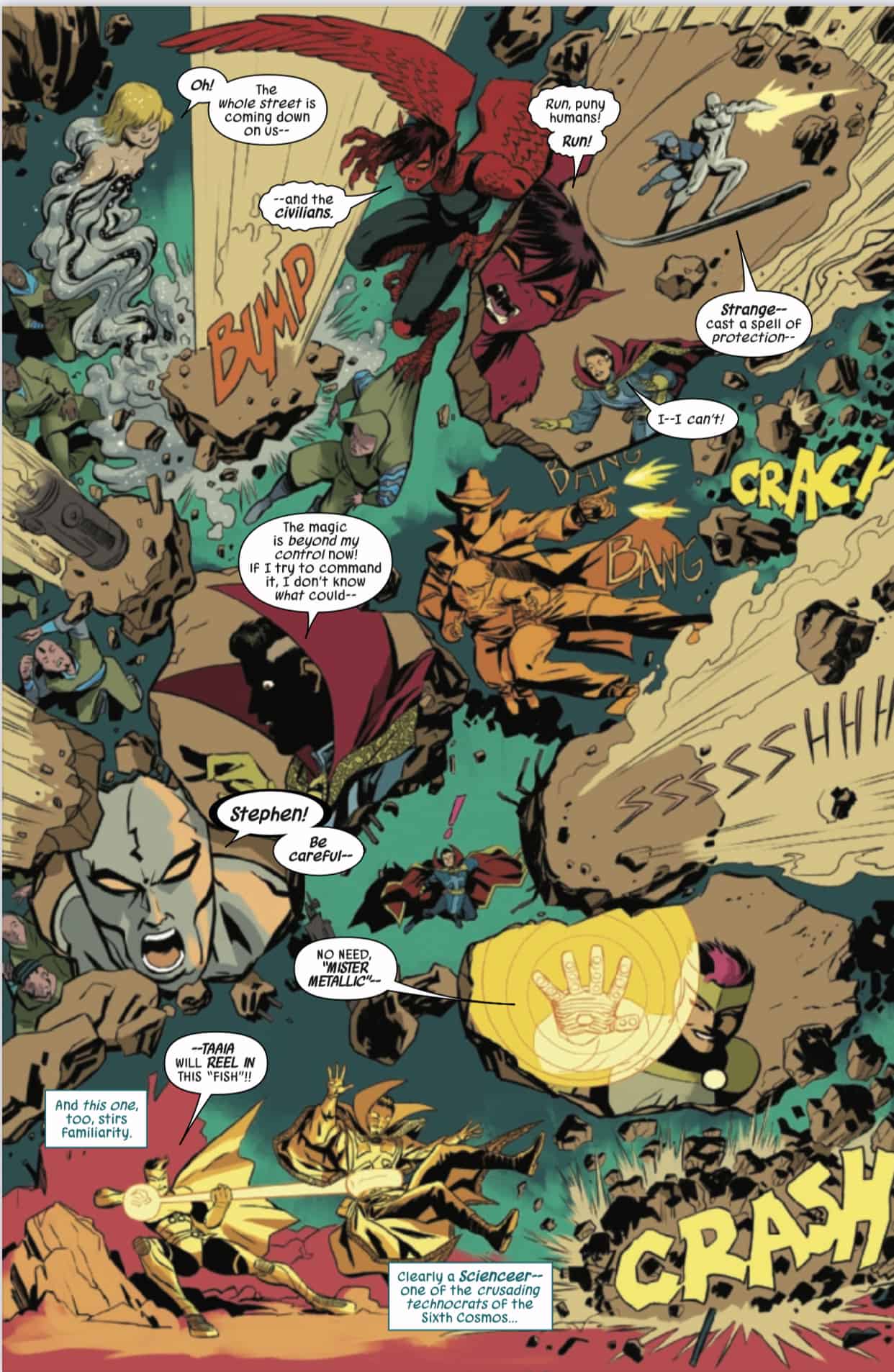 As good as the story is, Javier Rodriguez deserves a very heaping portion of credit for how good it is. His art sets the tone, and it’s full of life and personality. Rodriguez’s modern classical style is a breath of fresh air. You’d expect something more stylized, and angular to go with the science fiction theme that the story is going in, but Javier is just making this “world” his own. From the futuristic environment of Taa, to the trippy psychedelic imagery that’s evocative of Dr. Strange’s Ditko roots. It’s just an incredibly well done piece by this team. If this book ends as strong as it’s begun, it’s going to be a big hit amongst the awards season.

Ewing and Rodriguez give us equal parts weirdness, mixed with confusion, and a hodgepodge of characters that seem better off as loners. In other words, they nailed the Defenders. Going with the tried and trusted “Marvel method” that Stan and Jack perfected, this team’s captured lightning in a bottle, and is giving us that old school Marvel magic that you can only find in the back issues.