Defenders #3 You Make Me so Confused, You Always Seem to Lose 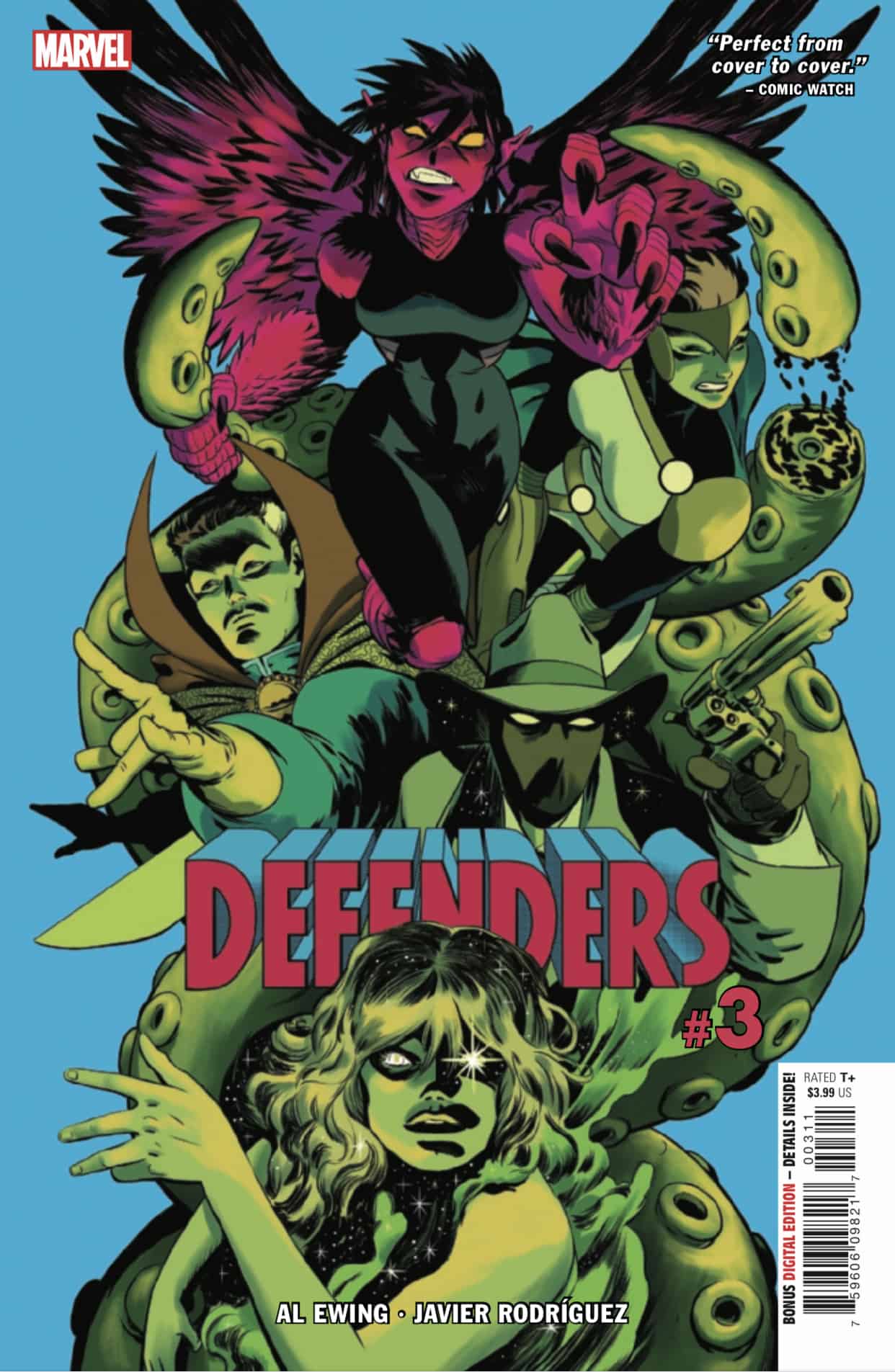 THE DEBUT OF THE DEADLY MORIDUN! Doctor Strange and his misfit crew land in a world of dark, primal magic-where our world's master of the mystic arts is just a magical morsel for countless hungry sorcerers. The most powerful entity on this plane, the maker of magic itself, already knows the Defenders and their mission. Their paltry abilities mean nothing to him, save one: The power to move between cosmos. All of existence lies vulnerable as the Defenders find themselves outmatched!

We’re halfway through this magical mystery tour, and Al Ewing continues to show why he’s one of Marvel’s most talented writers in their stable with every new comic they publish with his name attached. He writes the cast in character, and captures their voices pitch perfect, so everyone sounds like they should. Ewing is so adept at this, that it almost seems like he was present at the very genesis of the Marvel universe, secretly whispering in the ears of Stan, Jack, and Steve, guiding them with little nuggets of characterization. Every word of dialogue is deliberate, and builds on the magical tapestry of the tale he and Javier are weaving. 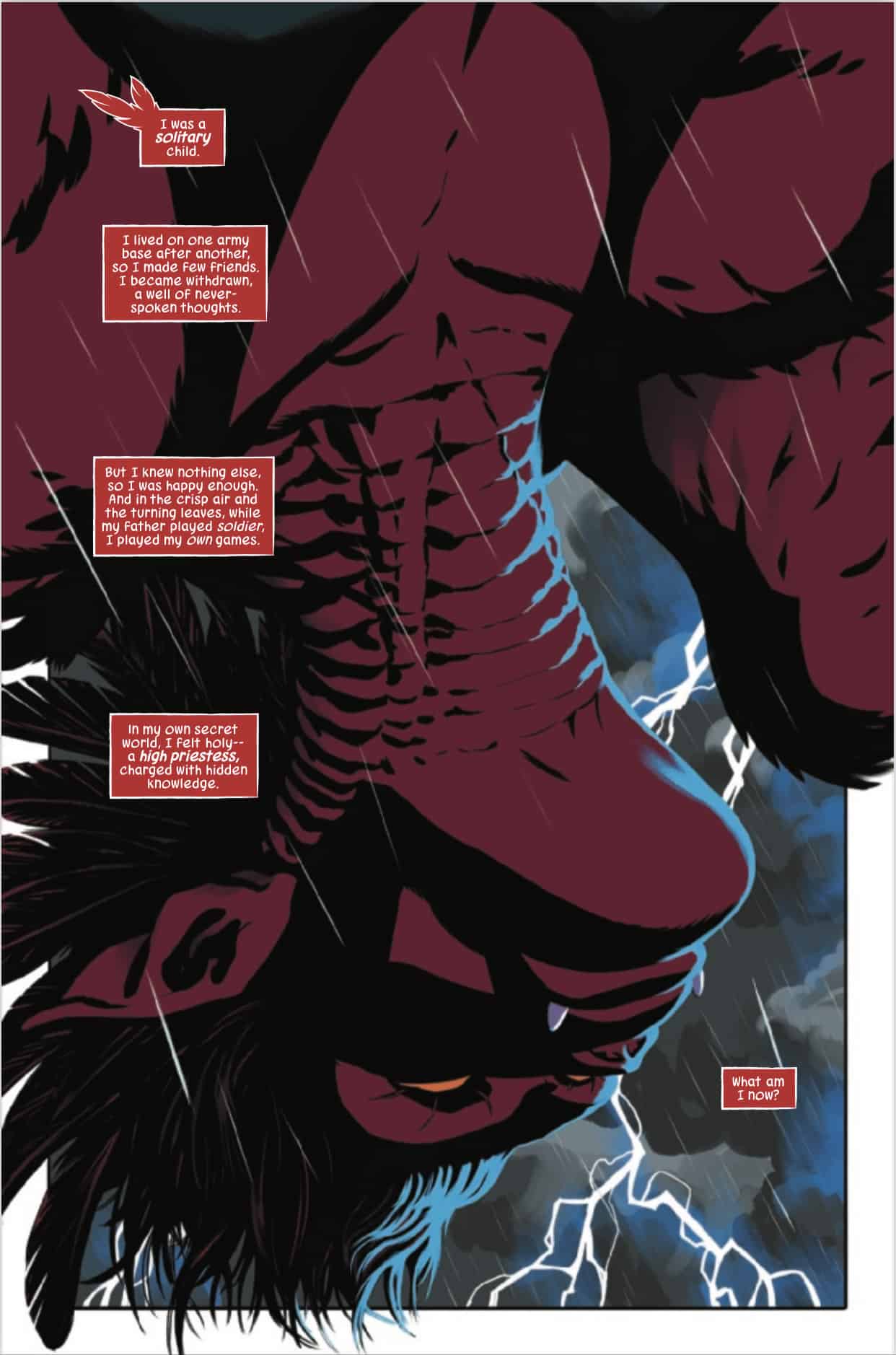 The Defenders are an incredibly difficult property to sell, because on the surface, there’s not much difference between this team of misfits than that of the Avengers, or X-Men, but when you look below the surface you’ll see a wealth of potential that this group of loners can bring to a very crowded playing field of super teams. This team is dysfunctional, and while this doesn’t seem like it’s something that’s totally unique for this book (the Fantastic Four is the template for familial dysfunction), when you look at the original cast, you’ll see why this team has a formula that’s uniquely its own. 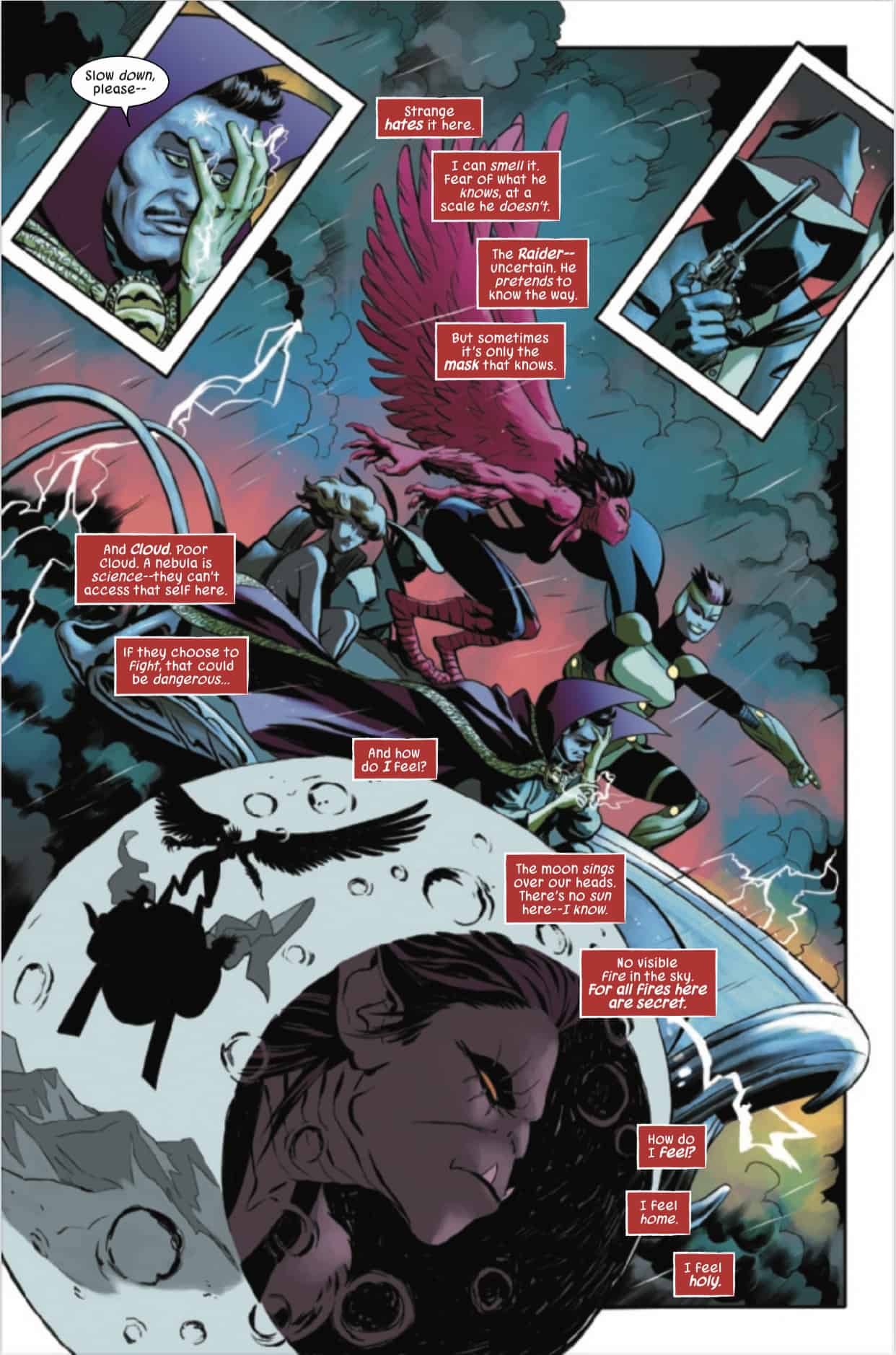 Javier Rodriguez is doing everything for the art in this mini, and it’s absolutely immaculate. Javier continues to get better with every new issue that drops, and it doesn’t look like he’s planning on slowing down any time soon. His style is neo-classical, and is pitch perfect for the story here. Everything looks fresh, and the colors help to convey the fantasy elements that are in play here. This is how a master craftsman shows his skills. 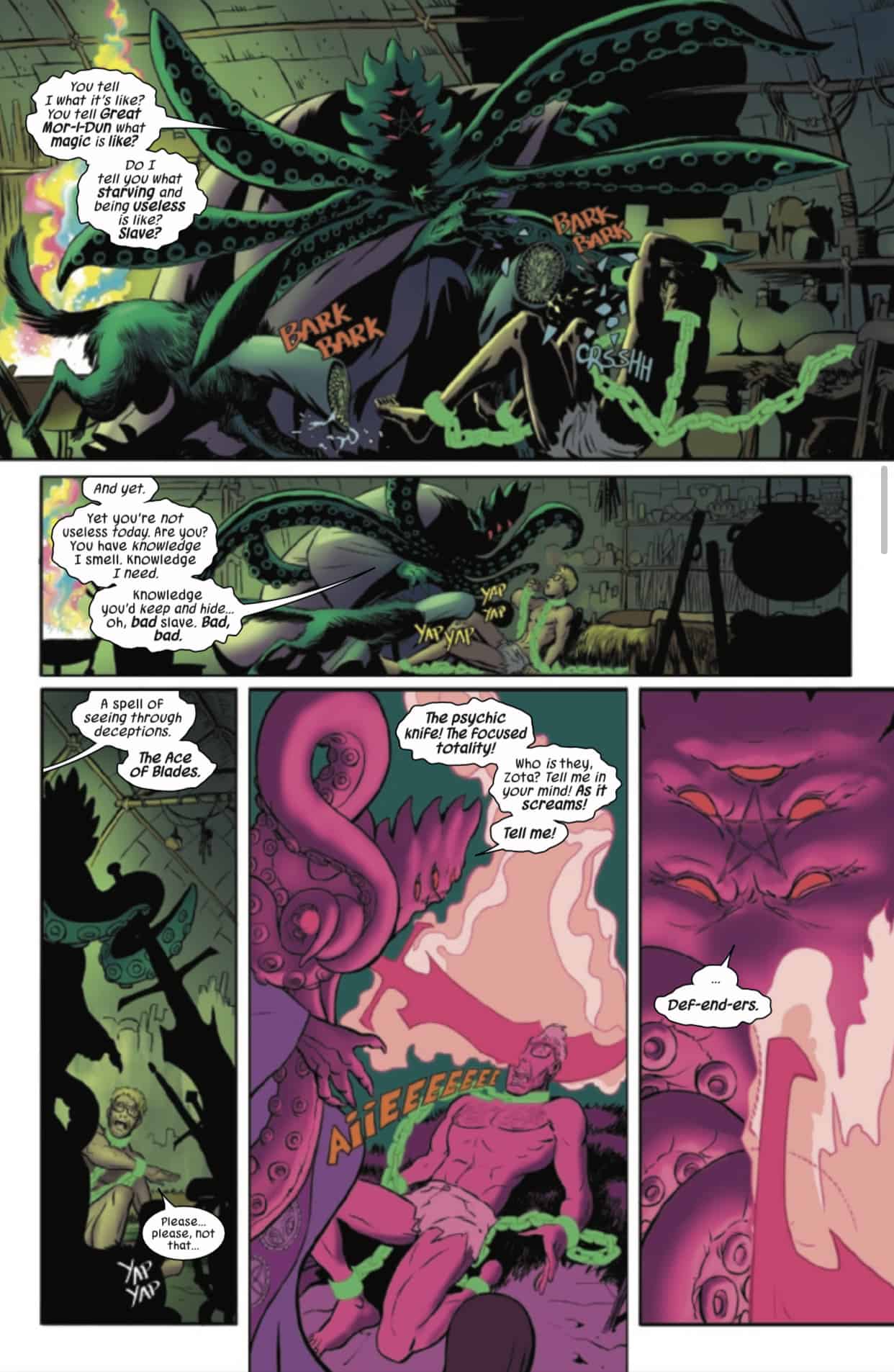 This team has definitely captured what makes the Defenders unique to the rest of the Marvel teams, and this mini shows the passion that these creators have for the property. Unlike the last Defenders title, this doesn’t feel like something it’s not, and depending on how well they stick the ending, I could see this run becoming one of the seminal Defenders arcs that people will point to when describing comic excellence.

Ewing and Rodriguez continue to flourish with this offbeat tale, with a story that could become one of those definitive arcs that help showcase how good a great comic can be. I’m hard pressed to find anything less than perfection when describing this book. This team has crafted a story all the earmarks to become a classic in the making.

Defenders #3 You Make Me so Confused, You Always Seem to Lose