Defenders #4: Steve Miller called, he wants his band back… 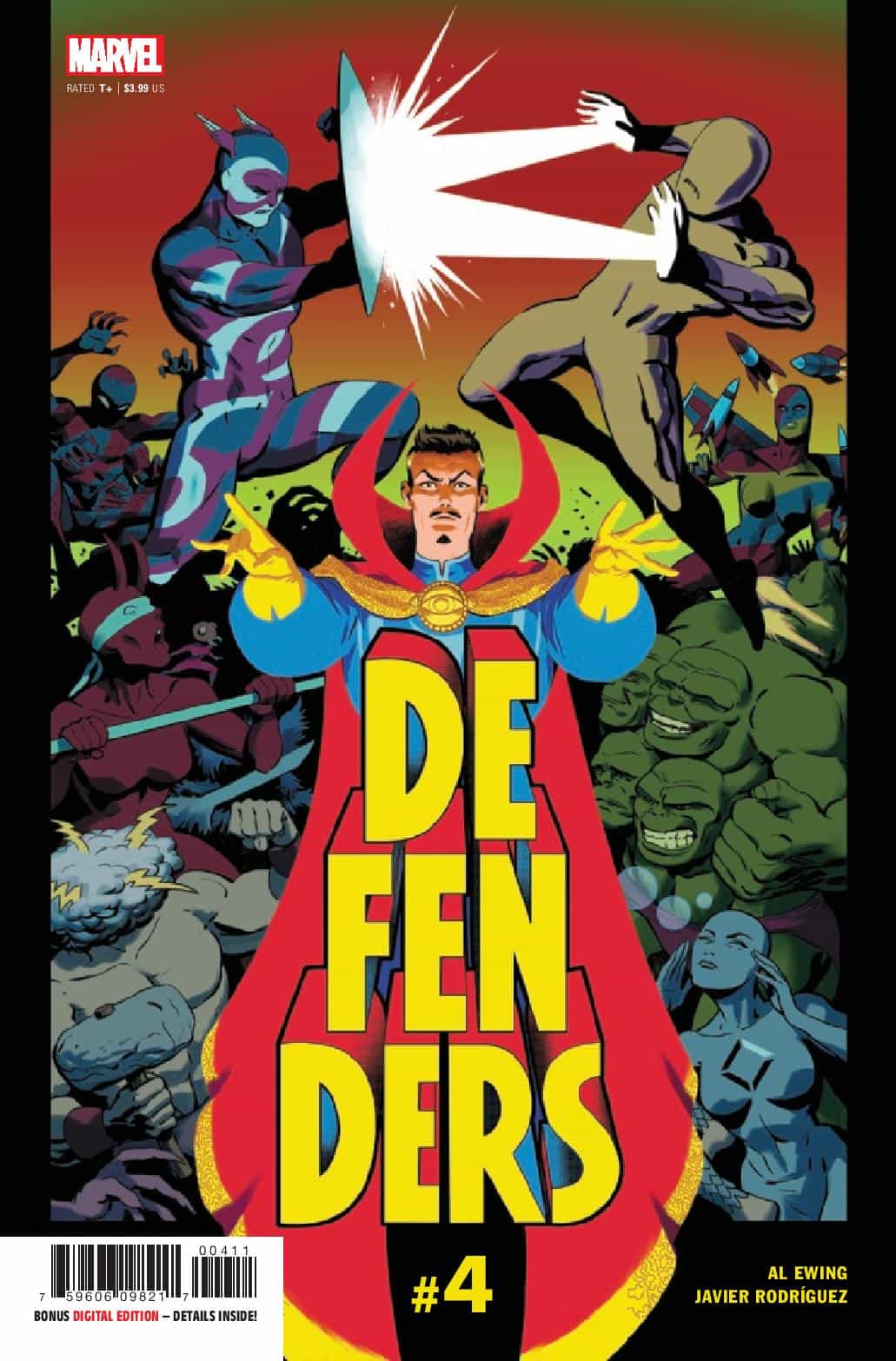 BEFORE THERE WERE GODS...THERE WERE MARVELS! Doctor Strange and his Defenders land in the Fourth Cosmos—the home of the Archetypes of Good and Evil, primal entities of pure myth destined to echo through every reality to come—as the desperate Dr. Zota attempts to harness their power to rewrite all existence in his own hand! Al Ewing and Javier Rodriguez explore the truest origins of the Marvel Multiverse in a cosmos-colliding epic you'll have to experience to believe!

It’s the penultimate issue of Al Ewing and Javier Rodriguez’s Defenders miniseries, we finally get an issue focusing on my favorite from the bunch (and considering it’s a cast that consists of Dr. Strange, Silver Surfer, and the Harpy), Cloud, who gets the most character development for this character in four decades. It’s a sad state of affairs when you have a sentient gender-fluid cloud nebula, with abilities that include molecular control, teleportation, and so many more, who was given sentience thanks to a hatched Cosmic Cube being named Kubik (like Rubik’s Cube—get it?), and they can’t get any kinda respect? Well, that’s about to change thanks to this mini, which might be one of the absolute best comics of 2022. You might think that’s a bit of hyperbole from me, but it’s not. This comic wants to take these out of the box, deep cut characters, and make you want to care for them. This comic is one of those special events that you won’t find in big two corporate comics all that often.

That’s not even accounting that we still get to see a very chill Doctor Strange who’s macking on the mother of Galactus, devourer of worlds. Also, we get two new abstract beings with the Four in One, and One in Four, whose design is just so wtf as it is gorgeous. We also get one step closer to finding out who the mystery man underneath the Infinity Mask is, and from the teases Ewing’s given us over the years, expect this to be a very big reveal. Of course I’ll end up being wrong, and we find out that it’s Fantastic Four mailman, and former Aunt May beau Willie Lumpkin. I mean, this is quite possibly the most off the wall this property has been since Bronze Age comics god (often described as the 70’s Grant Morrison) Steve Englehart and (the McCartney to Englehart’s Lennon) Steve Gerber were penning this team of non-conforming team members. Seriously, if you can look past the dated scripts and storytelling tics (as well as some tropes that have not aged well from classic comics), you’d really enjoy just how off the wall they were back then.

Now, the art. Wow. I cannot believe how amazing Javier Rodriguez’s work on this book has evolved. I first read Rodriguez’s art from the Axis Hobgoblin 2014 miniseries, and followed him over to the Dennis Hopeless penned Spider-Woman series, and the evolution is astronomical. He’s taken his neo-classical sense of design, and added it to every inch of this comic. The colors feel both very current, digital aura, while also having an authentic classical flat feel to them. I can’t wait to see what this team cooks up for us in the final issue.

Racing from reality to reality, Doc Strange, and this motleyist of crews, run the entire gamut of possibilities to discover some things will always remain constant. Will they save this current dimension of creation? Or will they wreck everything we’ve become accustomed to?

Defenders #4: Steve Miller called, he wants his band back…