Defenders #5: The Last Line of Defense 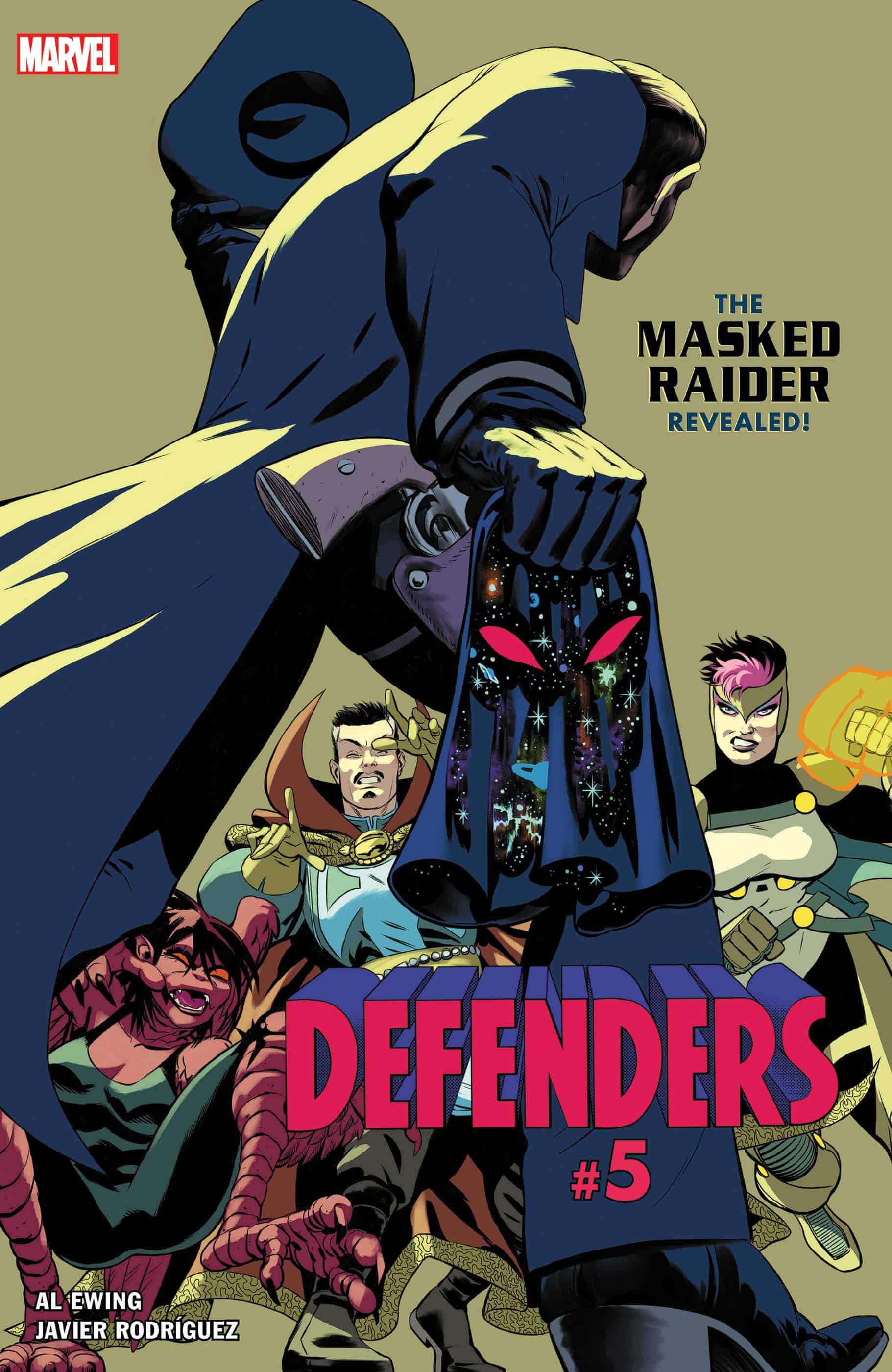 Doctor Strange’s ragtag Defenders face their final trial in the Third Cosmos, where the concepts of good and evil are locked in primal, eternal conflict. When the Masked Raider’s identity is finally revealed, will the truth be their salvation…or their undoing?

It’s Al Ewing and Javier Rodriguez’s final chapter of The Defenders, and the coming of the Third Cosmos! Not only that, but we finally learn who is the wearer of the Infinity Mask, and who has been the main catalyst for the formation of this group of Defenders. As with anything involving the Defenders, it’s convoluted and confusing. The non-team does what it always does, and makes a mess out of things, but things somehow end up going in the direction it should, and Doctor Strange ends the mission as if the fate of multiple dimensions’ fates weren’t on the line. 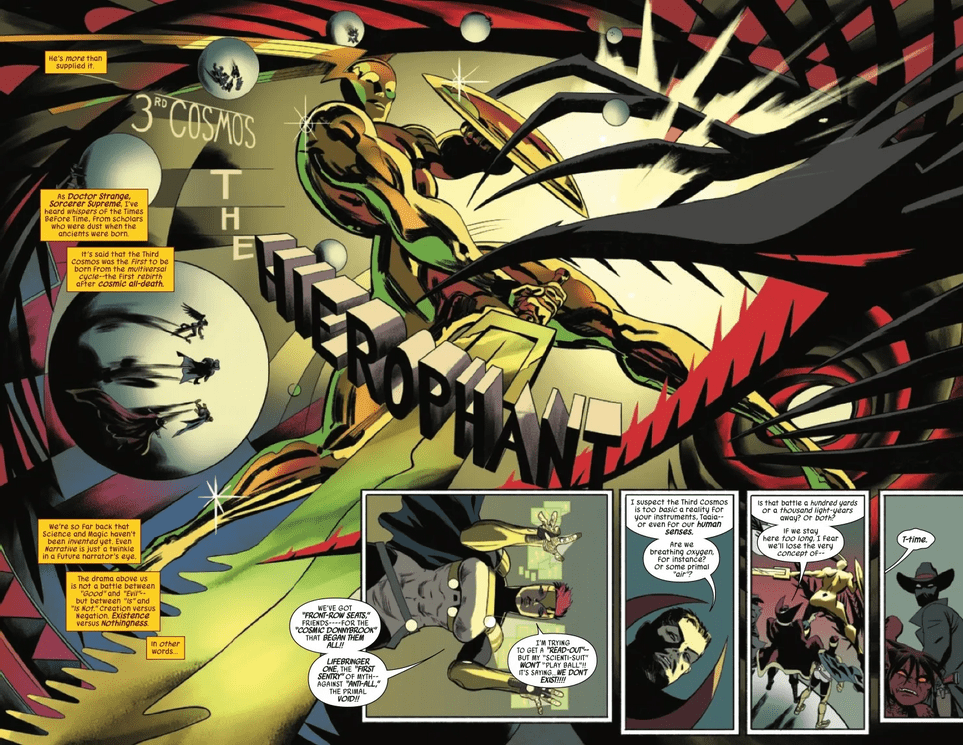 Ewing’s development of the Masked Raider over the course of these last five issues has made him a much bigger player in the tapestry of the Marvel Universe, unfortunately it didn’t seem to grab me. It’s unfortunate, because Ewing’s take on Strange, Cloud, Harpy, Silver Surfer, and even Galactus’s mother were all very compelling character studies on who they are, and what their roles are in the cornucopia that is the Defenders hierarchy. Maybe had Ewing used him sporadically over the course of the rest of his Marvel work since introducing him, the draw might have increased my interest in him, yet I found him to be the least interesting character that was involved in this title. Even Taaia, whose history is intrinsically linked to our own, proved to be a more interesting character than the Rider here. But if my only complaint was the Rider, his identity, and role in the mini, then this team was very successful in their endeavor.

Javier Rodriguez continues to impress me with every issue of this mini, and has definitely pushed himself with this project. I thought I’ve seen him at his best before, but I can honestly say that he has definitely shown himself to be one of the best storytellers in modern day comics. From his line work, to the palette with which he used to color every panel from beginning to end showed a master craftsman in a field he loves. This mini was Rodriguez’s love letter to the Defenders and the greater Marvel Universe as a whole. Luckily the Defenders are coming back this summer, so we’ll be able to enjoy the most dysfunctional family get a second chance at greatness.

It’s the final showdown at the beginning of the universe, and somehow Eternity is the least impressive player in the room. Al Ewing and Javier Rodriguez have made the Defenders return to the comic page one of the most impressive and gorgeous books on stands. The Defenders are on their way back this summer, so if you haven’t picked this project up yet, now is the time to.

Defenders #5: The Last Line of Defense