Defenders: Beyond #1: A Stretch of the Imagination 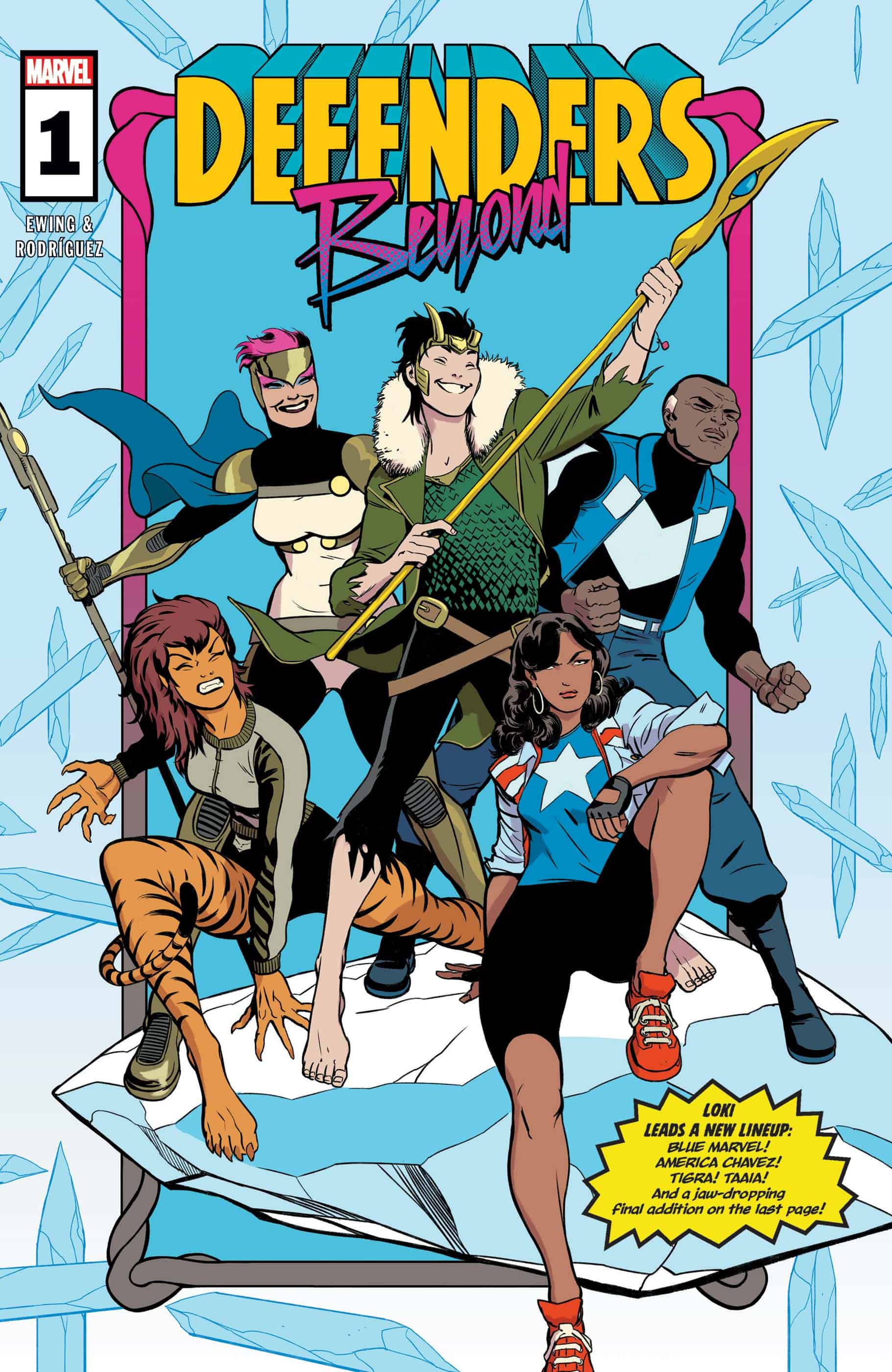 Al Ewing and Javier Rodríguez follow up their acclaimed Defenders series with a new volume and an all-new lineup, including none other than Loki, God of Stories! When Doctor Strange sends a dire warning from beyond the grave, Blue Marvel, America Chavez, Taaia (Galactus' mom!), Tigra and Loki assemble to defend reality itself!

Superhero comics as a genre are prone to stagnation: character growth is discouraged, death is a minor inconvenience, and creators have little incentive to go against the status quo either narratively or visually. But while there’s comfort in familiarity, Defenders: Beyond is proof that some of the best comics happen when comics creators push boundaries and are given the creative liberty to do so. 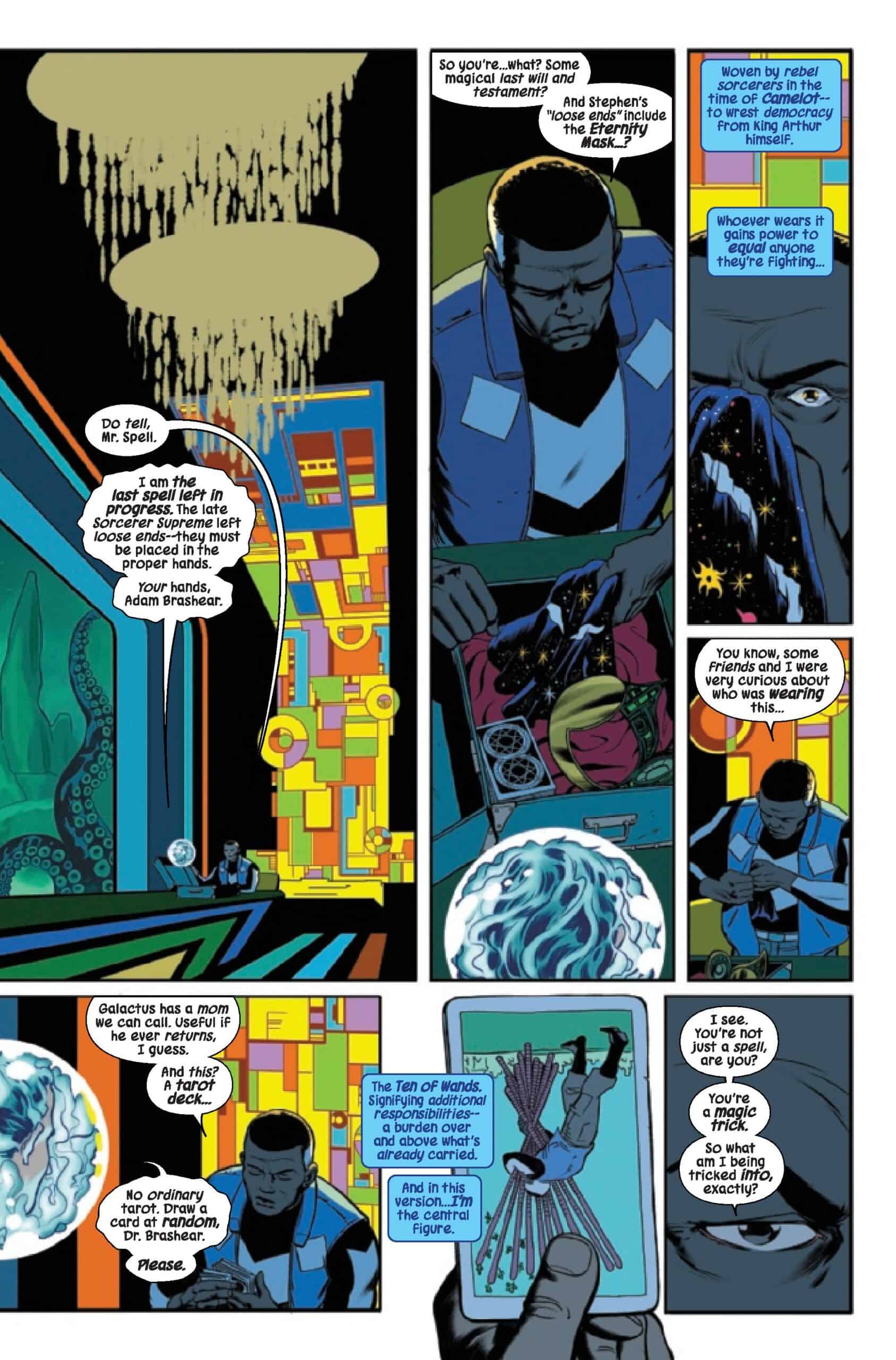 Told from the perspective of the superhero Blue Marvel, Defenders: Beyond #1 follows the gathering together of a new group of Defenders (Blue Marvel, America Chavez, Taia a.k.a. Galactus’ mom, Loki, and Tigra) before they set off on an adventure to save reality itself. Just as Defenders was before it, Defenders: Beyond acts as an experimental playground for its storytellers Al Ewing and Javier Rodríguez to explore the myriad of ways comics convey time, space, and story.

Ewing, as always, writes a perfect balance of playfulness and gravitas. It’s a joy to have Ewing writing Loki again, given the care with which Ewing writes trans characters. (I’ve waxed poetic about the meaningfulness of Ewing’s Loki: Agent of Asgard as a trans narrative before, which is available to read here.) Ewing’s charming dialogue and otherworldly narrative are encumbered only by its large quantity of exposition (e.g. explaining the previous Defenders miniseries, relationship dynamics, where characters are in their timelines, what various tarot cards mean, etc.). It slows down the story at times and may leave major plot points fuzzy to readers who skipped Defenders (2021). 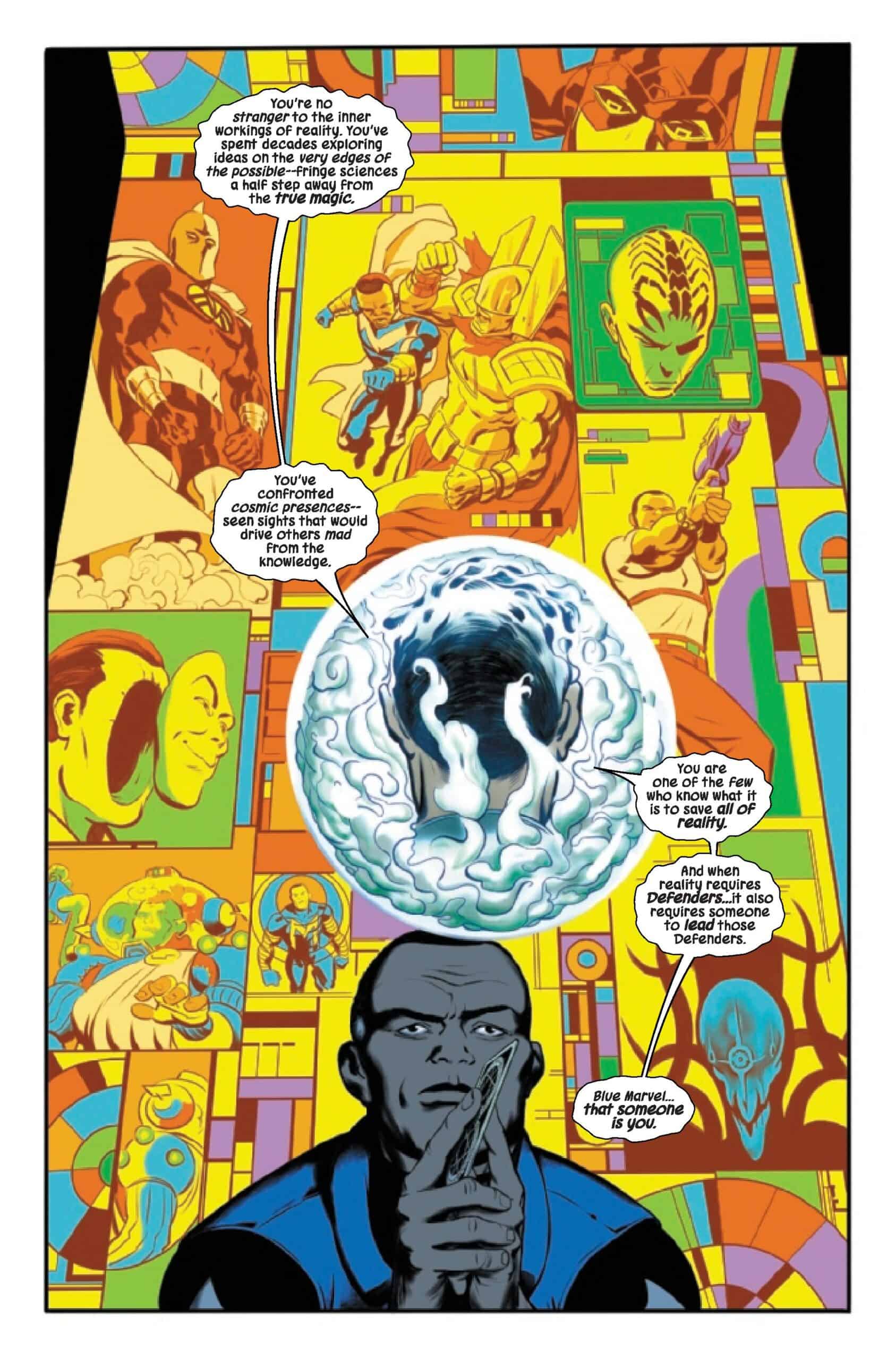 Visually speaking, Defenders: Beyond skilfully weaves together stylized realism with garish psychedelia, with Rodríguez’s color palettes sometimes reminiscent of black light posters. Even if one were to focus solely on the comic’s layouts, Defenders: Beyond shies away from standard three or nine panel grids, embracing a wide variety of experimental approaches.

When Blue Marvel pulls a tarot card from a deck and mulls over it, for example, the comic breaks down his face into a Picasso-eque mish-mash of features, with individual panels focusing the reader on his ear, eye, or mouth. Some pages are packed with small panels, chugging along rapidly through a brief moment, facial expression by facial expression. Other pages, meanwhile, have panels that fall away into nothingness, while yet others rely on only vast black shapes and white gutters. It’s this sort of novelty and experimentation that makes Defenders: Beyond a delight to read and then reread.

Defenders: Beyond invites us on a journey outside the bounds of reality. Visually surreal and narratively inventive, its creators push the boundaries of the medium and remind us what wonders comics are capable of.

Defenders: Beyond #1: A Stretch of the Imagination