Defenders: Beyond #2: Going Above and Beyond 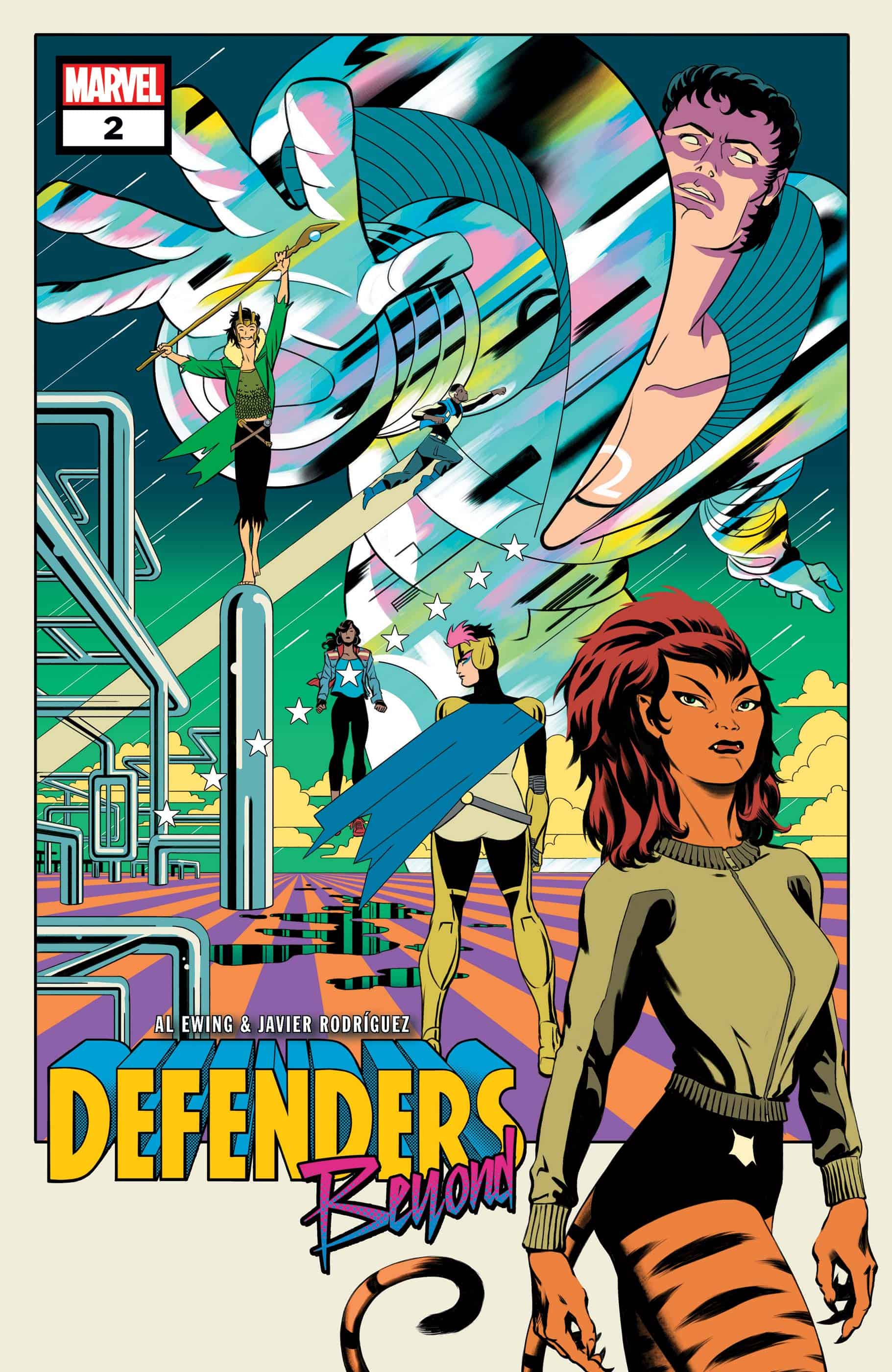 In the previous issue, a new team of Defenders were assembled: Blue Marvel, Loki, America Chavez, Tigra, and Galactus’ mother Taiaa and found themselves on a trip across the multiverse. Picking up where the previous issue left off, they’re face-to-face with the more-or-less omnipotent Beyonder!

Defenders: Beyond #2 is, likely to no one’s surprise, an exquisitely crafted comic. Told by storytellers Al Ewing and Javier Rodríguez, it not only stays true to Marvel’s expansive cosmological lore but expands on it. While these lore dumps sometimes get heady enough to require a re-read, writer Al Ewing’s character work is masterful. Faced with the Beyonder(s), Loki’s cocky demeanor thanks to a recent victory over them couldn’t be more at odds with Tigra’s anger and uncertainty in the face of a long ago enemy. Each of the Defenders and (for the most part) each of their enemies feels fully individual in both motivation and voice, while the choice to have a rotating narrator role continues to be a fantastic method of giving characters more depth. 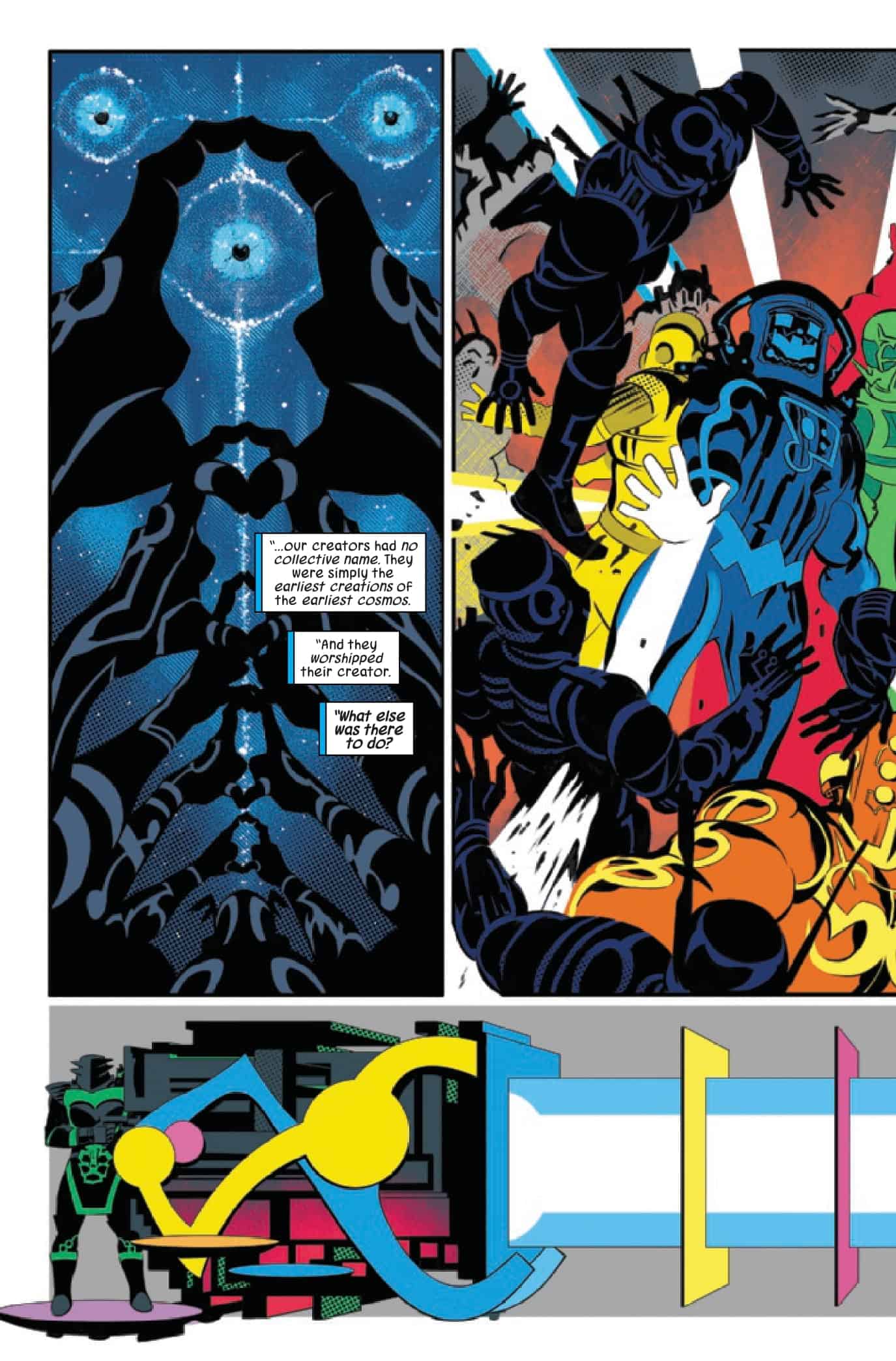 Artistically speaking, Rodríguez’s Defenders artwork remains nothing short of gobsmacking, crafted with equal parts care and skill. While one page makes a delightful allusion to Ewing’s work with Lee Garbett on Loki: Agent of Asgard, this comic is also worth celebration on its own merits. In terms of Marvel’s comics, Defenders: Beyond – as with Defenders – continues to be one of Marvel’s most experimental books on a compositional level. At times, its visuals are downright trippy. Reminiscent of the infinite pipe screensaver on old Windows desktop monitors, the issue takes place in a dimension seemingly constructed entirely of infinite holographic pipes. While this might trip up a less technically-skilled artist, Rodríguez incorporates the pipes into panel boundaries yet miraculously maintains a strong sense of three-dimensional space with them at the same time. And just as the previous issue experimented with a page of unbalanced black panels to portray interdimensional travel, this issue experiments in a multitude of ways with both space and color via both their presence and absence. 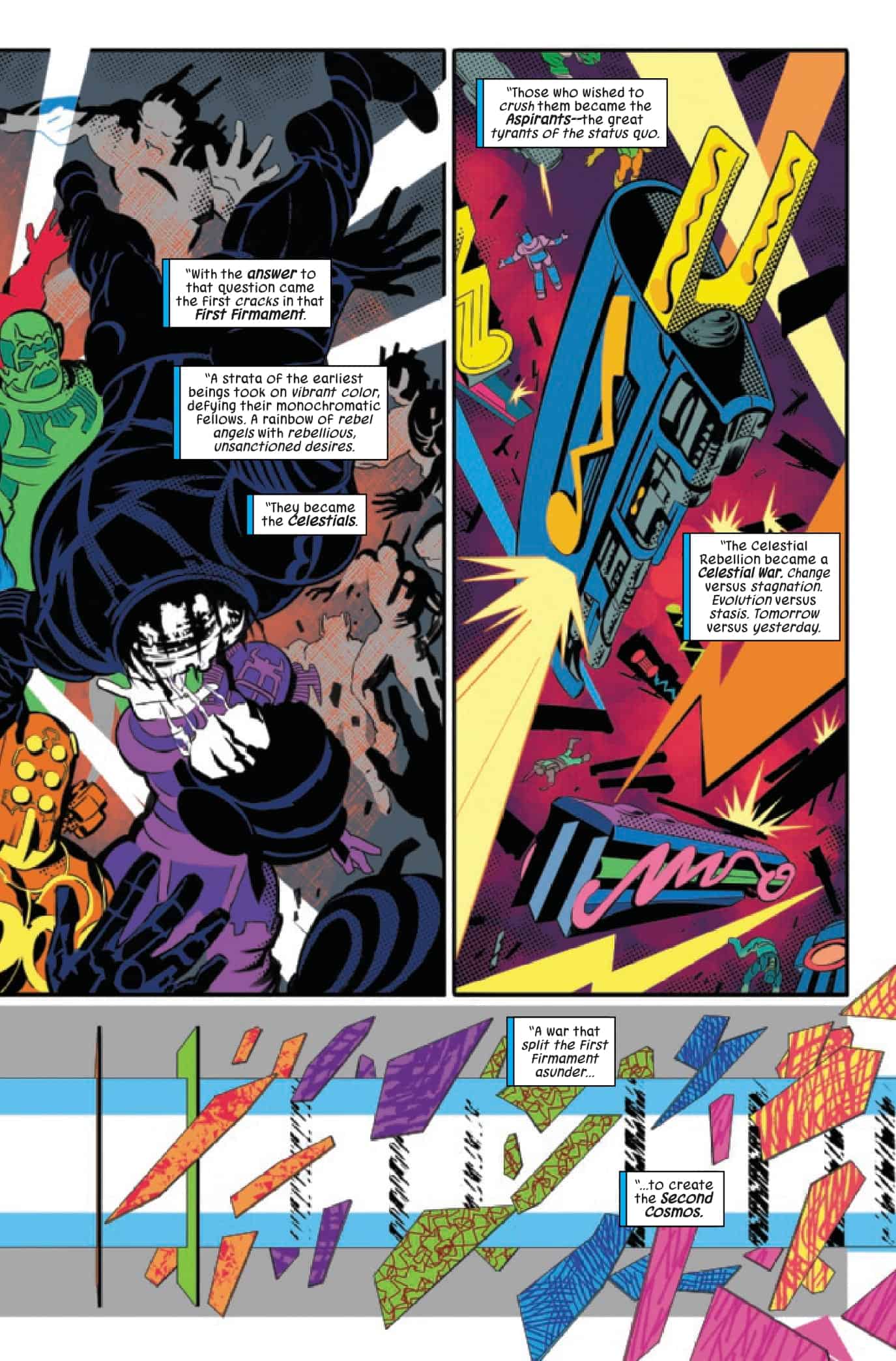 This comic remains a visual feast that’s just as technically masterful as it is engaging. It’s sure to leave you wanting more.

Defenders: Beyond #2: Going Above and Beyond