Defenders: Beyond #5: Status Quo Is and Is Not God 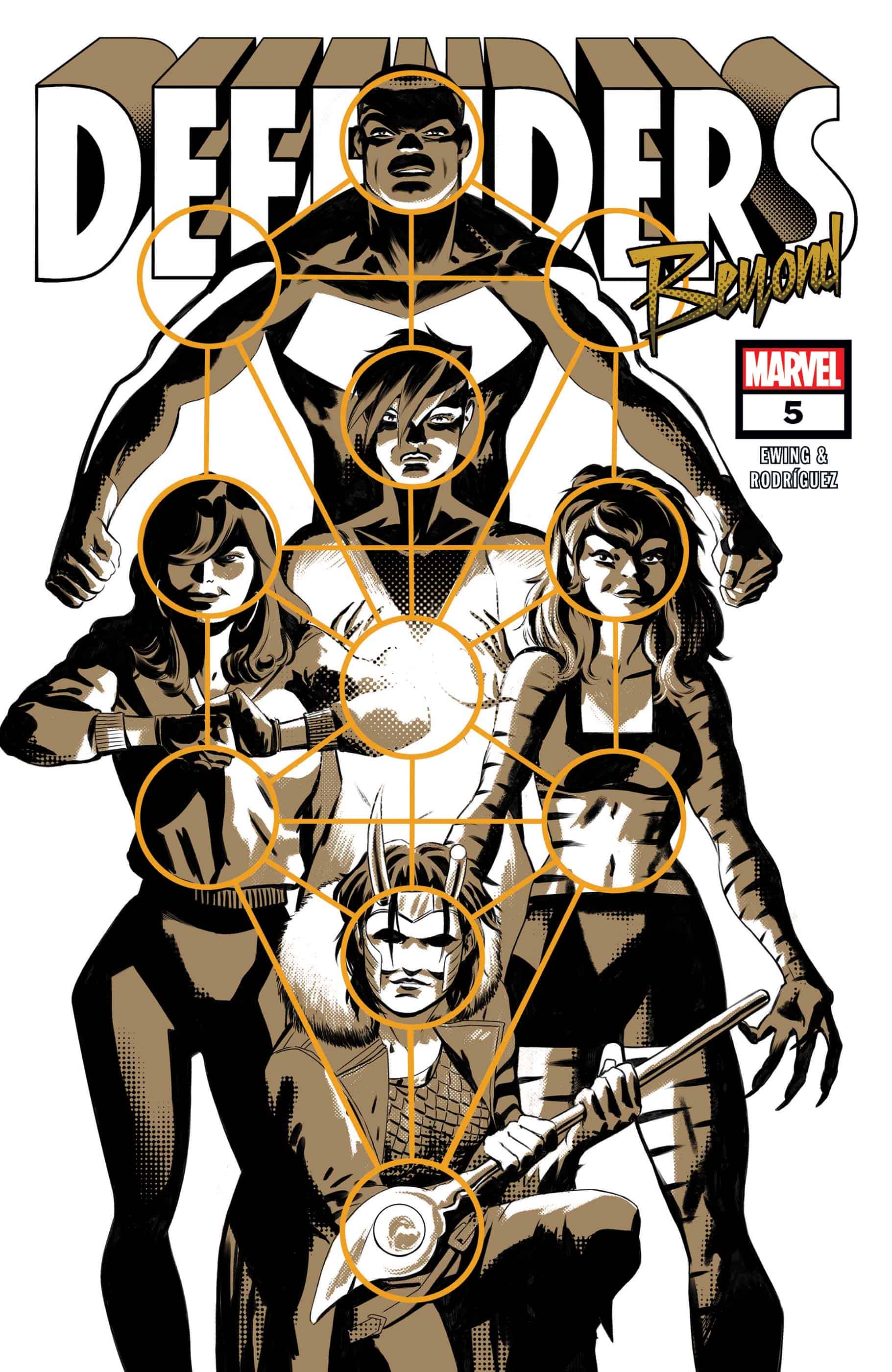 The final trial of Loki, America Chavez, and the rest of the Defenders sees them entering…the one and only House of Ideas!

While superheroes are not, as has been said, an “American mythology,” Defenders: Beyond is undoubtedly mythic (adj. – resembling/relating to myth). As its cover and title “Kether” suggest, the Kabbalah from Jewish mysticism plays a central role in Defenders: Beyond – now more than ever. Incorporating not just the Kabbalah but Buddhism and Eugene V. Debs and metafiction, writer Al Ewing and artist Javier Rodríguez have successfully crafted a comic that feels far larger than the pages it’s printed on. 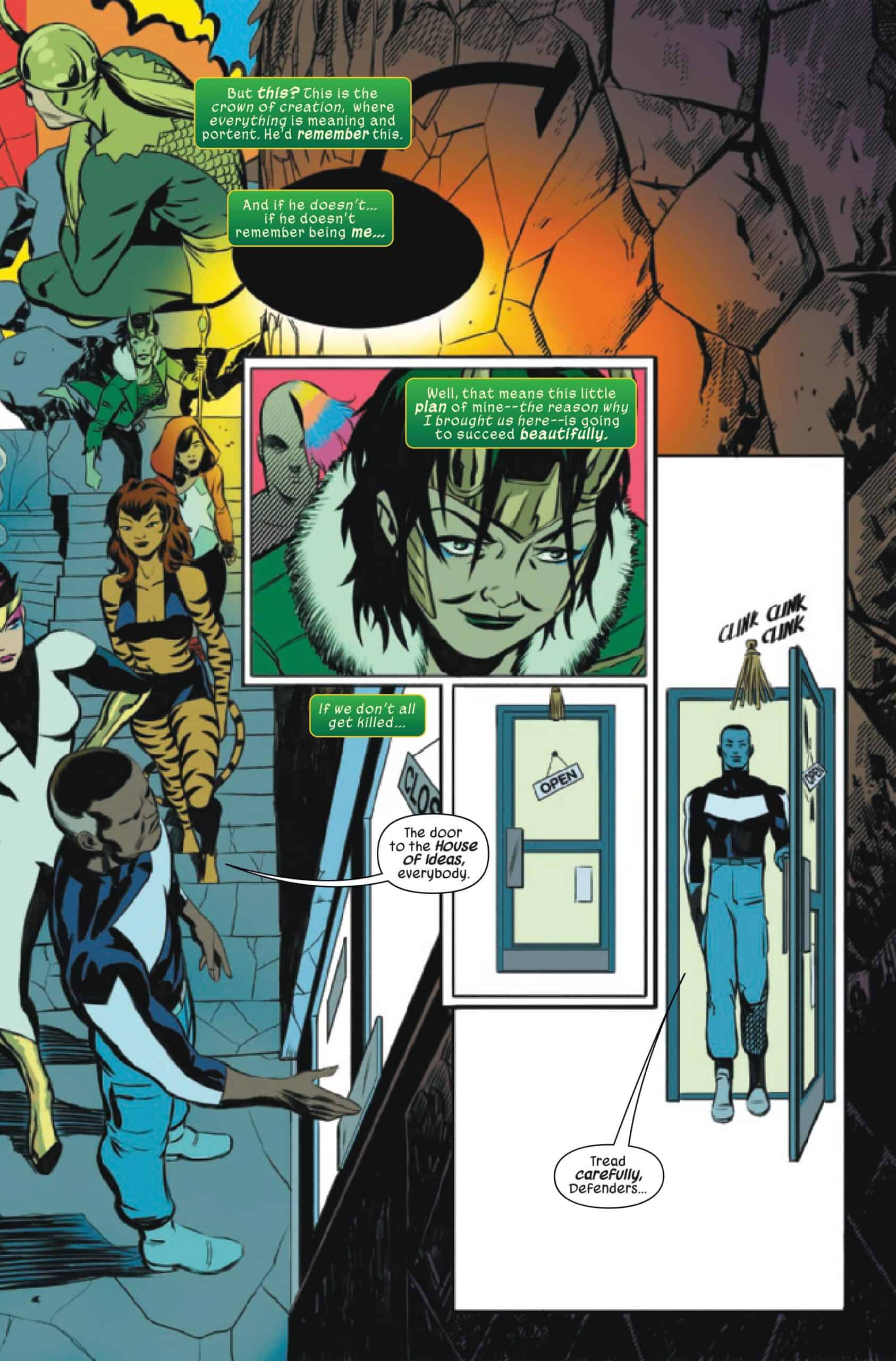 Kether/keter (sometimes translated as “crown”) is the topmost sephirot. Above human comprehension, it’s often referred to as “absolute compassion.” In keeping with the concept of Kether, the Defenders – and readers – find themselves in the House of Ideas, face to face with “God” (who speaks in the language of Job). And as Loki is faced with the possibility of escaping the status quo (and of abandoning everyone else to it), we are asked to suspend our disbelief. To believe they have a choice. In cape comics, the status quo usually ensures that heroes stay heroic and villains stay villainous and no one ever dies. In the words of this Loki to his younger self, “the House always wins.” In the words of TVTropes.com, “Status Quo is God.” In Defenders: Beyond, we are playfully, poignantly offered another idea: Status Quo is NOT God. And if it’s not, what or who is God? 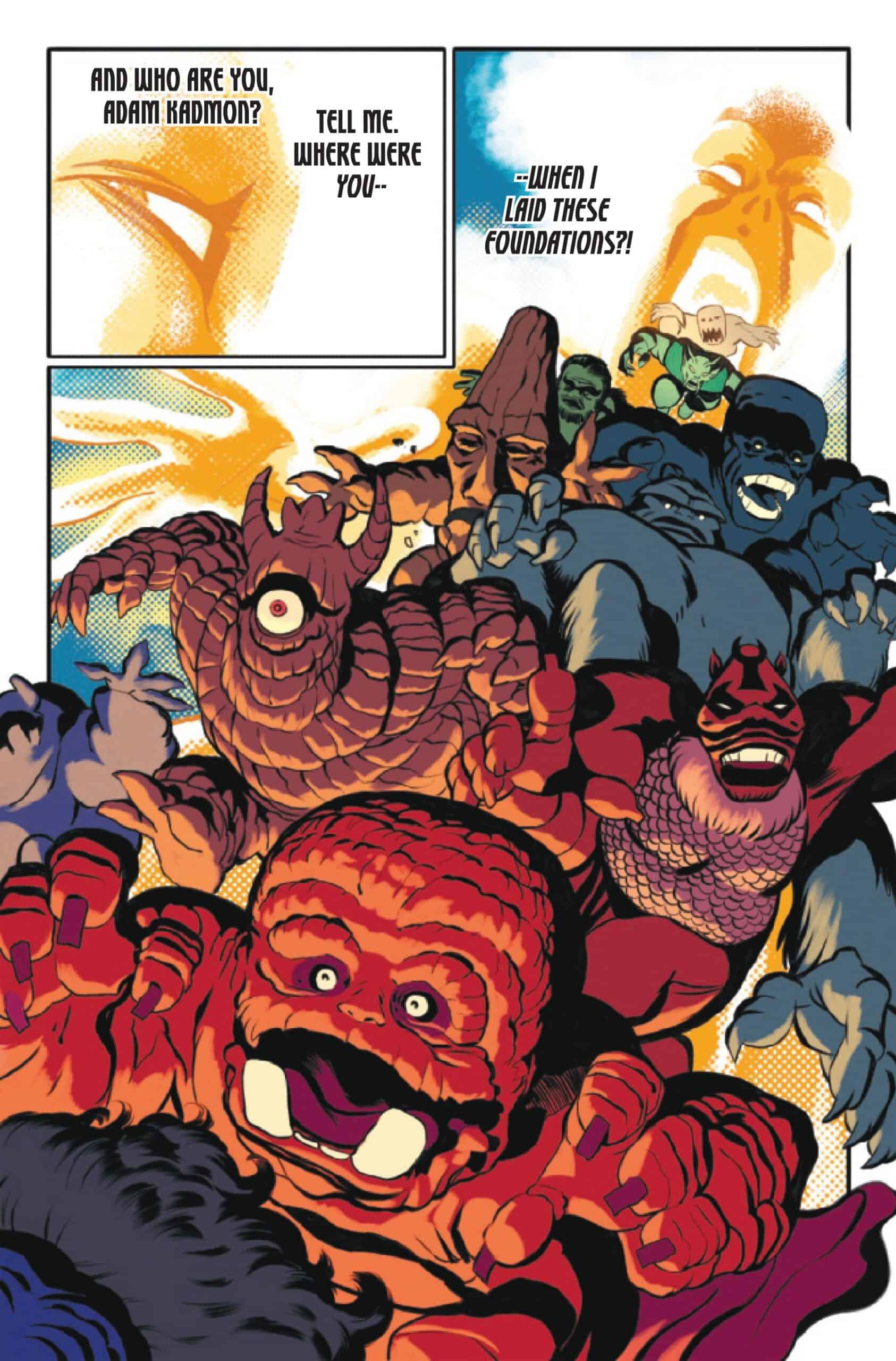 As the narrative questions both faith and freedom, Rodríguez gifts readers with page after page of astonishing visuals. Clever and humorous metafictional visuals help ground things, as do some intimate character interactions. Much of his work here, however, is intimidating and awe-inspiring (awe: n. – a mix of fear, reverence, and wonder). Whether it’s a meta-reference or a pride flag palette subtly slipped into a scene, Rodriguez’s work has enough depth that it rewards lingering and rereading.

All in all, it’s a moving ending for Defenders: Beyond and an equally poignant postlude for Ewing’s work on Loki: Agent of Asgard.

Mythic and magnetic, Defenders: Beyond #5 is a sentimental farewell to one of the decade’s best comics yet.

Defenders: Beyond #5: Status Quo Is and Is Not God