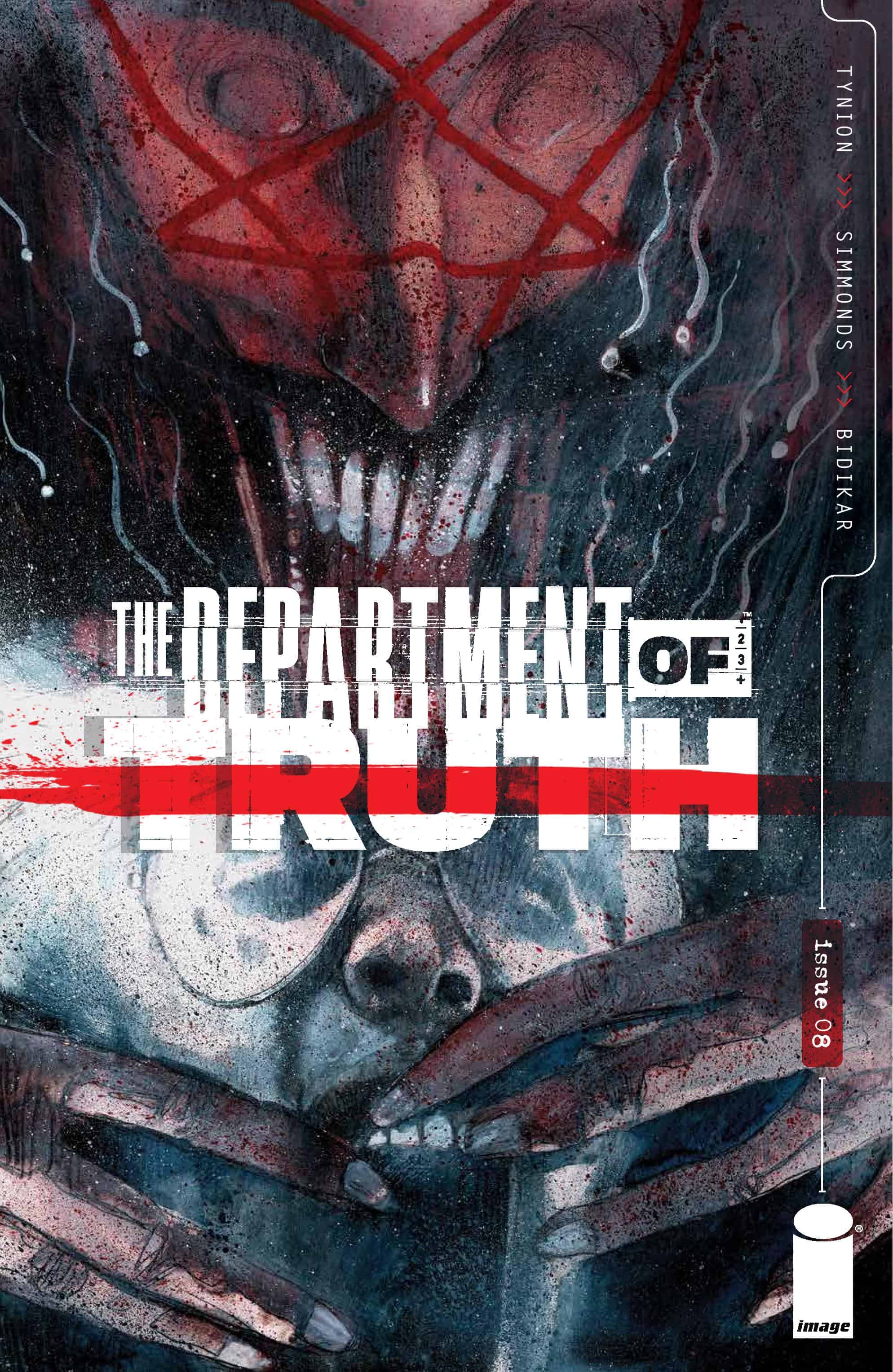 As Cole still reels from the information that Barker gave him which seems to be truer and truer by the moment, he and his partner are sent out to the scene at Denver airport where the Department has a lead on how Black Hat may be manifesting certain fictions...and Cole gets to meet another major player for the Department...

Tynion IV continues to slowly draw the curtain back on the Department of Truth but in doing so deepens the mystery in a most infuriatingly engaging way. Every issue doles out double the number of new questions as it answers making you sympathize more with Cole as the central character in the story. Yet while Cole is the overall focal point here, this issue is really about the man in the black helicopter, the guy that the Department calls in when certain things need to get done. His name is Hawk Harrison. 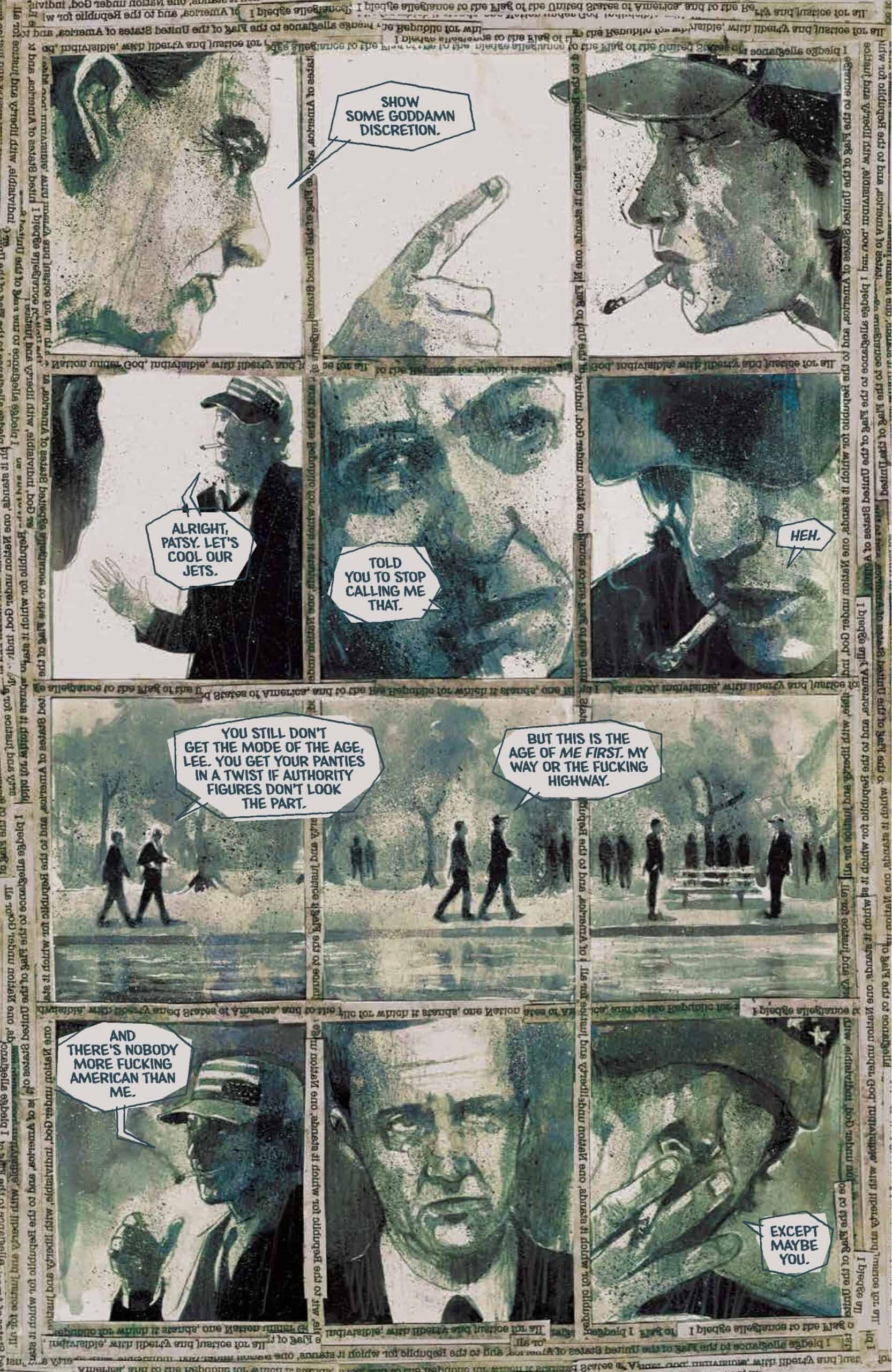 Tynion takes us back in time to introduce us to Harrison before shooting back to the present, as usual, nothing is coincidental as Tynion references the McMartin preschool trials and ties it back to Cole himself as we learn that Harrison was the agent sent to “set up a fiction” using Cole as a candidate. That’s the other theme in this issue: that beyond the idea that the truth is malleable and that certain powers are trying to subvert the prevailing truth with their own. The Department does not just protect the prevailing truth they ofttimes have to create it. There’s a callback all the way to issue one as Cole and his partner Ruby discuss how deep the rabbit hole goes as they walk through Denver Airport to the scene where they suspect Black Hat has been manifesting fictions and Ruby shows Cole that the stuff they deal with, the weirdness is still as she puts it only surface level and when it gets really weird that’s when they send in Hawk Harrison. 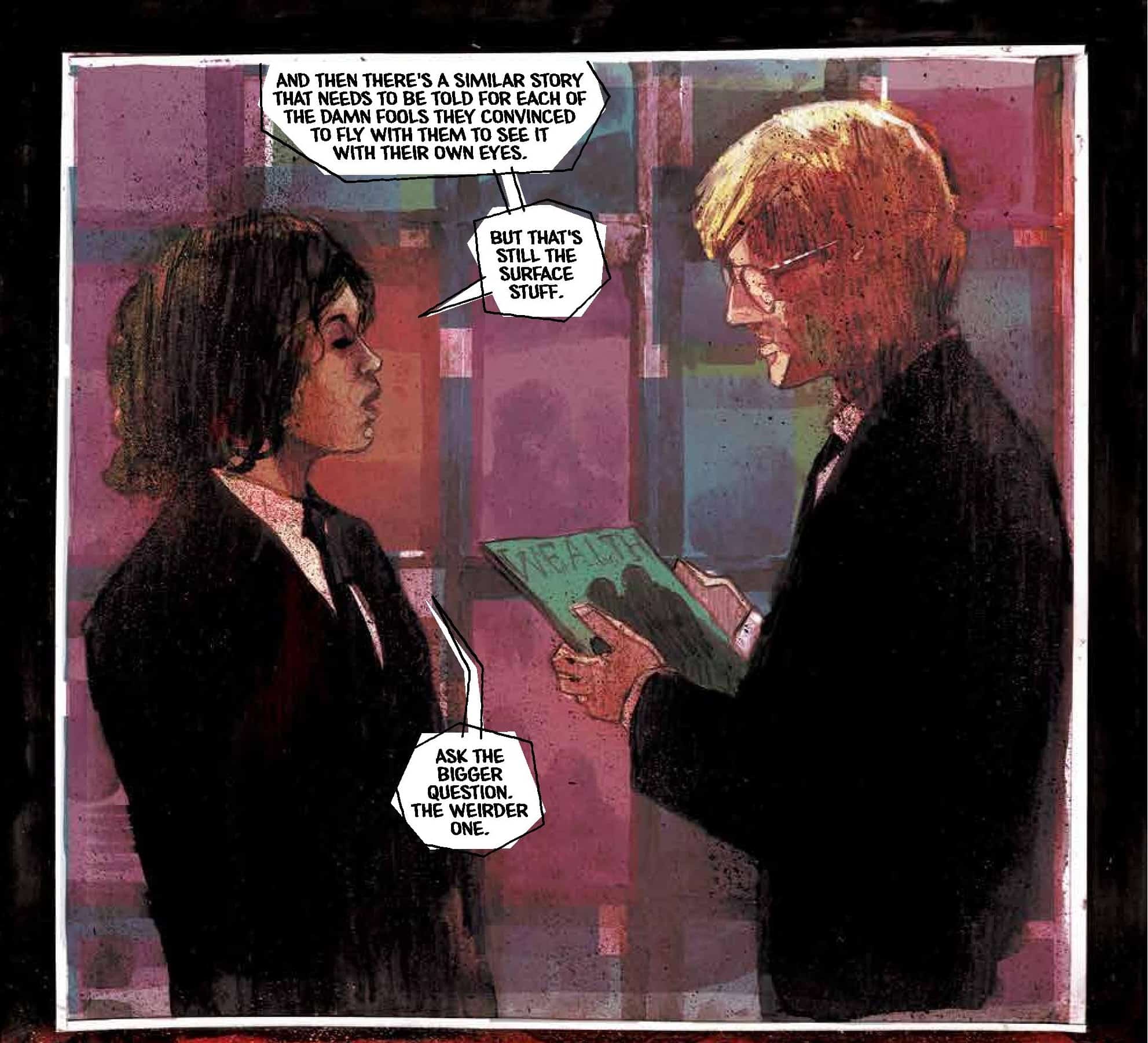 Harrison himself feels like an exact foil to Oswald’s character, while what he does and how he does it doesn’t get fleshed out exactly, Harrison is clearly very senior in the Department, has been meddling in Cole’s life since he was a kid, and isn’t above messing with people including the ones he works for. The impression I get is that Harrison is the guy that gets called to help the Department physically create or erase fictions that have manifested… the how at this point has not been revealed… Still, Harrison is an interesting counterpoint to the rigidity of Oswald and Ruby and a lot of what he says to Cole when thy meet raises even more questions about what the Department REALLY is. It’s interesting to note how Ruby doesn’t seem to care for Harrison at all even though Harrison claims to have trained her and at the same time it’s good to have her fleshed out more in the story. 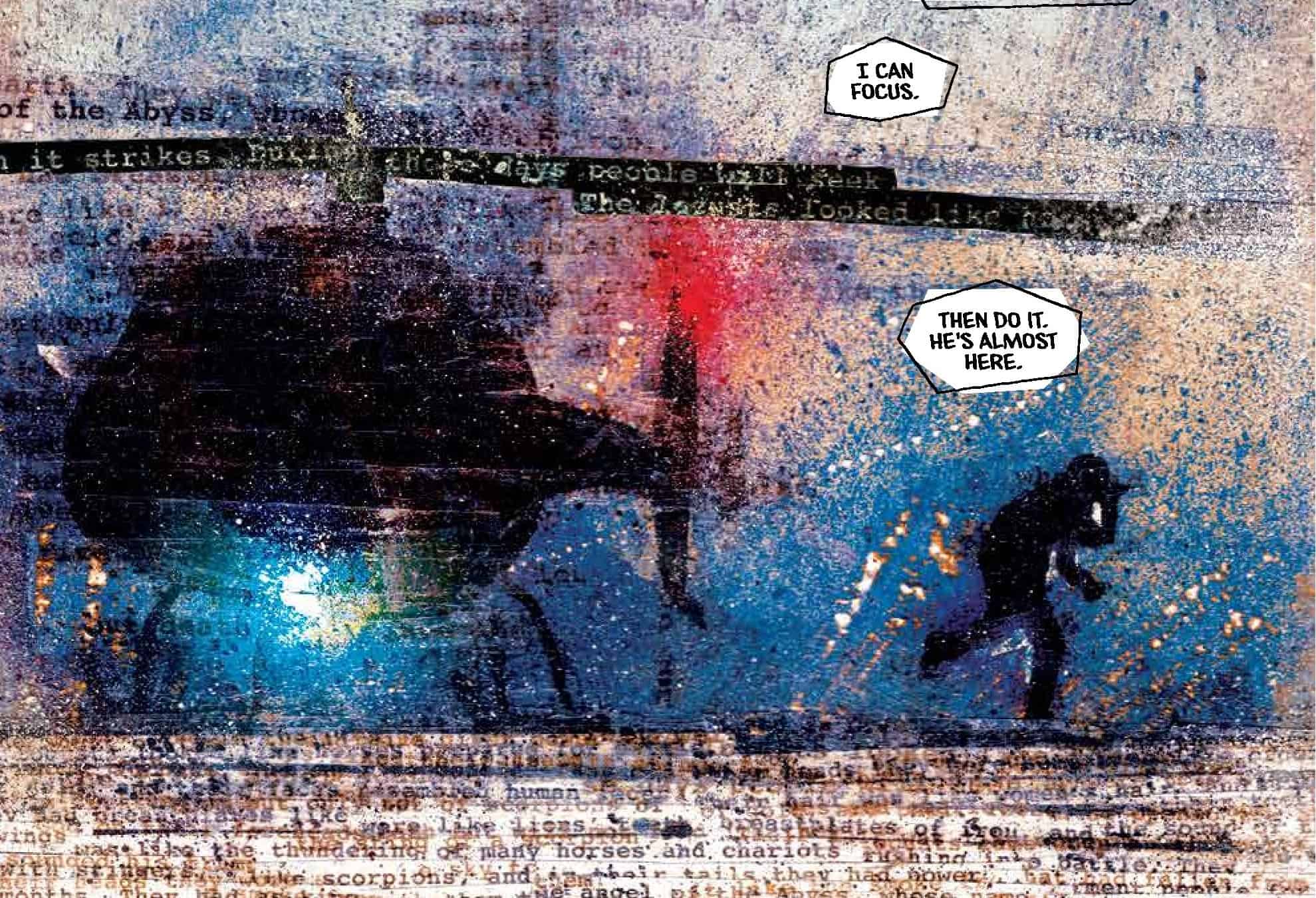 Martin Simmonds is back on art and it’s as glorious as you would expect. Each page is a sumptuously crafted work of art that you have to paw over corner to corner more than once. I really enjoyed the other artists on the past issues but Simmonds’s ability to elevate the tension and menace in this book is incredible. From the iconography of the upside down American flags on soft drink cans and Hawk’s cap, floating lizard alien fictions, to the use of the words from the book of revelations throughout the book to make the helicopters that Harrison arrives in on seem like they are made of those words carries such a strong impact as you are reading the book, it elevates Tynion’s already superb writing to stratospheric levels.  Bidikar can do no wrong on lettering and the cover for this issue continues to be compelling to the highest degree.

The new arc begins with more questions and the introduction of a compelling new character as Tynion IV continues to twist reality with the help of brilliantly psychologically jarring and impactful art from Simmonds.