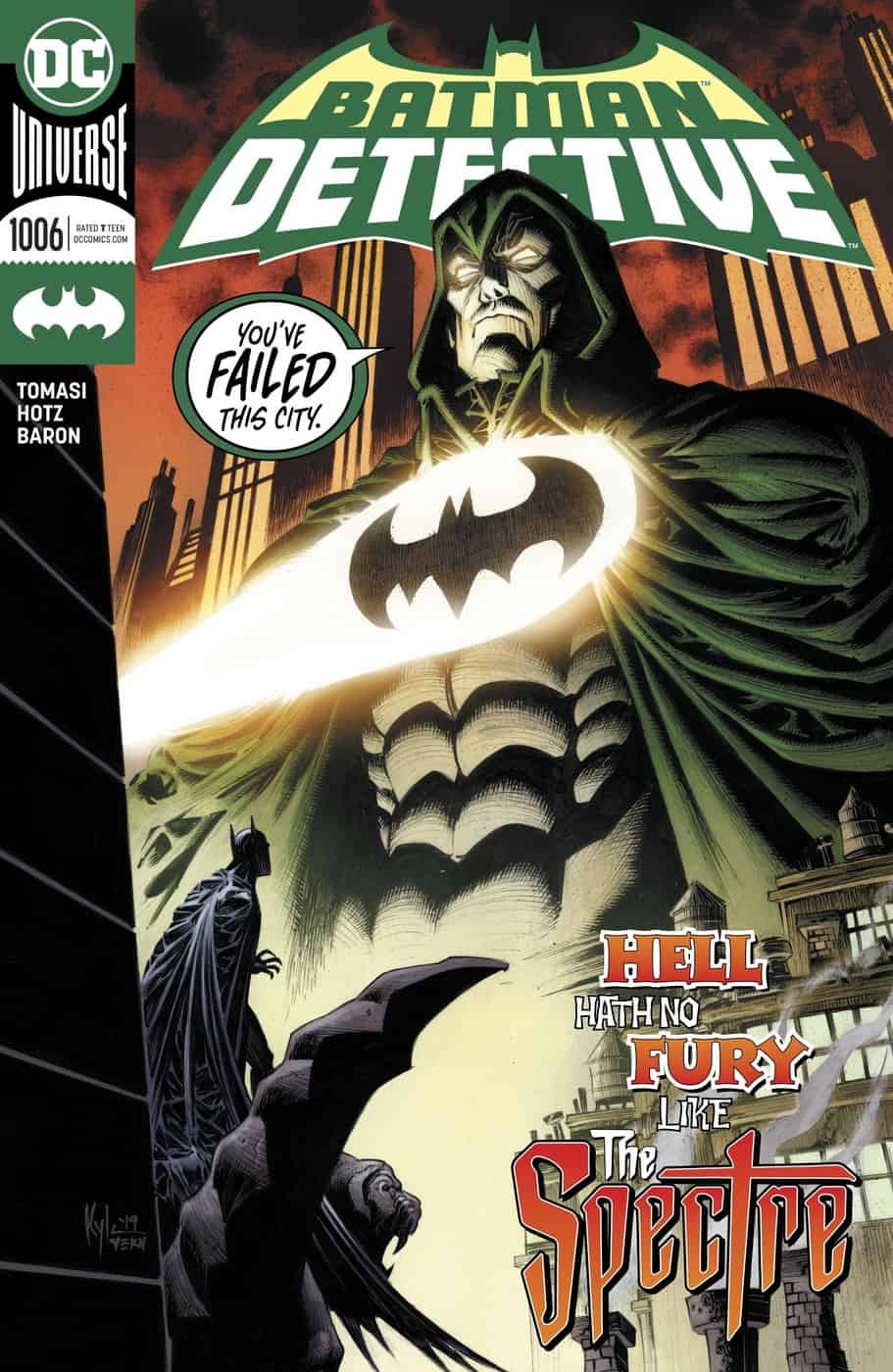 Detective Jim Corrigan has been shot on the streets of Gotham City—and the Spectre must reach out to Batman to help him find the secret assassin!

Coming right off of the introduction to the Arkham Knight, Detective Comics wastes no time in kicking off yet another incredibly interesting story that takes us back to the roots of the World’s Greatest Detective. 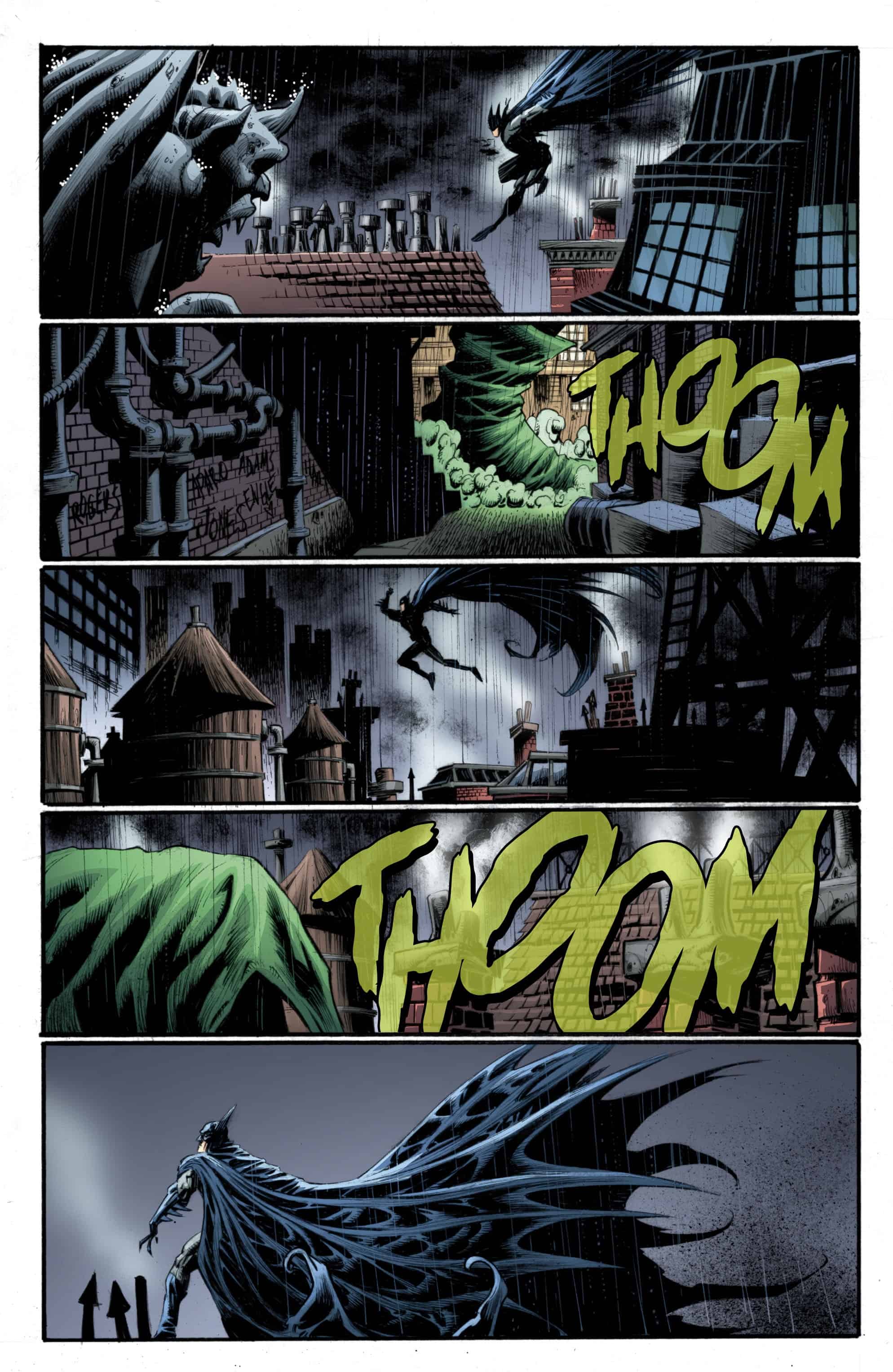 Tomasi seems to be hitting his stride (no pun intended), and while the previous arc may not have ended strongly, his run up to this point has been particularly enjoyable. Detective Comics #1006 is an example of not just the writer, but the entire creative team firing on all cylinders and delivering a story that hits all the right notes for a classic ‘tec comic. Although maybe it hits a little TOO many classic notes, because Batman’s ears are getting longer with every issue and it’s becoming noticeable.

Aside from this minor personal complaint, the artwork is absolutely stunning and is undoubtedly the highlight of the entire issue. Utilizing the Spectre in Gotham afforded some really unique opportunities for artist Kyle Hotz and colorist David Baron, and they executed magnificently. The heavy use of blue on Batman’s costume has become more prominent, and if it weren’t accentuated by the long ears, I would probably enjoy it a little more. Regardless, every page is a delight to look at.

The murder mystery setup feels like a return to form for the series after the sometimes-epic Arkham Knight story, and it couldn’t have come at a better time. It’s dark, gritty and even violent, but it all serves a purpose in the grand scheme of things. What is this cult who abducted Jim Corrigan? And how does Batman fit into all of this? The foundation is being laid for an intense thriller that is poised to only get better from here.

While the interaction between Batman and the Spectre is harsh, it is also one of the most intriguing aspects of the issue. The dialogue and overbearing tension between the two helps to create an interesting dynamic that continues throughout the entire issue. It’s their relationship that drives the story and keeps the reader engaged, despite the rather dramatic events unfolding around them.

Overall, Detective Comics #1006 is a welcome return to the dark mystery format with plenty of brooding and a hint of spectacle (thanks to the Spectre), culminating in one of the best single issues yet from this talented creative team.

'Detective Comics #1006' is a gritty mystery story that brings us back to the roots of the World's Greatest Detective. It's a dark spectacle with stunning artwork, showing this creative team still has a lot to offer.