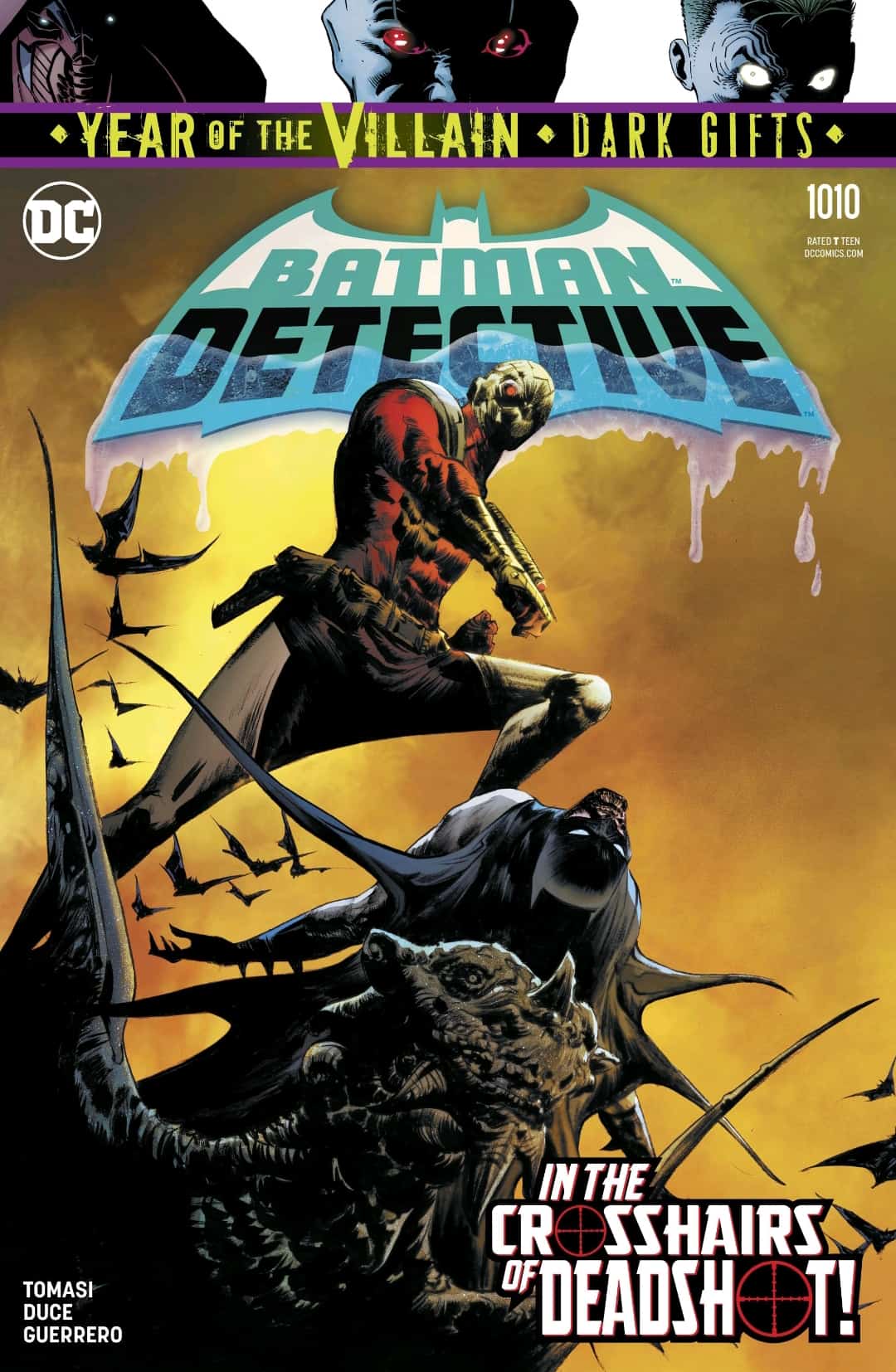 After his private jet goes down because of a freak storm, it’s up to Bruce Wayne to use all of his wits and the limited resources of the deserted island to save his Wayne Enterprises employees from one of the world's deadliest mercenaries: Deadshot!

It’s difficult to put into words just how confusing this issue was. If one were to take it at face value, it’s a harrowing tale of Batman surviving on a near deserted island where he’s rescued by enemy pilots that have been living there since World War II. All the while Deadshot is holding the Wayne enterprises employees hostage until he can properly begin searching for Bruce Wayne who was sucked out of the plane in the last issue. This issue is most interesting as the two pilots recount their first days on the island, telling Bruce that a storm brought them down as well. 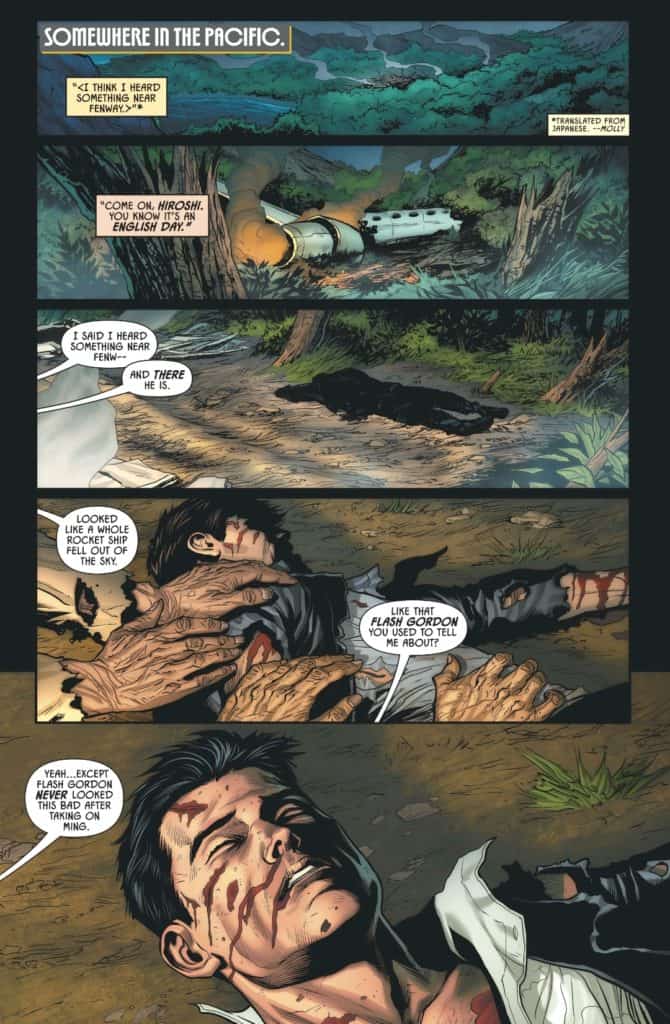 Things become confusing when considering the villain of this short filler arc. Deadshot, provided Task Force X wasn’t destroyed by Levithan in their first few attacks, is supposed to be on a short leash wielded by Amanda Waller. Yet here he is, saying that he’s been given a job to kidnap some billionaires. Deadshot shouldn’t be able to take jobs anymore and this break in continuity is a little bit jarring. I can understand Batman pretending not to recognize him to not draw attention that Batman is somehow, but it also doesn’t help that he still chose to stitch bat ears onto his makeshift costume. 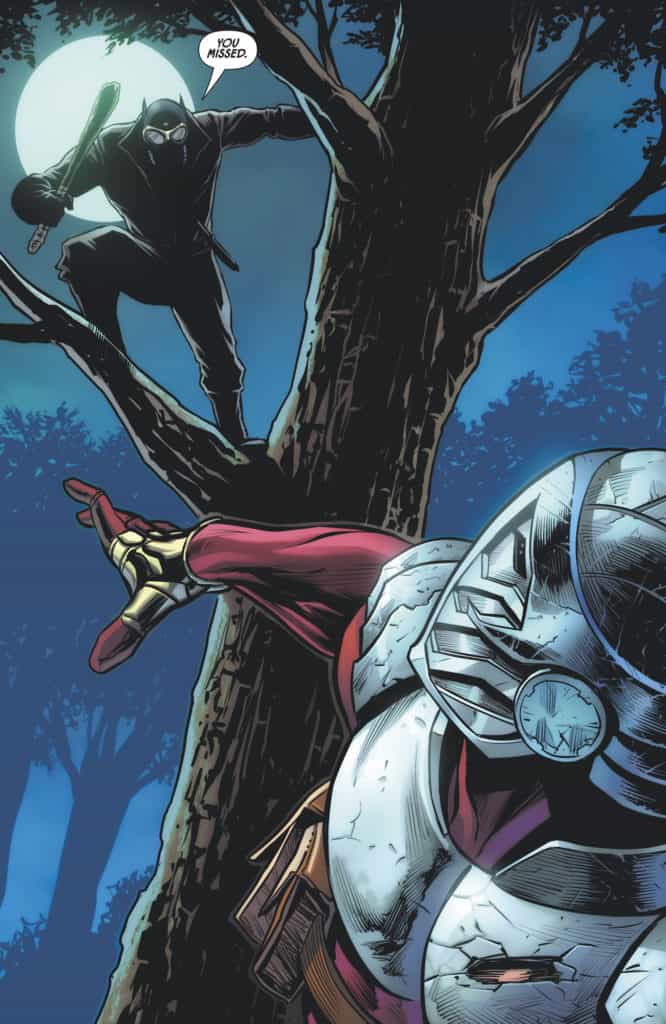 Thankfully the book is saved by Christian Duce’s amazing art and David Baron’s colors (though the cover states someone by the name of Guererro as the colorist). Duce gives everything in this issue incredible detail from the battle damage of Deadshot’s armor down to the smallest knicks and scratches to the fear on the faces of each of the captives, especially one employee that was cornered by a Panther that was about to have him for lunch. 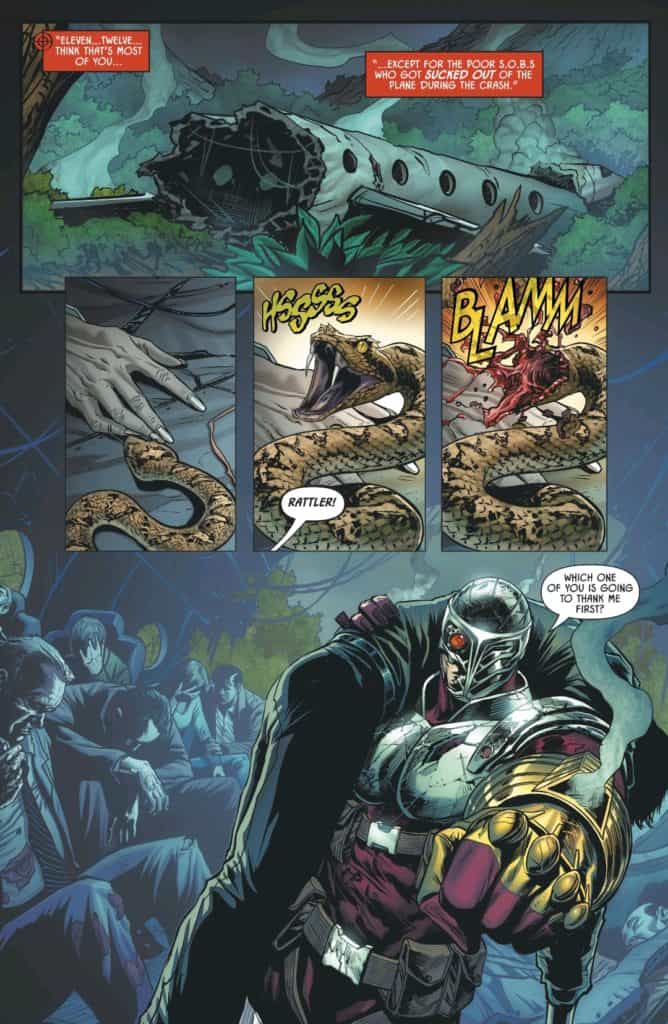 I don’t know if he also inked this or if Baron did, but they did a great job in darkening the shadows, especially to compliment Baron’s beautiful night skies against Batman’s dark silhouette. The moon shines brightly and is also unnaturally large, playing to the possible mysticism of the island. One scene that I will give great credit to is Barons use of a film reel kind of brown for the scene where the pilots met each other for the first time. It absolutely captures the feel of the 1940s.

This issue is quite mediocre, unfortunately. Peter J. Tomasi's writing isn’t the most interesting thing in the world here and it definitely feels like the filler that it is until the build up for Mr. Freeze’s Dark Gift is paid off. Christian Duce's art saves this book from being a complete waste of time and I would recommend it on that merit alone, but you’re just as well waiting until this short arc is finished before jumping back in when Mr. Freeze becomes the main villain for the next few months.