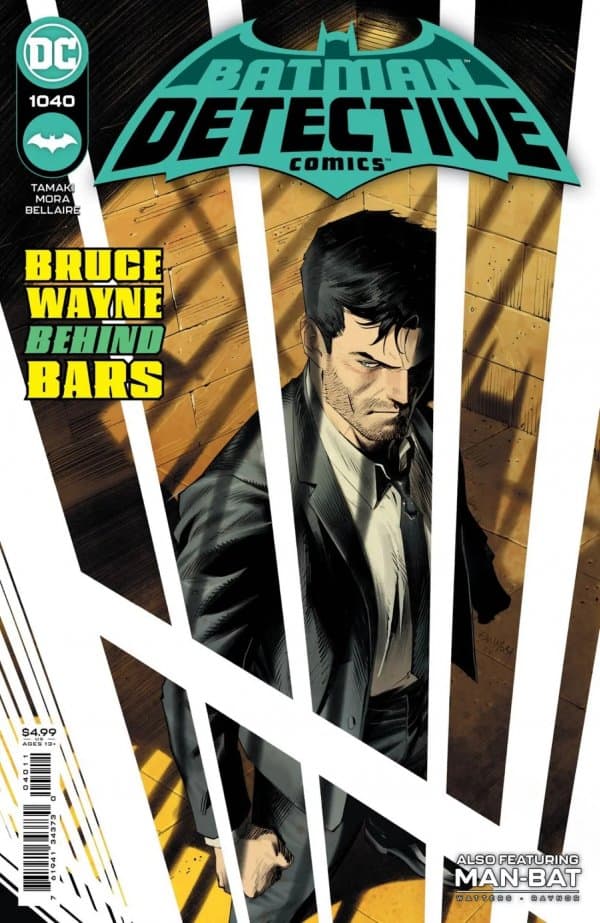 With Vile seemingly out of commission and Worth dreaming of nothing but Bruce Wayne's head on a platter, Bruce has to make a decision to separate the man from the Bat and throw the ever expanding group of big bad's who want to see both him and the Batman strung up by the cowl.

Detective Comics continues to be one of the strongest “street level” superhero comics on the stands. Tamaki continues to pull the focus onto Bruce himself, making him appear the most human he has in years whilst the ever present Oracle and various assembled Bat-kids make the book feel like a Batfam team book.

This issue is mostly told in flashback from a cellmates point of view and shows some absolutely delicious art from Mora and Bellaire as they take on a traditional costumed Batman in a setting like something from Batman The Animated Series. The story is by no means a throw away diversion however as the knowledge Bruce’s drunken weekend buddy reveals makes Bruce’s big idea seem all for nought… as the issue’s explosive finish confirms.

Detective Comics not only makes Bruce human it gives him a brand new sense of vulnerability which is endearing and real. This is a man who had everything, now having little next to nothing and sudden everyday run ins with the law. Wanted as a murder suspect, slowly but surely having everything that makes him who is taken away piece by piece. 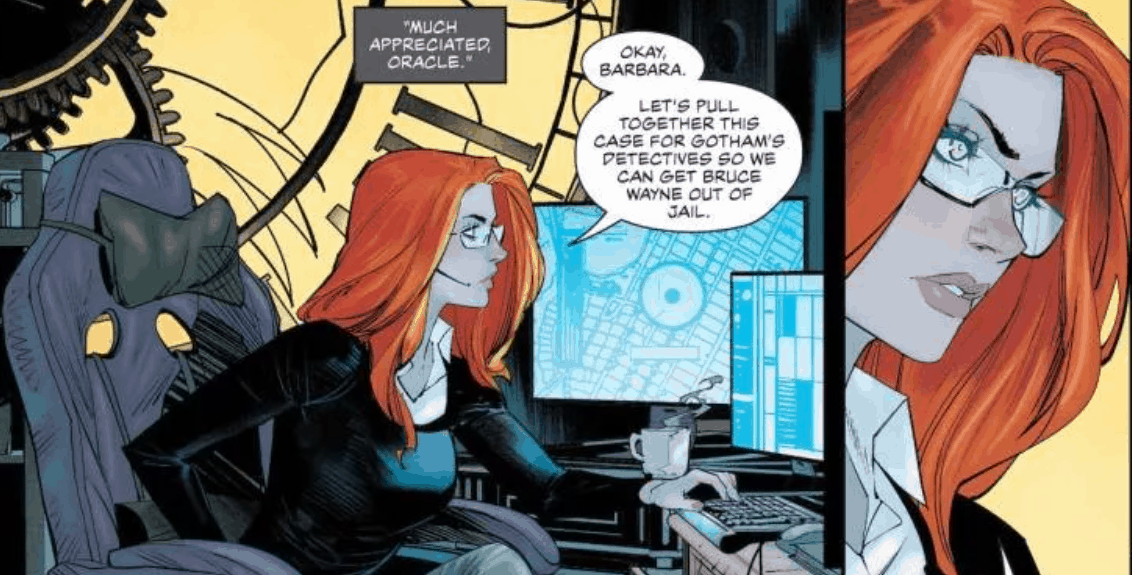 Detective Comics seems to effortlessly flow from issue to issue without dipping, which tends to be the curse of the superhero on-going. Tamaki's genius timing and the strength of not only Mora but it's stand-in artists really push Detective Comics to the pinnacle of superhero comics goodness.