Detective Comics #1047: You Plan a Tower That Will Pierce the Clouds? 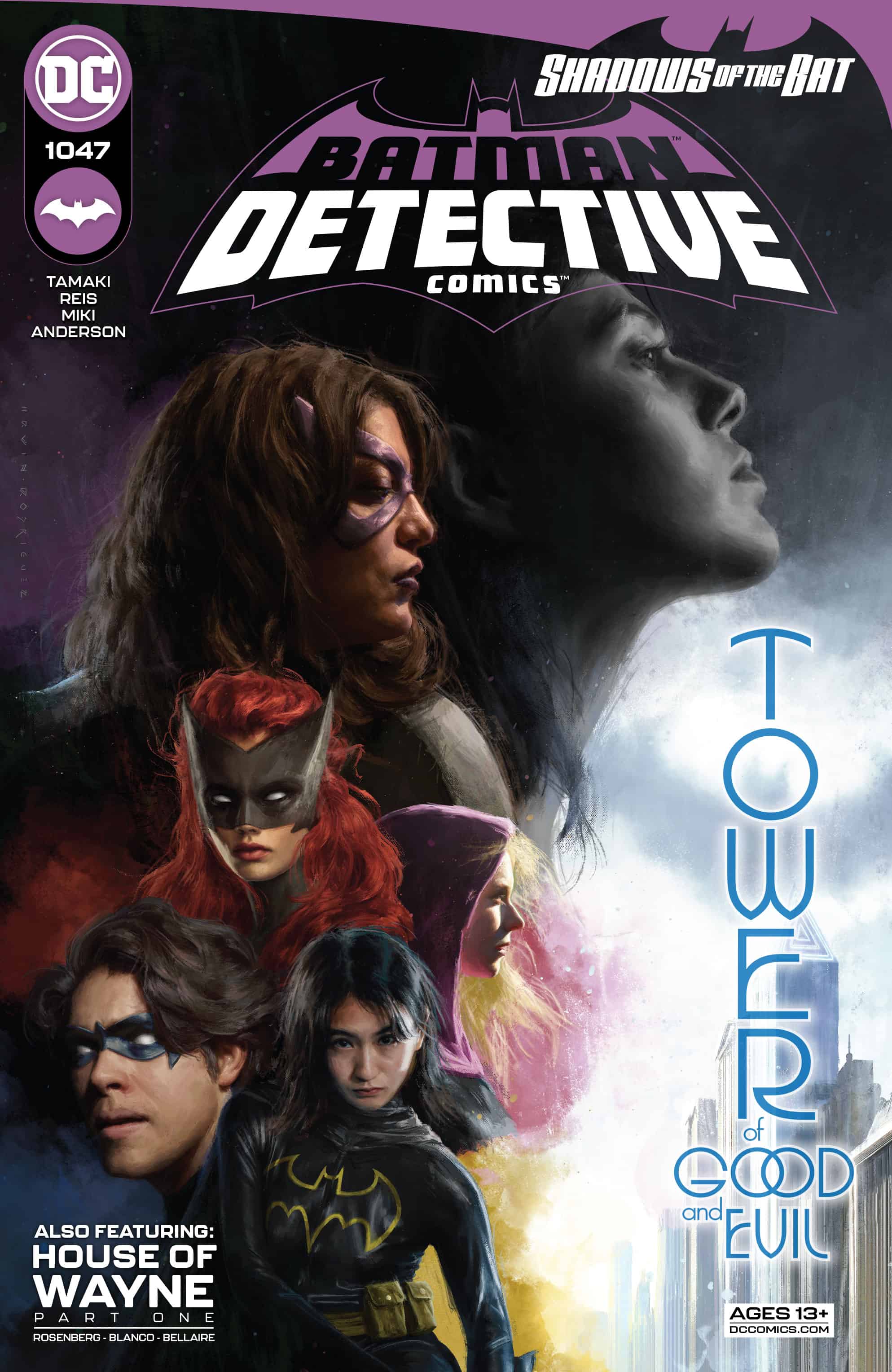 “The Tower” begins! The 12-part weekly Detective Comics event starts here. Arkham Asylum has fallen, and in its place, Arkham Tower has risen in the heart of the city, a pitch made by the mysterious Dr. Wear. Backup: “House of Gotham” begins! For a long time two houses have overlooked Gotham City, beckoning its broken: Wayne Manor and Arkham Asylum. 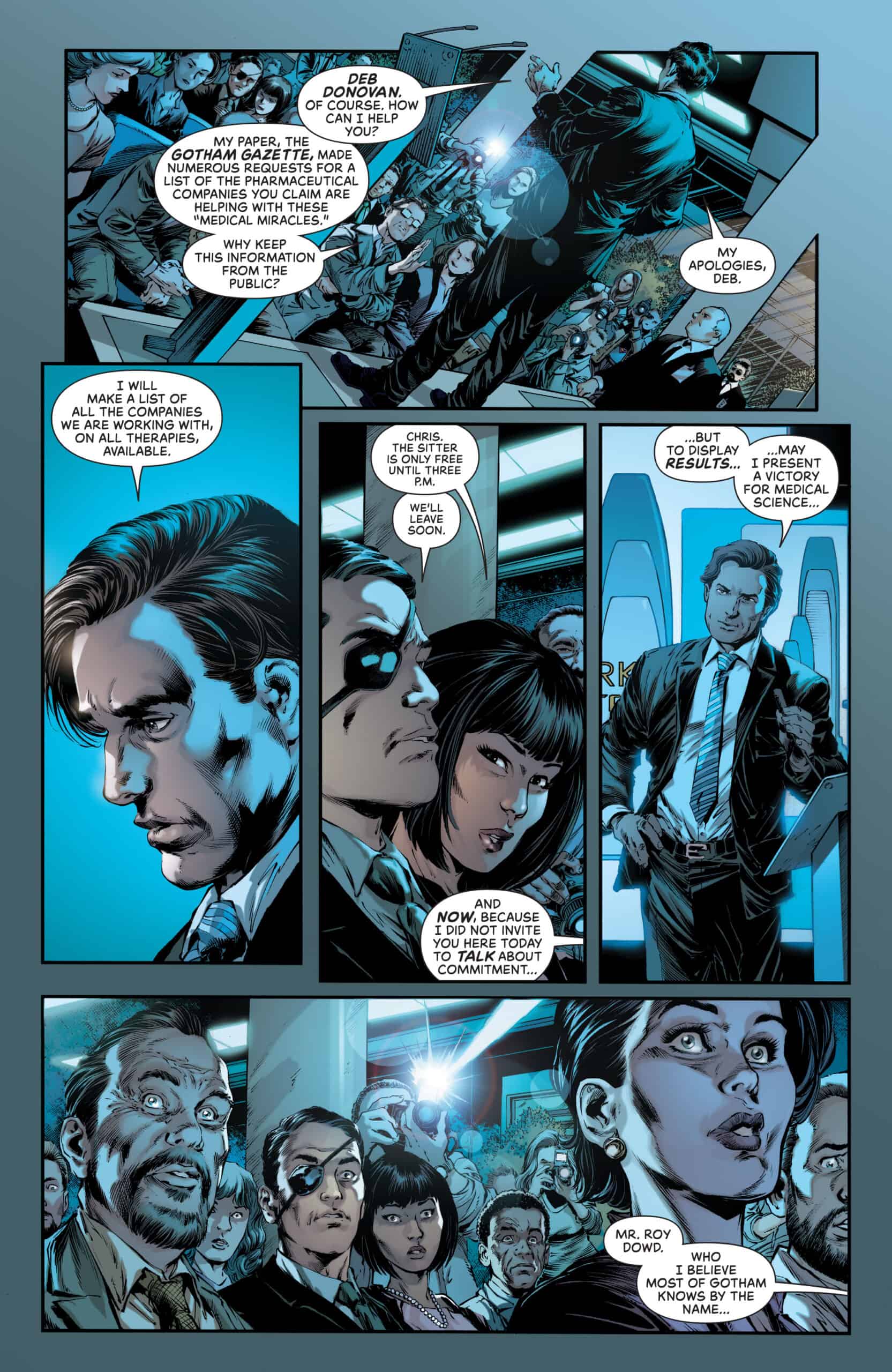 Mariko Tamaki’s Gotham City continues it’s evolution, now in the form of Gotham Tower– an ivory tower of light in the dark city, promising healing and growth for all of Gotham’s people from right in the heart of the city, as opposed to lurking on the outskirts as its predecessor. What could go wrong? As we see in this first chapter, the worst case scenario comes into play and the next 11 weeks worth of stories will presumably take us through how we got here and how we move past the horrific events of chapter 1.

The execution of this issue falls in line with the talent levels brought onto the project. Although there are reasonable concerns regarding the potential harm (as there almost always is) in the depiction of mental health– particularly with Arkham and question of illness versus evil– there is reason to believe that a skilled writer such as Tamaki is prepared to navigate those treacherous waters with purpose. Ivan Reis is one of the greatest superhero artists of a generation and he is quick to remind readers of such here. In terms of story-structure, the time-lapse stories we’ve been witnessing since “Future State” continue to be the dominant story-telling technique at DC right now and while it’s growing somewhat played out, it’s certainly not enough to completely derail the story.

Of particular note in this issue is the start of Rosenberg and Blanco’s backup feature, “House of Wayne”. The story promises to examine the juxtaposition of Wayne and Arkham Manors and their effect on the city’s lost souls. In this first installment, we meet a young boy, orphaned by the Joker (whom he notably never saw; he only saw Batman in the aftermath) and is sent to Arkham Asylum as a temporary social services solution. The notion of following this direct counterpoint to the typical Bat-Orphan narrative opens some very interesting possibilities, particularly in the sense of priviledge afforded by wealth. And with gorgeous art by Blanco and Bellaire, “House of Wayne” could end up being the real star of “Shadows of the Bat”.

Buckle up for a 3-month tour of what makes Gotham City the most dangerous city in the DCU in "Shadows of the Bat" from Detective Comics #1047. "Tower of Good and Evil" by @marikotamaki Ivan Reis @DannyMiki_ @Commentairy and "House of Wayne" by @AshcanPress @FdoBlanco Jordie Bellaire, Rob Leigh

Detective Comics #1047: You Plan a Tower That Will Pierce the Clouds?