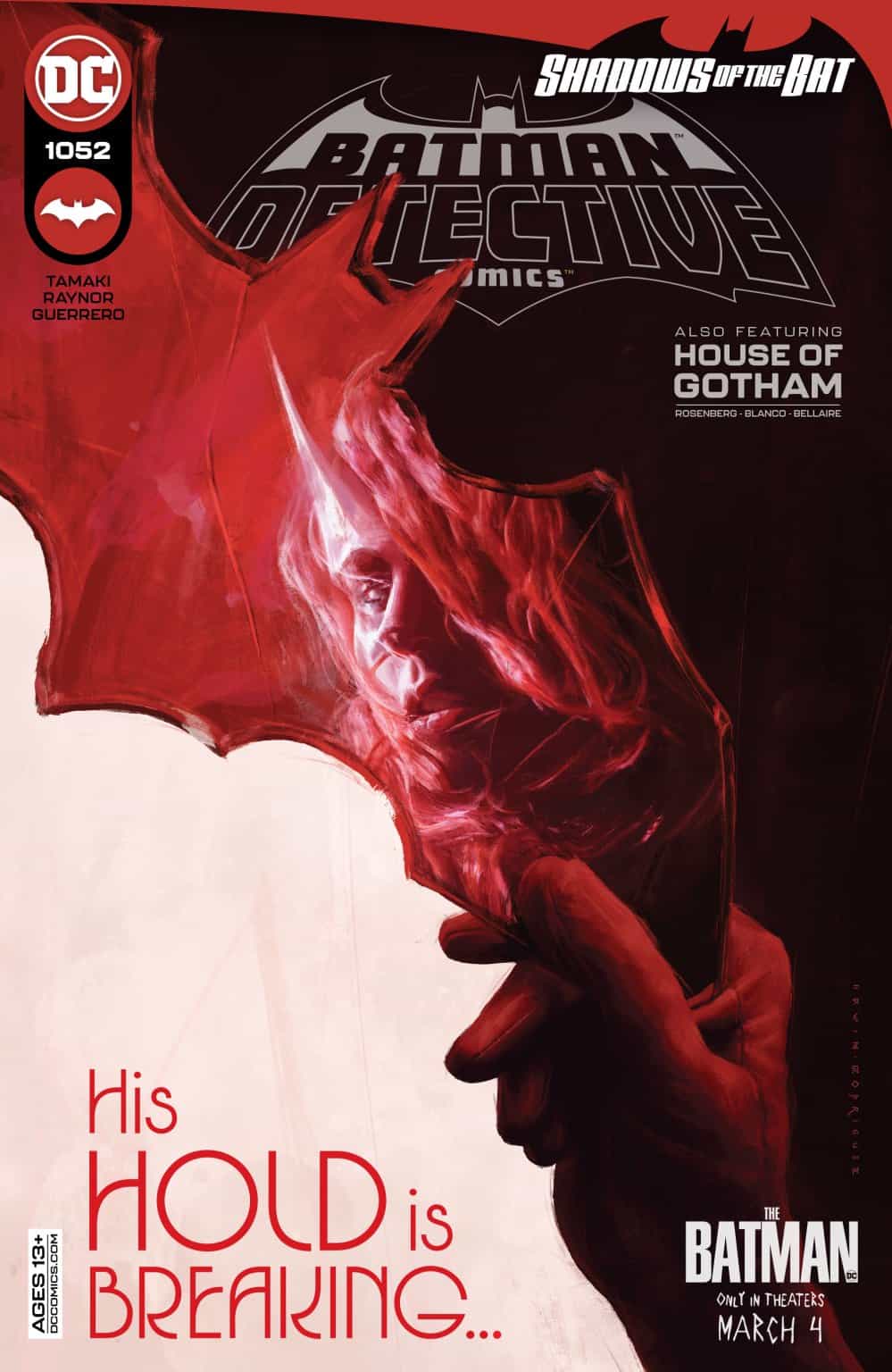 “His hold is breaking!” That’s the message written in blood across the minds of Arkham Tower’s inhabitants, after a nightmare melee is unleashed! With Gotham’s deadliest criminals reverting to their former, murderous selves in one horrific night, Dr. Wear has a lot of explaining to do…and a lot of covering up to perform. Can Nightwing get to the bottom of this mystery before the people of Arkham Tower are put in peril again?

Weekly comic books often come off as a stunt, thrown together by a committee of writers who fail to match one another’s tone. Mix in a bonus feature that adds a dollar to the cover price, and all the elements are in place to fleece readers for substandard comics. That makes it all the more impressive that author Mariko Tamaki, flying solo, has kept such an engaging, linear narrative together through the first six issues of her 12-part event, The Tower. Detective Comics #1052 did not take the story to new heights but kept the ball rolling as the characters barrel nearer and nearer toward the chaos that was promised in part 1.

Tamaki is again joined by interior artist Max Raynor, who replaces Ivan Reis on the title for the second consecutive week. While Raynor’s art is slightly glossier than his predecessor on Detective Comics, he positions beautifully drawn characters into legible sequences just as well. That book could seamlessly lose a penciler of Reis’s caliber without suffering for it is emblematic of the talent of DC’s stable of artists.

Batwoman is again the central character in this issue after having taken the back seat last week to Nightwing and the Huntress. The heroine tries to piece together the insidious secret behind Arkham Tower, revealed two weeks ago to be the manipulative power of the Psycho-Pirate. The Bat Family remains oblivious to the villain’s machinations, though, as Oracle and Batwoman investigate last week’s riot. The reader is reminded that the disaster was tied directly to Psycho-Pirate’s waning control over his psychotic patients by a flashback sequence following Dr. Meridian.

The one complaint about this week’s story is that it does not build off of Detective Comics #1051 towards a crescendo, instead preferring a slow-burning plot. The most significant new development divulged in the issue is a cliffhanger involving Huntress, the vigilantes’ inside woman in Arkham Tower.

Mariko Tamaki has made the most of the Dark Knight's absence from Detective Comics since issue Batman #118, crafting a can't-miss story starring his extended cast.  This issue does not do much more than move the story of The Tower forward, but the talent of its creators, the story that has led up to it, and the promise of things to come make it a must-read all the same.