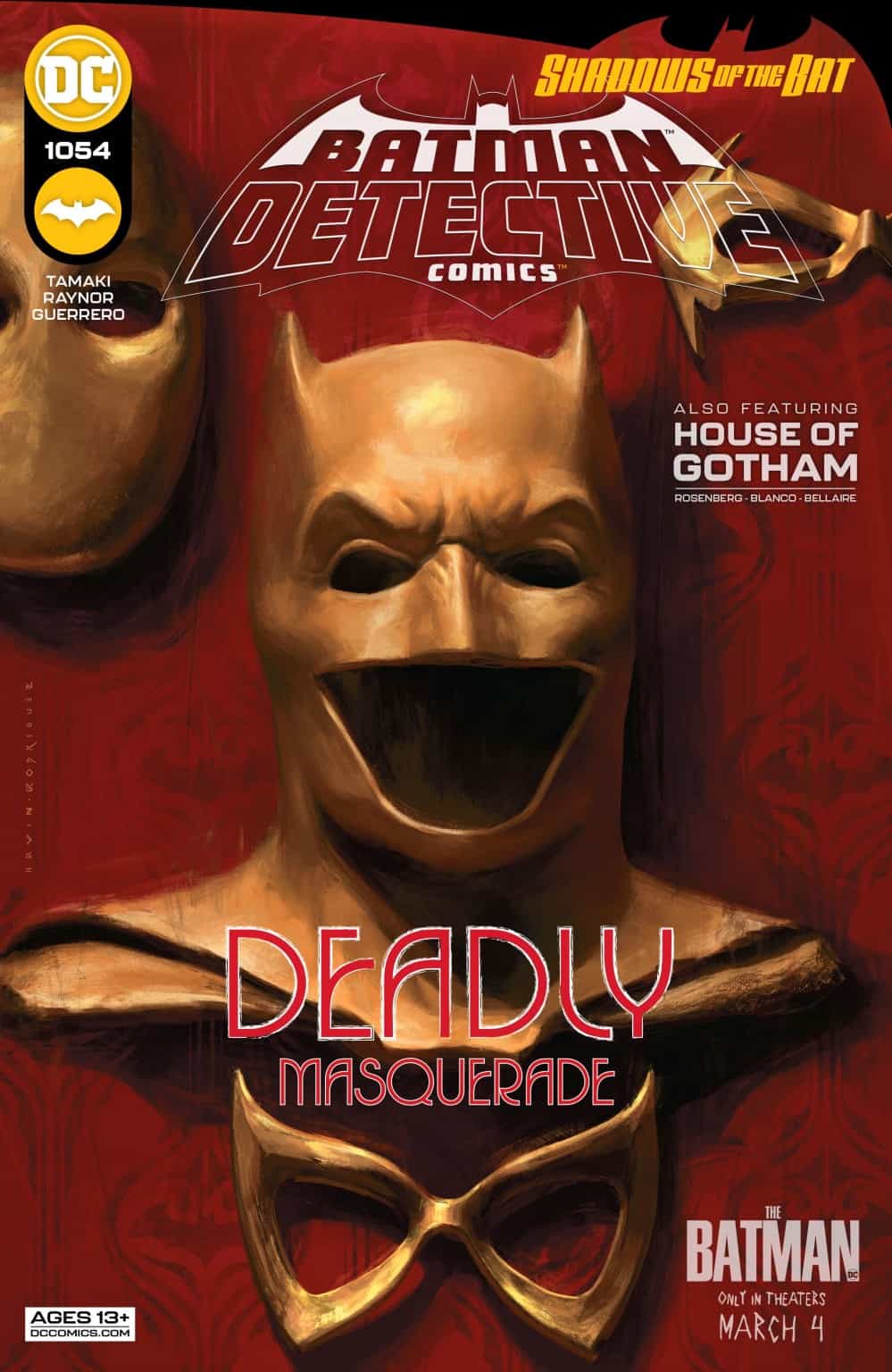 It’s Nightwing versus Psycho-Pirate in the grand finale of “Shadows of the Bat” act two of three! As Gotham’s elite gather to celebrate the formal opening of Arkham Tower, Dr. Wear’s secret weapon is more unhinged than ever, and the storm clouds of disaster gather above the city’s monument to reform! The Party Crashers, the Bat-Family, Penguin’s forces, and a tower full of innocent civilians and villainous patients converge in the chapter you’ll need to see to believe! Spoiler alert: not everyone makes it out alive!

When “The Tower” first began, readers saw scenes of chaos juxtaposed with Batwoman’s initial investigation into Arkham Tower. In Detective Comics #1054, they finally learn the story behind the melee first revealed to them all those weeks ago. Author Mariko Tamaki has finally given the payoff to weeks of buildup, and her twelve-part story is poised to take off in earnest from here on out.

Tamaki set up several (sometimes disjointed) plot threads in issue #1053. The author shows why in this week’s installment, weaving them together to create one of the best issues of the event so far. On the heels of their most recent showdown with the Party Crashers, the Bat Family scrambles to delay the grand opening of Arkham Tower. Batwoman implores Mayor Nakano to pull the plug on the project, while Spoiler, in her first major involvement of this story thus far, goes to patrol the event from the inside. Hilarity ensues when Nightwing’s discovery of Psycho-Pirate comes to a head.

Meanwhile, Dr. Wear has his hands full between his debt to the Penguin, the vendetta the Party Crashers have against him, and his waning control over Arkham Tower’s volatile residents. These combustible elements threaten to explode when Nightwing’s discovery of Psycho-Pirate comes to a head.

If this plot sounds too intense for just twenty-two pages, it certainly does not read that way. Tamaki is on point throughout, with sharp dialogue and tight plotting. She is matched page-for-page by artistic collaborator Max Raynor, who has, aside from some vibrant color schemes, perfectly captured the tone of Batman comics since his arrival on the title. His illustrations of the coming crescendo will be a treat.

The Tower's first six entries flew by, crafting an engrossing story even without Batman's presence.  After considerable plot setup in parts 6 and 7, the event returns to its frenetic best this week.  In revealing the source of the flashforwards that the readers saw in part 1, Tamaki all but guarantees that the big finish will be an explosive one.