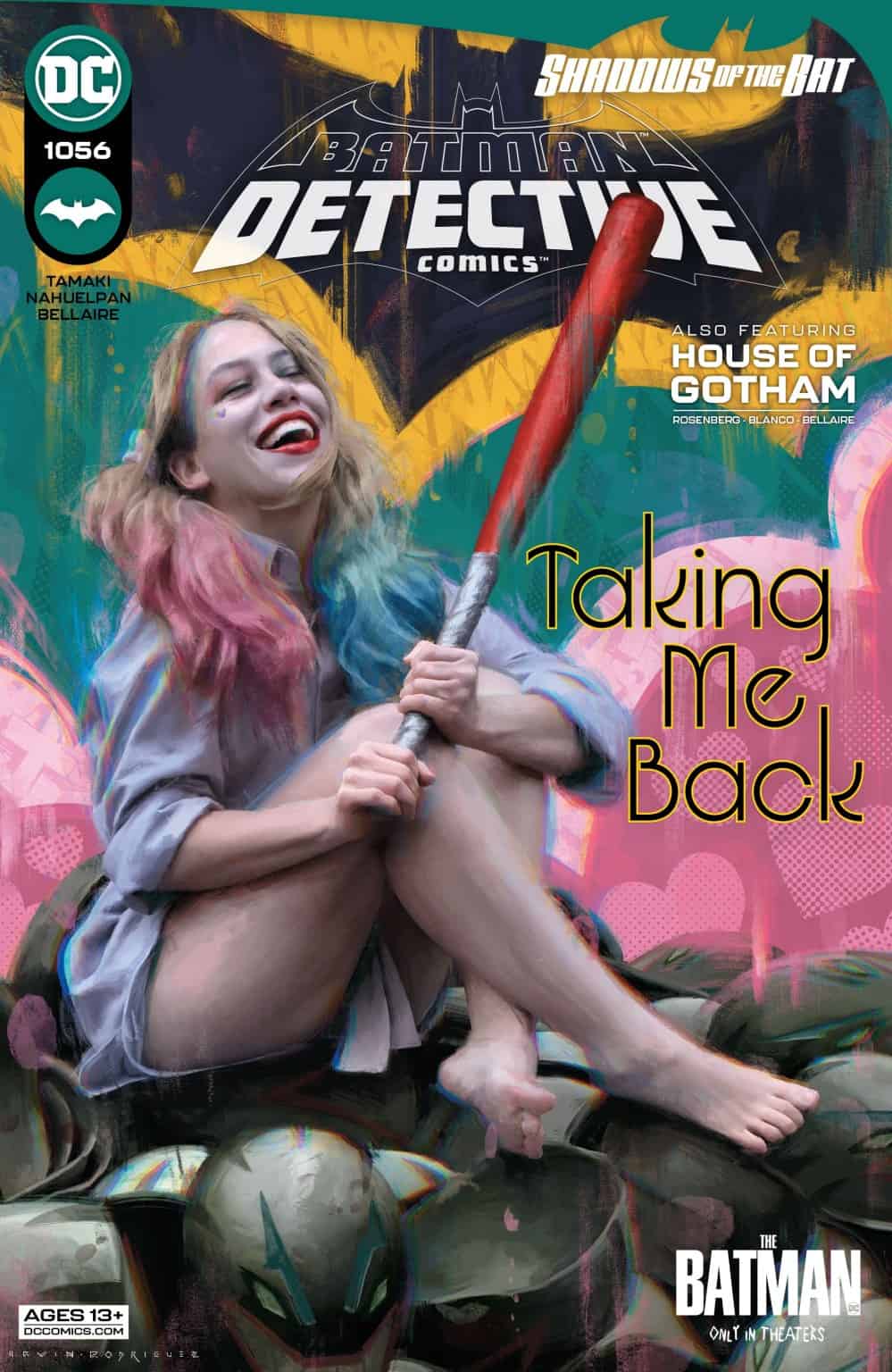 The Scarecrow stalks The Tower! Dr. Jonathan Crane, who recently terrorized Gotham City during “Fear State,” is but one of many villainous inhabitants of Arkham Tower jockeying for position as leader of the hostage situation unfolding before everyone’s eyes. Can the Bat-Family save the innocent civilians caught in the crossfire?

Detective Comics #1055 revealed Scarecrow as having taken advantage of the chaos inside of Arkham Tower.  It was a major plot development that left author Mariko Tamaki and her art team with several moving parts to manage in the three remaining issues of The Tower.  That process began this week with issue #1056, which explored long-running plot threads like what Stephanie Brown has been up to, why a patient styled herself after Harley Quinn, and the fate of Psycho-Pirate now that Arkham Tower is out of his control.

The issue begins in flashback, explaining the myriad of crises that led Koyuki Nakano to seek professional help at the ill-fated Arkham Tower.  When we return to said institution in the present, Nightwing is Scarecrow’s prisoner and Huntress is, yet again, alone and outnumbered.  Dr. Meridian is bound to a chair, as she has been for a few issues now, and Stephanie Brown is holed up with the civilians unlucky enough to have been invited to the Tower’s grand opening.

The predicaments of both Brown and Meridian are made worse by the Party Crashers, who arrived at the Tower to kill Dr. Wear only for the patients to solve that problem for them.  The gang happens upon Meridian and elsewhere lays siege to the room Brown has barricaded herself in.  Both issues are solved by major character introductions.  While surprising given the absence of the characters who enter the fray to this point, it will always make sense for Gotham’s crimefighters to show up for a violent hostage crisis.

As Huntress fends for herself and Batwoman rushes to the scene, Nightwing’s situation takes a dire turn.  As Scarecrow looks to use him to instill fear in Gotham, his fate is determined by yet another surprise reveal.  Finally, Psycho-Pirate and Koyuki Nakano, together since last issue, realize that there is truly nowhere to hide in Arkham Tower.

This issue is absolutely stuffed with narrative advancement and action sequences, which leads to a few crowded pages for artist Amancay Nahuelpan.  Nahuelpan manages to handle the abundance of action fairly legibly, ensuring the reader never gets lost in the proceedings.  In the few pages where he has room enough to be expressive, he again shows that his style is tailor made for the Batman line.

Finally, in the “House of Gotham” backup feature, the protagonist continues to show the cunning and charismatic side he exhibited last week.  By now, he has gathered a band of followers in No Man’s Land.  In this installment, he is finally ready to confront Batman face-to-face.

Dangling plot threads are tied up one after the other in this issue, which never stops to breathe in the best way.  Though the readers still do not know what Scarecrow's endgame is other than being evil, Detective Comics #1056 is generally a homerun.  The only concern is that the newly introduced characters will steal the limelight from Batwoman, Huntress, and Nightwing, who have done so much heavy lifting to this point in the story.  Nevertheless, this is the best issue of Detective Comics in weeks.