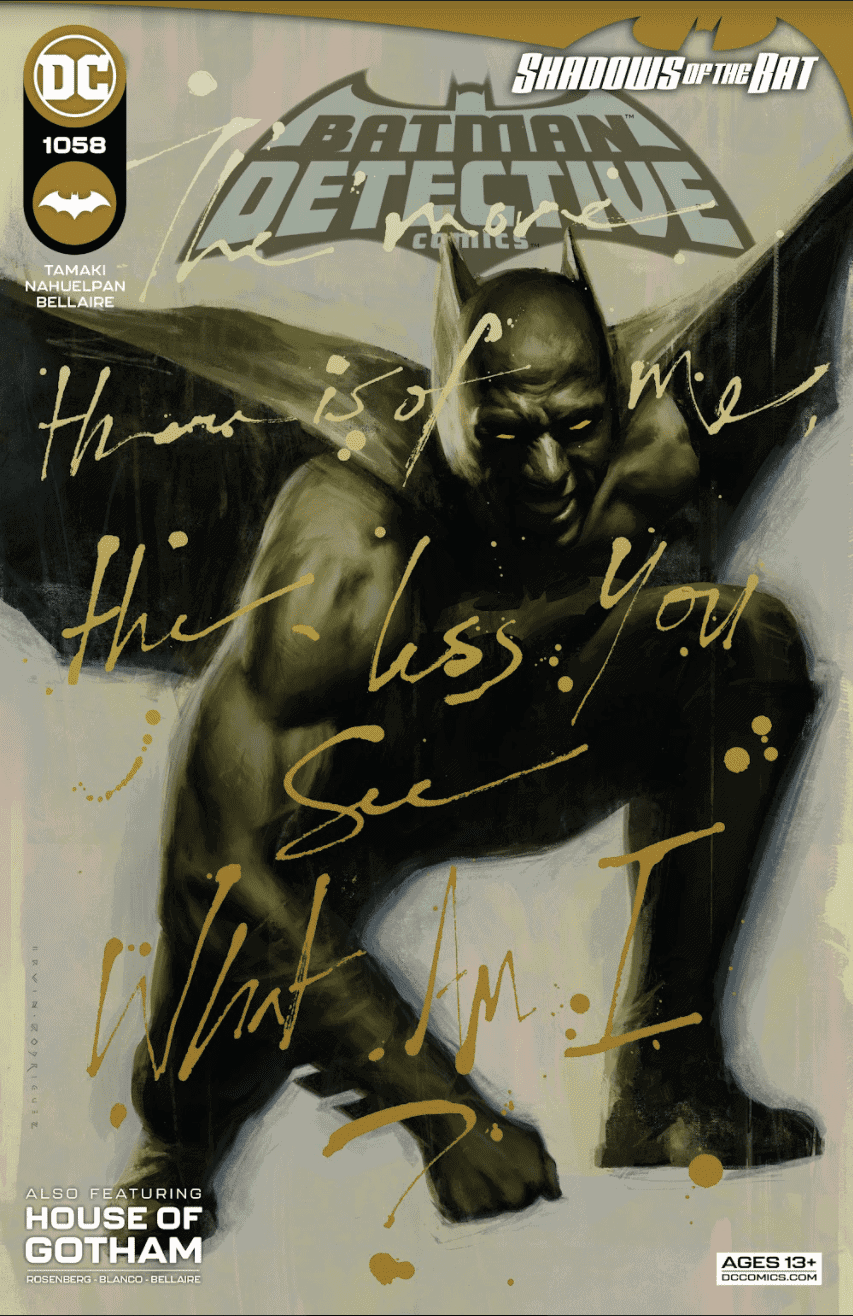 The Tower crashes to a close! In the epic finale to this weekly tale of terror, alliances are forged amongst unlikely allies, and the Bat-Family reassess their strategy in their war on crime in Gotham City. Will Psycho-Pirate be Batman’s newest eyes and ears on the streets? Can Koyuki Nakano ever recover from the traumatic events she witnessed? How much fun will the Batgirls have beating the snot out of Penguin’s goons at a seedy motel? The answers await you and much, much more in this cataclysmic culmination! (Except for the Batgirls, I'll tell you right now that answer is "a lot.")

The Tower may have only begun three months ago, but its 12-issue length has made it feel all but never-ending. Detective Comics #1058 dispelled that notion by concluding Shadows of the Bat once and for all.

With Scarecrow’s plot to take over Arkham Tower nixed, the Bat Family moved to secure Psycho-Pirate, who was pursued by a vengeful Penguin. Elsewhere, Mr. and Mrs. Mayor Nakano addressed their respective nightmare experiences with Arkham Tower, a story Deb Donovan reiterated for the readers via a fictional op-ed. Finally, the issue’s cover is explained as the next major Batman villain makes his presence known.

If that plot summary seems to betray a razor-thin issue, it is because it does. After weeks of crowded issues, The Tower’s finale lazes along as a sort of extended recap. Little is achieved in the way of narrative advancement; the audience is still in the dark over Scarecrow’s unfulfilled endgame and the specifics of how Koyuki Nakano saved the day. This is after Batman unceremoniously hijacked an arc predicated on his absence.

The Tower will go down as a story of two parts. Unfortunately, it was only the beginning that delivered.

If the empty calorie plot achieves one thing, it is giving Amancay Nahuelpan room to draw. The artist’s action sequences of either Batgirl may just be the visual high points of this entire lengthy yarn.

Like its A-side, House of Gotham also concluded this week. The protagonist used his carefully gathered villainous allies to set up a climactic showdown between himself, Batman, and the Joker in ‘Tec #1057. This week, he put Batman in the unfamiliar position of defending his arch-rival. The conclusion is a shock but marks House of Gotham as more of a commentary on the human cost of Batman’s crusade than an actual comic book story.

The preview for Detective Comics #1058 promised that The Tower would "[crash] to a close!"  In reality, it whimpered, and quietly at that.  This 12-parter could have been something over six installments but concludes as an overlong missed opportunity.  Hopefully Mariko Tamaki, who had excelled prior to The Tower, can get back on the horse in her upcoming Riddler arc.