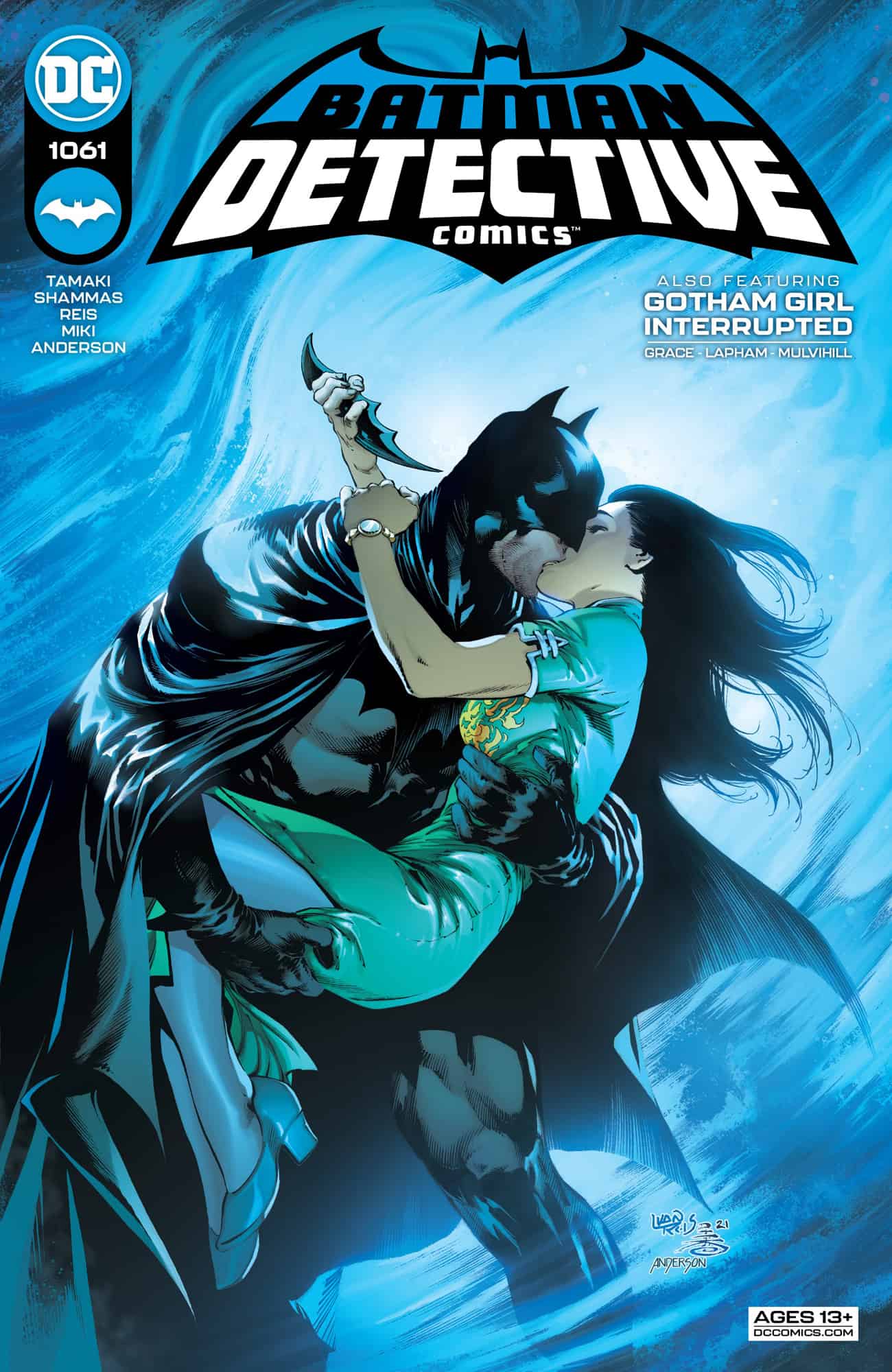 Mommy’s home! With Talia al Ghul back in town, anything can happen...and the mother of Robin is here to lay down the law. Meanwhile, the Riddler’s scheme to turn Batman’s sacred city into a twisted riddle of life and death has at last been revealed...and Edward’s going to use whatever and whoever he can to turn Batman’s life upside down.

Then, in the finale of "Gotham Girl, Interrupted," Claire Clover unravels the mystery behind the Gotham Girl website...so why doesn’t she believe what she finds in the process? It’s betrayal, healing, and punches galore!

Detective Comics #1061 represents a conclusion not only to the current arc “The Seven,” but also to author Mariko Tamaki and artist Ivan Reis’s time as a creative team on the original Batman comic.  Nadia Shammas has joined the duo as co-writer for the duration of the Riddler-centric arc and will also depart after this issue.  The trio ties together the mystery laid out over the first two installments of “The Seven” in a sprint of an issue.

To begin, an unlikely source is revealed to have exposed the secrets of the Donovan family to the Riddler.  That secret, as well as the origin of the villain’s “citizen criminals” are revealed via flashback in the ensuing pages.

Back in the present, Caroline Donovan has just killed a man (as seen last issue) to maintain the secret of the Riddler’s control over the ostensibly average Gothamites who have been committing felonies on his behalf.  Before Batman can find that out for himself, the judge is spirited away.

Expositional text of the Dark Knight’s thought process reveals him to have put the pieces of the Riddler’s scheme together and justifies his reputation as World’s Greatest Detective. Before Batman can apprehend his foe, though, he is met with a deadly dilemma typical of the schemer.

Just when it seems the Caped Crusader will save the day, the Riddler’s machinations return him to the question that began this arc: when is a murderer not a murderer, and a hero not a hero?

This issue ironically suffers from overstuffing after the gargantuan “Shadows of the Bat” arc, which overstretched itself over twelve installments. “The Seven” as an arc has largely been a microcosm of Tamaki and company’s time on Detective Comics:  chock-full of promising moments hampered by pacing issues, yet stunning visuals from Ivan Reis.  On the whole, though, it is capable but forgettable.

In the book’s backup story, Gotham Girl continues where she left off last issue, enraged and on the hunt for Dr. Meridian.  When her suspicions turn out to be misguided, Gotham Girl fights with one of Batman’s closest allies.  After the hero-on-hero punch-up concludes, the young hero gets some much-needed encouragement on her mental health journey.  Meanwhile, her delusions are revealed to have been guided by a sinister force.  The “Gotham Girl, Interrupted” backup story gave the Tom King creation some solid characterization from Sina Grace as part of an unexpectedly sturdy and character-driven plotline.

Mariko Tamaki’s time on Detective Comics was by no means a failure, but was at least somewhat sabotaged by issues of pacing after a promising start.  Shadows of the Bat dragged on while "The Seven" sprinted to its conclusion, coming to provide the author’s run with an underwhelming conclusion.  While that is lamentable, fans are now left to look forward to Ram V’s run on the title.