Detective Comics #1063: Down a Dark Hall Most Deadly… 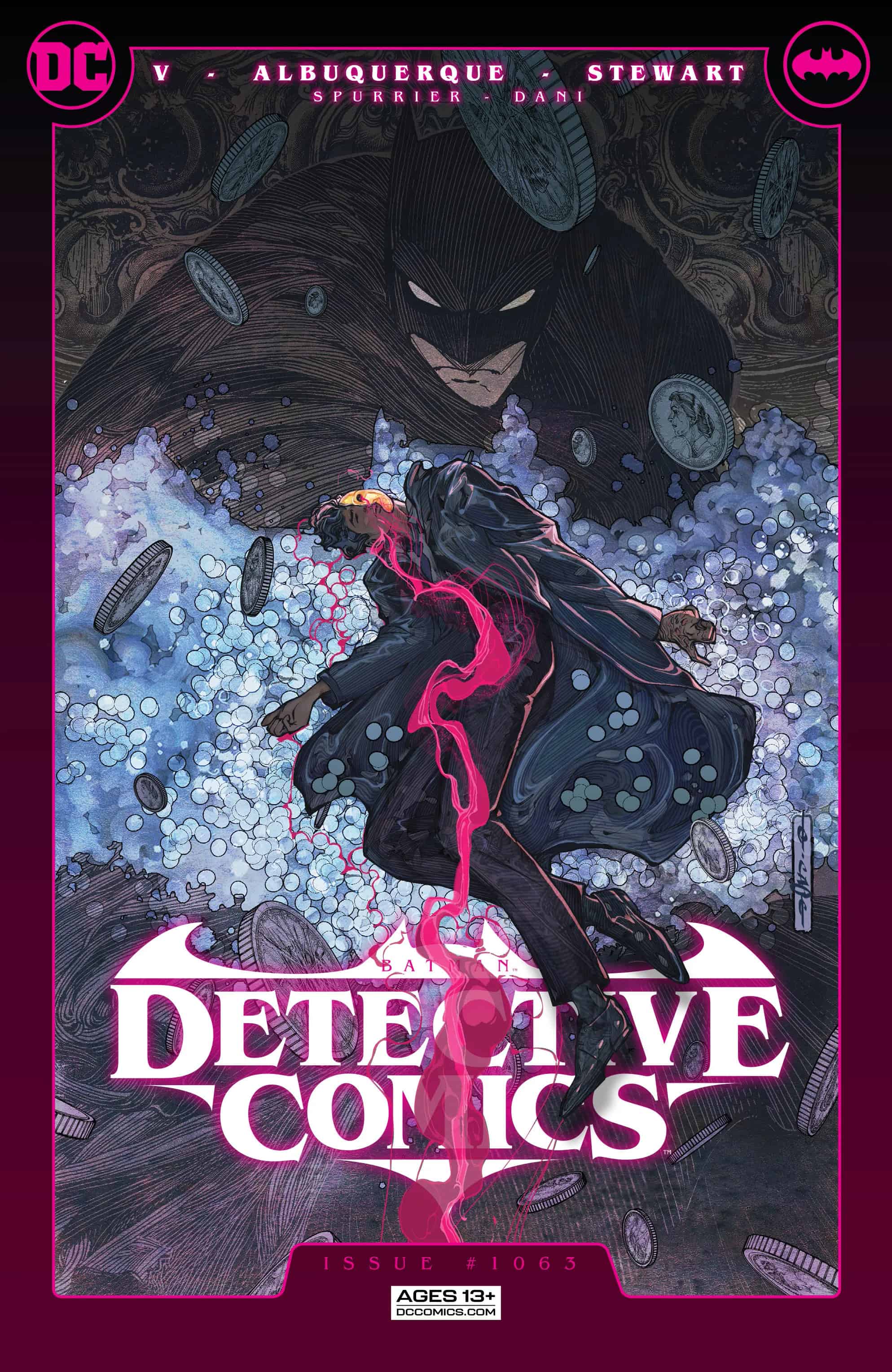 Old friends Bruce Wayne and Harvey Dent share a moment together asking: At what point does Gotham not need a Batman anymore? As Batman’s investigation around Gotham leads him to encounter more and more demonic beings, the one thing they all have in common is…they’re all people he fights to keep off the streets and behind bars. But when Two-Face appears asking Batman for help, is he friend or foe? And is whatever’s going on with Batman already too late to do anything about?…Is he the detective or the devil?

It’s the second issue of Ram V and Rafael Albuquerque’s run on ‘Tec, and they’re setting up a very grim and macabre tale for the Dark Knight Detective, the possible return of one of Bats’ classic rogues and the debut of some new ones, and I am ready for it. Plus we get a bonus story about Jim Gordon, and his relationship with Gotham City by Si Spurrier and Dani that’ll make you beg for the next installation –  so let’s get started, shall we?

Ram V has become one of the most prolific and talented writers over the last few years, and there’s a good reason. He gives us deep, impactful stories that engage the readers to look deeper than what’s on the surface, and see a facet of the character that we might not have thought to realize. With the story here, it’s the sense of depth that is most felt. We’re getting a side of Bruce that, while touched on in the past, feels different here. There’s an uneasiness about what’s coming for Gotham, and it gives us a glimpse into the man who is often viewed as a god due to his place in the superhero community, as he stands shoulder to shoulder with literal gods, like Superman and Wonder Woman. It’ll be interesting to see where Bruce goes from here.

That’s another thing I’ve noticed over the course of the last two issues. I’m referring to Batman as Bruce, and not Batman. Could it be the humanizing effect that V has when it comes to writing these characters that have become larger than life due to the decades of stories told, and the world that’s been developed. Gotham has become a fictional Tartarus, teetering on the edge between a broken civilization filled with a dark puissance, and oblivion, where the abused populace sinks deeper into this living hell that breeds a darkness that taints every aspect of your soul. This journey V is taking Bruce and his audience, will give us something that’s elevating how the seediness of Gotham, and the dark places in Bruce’s soul, are completely codependent with each other.

Along with V, Rafael Albuquerque is no stranger to the dark and deadly places that one may go, all one has to do is look up his past work on American Vampire or Animal Man to see that he’s the right artist for the job ahead of us. Albuquerque’s also no stranger to Gotham, so bringing him on board was definitely the right choice. His Batman is dark, but it’s his Gotham, and the way it lives and breathes, as it chokes on the soot and grime that covers it that impresses me here. Gotham is becoming as much a member of the cast as it ever was.

The story of the dark and macabre that these creators are giving us dives deep into the horror and gothic storytelling, while remaining within the confines of the a crime-noir themed storyline steeped in growing the mythology that is Gotham City. There’s a depth here that looks to bring us to a Gotham that many creators attempt to create, by making the city as much of an integral member of the cast as the characters involved. If the crew lands the ending, this could be one of those classics that are mentioned alongside with Steve Englehart and Marshall Rogers' seminal run.

Detective Comics #1063: Down a Dark Hall Most Deadly…