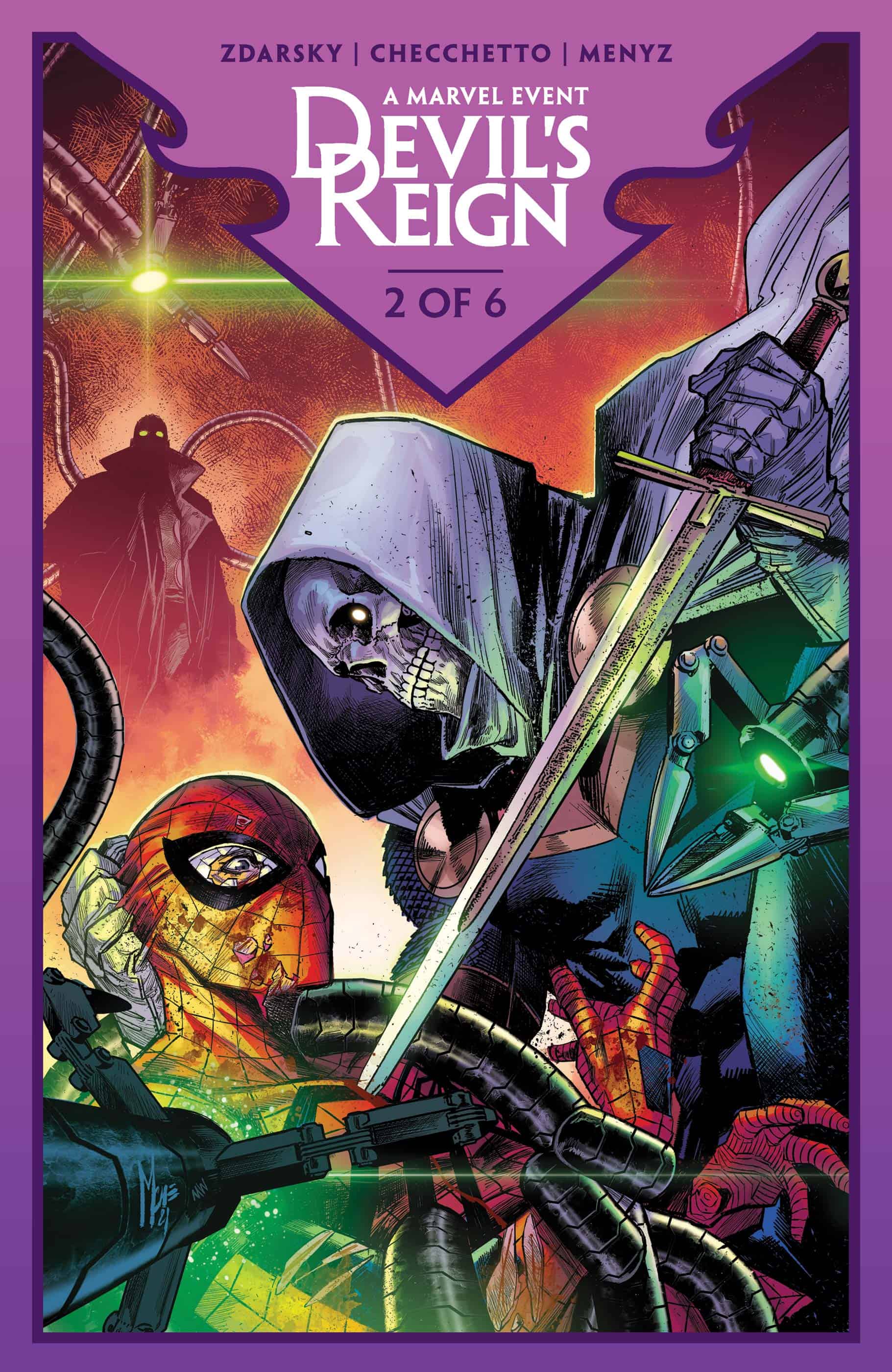 The Kingpin is mayor of NYC... and has outlawed all superheroes.

Spoiler: things are about to get worse.

Devil’s Reign continues the hot streak established by its inaugural outing with its second issue. Don’t get caught up in the whole “event comic” aspect of it – Chip Zdarsky, Marco Checchetto, Marcio Menyz, and Clayton Cowles are absolutely delivering the goods.

As the narrative begins to get its space to breathe, certain aspects of it come better into focus. This isn’t just another “heroes get outlawed” story (Marvel is replete with those at this point), but rather, a more nuanced focus on the balance of power in both politics and society writ large. There’s plenty being said about abuse of power, as well as deliberate manipulation of public trust. Further, there’s more than a little being said about the nature of money in politics, and its corrosive effect on the process’s legitimacy, both practically and perceptually.

Even with all of those heady themes, there’s still real forward momentum with the story and tons of fun moments. Sue and Reed Richards – arrested last issue – get a wonderfully fun moment while imprisoned, that absolutely affirms what a badass the former Invisible Girl is. Tony Stark is subtly rebuked by his teammates (I’m sure there will be no repercussions at all from his bruised ego). Ben Reilly gets a great hero moment, but most importantly, Luke Cage is naturally poised to be a hero in a whole new way – one that at once feels natural, unexpected, and completely exciting. I can’t wait to see where Zdarsky (and Marvel in general) takes this sudden turn.

The art by Checchetto and Menyz is as revelatory as usual. These two are absolutely a powerhouse combo that cannot be beaten. Checchetto’s naturalistic lines and renderings are brought to life by Menyz’ soft palette. Together, they are reminiscent of Jim Cheung’s best work.

That down-to-earth style fits Devil’s Reign like a glove. This isn’t yet another event comic about a world-ending menace that leaves and is forgotten as quickly as it arrived. This is a street-level story, propped up by meditations on real-world concerns and applied to some seriously vulnerable – and human – heroes. Marvel is always at its best when it lives up to its self-applied descriptor, “The world outside your window.” Devil’s Reign more than lives up to that appellation.

Devil's Reign #2 mines rich narrative themes of corruption, abuse of public trust, and money in politics to great effect. Don't be fooled by the "event comic" tag - this is a story worth your time, money, and consideration.