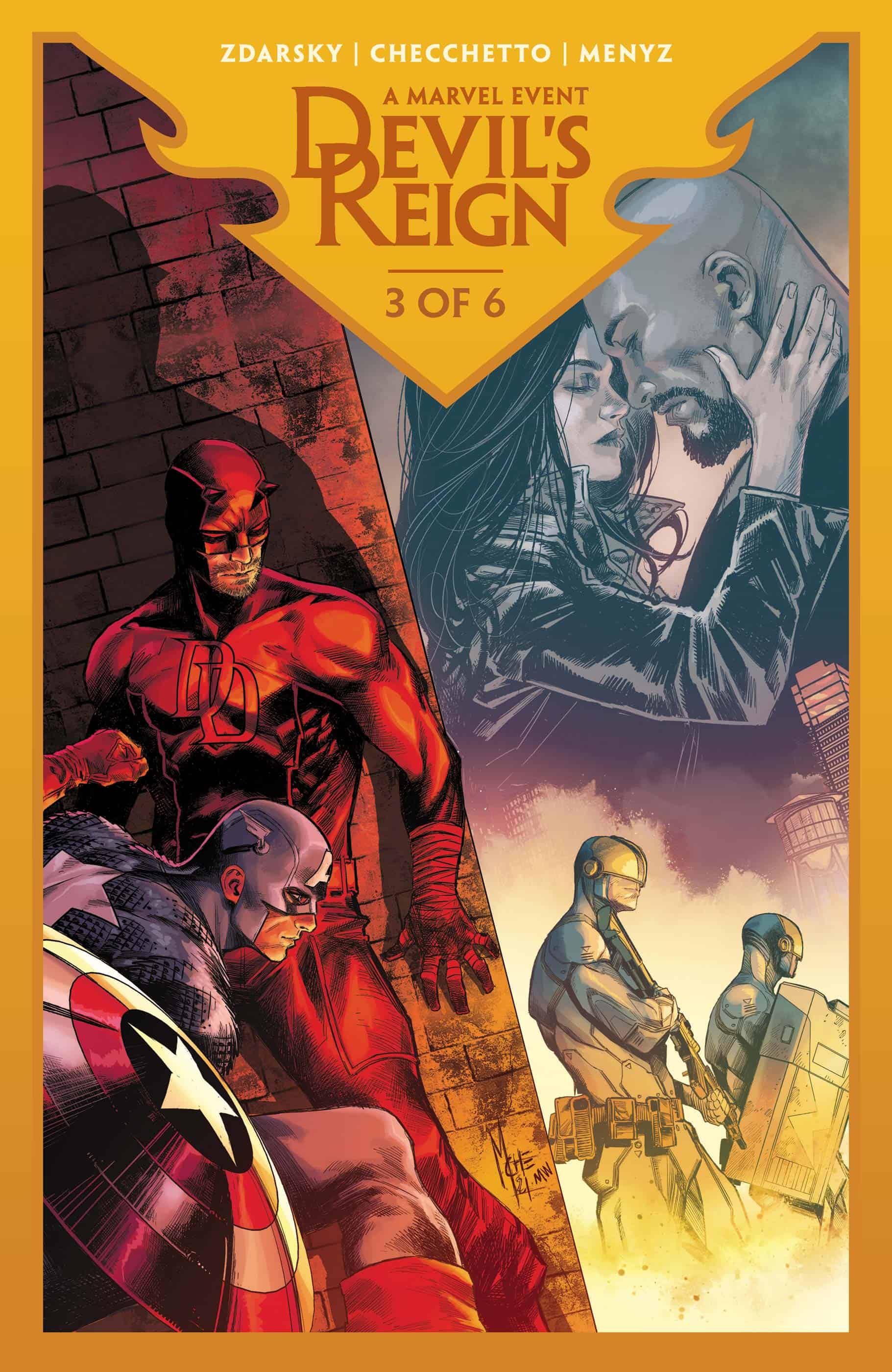 Kingpin is the mayor. Superheroes are outlawed. Luke Cage is running for mayor and Iron Man seems more than a little butthurt about it. Maybe too butthurt...

Folks, it's just another fun-filled day in the Marvel U!

As Devil’s Reign hits the halfway point, it’s nice to be able to say that Chip Zdarsky’s story is still unclear as to how it will play out. Some stories, such as Empyre, are good, but the ending – in which the heroes will inevitably save the day, feels like a foregone conclusion. Not so here: as each “side” of the Kingpin’s manufactured conflict grows more and more entrenched, the murkier the outcome becomes. I honestly don’t know how Devil’s Reign is going to shake out – and that’s a wonderful thing.

Event comics in and of themselves have become non-events in and of themselves in the past decade-plus, as their continuous nature has rendered them and their stakes more or less moot. How many times can the world/universe/multiverse almost end? How many times can Marvel’s heroes be outlawed and/or whomp on each other? Eventually the schtick wears thin, although there are always standouts to one degree or another: sure, some event comics are awful, but better to try and fail than to be utterly forgettable like King in Black or Age of Ultron.

So far, Devil’s Reign has fully leaned into that unpredictability to its full advantage. Zdarsky knows the rules of event comic engagement, and is deliberately swerving away from them with manic glee. That trend continues this issue with wild abandon, as things take a decided turn for the worst across the board.

Marco Checchetto and Marcio Menyz continue to be pitch-perfect partners in artistic crime for this series. Checchetto has been Zdarsky’s go-to during much of his DD run, and he hasn’t missed a step segueing into Devil’s Reign. His understated style doesn’t have quite the same crime-noir edge that Daredevil artists past such as Michael Lark has, but it’s certainly grounded in a way that’s tonally equivalent – and perfect for Daredevil’s world. Think of him as stylistic cross somewhere between the aforementioned Lark and another DD legacy artist, Chris Samnee. Menyz’ coloring is jaw-droppingly beautiful, to boot. Marvel tends to save its A-list artists for their event comics, and it’s telling that Checchetto and Menyz are more than up to the task.

Devil's Reign #3 proves why Chip Zdarsky is always a can't-miss writer. Miss this comic at your peril!