Dial H for Hero #5: Mysteries of the Heroverse Revealed 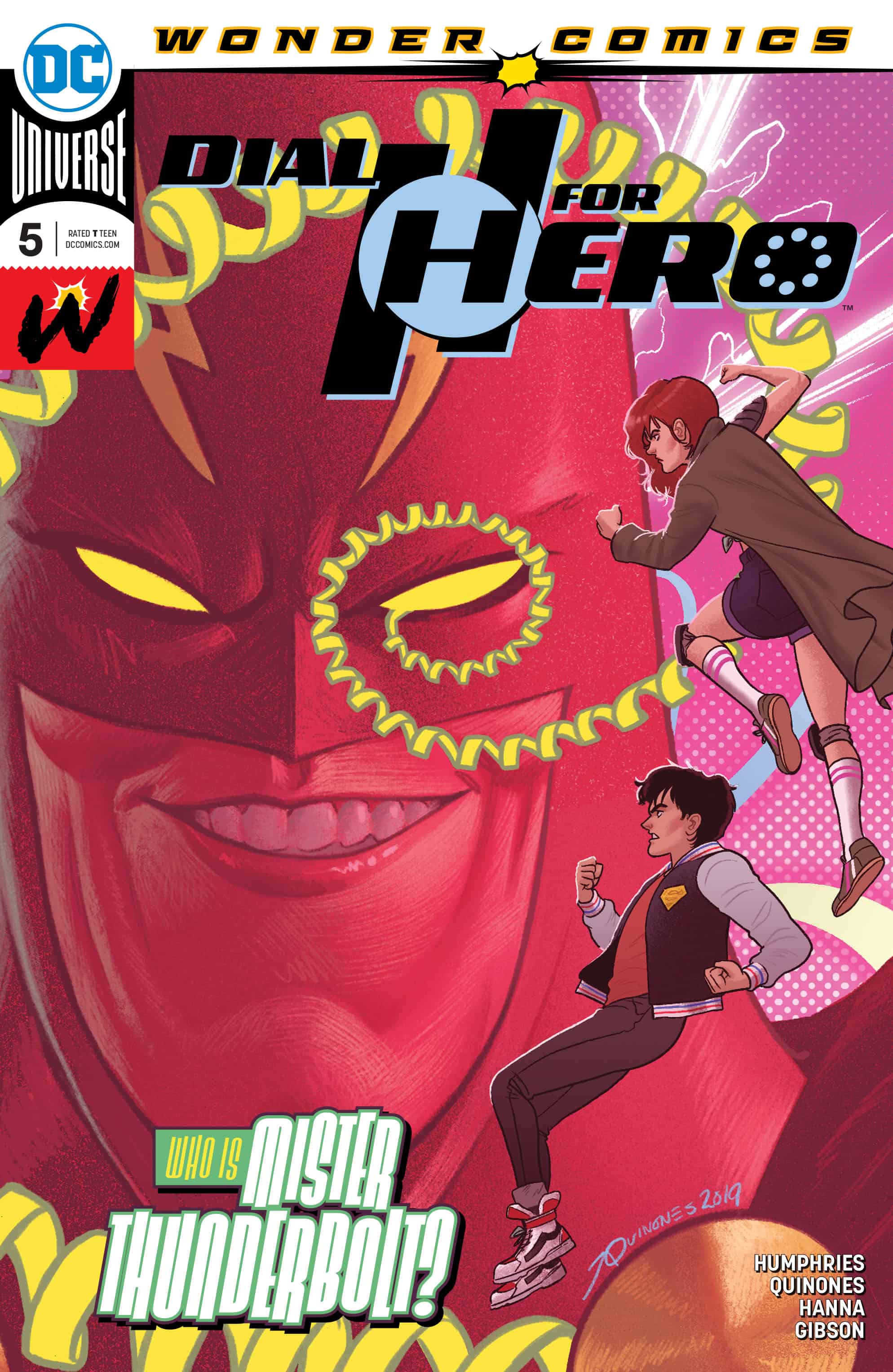 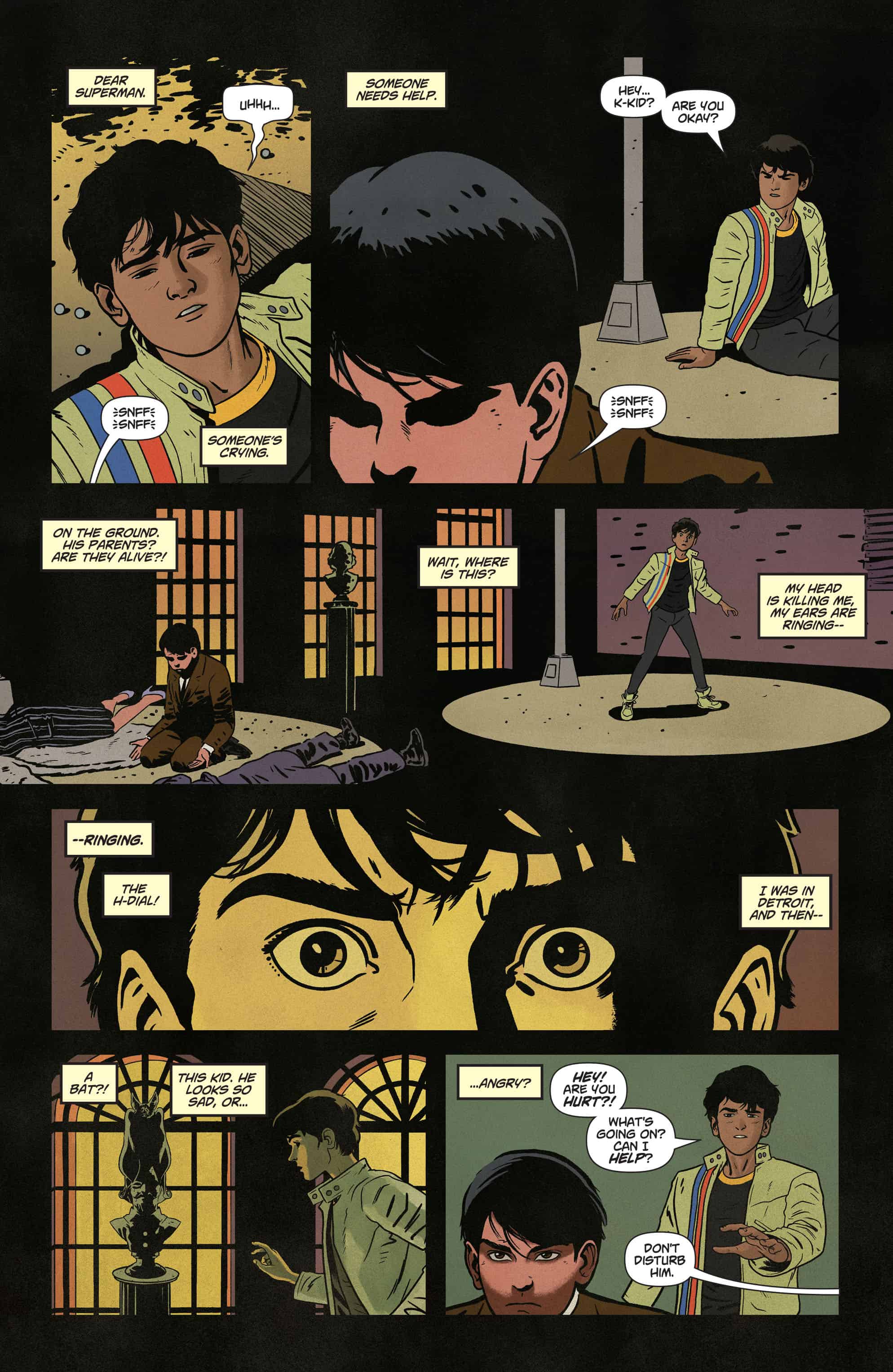 Miguel’s journey into the Heroverse, a fundamental force of power within the multiverse, finally sparks this story from being a vehicle to show off Quinnos’ unbelievable abilities as an artistic chameleon into something with real depth and purpose behind it. Reunited with his body finally, Mister Thunderbolt (a variation on Robby Reed, the first comics H-Dial user and current Operator) sets his plan into motion to give everybody access to the H-Dial. 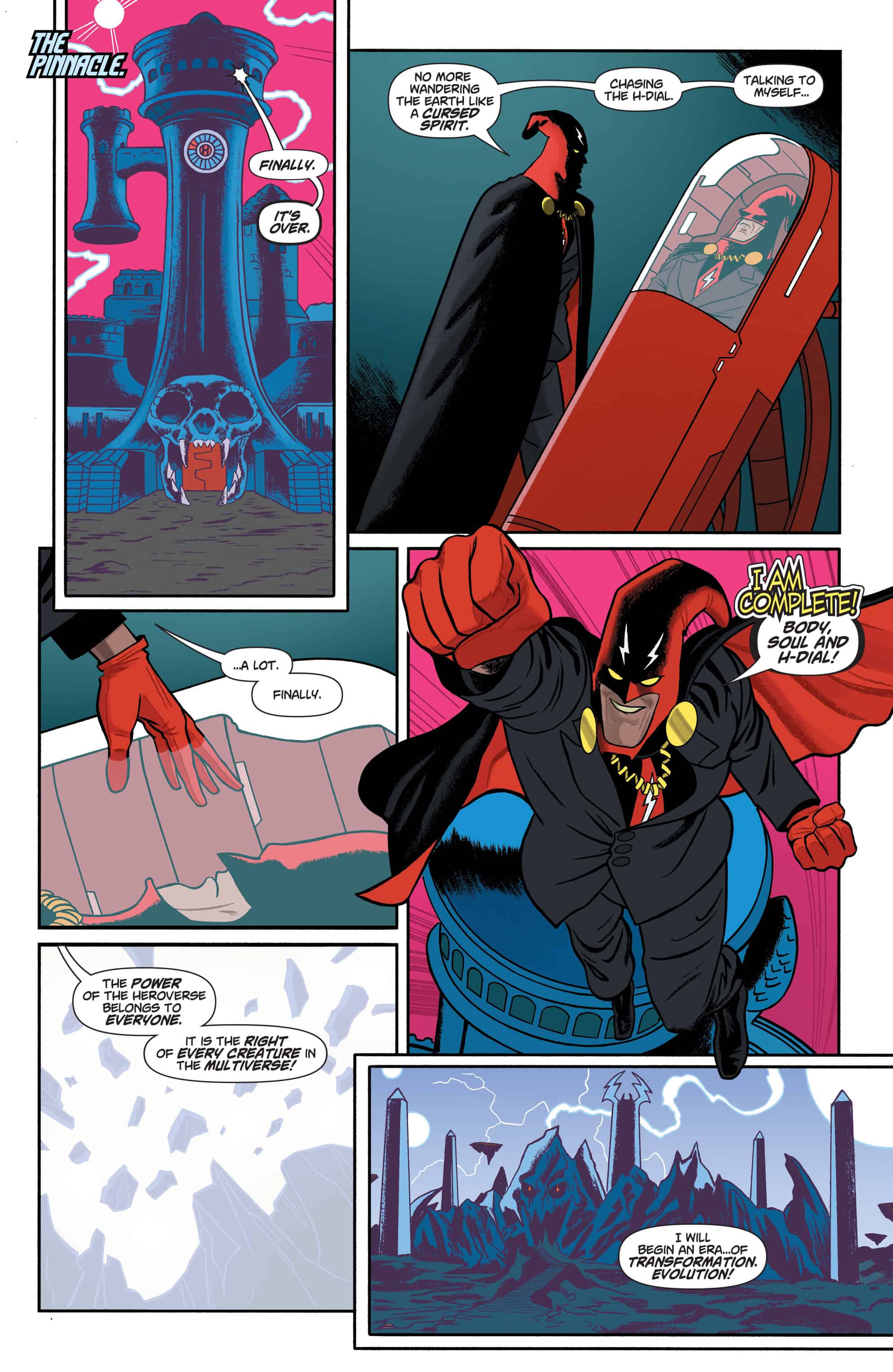 In many ways, this story could be read as an analogy to the recent past and the “Comics Are For Everyone” counter-movement. Access to the Heroverse, here, is being controlled by a singular gatekeeping force, preventing readers access to the unlimited power provided by the mythos of the comics superhero. Instead, Mister Thunderbolt takes up the cause using the powers of the digital era to turn all of the cell phones in Metropolis into H-Dials. But with great power comes great responsibility, as we learn about the villainous reflections within the Heroverse. 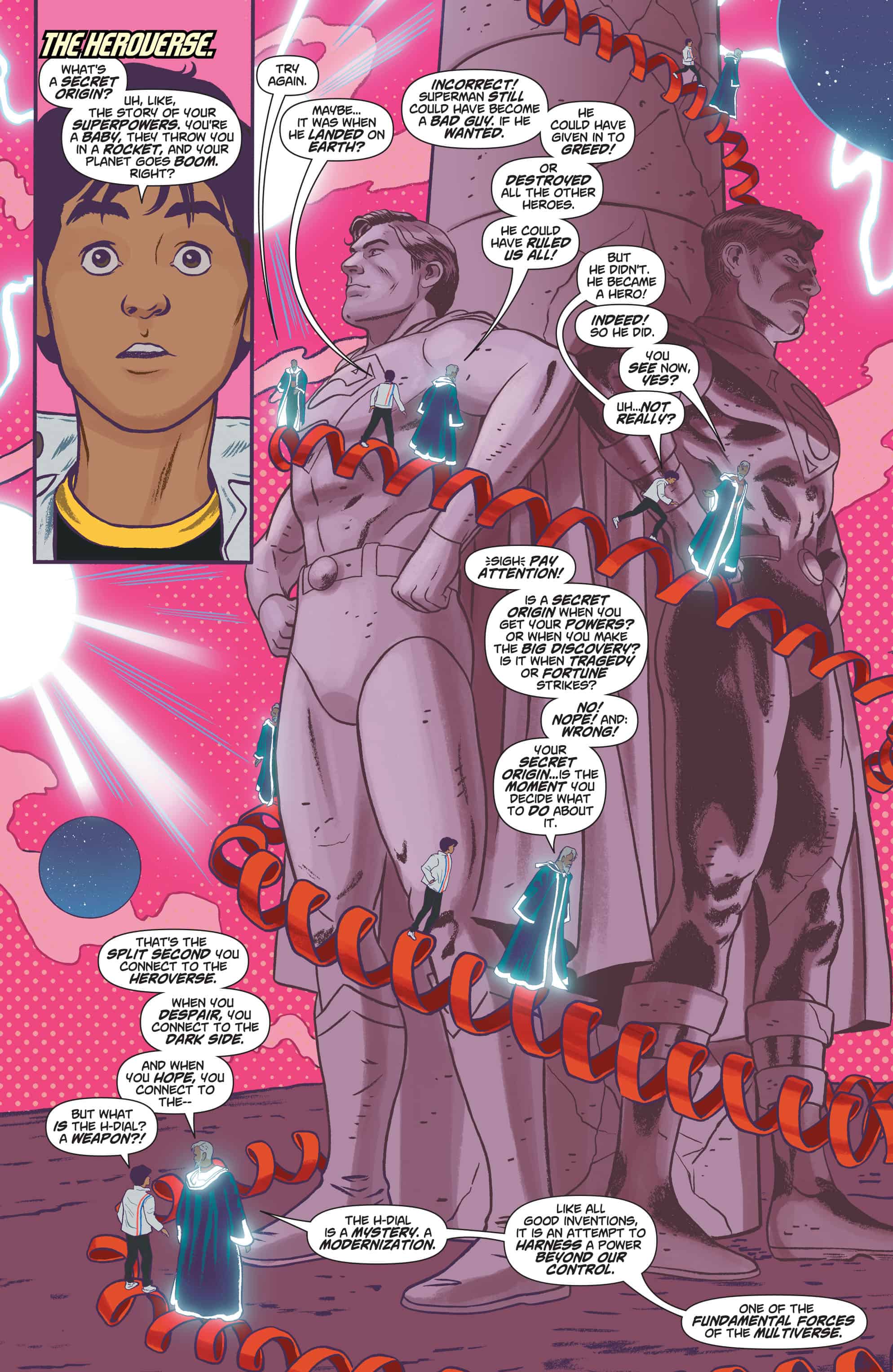 In his description of the Heroverse and “Secret Origins”, the Operator seems to be tolling the bell of ultimate possibility– a Schrodinger’s Cat of heroes and villains– in which all beings have the potential to be heroes or villains at all times as they wait for their particular moment to access the Heroverse. This potential speaks to a higher sense of being, a notion of choice of what to do with power once it has been discovered. The Dial is merely a tool of access. The same can be noted in the comics industry. Comics are for everyone but what we do with that access is up to us. Will we choose to be inspired or will we retreat into fantasy? Will we use our shared passions to come together or will we use that passion to push others out?

Dial H for Hero #5 (Humphries, Quinnones) kicks the story into high gear as the nature of the Heroverse and Mister Thunderbolt's plans are finally revealed.

Dial H for Hero #5: Mysteries of the Heroverse Revealed