Dial H for Hero #6: Legacy is Like a Phone Line 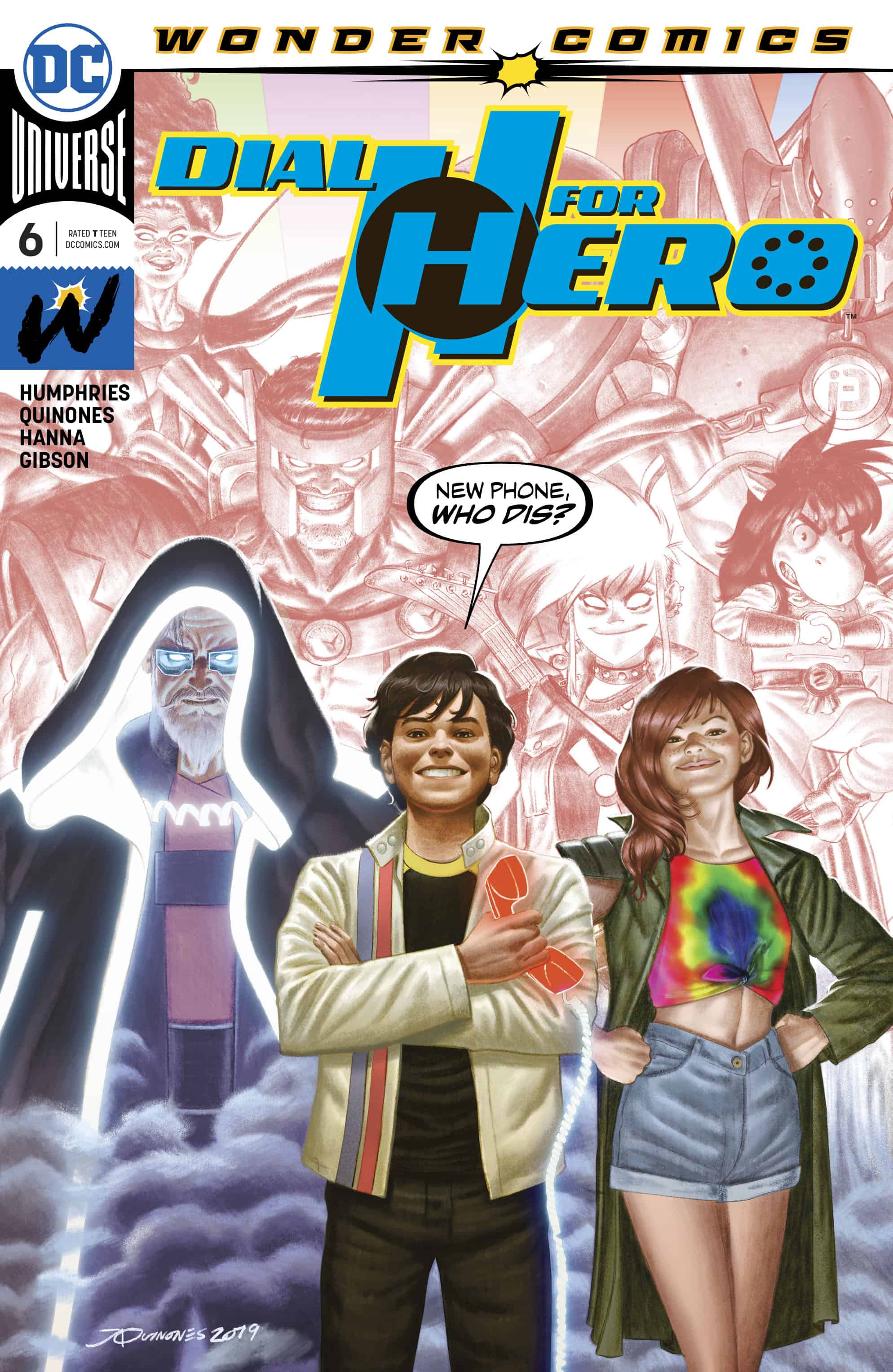 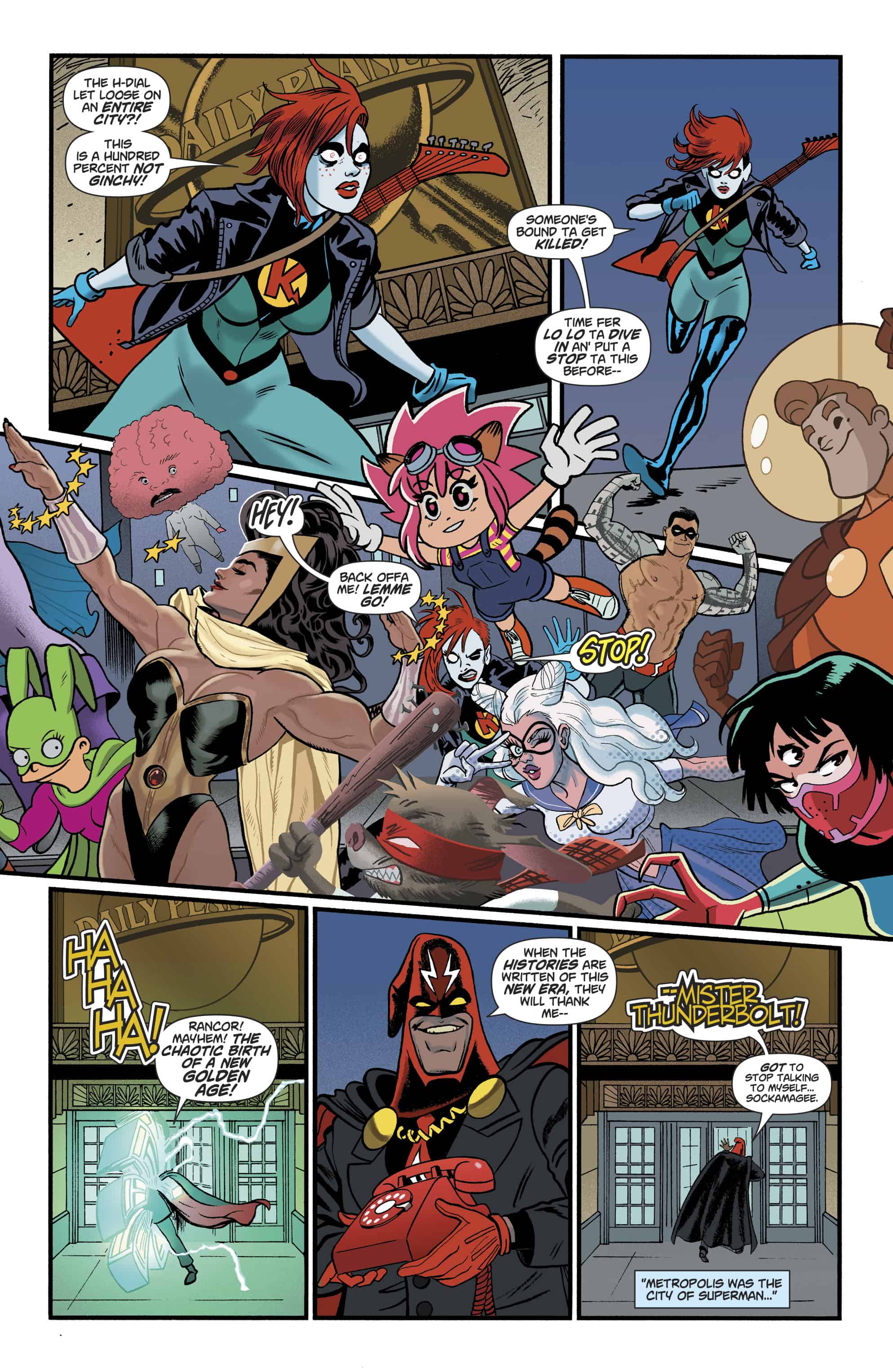 This series has quietly been building to this moment since issue #1. Each time the Dial is dialed, a new hero arrives with a new ‘secret origin’. As was revealed by Robby Reed, The Operator, in the last issue, Humphries’ take on secret origins is not about where the powers came from but the moment the hero decided what to do with those powers.

With Metropolis overrun by Dial heroes without secret origins, Miguel finds himself at a crossroads– does he have what it takes to be a superhero? Here, we enter the secret origin of Miguel. 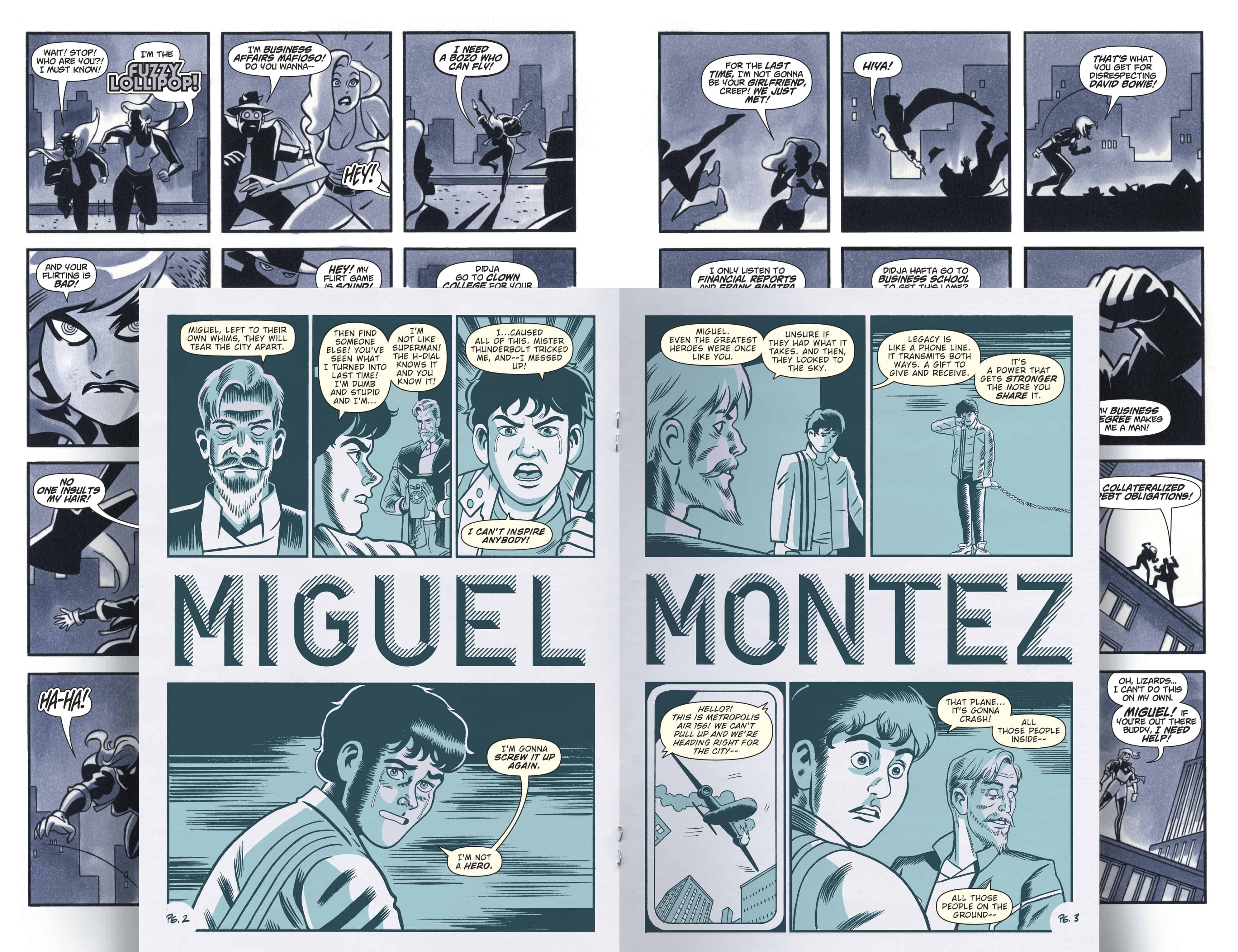 “Legacy is like a phone line. It transmits both ways. A gift to give and receive. It’s a power that gets stronger the more you share it.”

Take a moment to process that line and you can see how a dominantly irreverent series just leaped light-years ahead and became a powerful and emotional book on the very foundations of being a superhero. Miguel dials and becomes SuperMiguel. He leaps into action to save a crashing plane and in doing so, enacts the very thing that has inspired heroes for generations. Superman’s legacy is not in the lives he saved; Superman’s legacy is in the lives he inspired. When what you choose to do with your power is inspire, you can rarely go wrong. 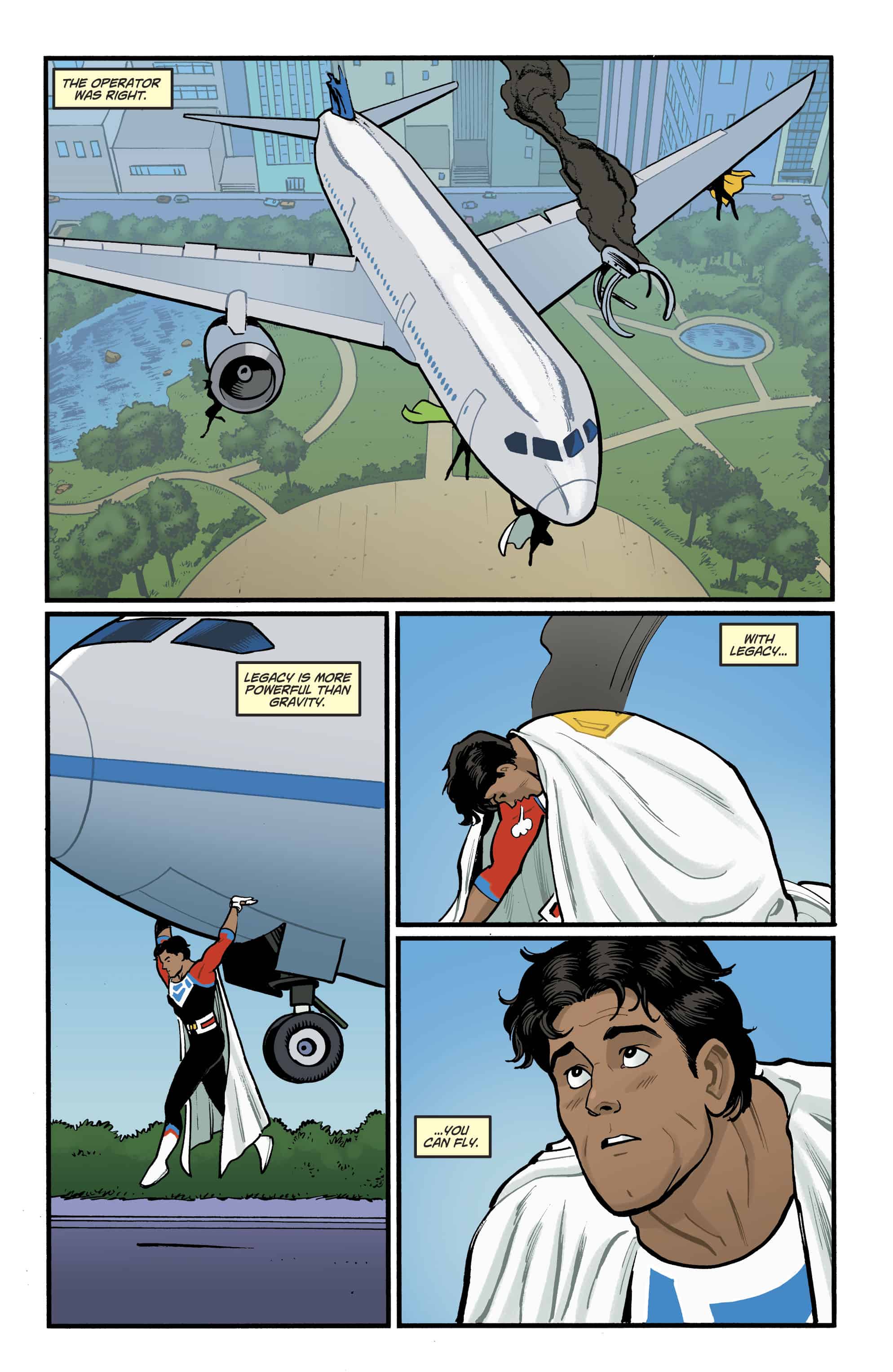 Giving and receiving plays a crucial role in this narrative as well. Miguel doesn’t find the strength to inspire inside of him independently. He takes from the legacy of Superman and feeds into that legacy simultaneously, just as Clark did from Ma and Pa Kent before him. As the other heroes rise up to help SuperMiguel land the plane, there is a moment of clear focus here. Wonder Comics, the Bendis-curated younger readers line of books isn’t a series of silly books targeting children. Wonder Comics is an inspiration for a future generation of heroes.

Learn what it takes to be a hero in the extremely thoughtful and emotional Dial H For Hero #6 (Humphries, Quinnoes).

Dial H for Hero #6: Legacy is Like a Phone Line