Doctor Aphra #20: You Call This Archaeology? 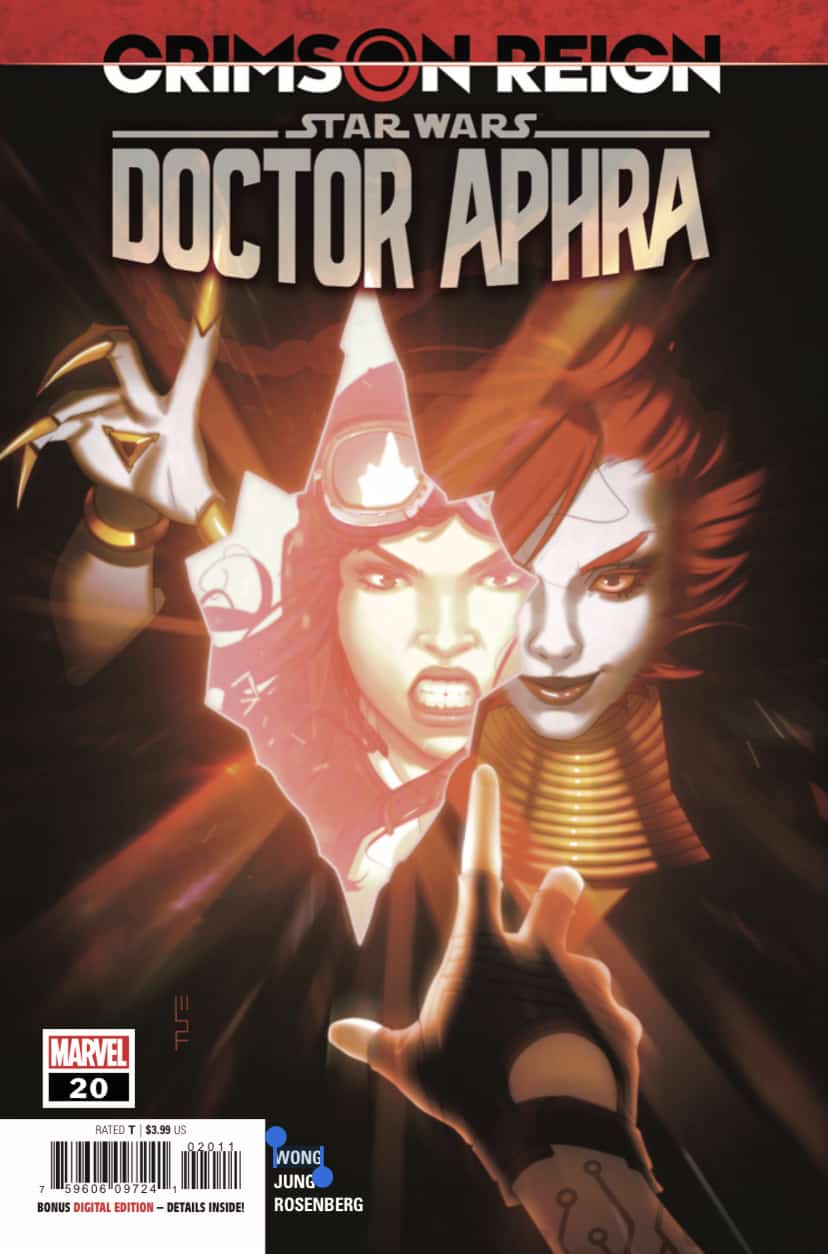 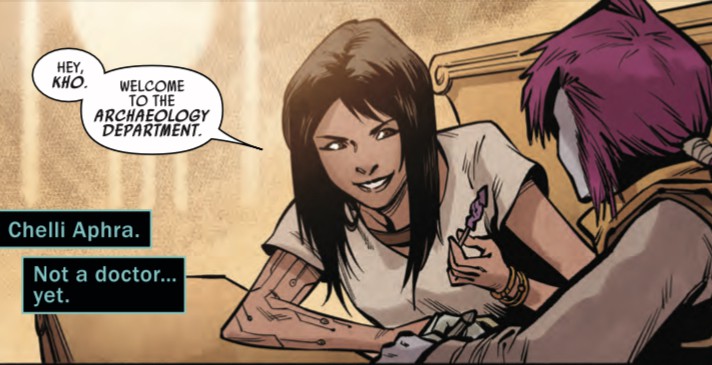 After discovering her ex-friend and current rival Kho Phon Farrus has been out collecting Ascendant tech as well, Aphra and Sana race to Bar'leth University where their story all began to get the Spark Eternal. Unbeknownst to them their old professor is there already helping Farrus, or is it the other way around?

This particular series for Aphra has not been as wacky or off the wall as was her previous series or her first appearances in the original “Darth Vader” series. What is does have is archeology, which is important to her character, but often overshadowed by adventure. For Aphra’s first few tales, she was merely try to not be killed by Vader. In her first series she was basically trying not to be killed by everyone, breaking a few hearts along the way and making new enemies. This series focuses on Doctor Aphra, tomb robber as is her actual profession. She has made less enemies in this series and actually gained a few allies, including her ex-girlfriend who actively wanted her dead for a long time. All that is quite the departure from this series’ predecessors. To keep things lively, Kho Phon Farrus was added as a figure from Aphra’s past who already desperately hates Aphra. This particular issue has a little bit of that old classic flavor, with Aphra once again battling someone she betrayed who was once close to her. Aphra even freely admits that just seems to be what she does, which is historically true. However, Sana and Aphra against Farrus isn’t exactly a fair fight. To balance things out Sava Iglan’tine Nos is thrown in against Sana and Aphra. As Aphra and Sana were once her students who caused her all kinds of trouble, the resentment Nos hold for Aphra is significant. What this ends up creating is and issue that holds true to this series spirit of actually having Aphra seek out artifacts, but also taps into classic Aphra by pitting her against enemies she helped create. 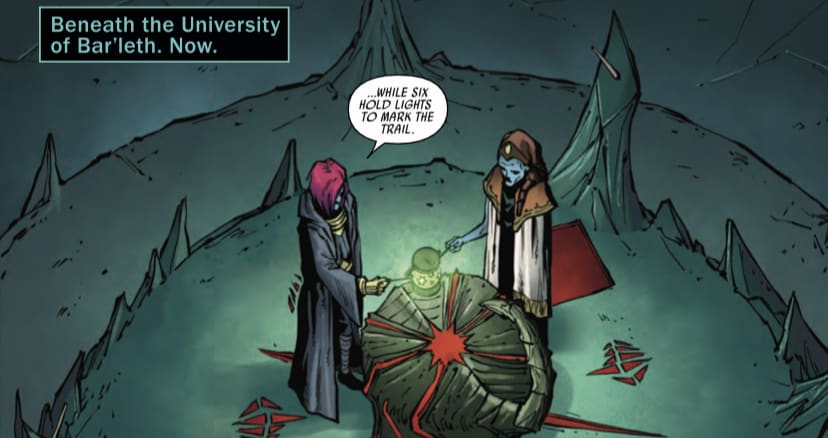 Despite the nice blend of classic and new Aphra, this particular story arc has been off the rails for a while. The major plot of the series as a whole has been that the Tagge family has been blackmailing Aphra into finding artifacts for them. Things went that way for a while, but was left behind to be part of the larger multi-series event, “Wars of the Bounty Hunters.” After Doctor Aphra’s part in that event, it never really got back to the heart of the series for better or worse. This issue doesn’t even have Domina Tagge in it at all. Aphra is looking for Ascension artifacts for her, but it seems like Aphra is really just doing it for herself. To make this arc even more strange and disconnected, it is a part of the smaller “Crimson Reign” multi-series event but doesn’t reference or mention Crimson Dawn or Qi-ra even once. Its also not connected to the events of any other series like “Star Wars” or “Darth Vader,” which isn’t exactly new for this series, but it sticks out much more in this issue. This arc is clearly telling it’s own tale. 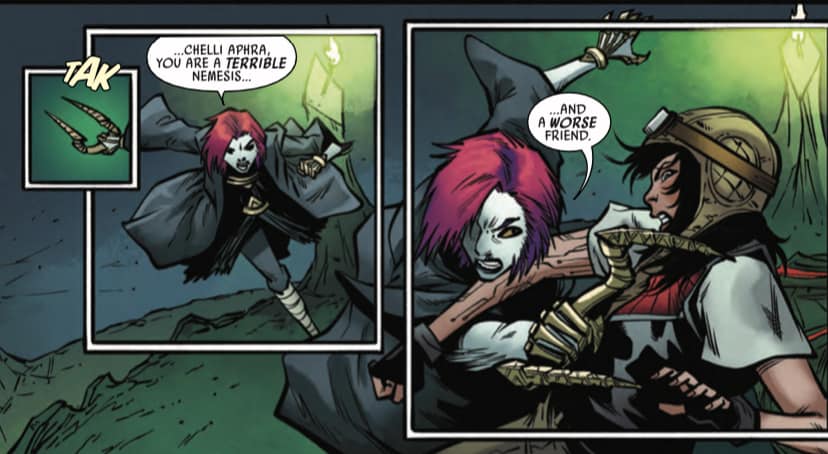 This issue hold with the same art and coloring of the past few issues. Lots of blues and green, offset by the brightly colored characters. Effective, but not all that new. What is new in an increase in action, which is pulled off very well. Hand to hand scuffles, fire fights, and even mystical powers al break out as the two teams of two fight over the Spark Eternal. The art cleverly frames action in a way that guides the reader through it as opposed to just depicting it move by move. There is a flow to the action that makes it seem almost animated. Without revealing too much, the ending is a bit of an unexpected turn. At that point the color scheme shifts and a lot of red gets thrown around. This is oddly fitting to match the turn of events. It seems clear that it is an indication of the series is ready to untimely take a dramatic turn in the upcoming issues.

Doctor Aphra is currently not feeling herself. Sana and Farrus are left unprepared for the events that have just transpired, while Sava Nos seems almost entertained. What kinds of mischief will these events ultimately lead?

Doctor Aphra #20: You Call This Archaeology?