Doctor Aphra #26: Strike at the Spark 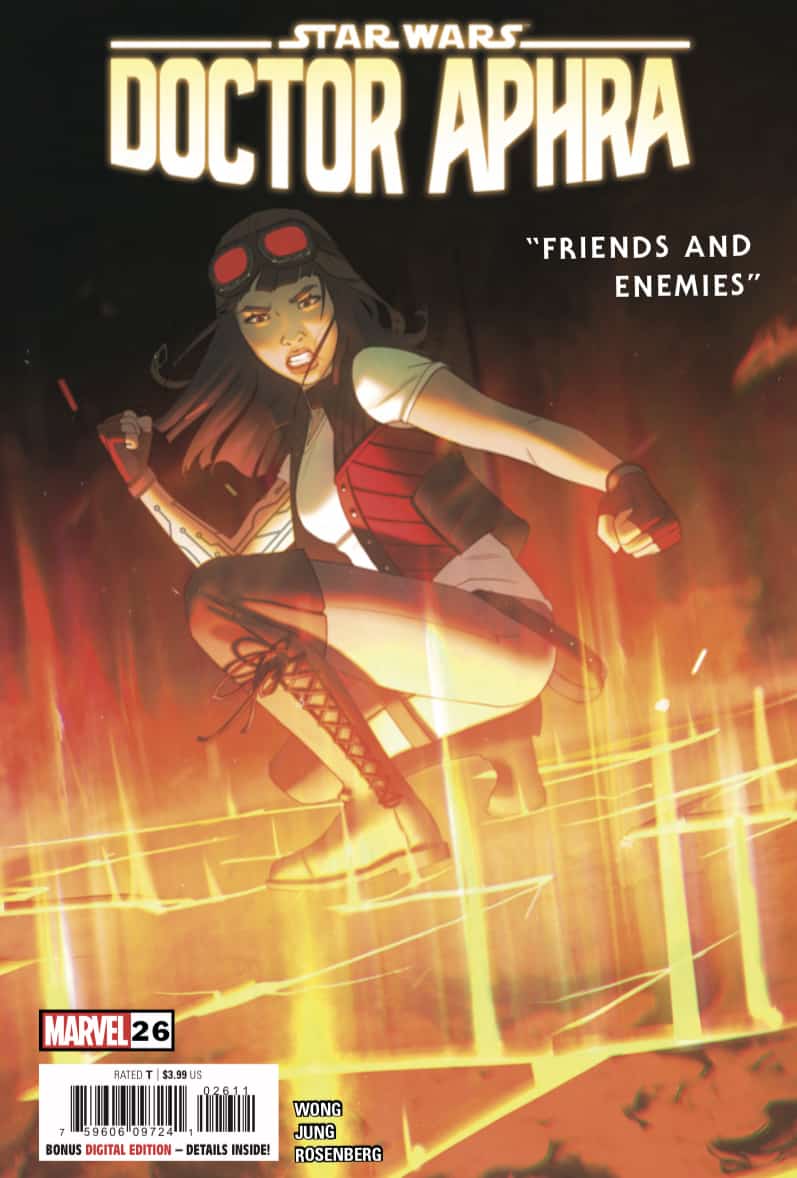 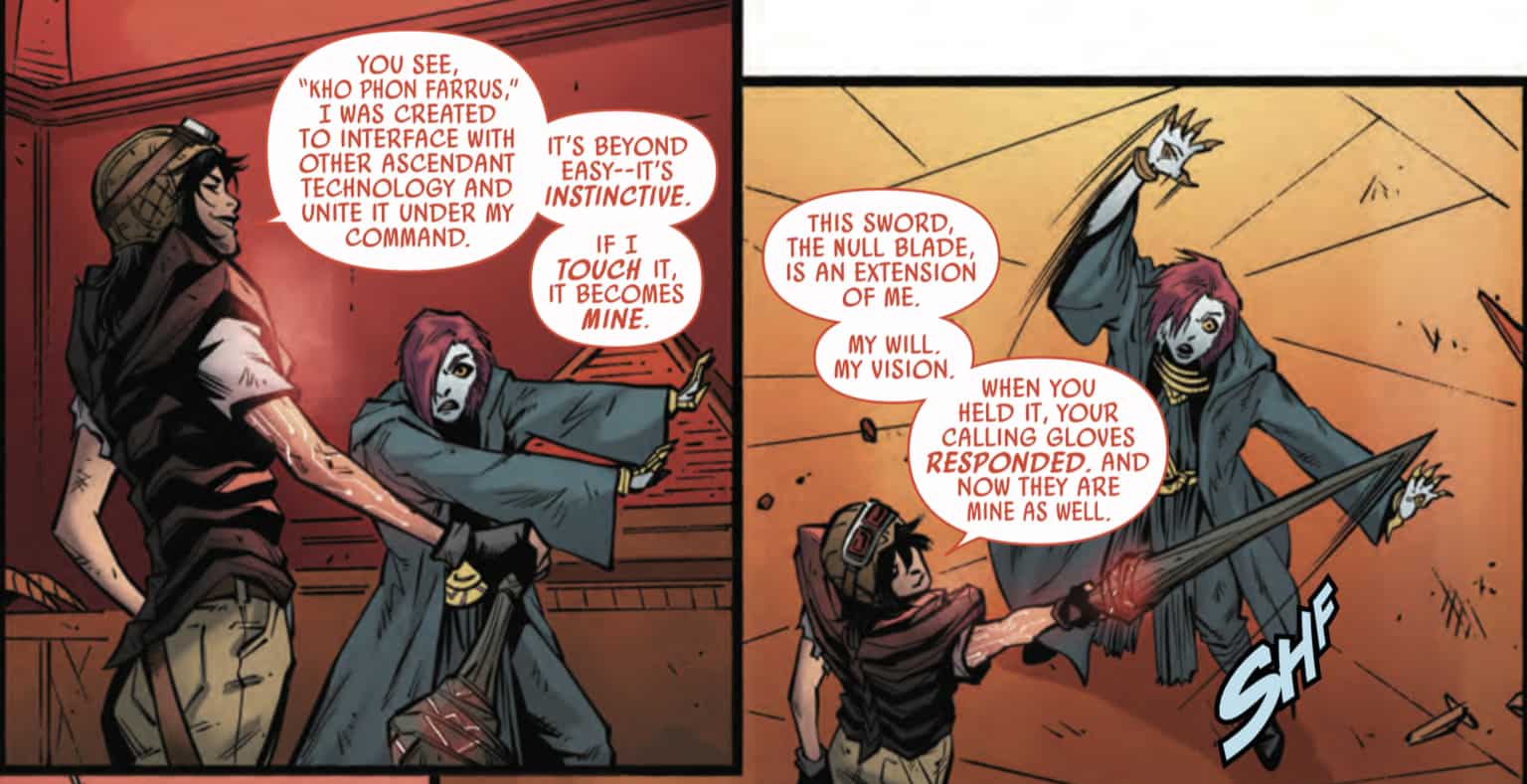 Aphra is trapped in not only her memories but that of an ancient ascendant leader. Meanwhile Sana leads an attack against the Spark by attacking it directly, even though it still inhabits the body of their friend. As they try to beat their way in, Aphra tries so find her way out.

This adventure has dragged on a bit. It has painted Aphra into an impossible corner and it has left everyone involved getting desperate to save her. The Spark has dominated Aphra issue after issue with no end in sight. That does not mean that Aphra’s allies are done fighting. In many ways this issue plays out like a Dragon Ball Z episode. The team goes one after another in individual attempts to best the evil artifact. Each one is met with no progress. Killer droids, Force imitating tech, and even blunt attacks seem useless against the foe. Inside Aphra’s mind, the memory of Ascendant leader Miril, creator of the Spark Eternal, tells her there is no escape. Aphra simply will not accept that. The issue takes a sudden turn and things go from bad to worse for Sana’s squad when they are betrayed from within. Things then go from worse to catastrophic very fast after that. 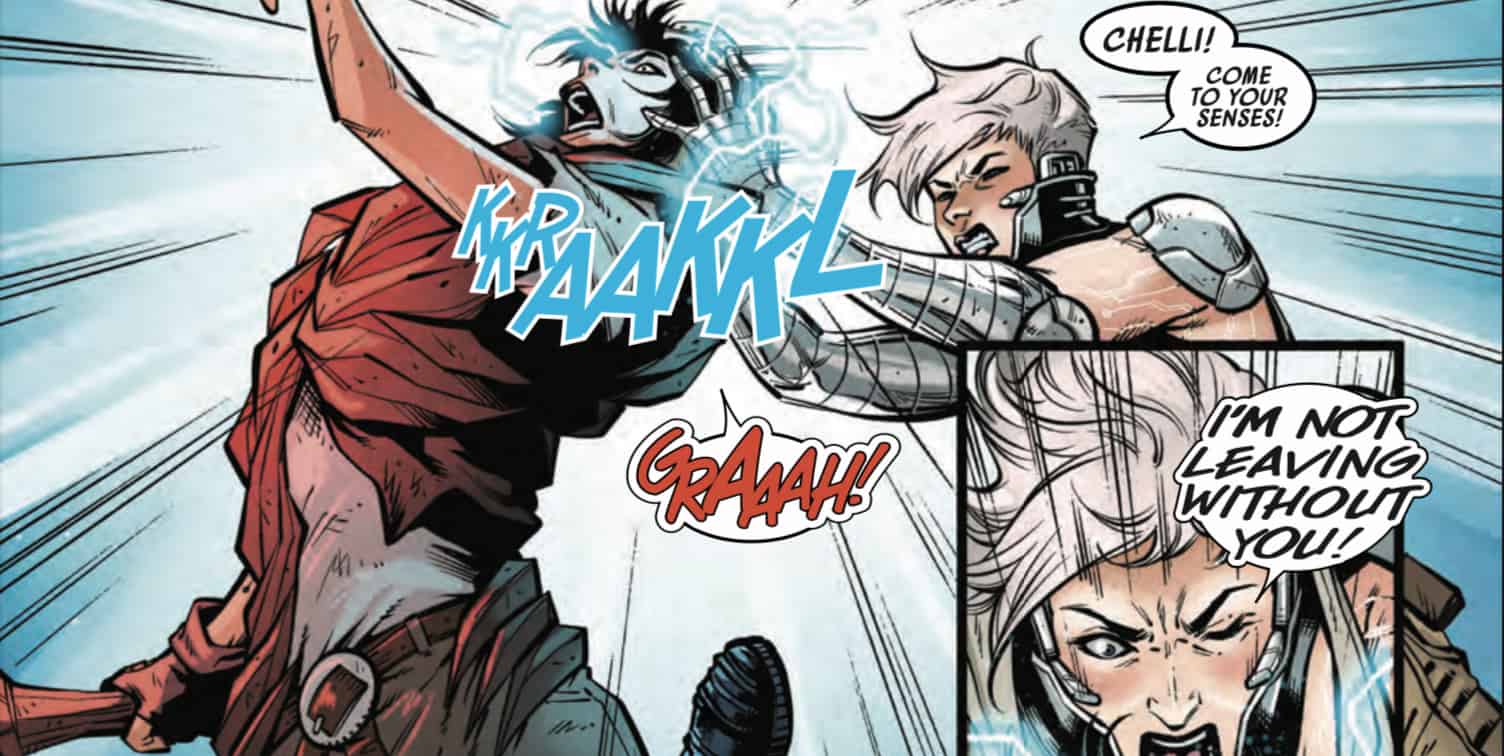 One of the interesting points in this issue is that every single member of Sana’s crew, including herself, has been terribly betrayed by Aphra at one point of another. It is sweet that these people she has made enemies of are actually still her closest friends and that they are trying so hard. To someone reading that does not know the backstories, that’s exactly how it would seem on the surface. However there is a dark side to that flipped coin. They all still hold individual grudges against her. They are fighting the Spark, but as it inhabits Aphra’s body. The team is more than prepared to brutalize the doctor’s body to save her. Never is it stated and there are no direct clues to tell if it was intended as such, but readers who have long followed this series must think it has to be cathartic for them to take out all their aggression they collectively have against Aphra directly. It must bring them some sort of closure to beat up their shared betrayer. Still, they absolutely intend to save her. At one point, one of the crew with more than simple complicated feeling for Aphra makes contact with her. What plays out is a bit of well needed sweetness in such a bitter fight. It is safe to say that once this whole ordeal is over, there will be forgiveness all around between Aphra and her frenemies if they survive. 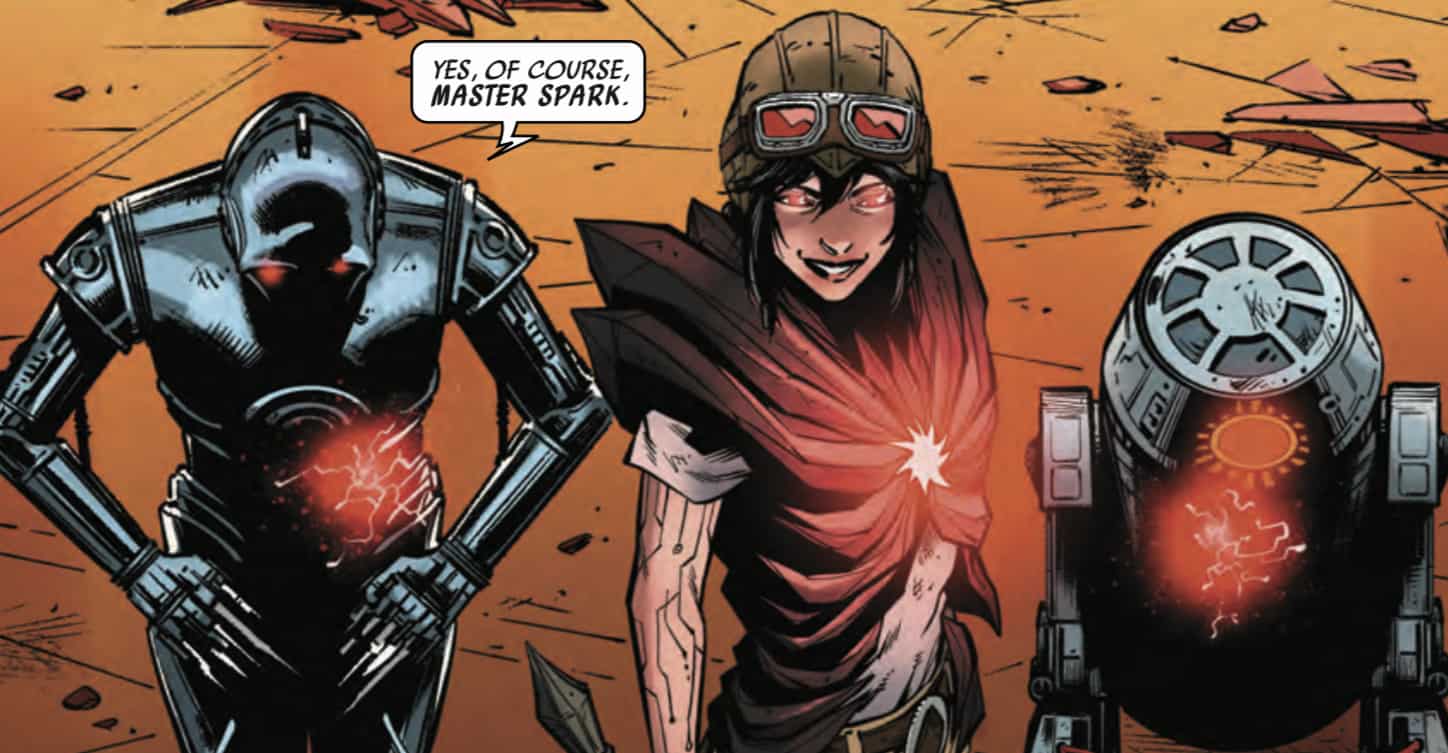 The story for this particular chapter had some cracks in the tough battle to allow some light to shine in. The issue does not resolve the story arc at all, in fact it leaves the audience with a very bleak ending in which it is impossible to know what happens next. However, it gives little hints here and there to show that everything might be okay in the future. It certainly gives readers a reason to pick up the next issue. The art is just as good as it has been in this series, but this issue in particular has some well illustrated action that flows with visual fluidly on the page. The color scheme does not deviate from the previous pattern of having the Spark’s outside world tinted red, and Aphra’s inner mind colored green. Each character gets to have brief moments as well, making this a very well rounded issue. 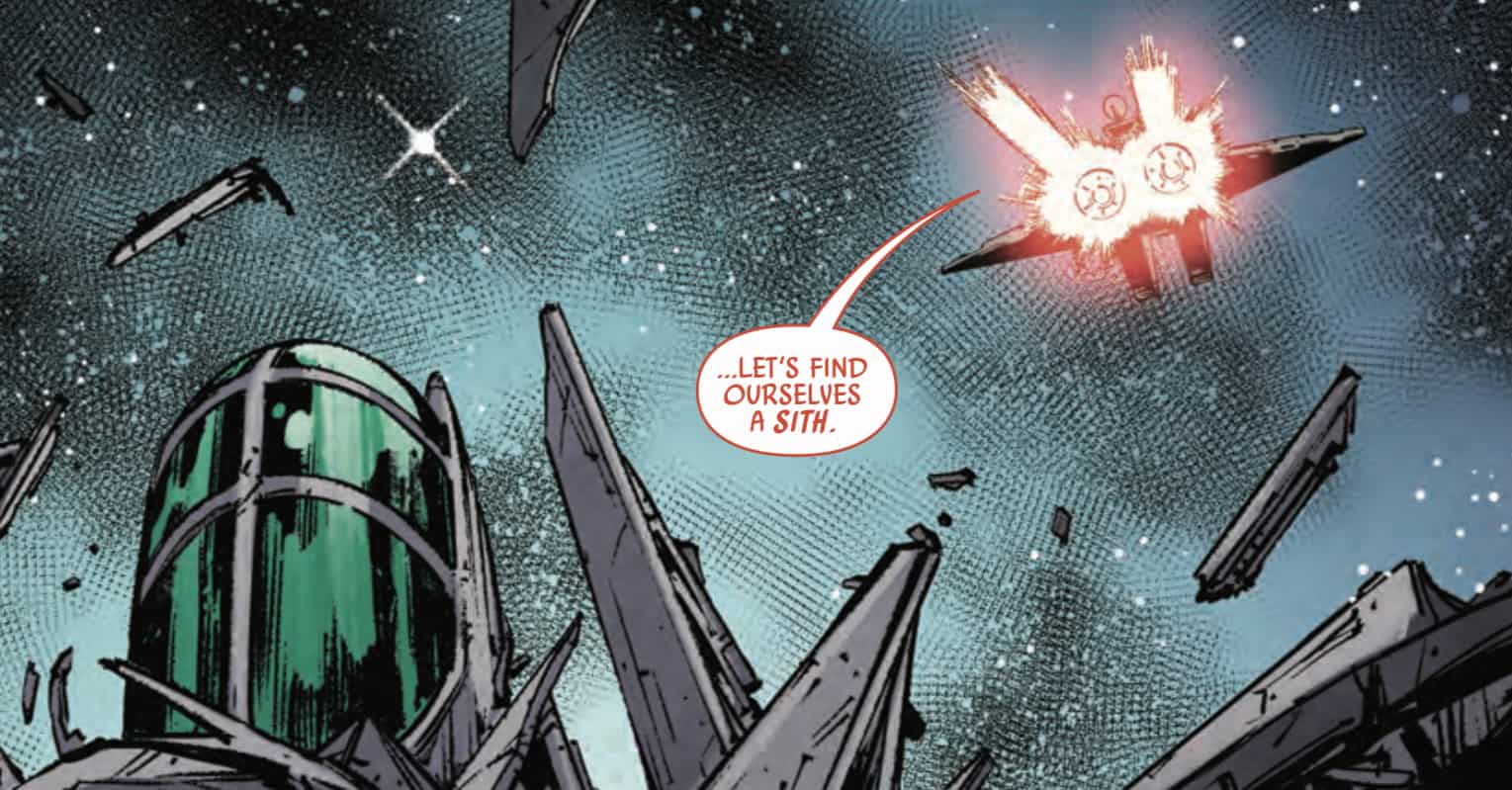 It is tough to say where the next issue leaves the trapped Aphra and her friends who fought so bravely to save her. One thing is certain. The Spark Eternal still survives, with Aphra still trapped in her own mind.

Doctor Aphra #26: Strike at the Spark