Doctor Aphra #36: Aphra All This Time 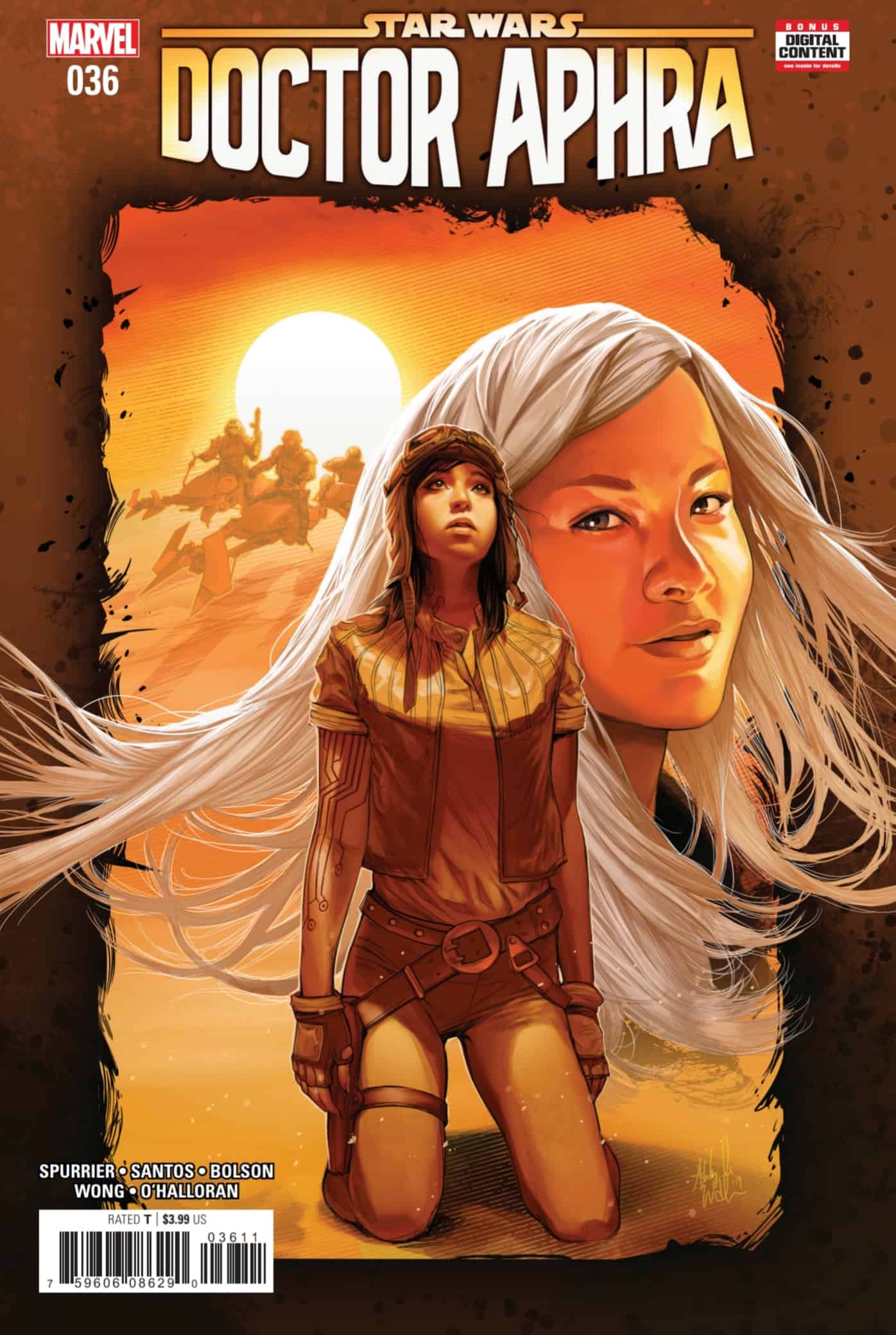 Bouncing back and forth between Empire and Rebellion, Doctor Aphra tries to clear her name with the Empire by providing them with the key to a secret Rebel superweapon. She finds herself in the home of Imperial Minister Pitina Voor, mistress of Imperial Propaganda, who has just informed Aphra of her plans to assassinate her Emperor.

This issue is almost entirely Voor’s backstory. The character originally showed up out of nowhere in the last story arc. Up to this point, she existed as a shadowy puppet master, ranked high among The Empire. Her job is to control propaganda to allow Imperial occupation of planets to run smoothly. She is a believer in the Empire, but not in the Emperor himself. Her backstory plays out about how she got into power and all the nasty ways she manipulated events and circumstances to her advantage. This was only the tip of the carbonburg as far as revelations go. Aphra and Vulaada patiently listen to Voor’s tale. Voor admits to using Aphra and the Rebellion as a pawn in her machinations, predicting every move they would make, including Aphra surrendering the Farkiller weapon to the Empire in hopes to clear her name as well as predicting exactly how the Rebellion would in turn use her in their own plot. Aphra plays it cool until she, like so many times before, explains that she only acted innocent. She is not the used, but the user and knows much more than she let on. She turns the tables on Voor as Vader shows up to come for them both. Upon the ruining Voor’s plans Aphra finds herself summoned by the Emperor himself. It seems Aphra’s infamy has reached the highest level. 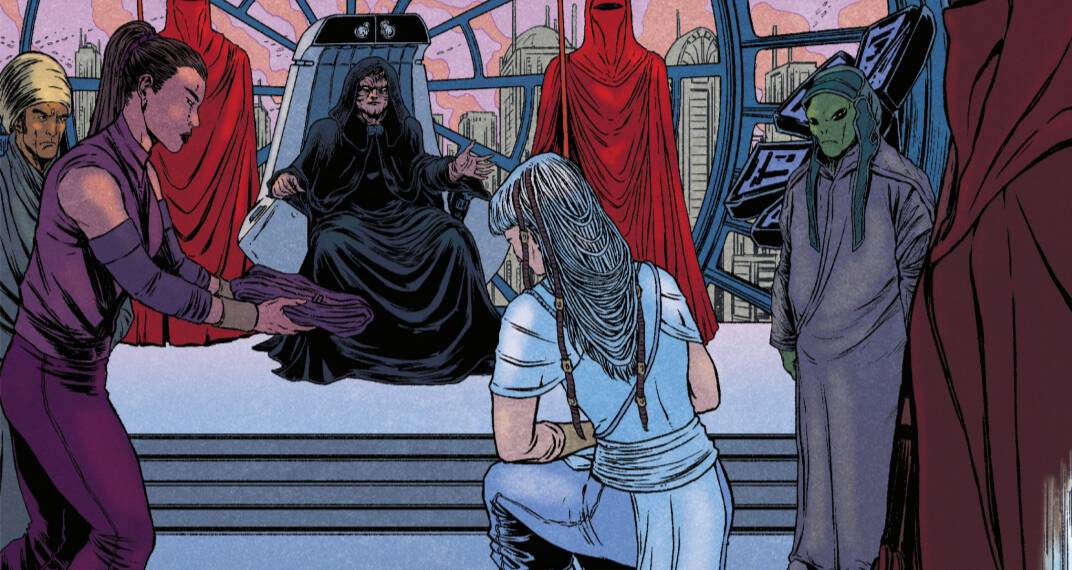 It’s hard to talk about this issue without talking about the art, both within and on the cover. The cover is one of the very best from the whole series artistically. It depicts a shocked Aphra with the ghosts of her past behind her. This arc frequently involved flashbacks to her life with her mother. Beautiful as the cover is, it seems like a wasted opportunity to capture more of what is actually in the issue. There really isn’ti too much of the flashbacks in it, but there is a lot of unique Imperial imagery that could have served to make a cover more fitting to the story inside. It is important to note that this issue features an all new art team. The best part of this new team is that the art is almost reminiscent of the Dark Horse Star Wars comics. There is a lot of focus on colors and visual representation of the characters. Aphra, for instance, wears a very different costume in this issue, so it is nice to see her in a recognizable way without relying on her typical costume. 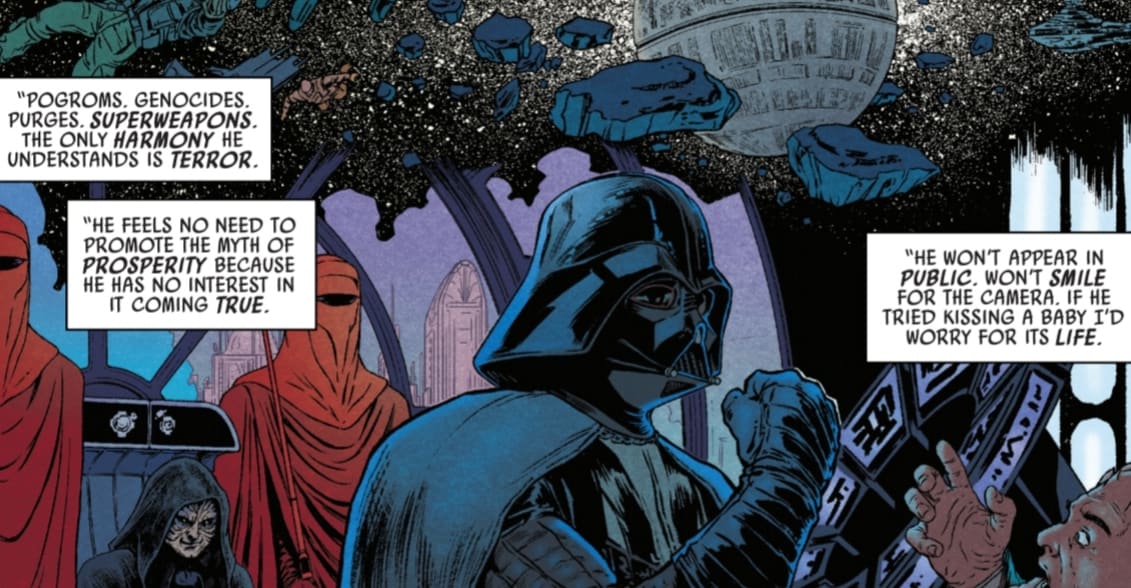 There is a lot of references to Emperor Palpatine in this issue, who has been mostly absent for the entire run of Aphra comics. As the series has gone on, there isn’t a lot of focus on chatacters that know the real him, except Vader who spends way less time talking about the Emperor, as he did plotting against him in secret. Voor expresses just how well she understand the Sith Lord. As she tell her plans, Aphra points out that Voor should expect Palpatine to already know of her plot. Voor explains that she pretty much expects the same, but knows the Emperor is too arrogant to consider any plot against him a threat. It is refreshing to see a character who truly does understand Palpatine for what he truly is, a liar and trickster, even when the rest of the Empire raises him up as a hero. 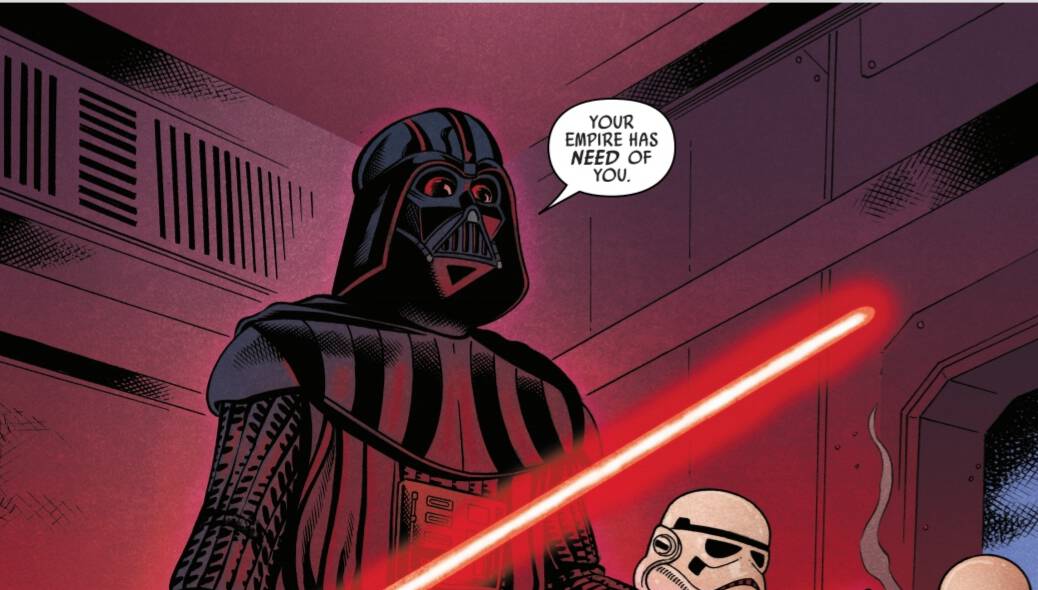 As this arc winds towards close, Aphra and crew have pretty much been everywhere and seen it all. However, the plot is taking an unexpected turm as she is summoned by Emperor Palpatine himself. Will he be able to see through whatever her ultimate plan is? Only time will tell.

Doctor Aphra #36: Aphra All This Time