Doctor Mirage #1: The Veil Between Life and Death 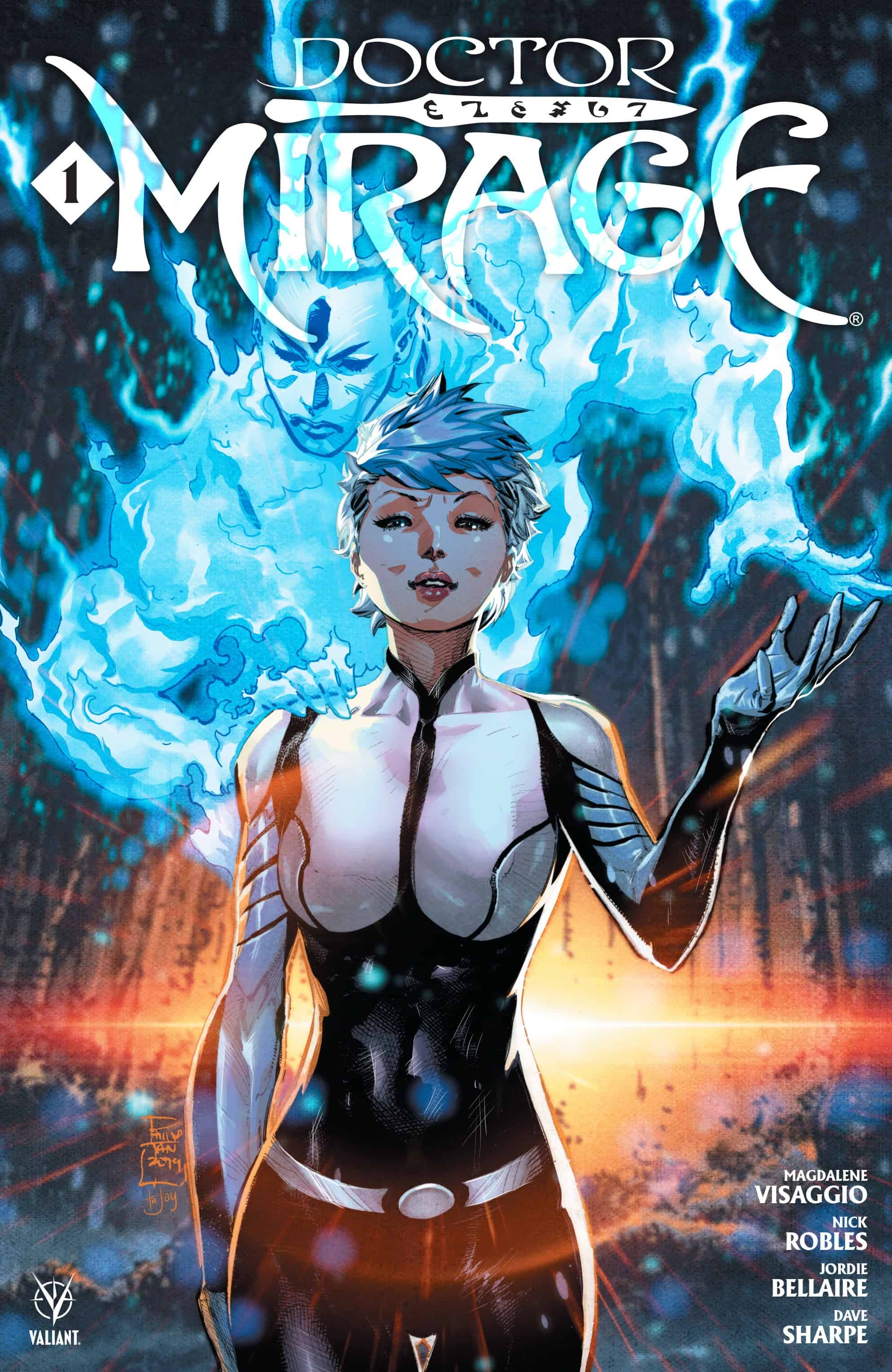 Paranormal expert Doctor Shan Fong Mirage was born with the ability to see and speak to the dead—an ability that has mysteriously stopped working. Have her powers failed or is something far more sinister at work? Will she figure out her fate and the fate of the one she loves the most? Valiant’s gripping supernatural mystery starts here!

From an incredibly talented team including Magdalene Visaggio and Nick Robles comes what could be the standout hit of 2019, Doctor Mirage #1. It defies the hype and shatters expectations with a story that tugs at your heart and toys with your imagination. 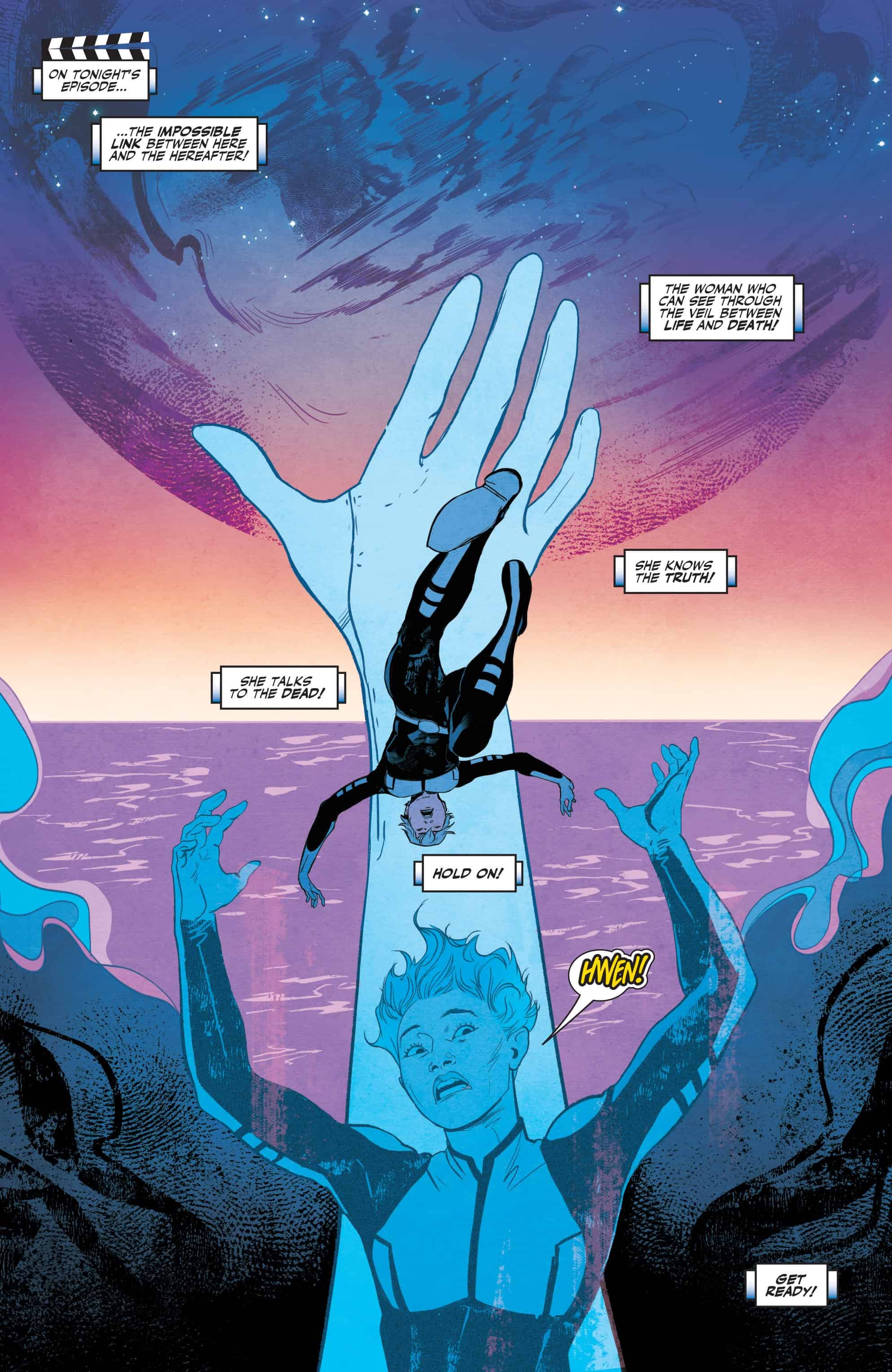 It doesn’t take long to realize that this series will be taking Shan Fong to some new and incredibly dark places both psychologically and in reality. The delicate balance this character walks between life and death feels thrown into the fray, resulting in an eerily solemn tone that is both introspective and somewhat shocking for a Doctor Mirage comic. The visuals are vivid and intense thanks to both Nick Robles and Jordie Bellaire (on colors), which helps to bring familiarity to the book for readers while also introducing new and interesting aspects.

In all honesty, that is truly where this issue succeeds most. It takes the critical elements of Doctor Mirage’s character and the tragedies/heroics of her past, then builds on it with a shocking new revelation. She can no longer see the dead because she has joined them. Sure, de-powering a hero has certainly been explored in comics before, but this creative team absolutely delivers something readers have never seen before in Doctor Mirage #1. The twists and turns packed with wildly gorgeous artwork will keep you hooked until the last few haunting lines of dialogue, but the palpable emotional connection between Shan Fong and Hwen will leave you desperate for more… 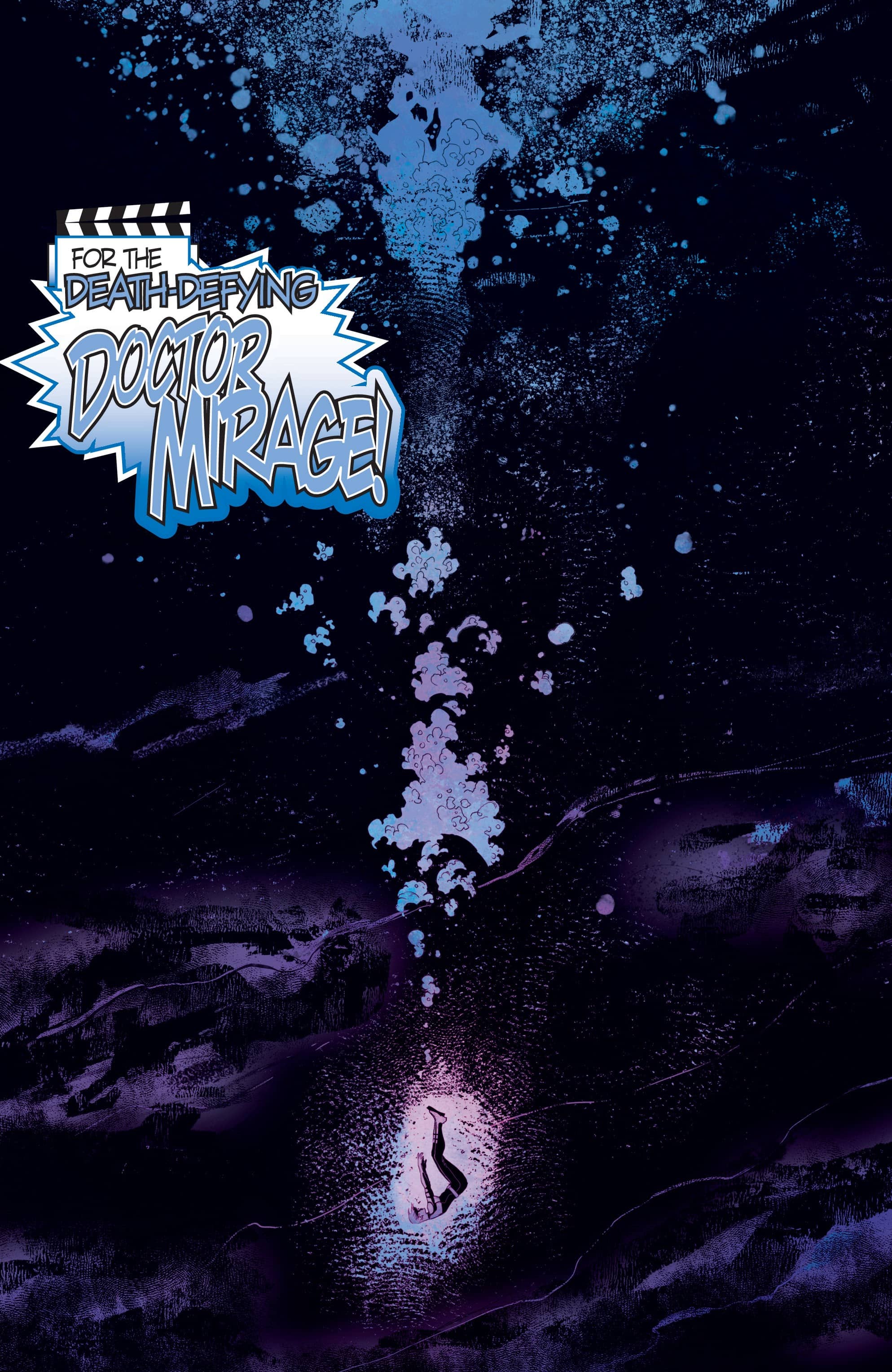 The Death Defying Doctor Mirage series from 2014 by Jen Van Meter and Roberto De La Torre was an incredible run that held a unique dark romance aesthetic as we explored the Deadside. This new series captures those moods, but introduces a psychedelic component that harmonizes remarkably well with the character and direction of the story. It feels like a genuine progression for Shan Fong who has lost all contact with not just her husband Hwen, but all of the dead. She’s always been someone who has been willing to go to places where no one else dared to go, but it seems this creative team is hellbent on pushing her to the limits and that makes for a thrilling book.

This issue delivers nearly everything you could want from powerful character developments to spectacular visuals, all with the promise of so much more to come. What could be more exciting than that? Doctor Mirage isn’t about to succumb to this strange new environment even if she truly is being confronted with her own death.

I can’t wait to see where this journey will take her!

Doctor Mirage #1 shatters expectations with a story that tugs at your heart and toys with your imagination, resulting in what could be the standout hit of 2019.

Doctor Mirage #1: The Veil Between Life and Death