Doctor Mirage #2: I Will Never Stop Fighting For You 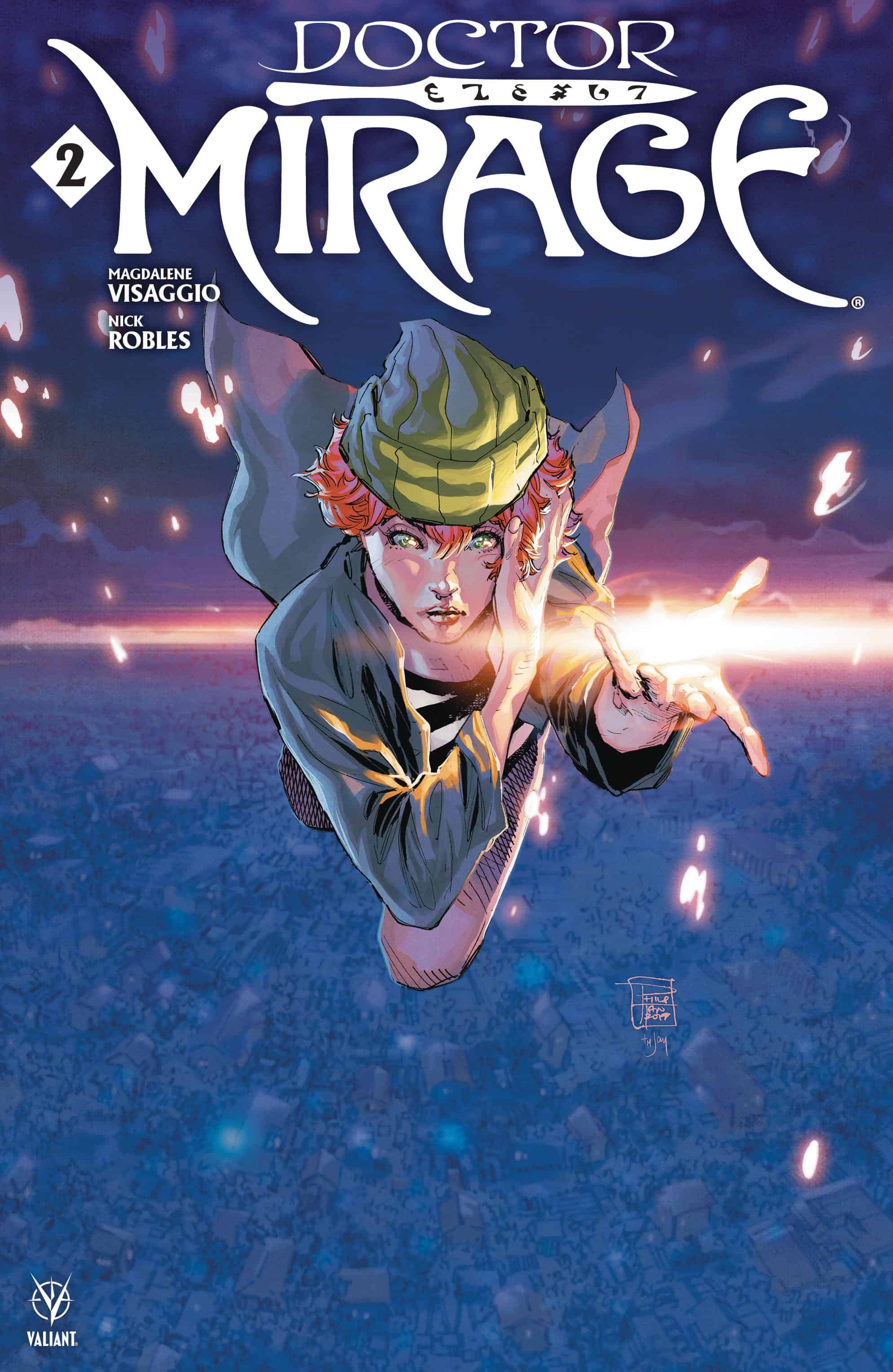 Death was no obstacle for Doctor Shan Fong Mirage, born with the ability to see and communicate with the dead, but what happens if she's dead?

Shan's newest ally, a teenager named Grace, is sure that they're both dead, but can her perceptions be trusted?

The mysterious absence of Hwen Mirage is explained here!

The psychedelic trip steeped in mysterious tragedy continues in Doctor Mirage #2, a series that feels determined to push Shan into dangerous new territory, but never forgets the dark romance roots of these great characters. 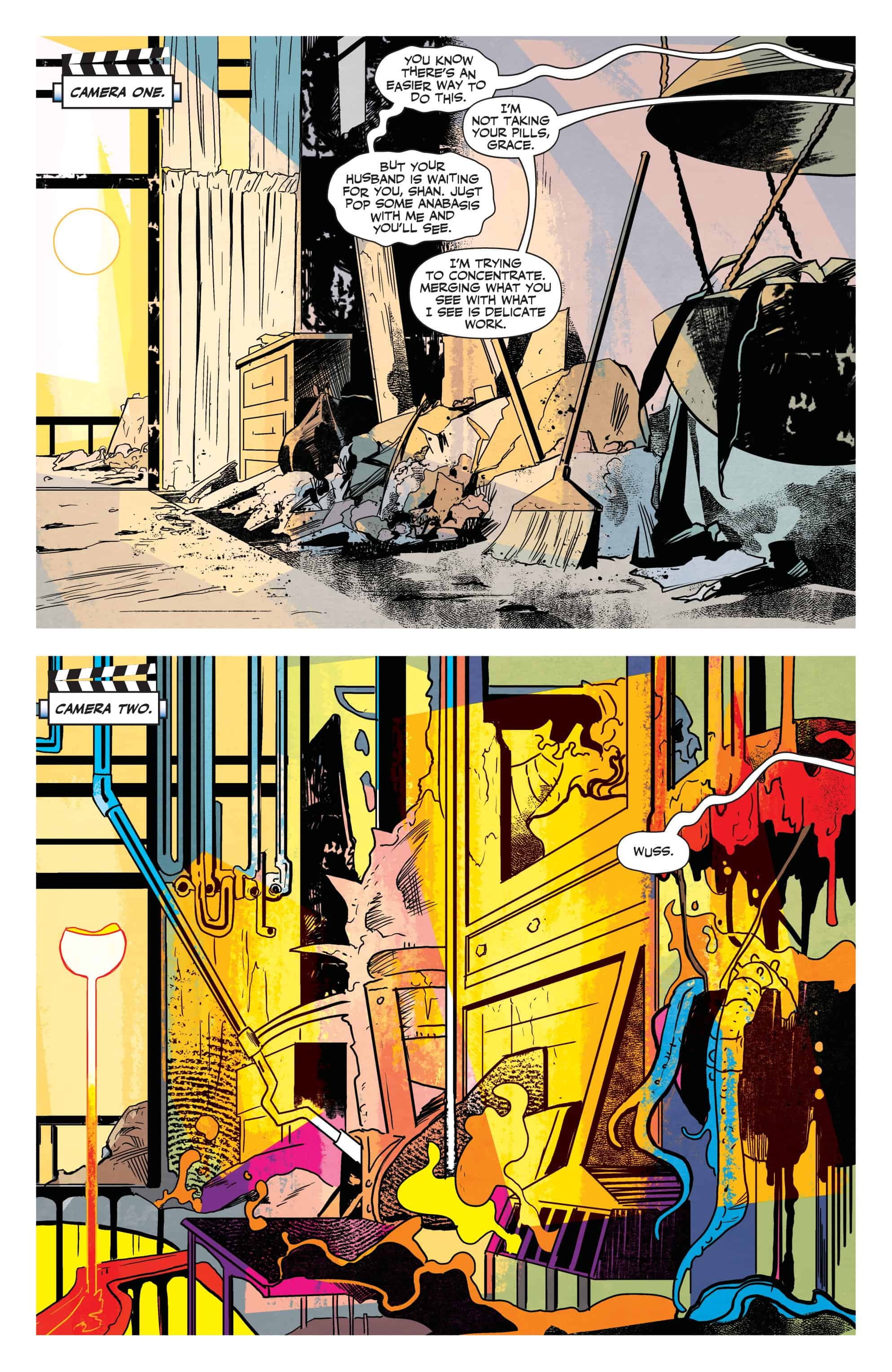 There is a unique dichotomy in this Doctor Mirage run that is being explored through both stripping Shan of what she’s known and putting her in a place unlike anything she’s ever seen before. It’s an interesting approach to the story, allowing readers to catch up on what has happened while coming to terms with the newest mystery Shan has been forced to confront. Writer Magdalene Visaggio establishes a pacing for the narrative that is incredibly enjoyable, giving insight when needed and luring our curiosity deeper when least expected. While last issue was a much more introspective look into her current situation, it was satisfying to delve into what exactly happened to Hwen as the story pulls in more of the dark romance influence from past stories, mixed with Roman historical and other influences.

The visuals from Nick Robles are the real star of this issue though. Sure, the first issue was a treat, but this one is something else entirely. If the artwork is going to get better like this with every issue we are in for something really special. It’s wildly psychedelic and uniquely haunting, accentuated from powerful color choices from Jordie Bellaire. 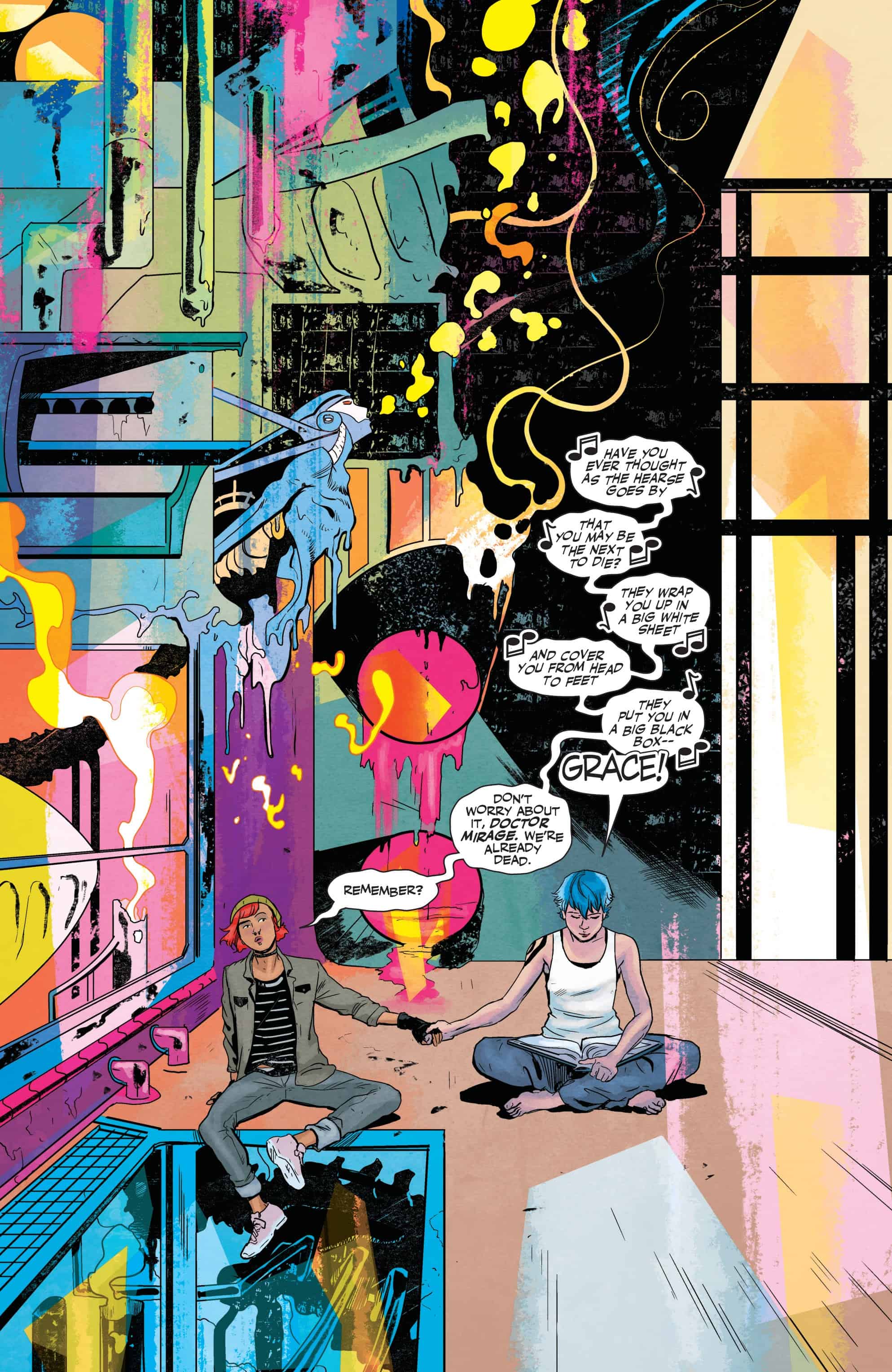 The loss of Hwen, while devastating, puts Shan in a position where she must only look towards herself. The noticeably different aesthetic ties into this new direction for the character, helping to establish a sense of originality that feels very welcome. The teenager named Grace is still a mysterious force in her situation, effectively magnifying the feeling of dread that carries over into the shocking visuals. This feeling of dread started with Shan’s push to keep fighting for Hwen which contributed to his loss, but Grace’s presence helps it to become palpable in every page. It’s in these elements that the series finds its focus, telling a story that gets to the heart of what drives Shan forward.

Overall, Doctor Mirage #2 is an excellent indication that this series is going to be a memorable experience. It’s new and fresh, but also reminiscent of what made Doctor Mirage such a beloved character. Fans will find a lot of depth in this new story as they connect to Shan’s deeply personal struggle. It’s not too late to jump in, but we are on the verge of exploring this unfamiliar Deadside in the next issue, so dive in quick!

The psychedelic trip steeped in mysterious tragedy continues in Doctor Mirage #2, a series that feels determined to push Shan into dangerous new territory, but never forgets the dark romance roots of these great characters.

Doctor Mirage #2: I Will Never Stop Fighting For You