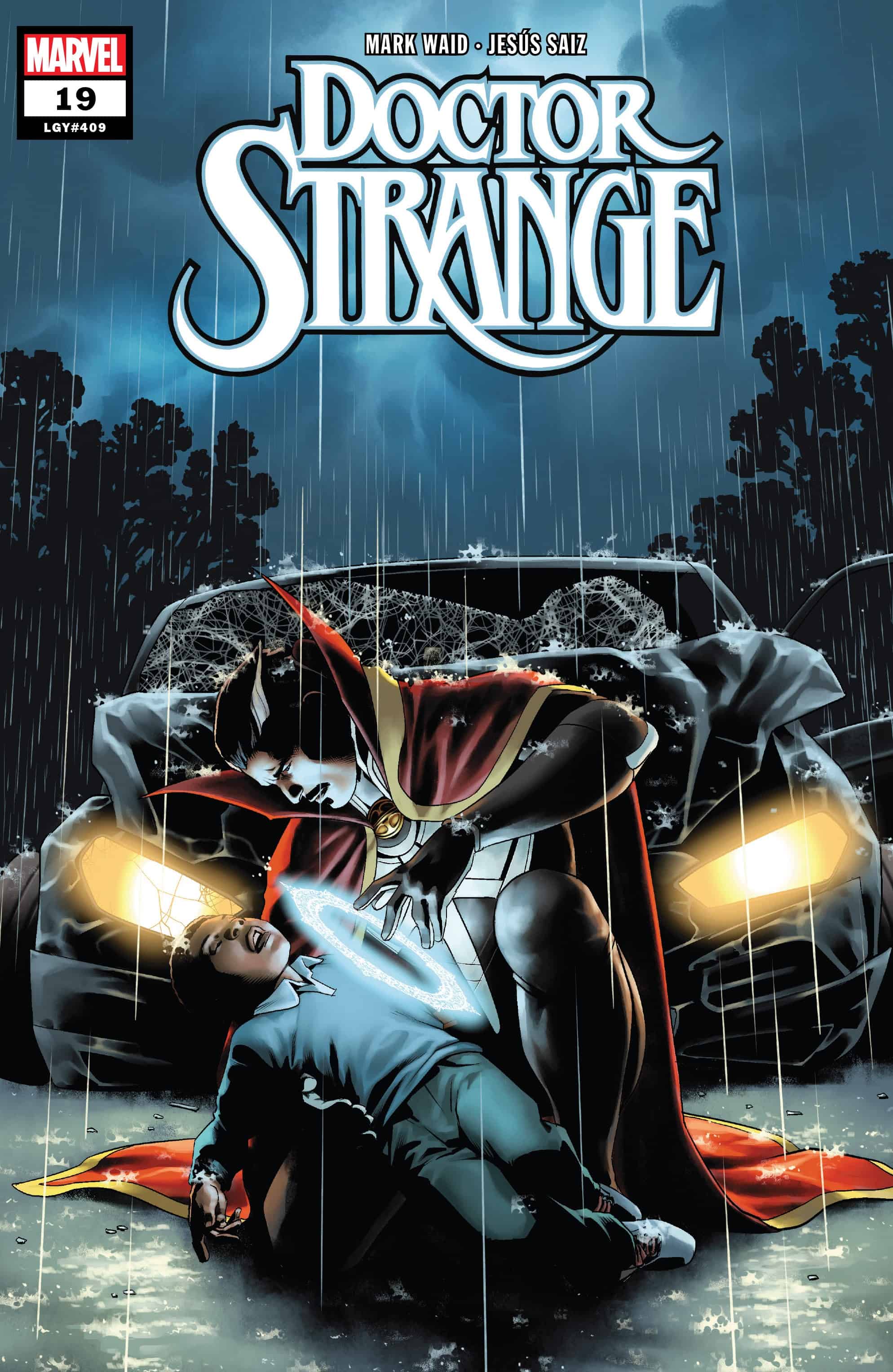 Strange faces something that has hunted him from his early days as Sorcerer Supreme, his one true weakness, the inability to actually perform an operation. Making a snap decision to deal with a demon for the restoration of his hands to save the life of one boy he performs roadside brain surgery and saves the day again. Which has the side effect of reminding him what a thrill his old life held for him. 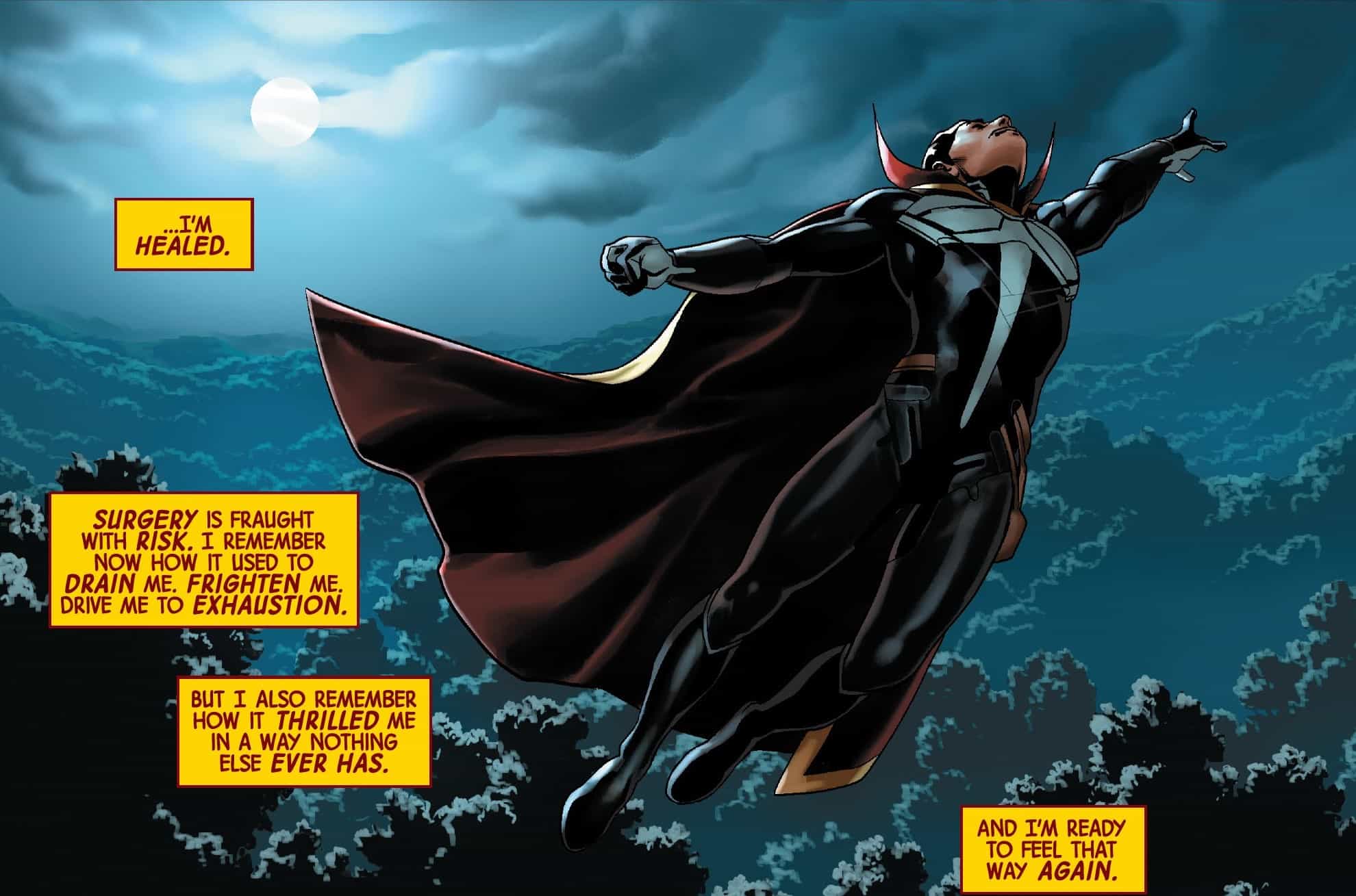 Wait a minute, didn’t Mark Waid JUST get finished dealing with the ramifications of making deals with demons? Not just in the last arc with Mephisto but the whole Magical Accountant scenario in issue #11, his huge backlog of magical debt and the need to find new methods of magic? And yet here we are again with (literally) maggoty demons making deals to save one boy? Harbingers of doom making smack talk with words like ‘extreme risk’ and ‘price’ whilst risking all of reality? I smell a plot device people!!!

A random ghost (also a plot device) causes a crash, thus the drama unfolds. Danny’s life is saved, Tonya shows gritty maternal moxy and the ghost says sorry and fades into the ether. Other than that there wasn’t much story wise to entertain here. As such it held limited interest in terms of feeling any sense of threat of impending peril to me. What could have made this more engaging and intriguing? How about the revelation it was all a trick and Danny and Tonya were creations to make him rush headlong into a rash decision. Or have an implication he sympathised with the boy due to his own accident, thus informing his decision. But getting into the head of the star of the show is something the writer never seems to quite manage. So as far as the plot goes I really found it hard to care.

Thankfully there was the saving grace of the art. From the ‘full impact’ cover to the unfolding events within the mood was set throughout solely by the visuals, in a way the writing just couldn’t pull off. As such Jesús lends the whole instalment all of its dramatic impact from beginning to end. The first spark of actual emotional plight was only invoked by the sight of having Strange reconstruct his hands from nothing. As the bone and sinew reforms in front of his (and our) startled eyes I actually felt them knitting together and reforming along with the story itself. 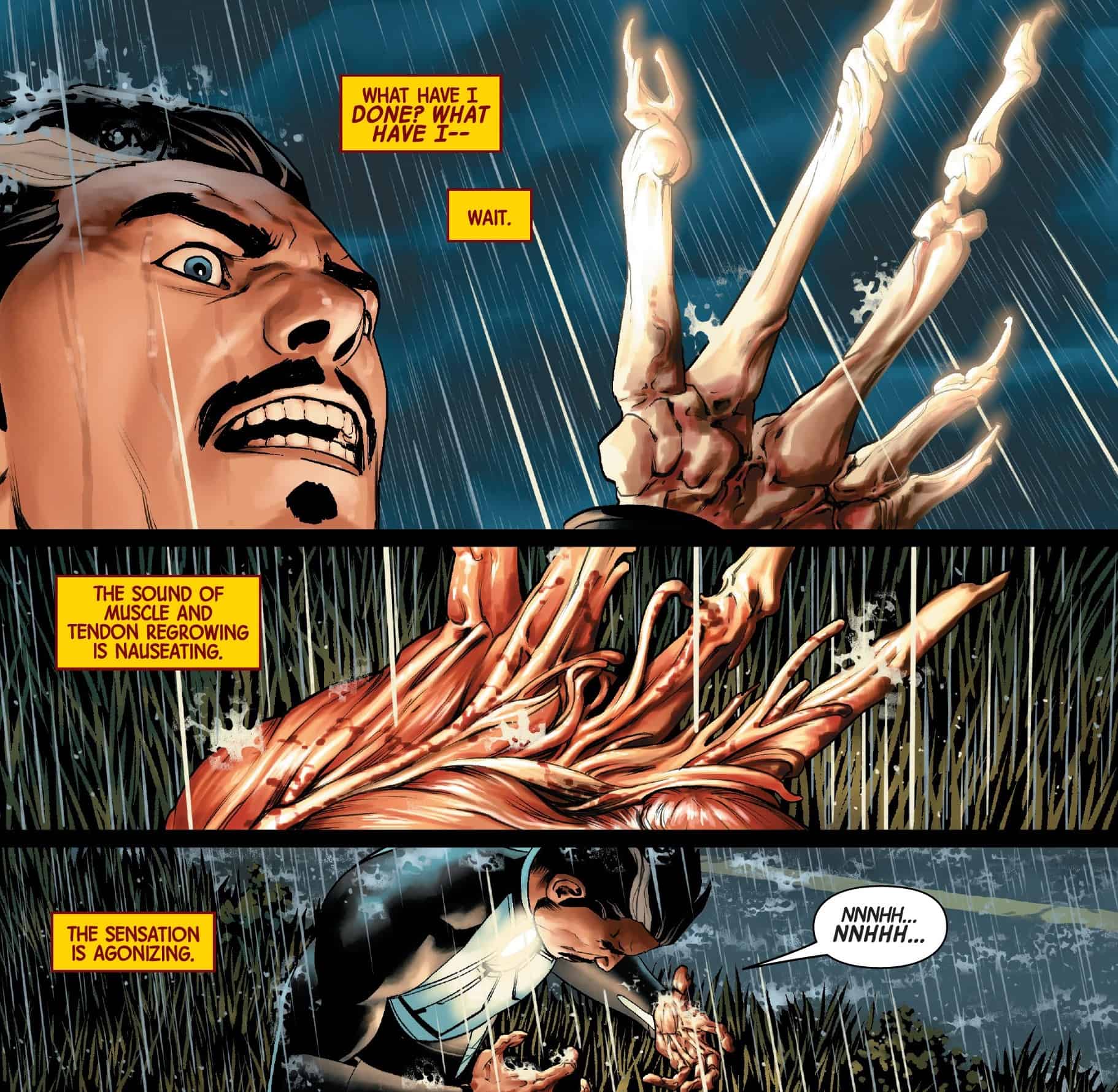 Weirdly even though this was the crux of the whole dilemma it could be said to be incidental to what follows in terms of action. Not only with the wraith like plot device fading in and out like so much spectral smoke, which did look spectacular, but there was also that expression of grim determination in the mother as she fends off Casper the unfriendly ghost. All of which finally brought me into the story and I did at last begin to feel something akin to empathy for her plight. As well as an inkling of actual investment in the unfolding events.

Like Strange himself Jesús Saiz once again works miracles with so little to go on, injecting as much drama and emotion into the situation as he could. And there was so much more going on in the nuanced scenery than the life saving surgery and the knitting together of newly formed hands. It actually seemed I could feel the rain as it fell and made translucent tracks down the faces of those involved. This really does echo what I’ve said all along about this artist and the fact he clearly has an eye for the cinematic. This alone lends the impromptu roadside brain surgery its drama and impact and gives Grey’s Anatomy a run for it’s money. 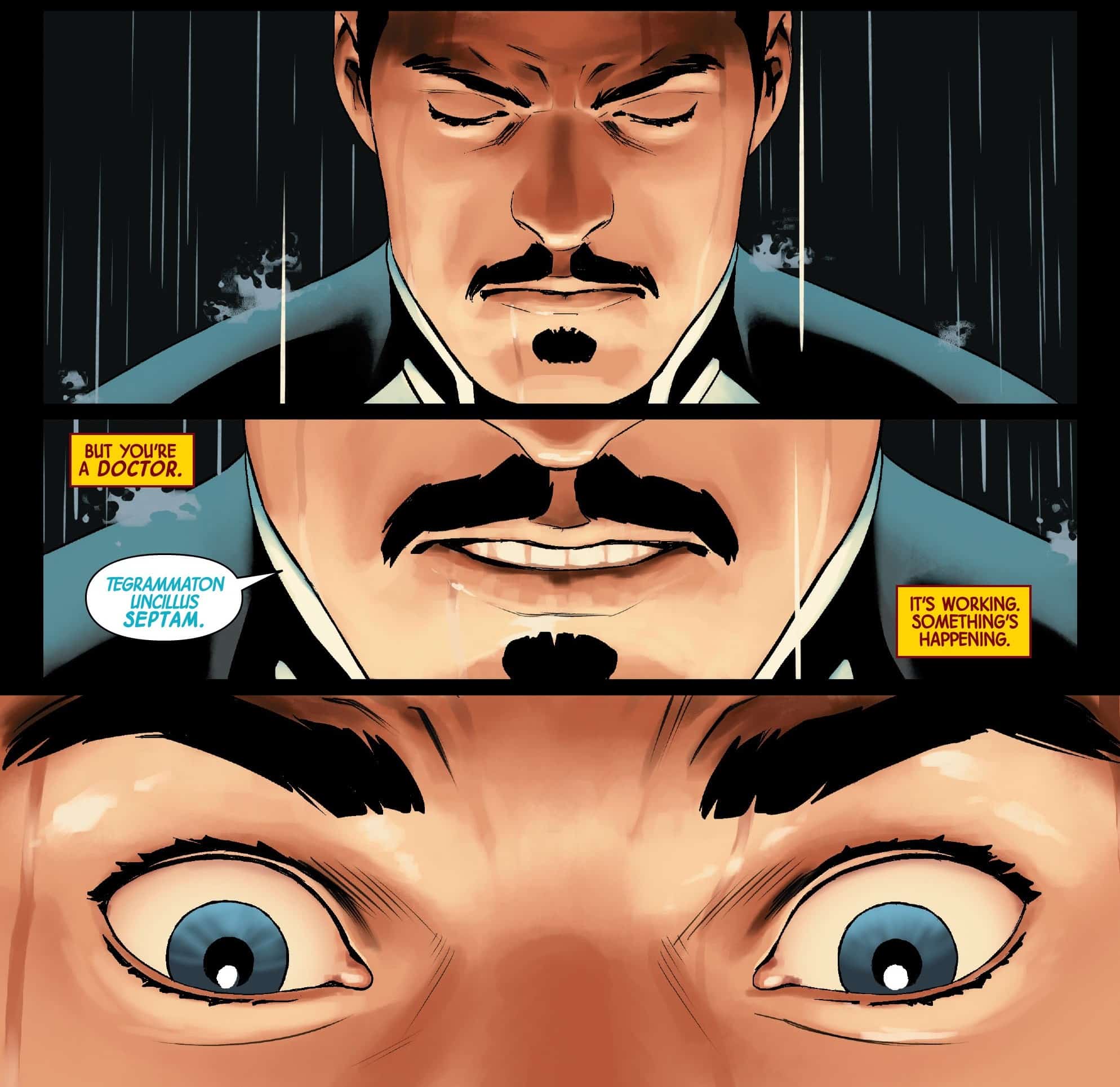 The stark gruesome operation and hand reformation were not the only eye popping visuals. Once again Jesús gives a striking rendition of diabolical dimensions with his demon du jour, Channok Keeper of Forbidden Spells. This demonic conjuring reminds me of his debut in the first issue in this volume with the likes of X’Axal. The imagination within these visuals is a true testament to the artist and something which was sadly lacking in any other form within the story.

Once again the art does the heavy lifting in a story that really could have been a total car crash.