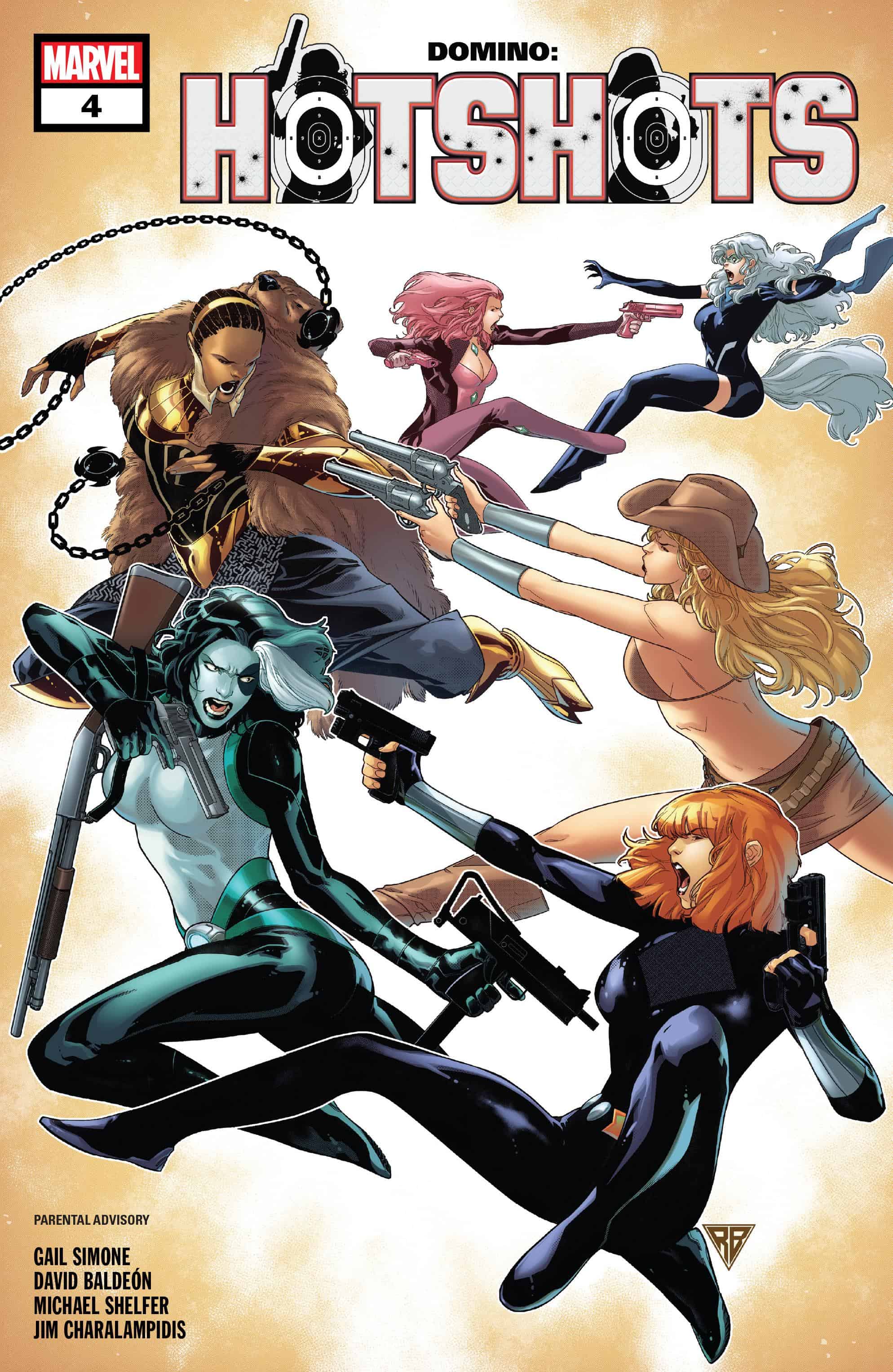 Between being infected by a cosmic virus, a teammate who breaks ranks because of the temptation of the power of the cosmic key and still having to stop the originally infected scientist...Domino's having a REALLY busy day.

Once again this again filled to the brim as Domino and the Hot Shots confront the threat of the cosmic key and all the temptations that come along with it. There’s so much going on from page one as Neena not only has to fight one of the teams own in the form of White Fox, but also show that she really is a good leader that can make the right decision despite the self-doubt she has while still dealing with the threat of the originally infected scientist. 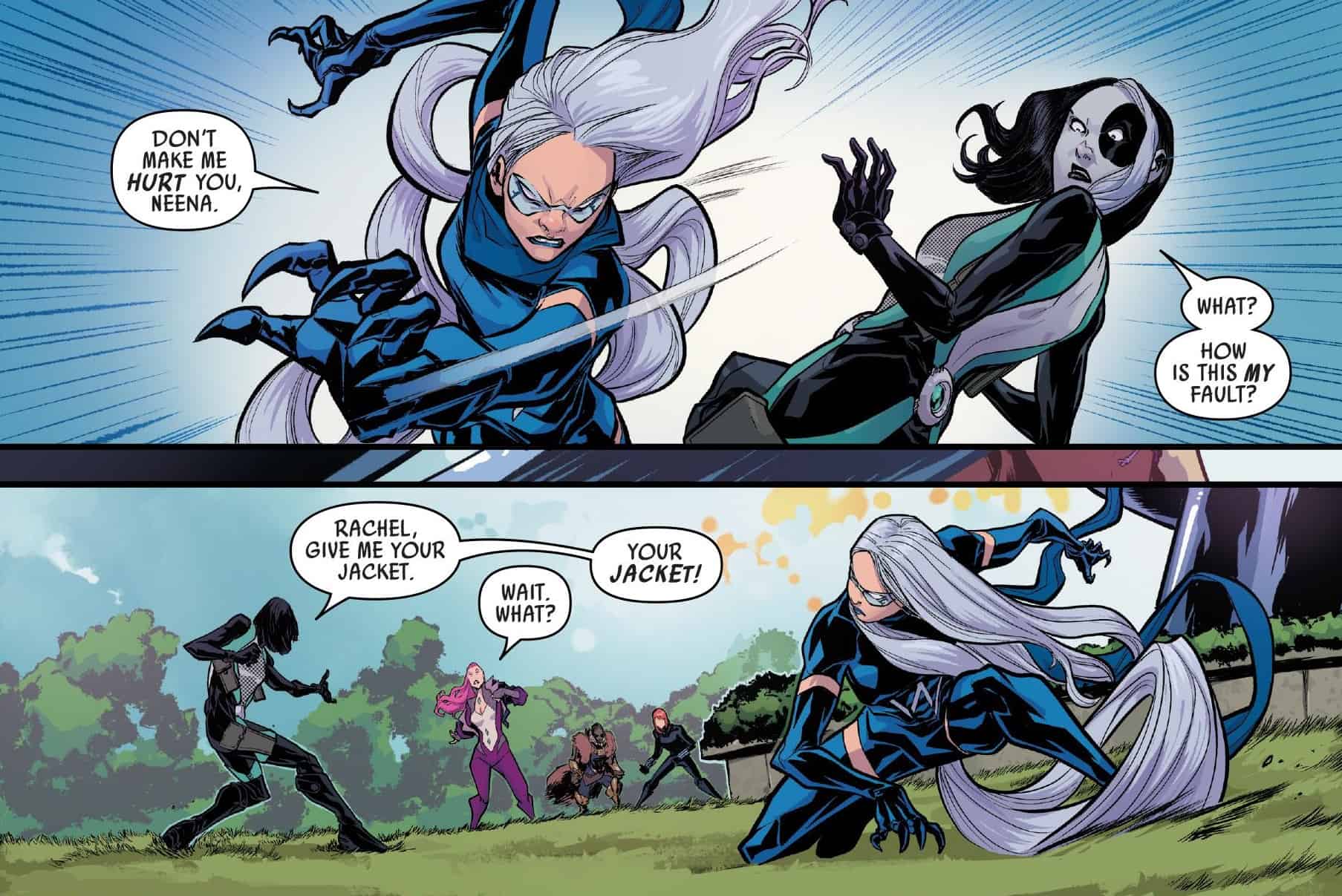 The writing is stellar as Simone balances great action, laugh out loud humor with a tale where we see Neena really step up as a leader and truly earn the respect of everyone on the Hotshots team. Part of the fun of Simone’s writing is it always so very her and easy to read but when you actually follow her on social media platforms there’s an additional dimension added to what she writes as she incorporates clever and witty in-jokes too (I am looking at you FUN BUN!) 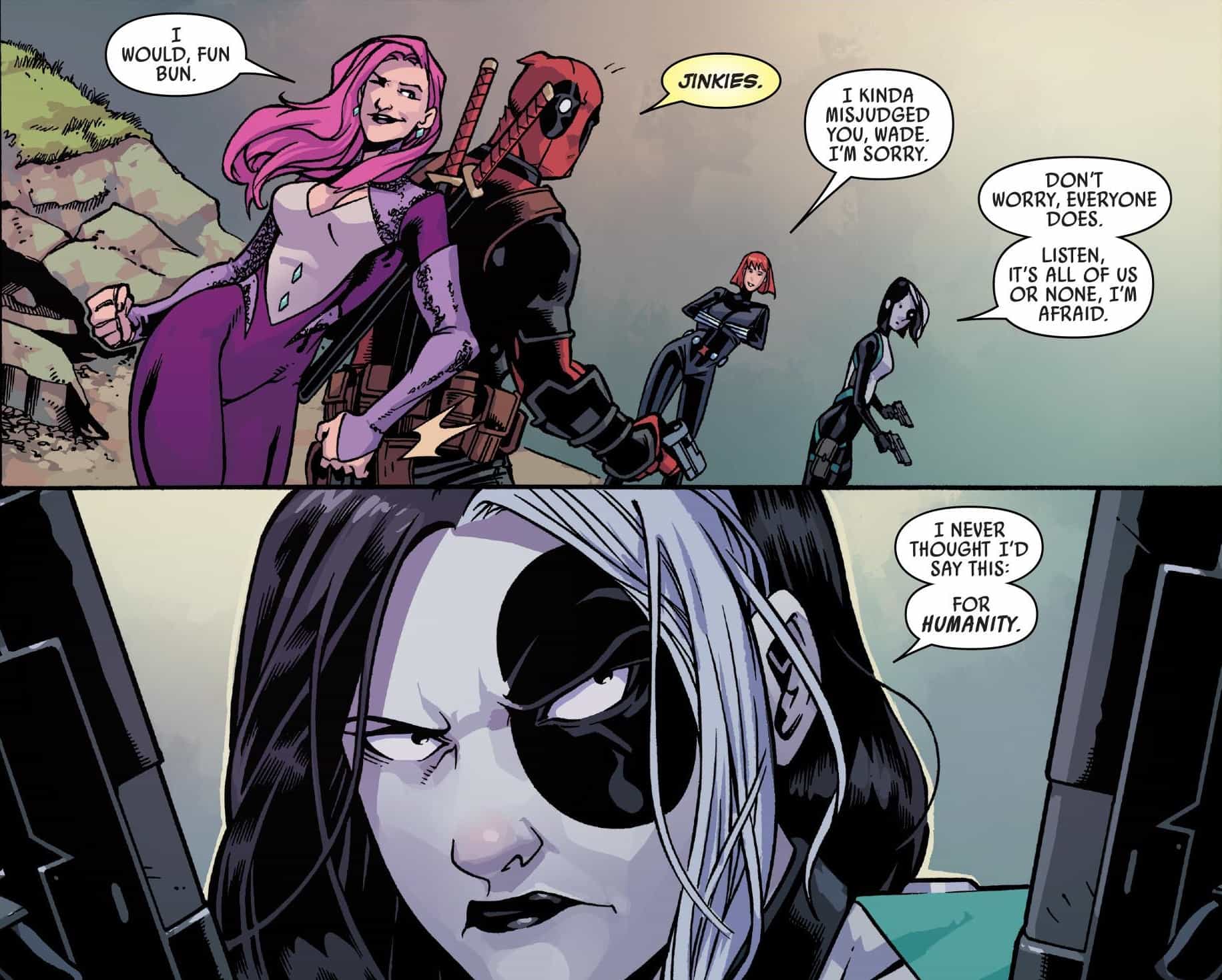 With this series and the Domino solo series before it, Simone has truly fleshed out Domino into something so much more than I think she has ever been in other series before. For me, issue 4 really is about Neena coming into her own but Gail doesn’t neglect any of the characters and everyone from Inez to Wade to Black Widow is written absolutely perfectly. Sure this is a series with cosmic action punch ups, humor and all of the shenanigans that go with it but at the same time this is a book about a person that despite a terrible past, steps up, does the right thing and learns what family is and as much as I love the explosions and the action, that is my favorite part about this book. 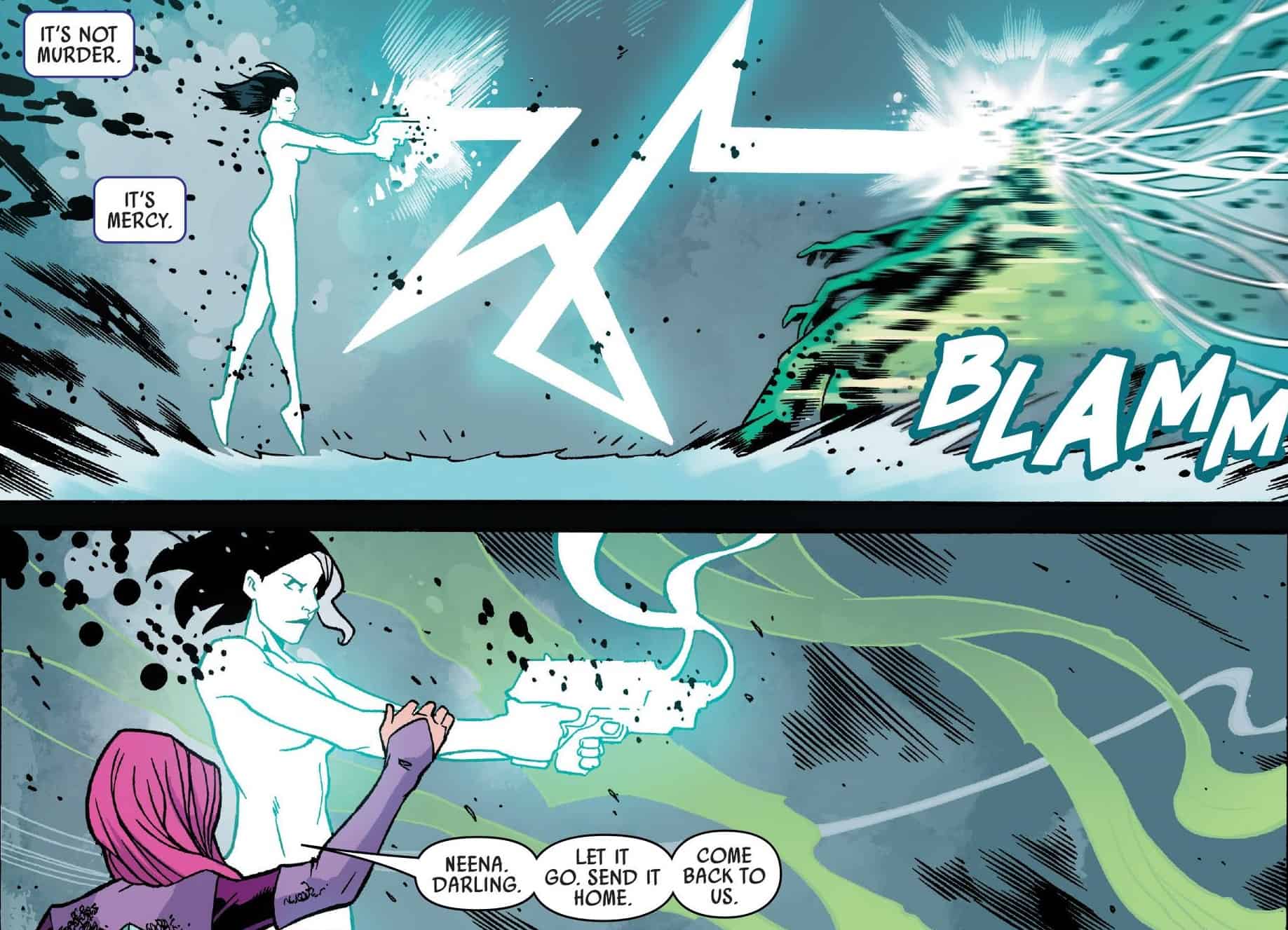 The art from David Baldeon and Michael Shelfer blends seamlessly together and I couldn’t actually tell where the one artist stopped and another started until I went back through the pages on a second look which I think may have been aided by Craig Yeung’s inking. I am a huge fan of Baldeon already and he always delivers but I really want to compliment Michael Shelfer who has improved in leaps and bounds every issue since he joined team Domino and I really hope to see more from him when the series ends. The coloring from Charalampidis is in a word cosmic with the exceptional and striking use of white and green in the last battle scene of the issue. Cowles, as usual, doesn’t set a foot wrong with his lettering.

Once again, the Domino  Hotshots team delivers a gloriously packed book with all the right ingredients to make for a fun and engaging read which ticks every box imaginable from superb action and laugh out loud humor to heart filled dialogue and interaction between the characters that succeeds on all fronts.