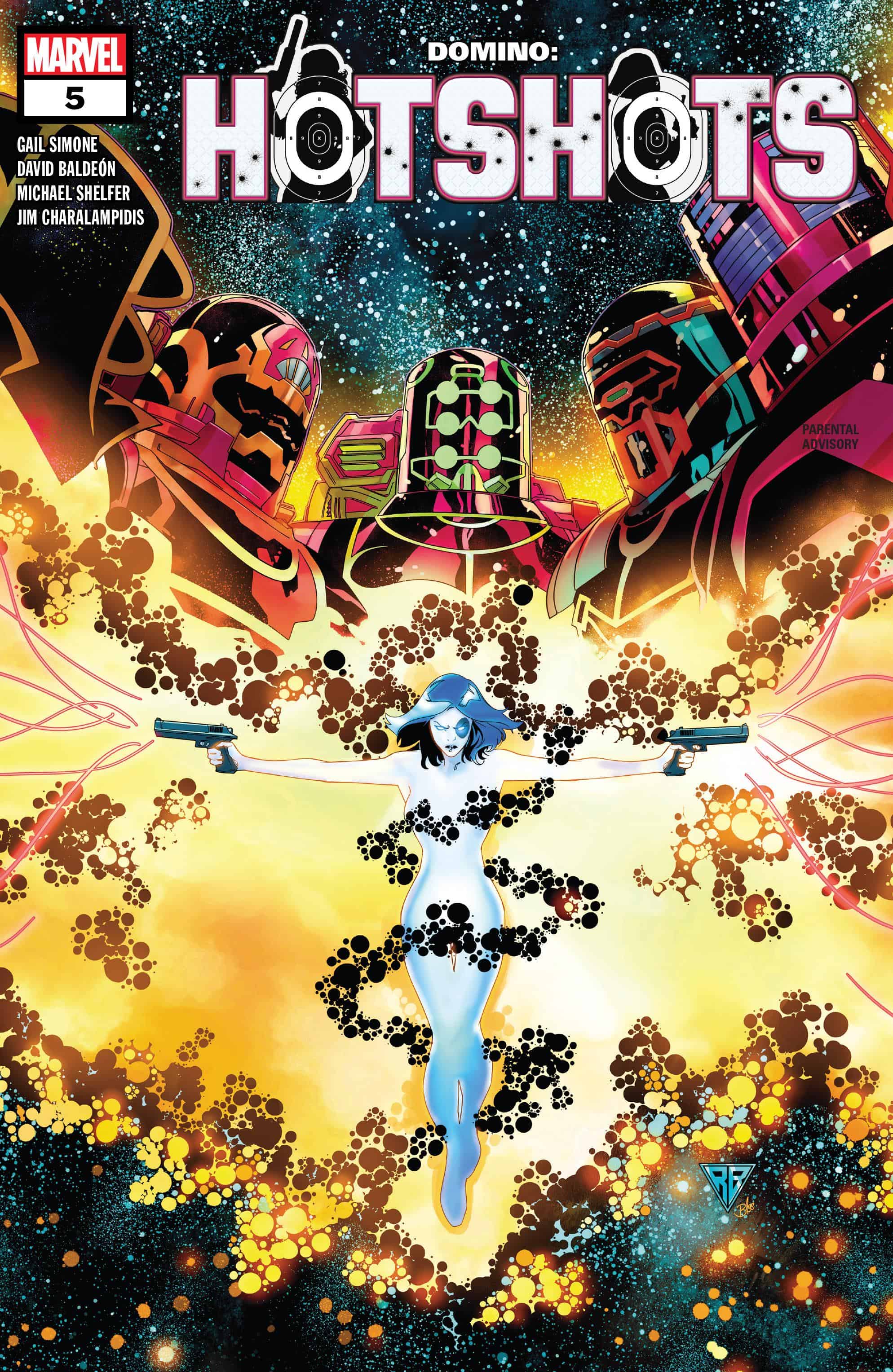 Domino and the Hotshots face the judgment of the cosmically infected Geun The Executioner! What will taking up the cosmic power of the CreationConstellation to face this fearsome enemy mean for Neena in this thrilling last issue?

I didn’t want to write this review. I didn’t want to because then it means it’s over and I will no longer have a Dominocentric book to look forward to every month as I have since Domino #1 came out April last year. Yes, I know this is Hotshots #5  but for me, the two are inseparable when I think of them. 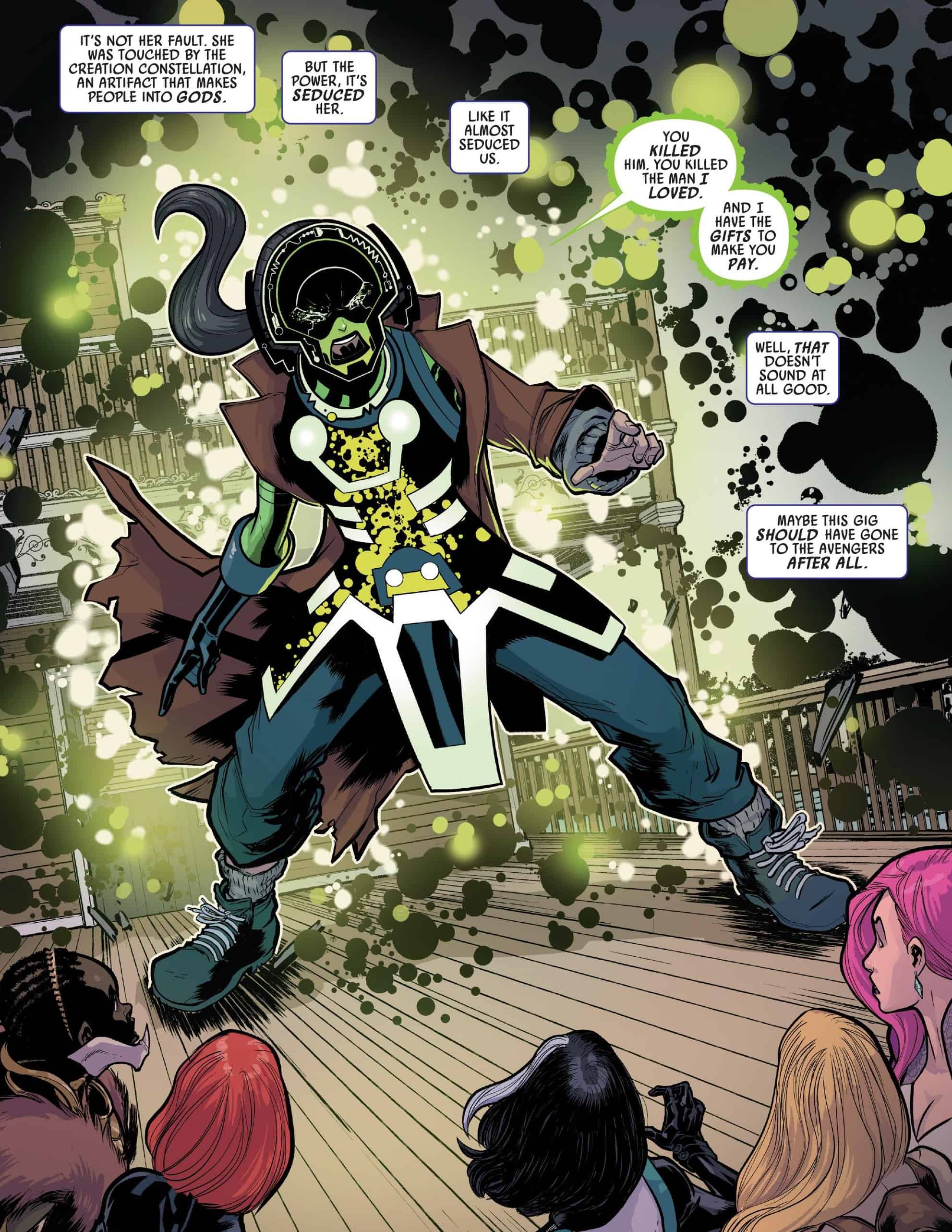 I should write how this issue is filled with fantastic action drawn marvelously by both David Baldeon and Michael Shelfer who particularly knocks it out the park with this issue and brilliantly colored by Jim Charalampidis with amazing dynamic motion and enough Kirby crackle that somewhere King Kirby is nodding and smiling to himself. I should write that Clayton Cowles clever graphic lettering and perfectly placed effects add a whole extra dimension to the reading of this comic and have the entire series. 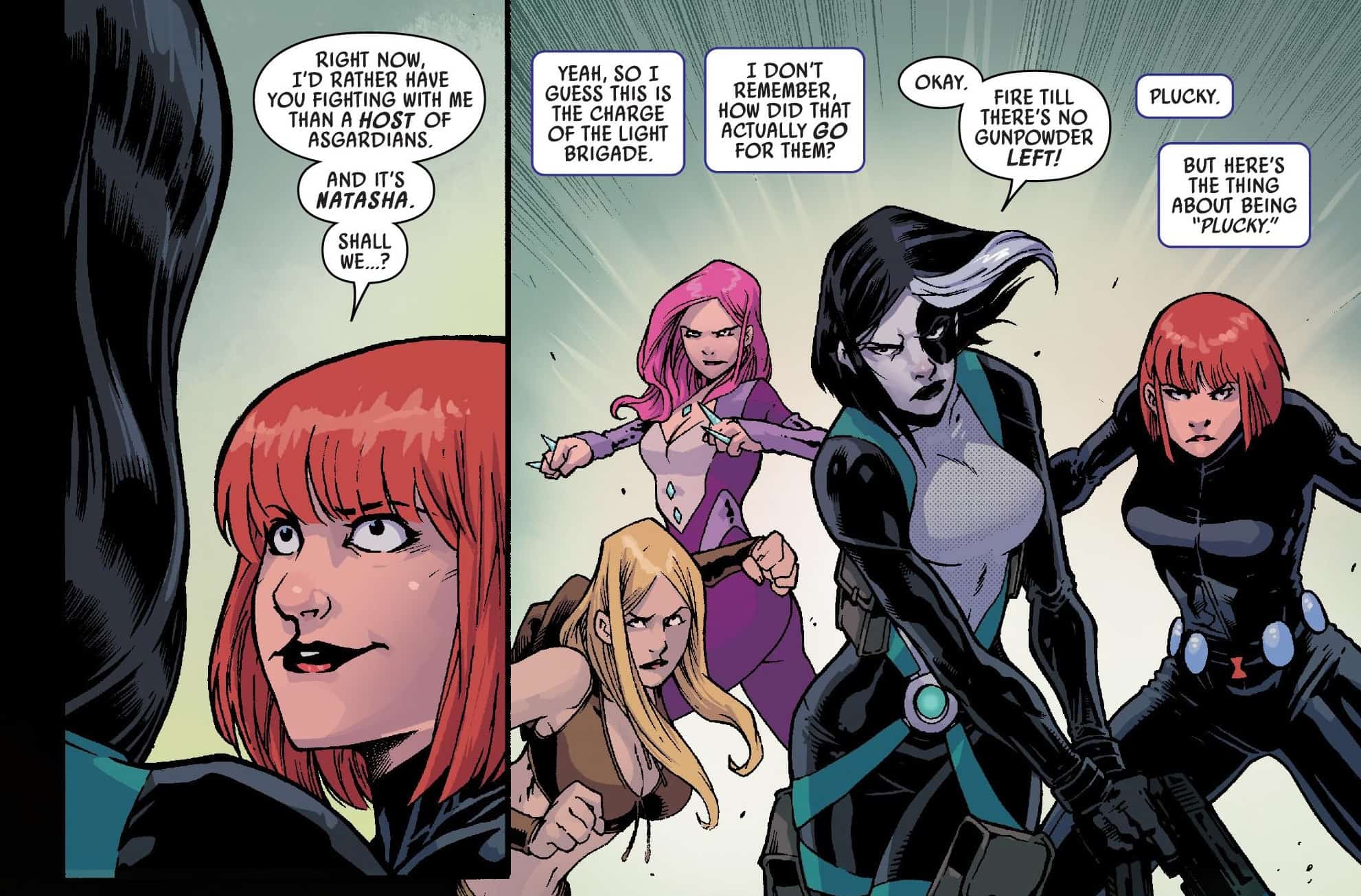 I should write how Gail Simone has written this comic in such a wonderful style balancing humor, action, and heart in a story with cosmic stakes that ultimately come down to a very human choice, that the brilliance of this series has been Gail’s ability to tell absolutely banana’s crazy action stories on a cosmic scale with crashing Wakandan aircraft, Deadpool cracking wise and Celestials Krackling in their cosmic Kirby majesty (again hats off to the art team) But that ultimately this is a story about a mutant mercenary with a bad past and massive trust issues that ultimately finds a family in a bunch of exceptionally capable woman ( and men, I see you, Adelbert,) and finds the strength to make the right choice not just for the sake of mankind but for herself as well. 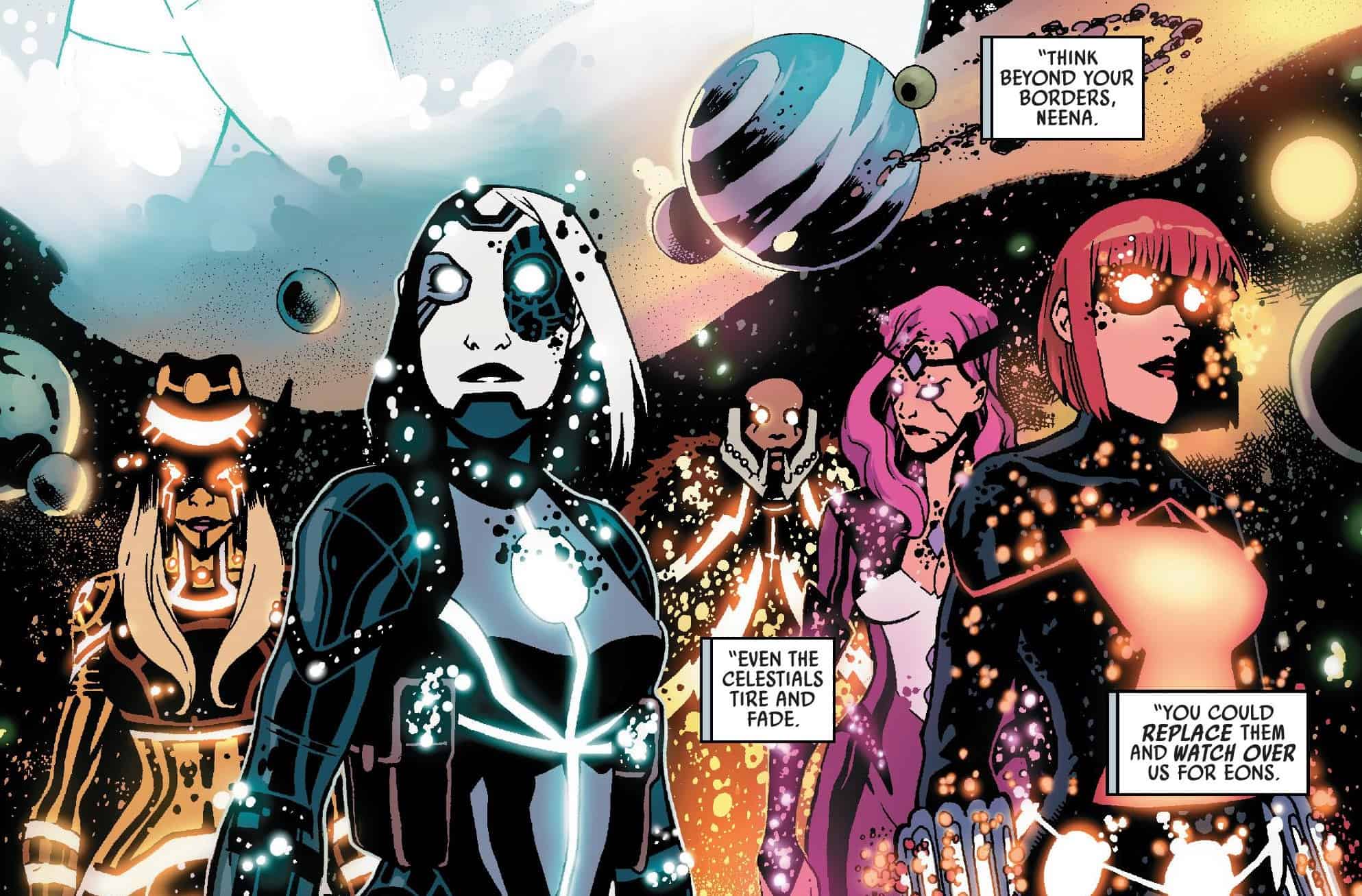 I should write how the pacing while not perfect, hits the best beats between raucous action and introspective moments and that bringing the missing Silver Fox back into the picture was both clever and satisfying. I should write that as an unabashed Domino fan I don’t think I can recall when she has been drawn or written any better than she has in this series except for in her aforementioned solo title. I should write that R.B Silva absolutely killed it with the covers on this series and this issue’s cover is absolutely out of this world (literally) 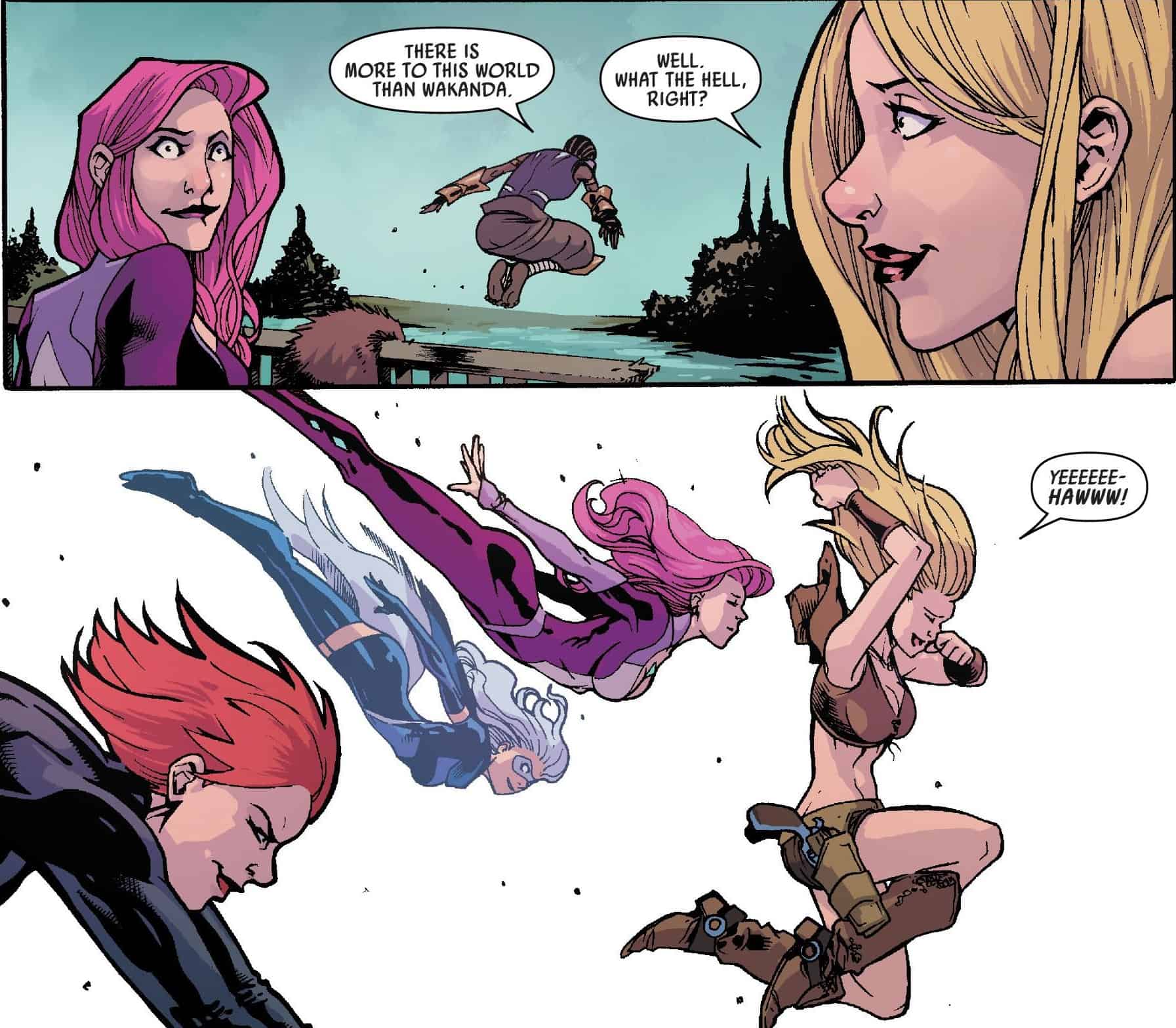 I should write all of this but I don’t want to because I don’t want to say goodbye to the awesome idea that Domino: Hotshots as a series has been. So I won’t say goodbye I’ll wink at this creative team, Domino and the rest of these superb characters and say see you later.

Domino Hotshots #5 is a fantastic finish to a series that has balanced absolutely crazy cosmic action and the very human story of one Neena Thurman aka Domino and the exceptional woman that have made up this team. I give it my highest recommendation.