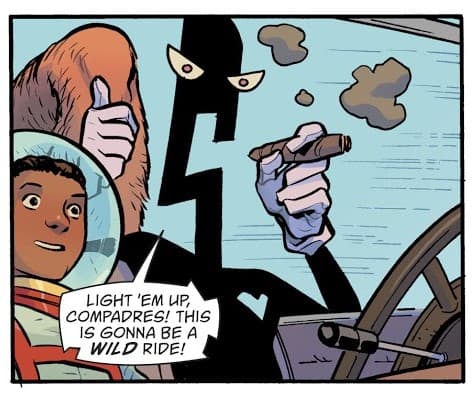 Mr. Nobody’s plan is fully realized. The world has turned into a surrealist nightmare. Can the Doom Patrol stop Mr. Nobody’s plan to destroy reality? Will there be tap dancing? The answer is yes to at least one of those questions! 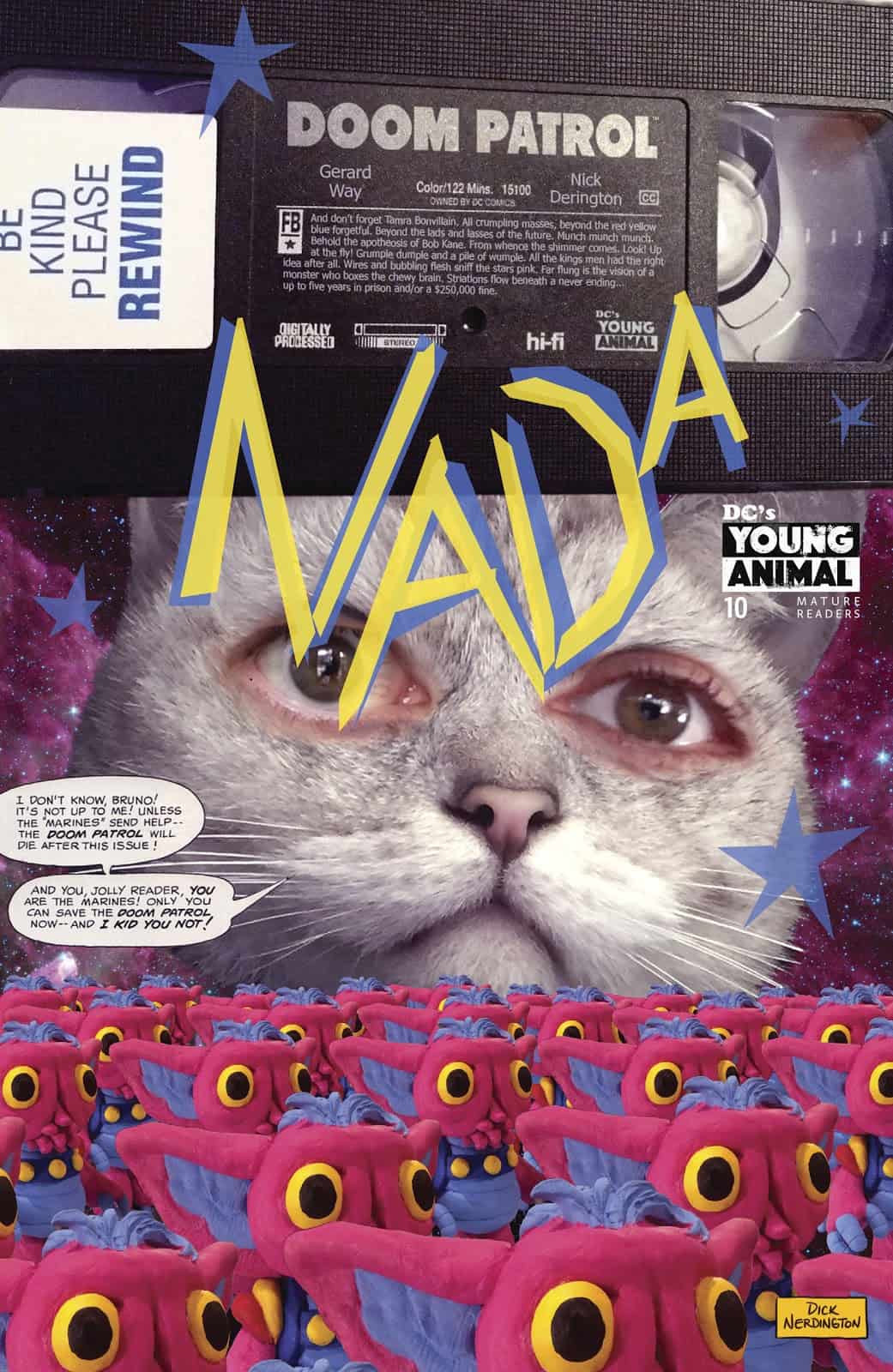 What You Need to Know:
After feeding the nation a product with a particularly foul name, Terry None, the daughter of Mr. Nobody, begins to tap dance all of reality away. With his new Brotherhood of Nada on the attack, the Doom Patrol rushes headlong into to weirdness yet again. 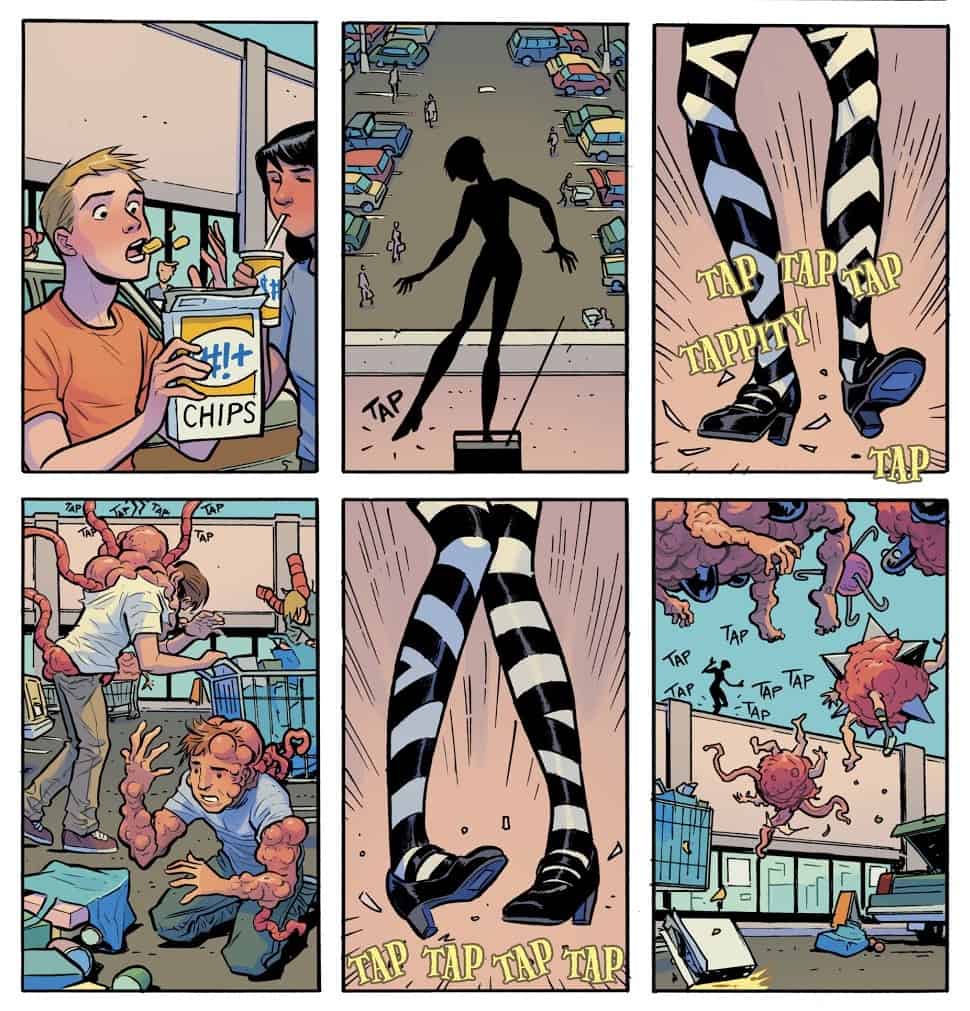 What You’ll Find Out:
Casey Brinke wakes in the middle of madness quite literally. Everyone around her has turned into some sort of surrealist nightmare monster as a result of eating $#!+, the food additive product developed by Mr. Nobody. Meanwhile, the Doom Patrol, who are helping the Reynolds family look for their son, sees this on television and rushes to fight Nobody. The mysterious Haxxalon of Retconn, who is in search of his bride who may well be Rita Farr of the original Doom Patrol, also sees this and tells his right-hand man Anton to put a stop to it. The Doom Patrol confront Mr. Nobody and his crew, discovering the Lucius Reynolds has joined him. A fight breaks out, and after Nobody reveals his plan is to destroy everything, leaving nothing, Lucius leaves him and returns to his family. Across town, Casey finds Terry on the roof a building. They begin to talk but thanks to both of them eating $#!+, their meeting causes Terry to suddenly become pregnant. Casey gets Terry into Danny the Ambulance and rushes her to safety. Right as she is about to give birth, reality gives way and they all go crashing into Retconn. 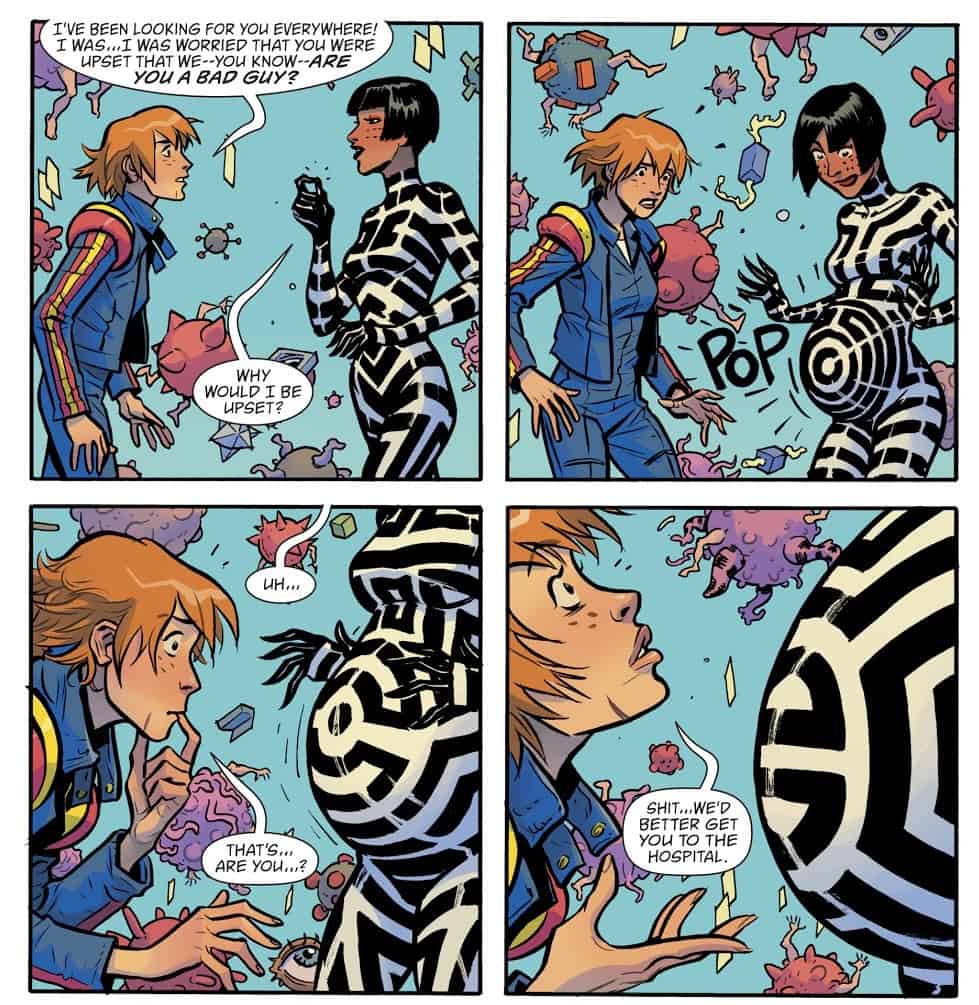 What Just Happened?
I feel like this incarnation of the Doom Patrol is the best incarnation since the Morrison days. Way is definitely channeling that run but is also bringing in lots of likable new characters. Its a really fun amalgam of the Morrison era characters, lots of the old Silver Age weirdness of the book, and a whole new meta, self-aware take on the universe. This is the best the Doom Patrol has been in a long time, and as the backbone of the Young Animal imprint and upcoming Milk Wars event, I’d say the readers are in safe, if not weird, hands. 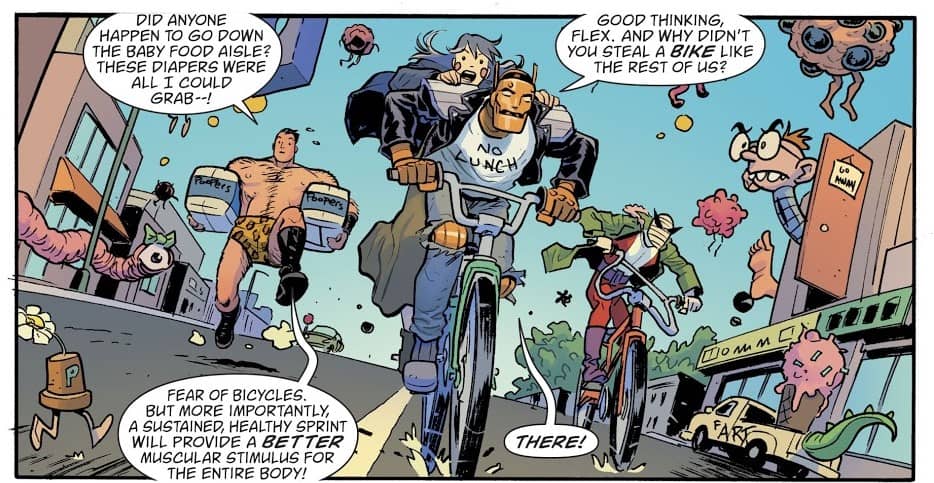 Final Thoughts:
If you like the seminal Grant Morrison run of Doom Patrol or just the bizarre kind of comics that came out in the glory days of Vertigo, this book is for you.  I love the Doom Patrol, and I look forward to every issue of this book.  I am excited to see where Young Animal goes next.  Great read!