Doom Patrol Weight of the Worlds #2 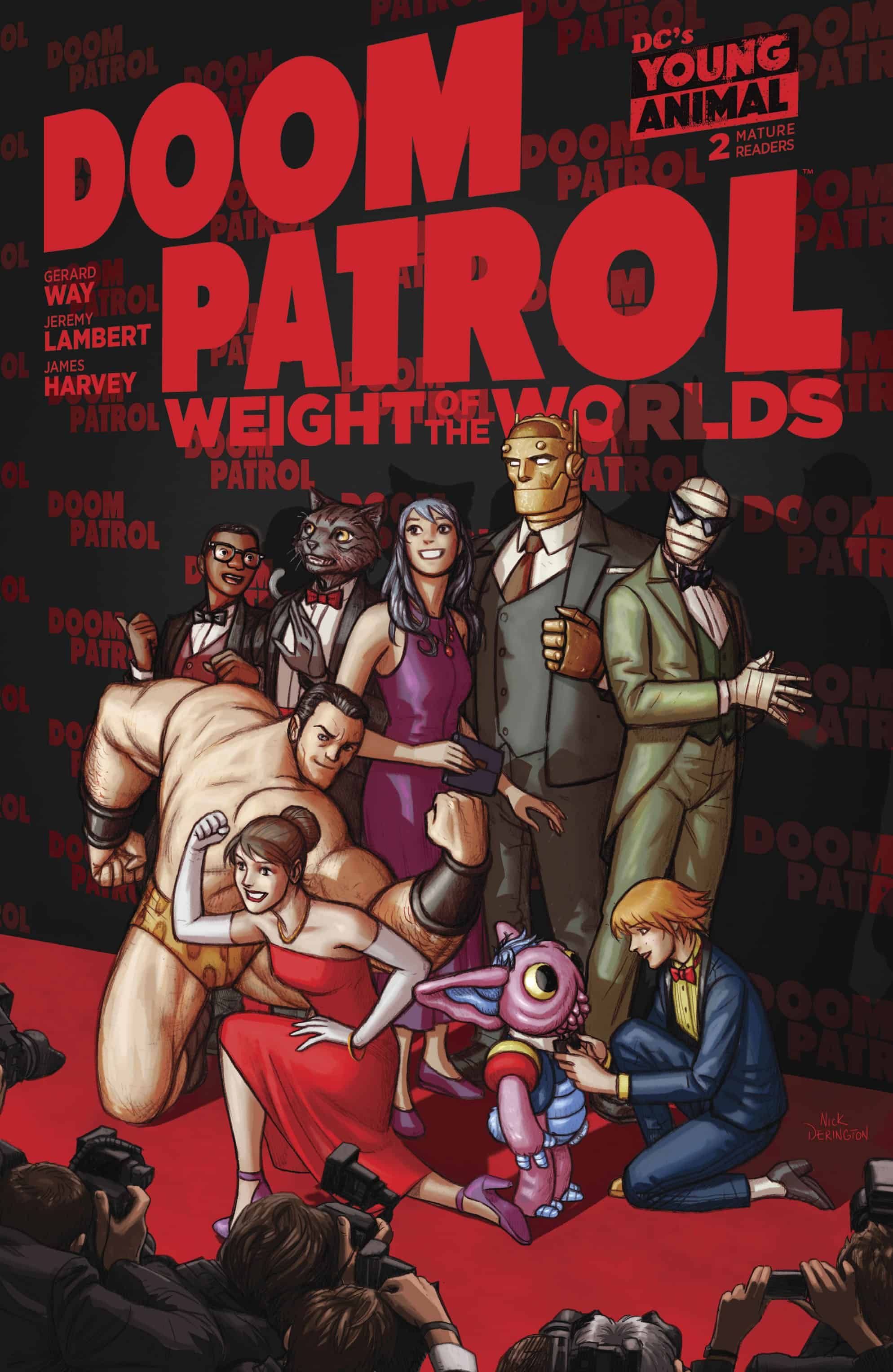 It is a time of great upheaval as Cliff transforms, Larry gives birth, Casey babysits—and the Doom Patrol becomes embroiled in the divorce proceedings of feuding cosmic entities.

The latest Doom Patrol issue from Gerard Way and company proves to feel like a hit of acid in a music festival celebrating positive cosmic energy, leaving you both exhilarated and slightly confused, but still happy nonetheless. 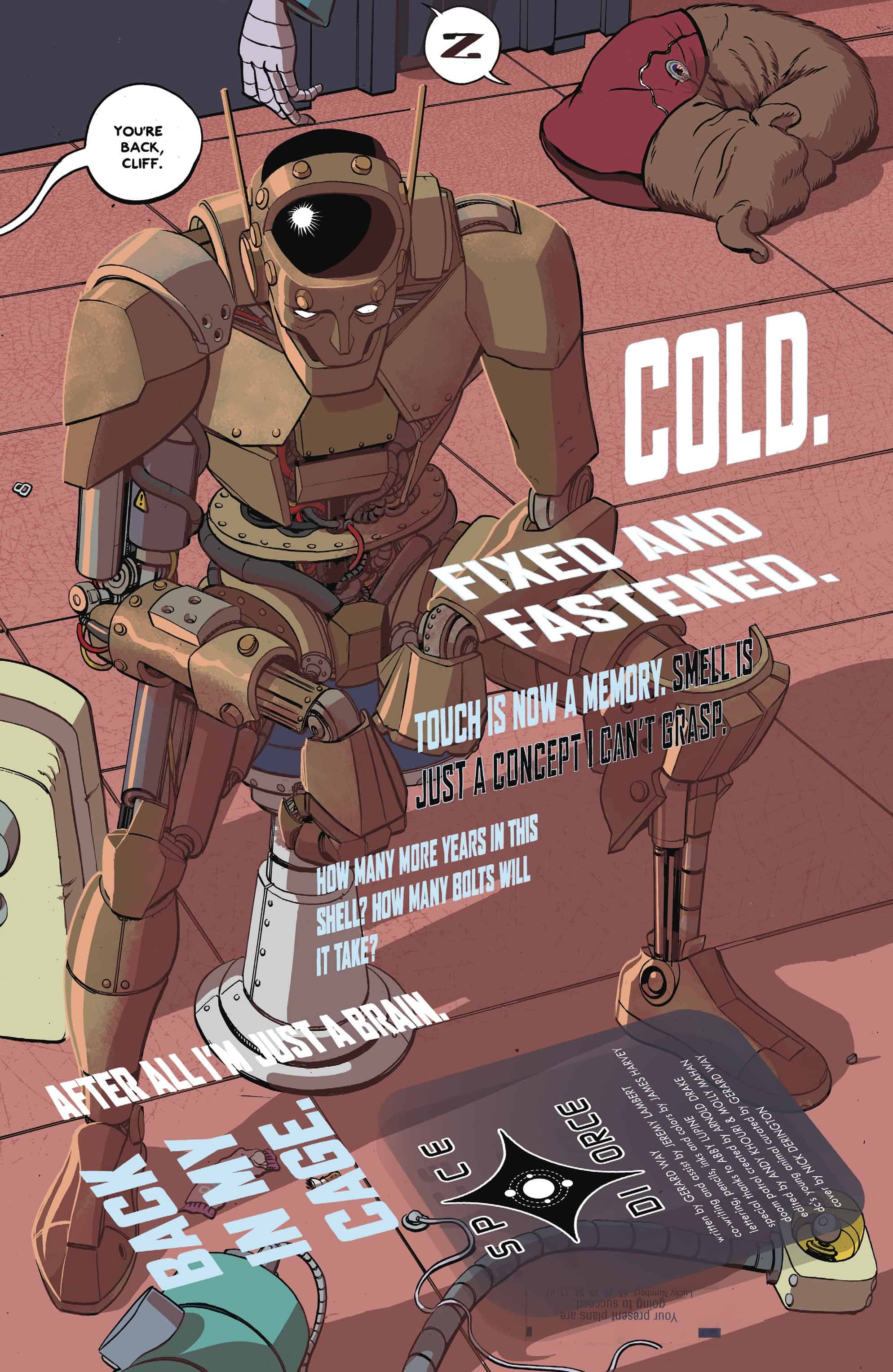 Being completely honest, to say this book isn’t part of one of the most original series on the shelves today would be nothing short of asinine. I dare anyone to find a book that is even partially similar to what we see in Doom Patrol: Weight of the Worlds #2. There is so much character work hidden behind uniquely wild and fantastic narrative concepts that it can be difficult to determine just where the story is going, but it never fails to be incredibly entertaining.

The shock factor of Larry birthing these organic pods of overwhelming positive energy is enough to let readers know this isn’t your typical Doom Patrol story, but at this point, it feels right in line with Way’s vision of the team. The events that follow spiral into a literal space divorce that finds the team saved by none other than Lotion, the anthropomorphic cat. While these are crazy and interesting narrative pieces, the book noticeably struggles in sensibly bringing them all together. It’s a bit disorienting to read, but it somehow manages to make sense by the end and still leave reader’s excited for more.

For what it is trying to be (which is uniquely difficult to pinpoint!), the book is ultimately a success. Despite some weak lettering again, the artwork manages to deliver some truly great panels. Everything from the panel layout to the colors contributes to a wacky yet engaging visual aesthetic that suits the story really well. Combined with Way’s playful writing, issue #2 keeps the momentum high up until the very last cliffhanger page.

I’m particularly fond of the method of storytelling being utilized which features an almost complete story per issue alongside an overarching narrative. In the age of bingeable content, these types of stories have become less prominent so its nice to see it done well. You can pick up either issue #1 or #2 and enjoy them on their own, but for those following there is also a lot of payoff. To accomplish both of these aspects so early in the series is super exciting.

Overall, Doom Patrol: Weight of the Worlds #2 is a solid continuation in this unique run from Way and company. It’s whimsical and heartfelt, but also just slightly confusing. While it might not be for everyone, the exploration of positivity continues to be a thoroughly interesting approach to the Doom Patrol series.

"Doom Patrol: Weight of the Worlds #2" has so much character work hidden behind uniquely wild and fantastic narrative concepts that it can be difficult to determine just where the story is going, but it never fails to be incredibly entertaining.