Doom Patrol Weight of the Worlds #3: Once Upon a Time

Doom Patrol Weight of the Worlds #3 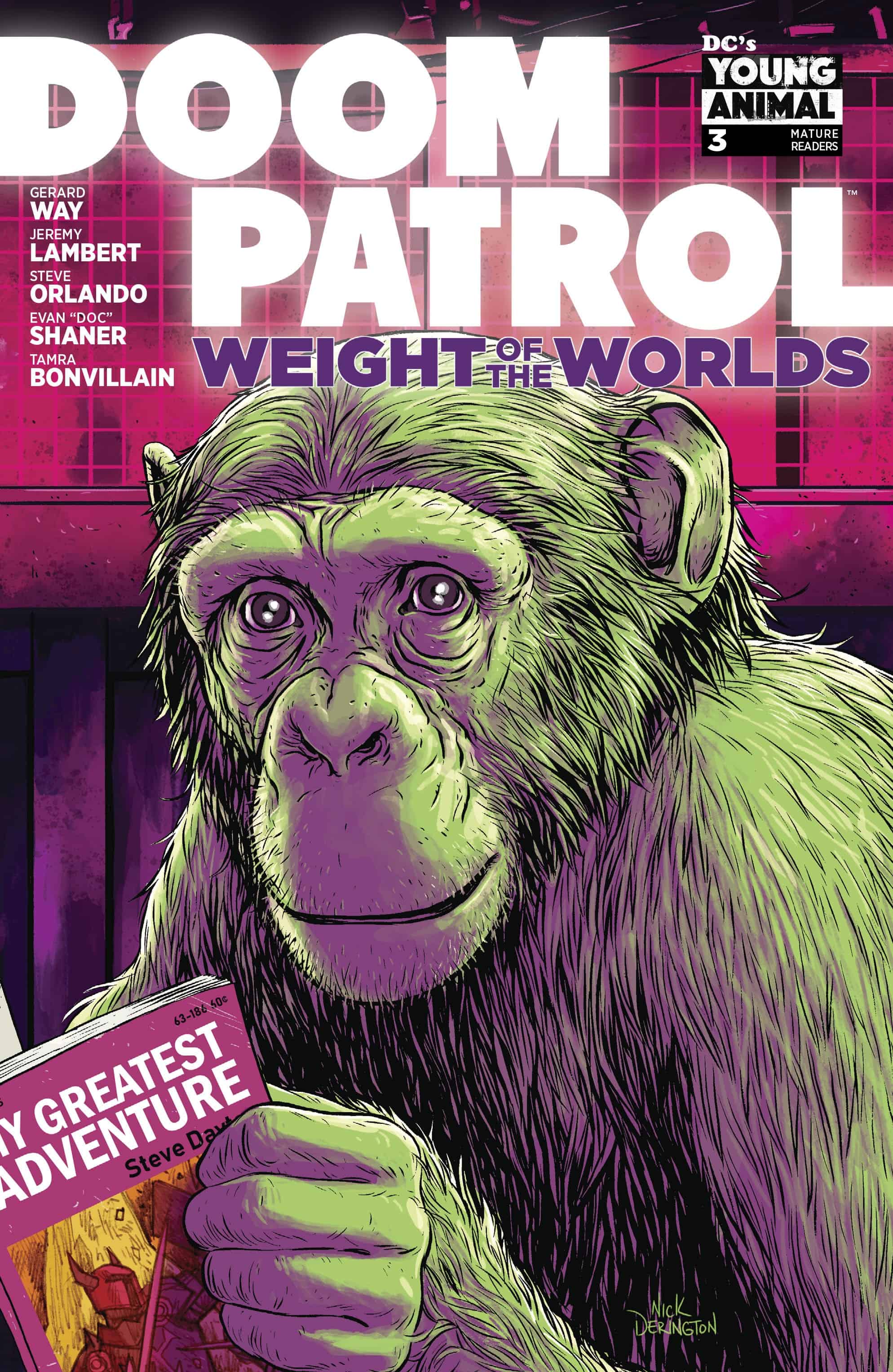 Special 287th-anniversary issue! Someone in the city of Goliath is killing cops—robot cops, that is!—and it’s up to the Doom Patrol Detective Agency to find out who...but their only clues are pages torn from a pulp paperback littering the streets of this neo-noir nightmare of a city. The secret of Goliath will die along with their hope of escape unless the team can band together once again, just like the old days.

Brace yourselves, this one isn’t just weird, it’s a twisted psychological imagining of a futuristic Doom Patrol team that blends both mystery and drama to keep you on the edge of your seat. 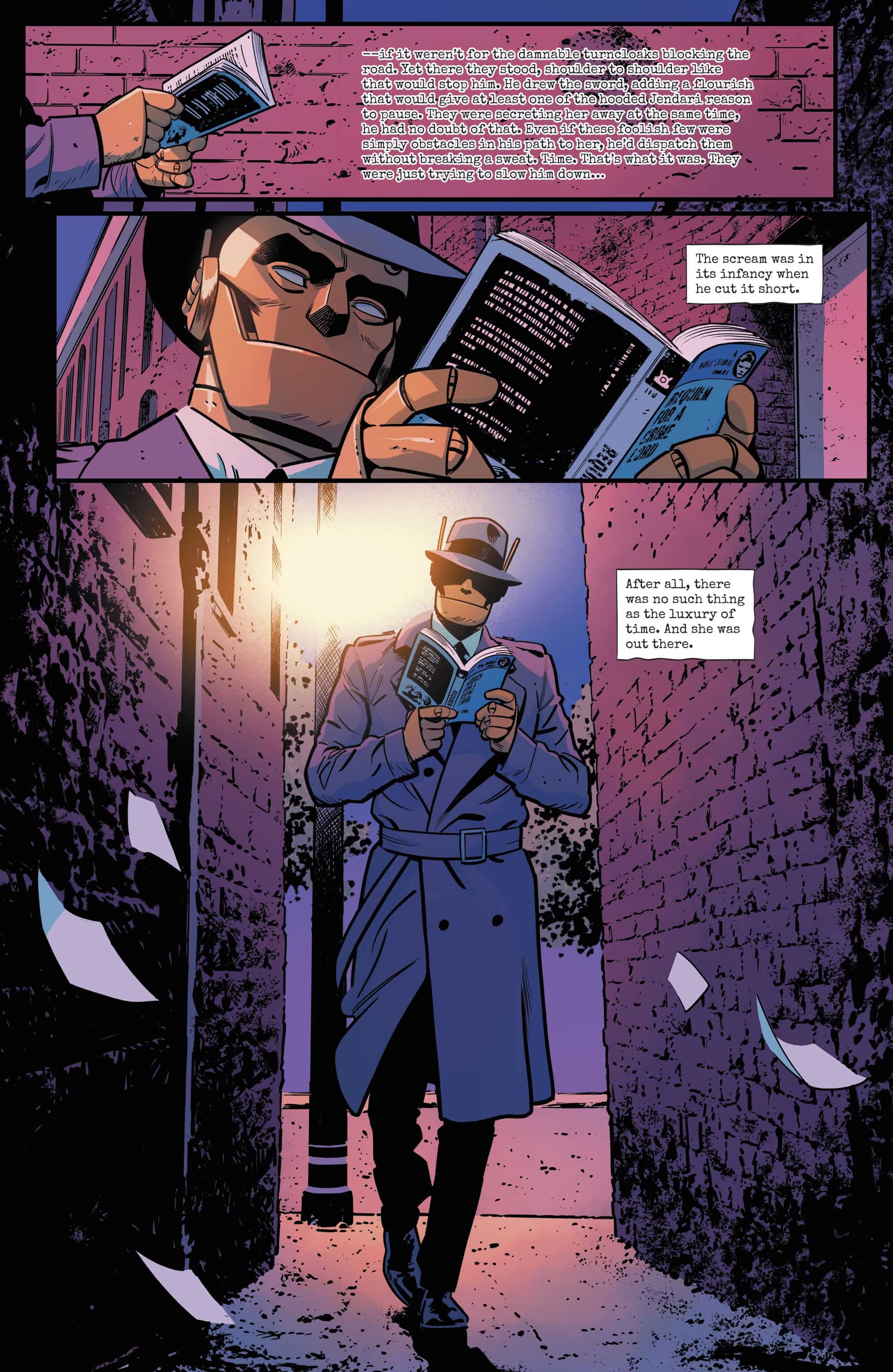 If you feel lost diving into Doom Patrol Weight of the Worlds #3, don’t feel bad, it is intentional for what this story hopes to accomplish. We are thrown right into a story that claims to have originally appeared in Doom Patrol #172 published during the year 2031, and although we may recognize the various members, they have all been changed deeply by the years passed. What is the purpose of such a drastic time jump though? While we may not figure that out until right at the very end of this issue, this creative team does a magnificent job of keeping you invested long enough for it to make sense.

The purely fictitious issue references and character notes help to give insight into some of the more shocking revelations like Beast Boy being adopted by Rita and Larry Trainor, but it’s also a unique quasi fourth-wall breaking method of using the comic book medium. This type of storytelling feels right at home in the Young Animal imprint as well as in a Doom Patrol series. Though it can all be a bit jarring, the result ultimately feels worthwhile.

The artwork remains consistent in this issue, giving beautiful colors and epic visuals, this time capturing a retro futuristic aesthetic that is incredibly enjoyable. However, the real standout is letterer Simon Bowland, who takes what was once a weak point in the series so far and turns it into something that finally feels right. With all of the creative elements now flowing more smoothly, the visuals should only continue to get better from here on out.

Overall, yes, this is a weird comic. It might even be TOO weird for some casual readers and potentially longtime fans of Doom Patrol. But it captures the heart of this team, relinquishing the rainbows and cutesy one-shots for a story that sees the team facing the destruction of everything once again. With the addition of Steve Orlando to the already talented writers team of Gerard Way and Jeremy Lambert, Doom Patrol Weight of the Worlds #3 sets the foundation for an interesting story, but we won’t know the true payoff until next issue and beyond.

Yes, Doom Patrol Weight of the Worlds #3 is a weird comic, but it captures the heart of this team and proves this series isn't all sunshine and rainbows.

Doom Patrol Weight of the Worlds #3: Once Upon a Time