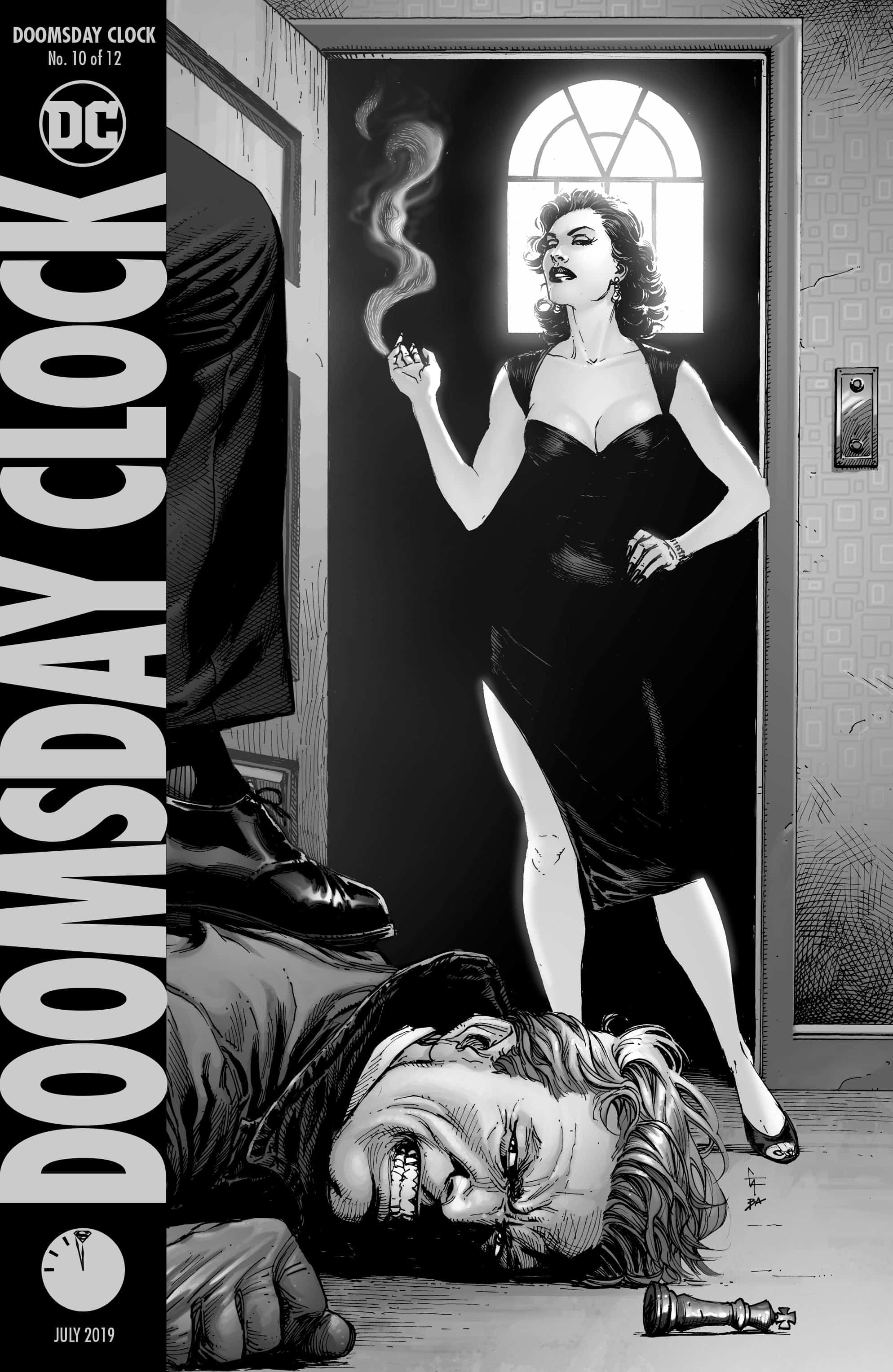 Witness the birth of understanding as Doctor Manhattan recounts his earliest moments in this corner of the multiverse and begins to work out why this particular world doesn't behave like the others. This issue changes the way we view comics continuity forever and it all revolves around Superman. It is April 18th, 1938. 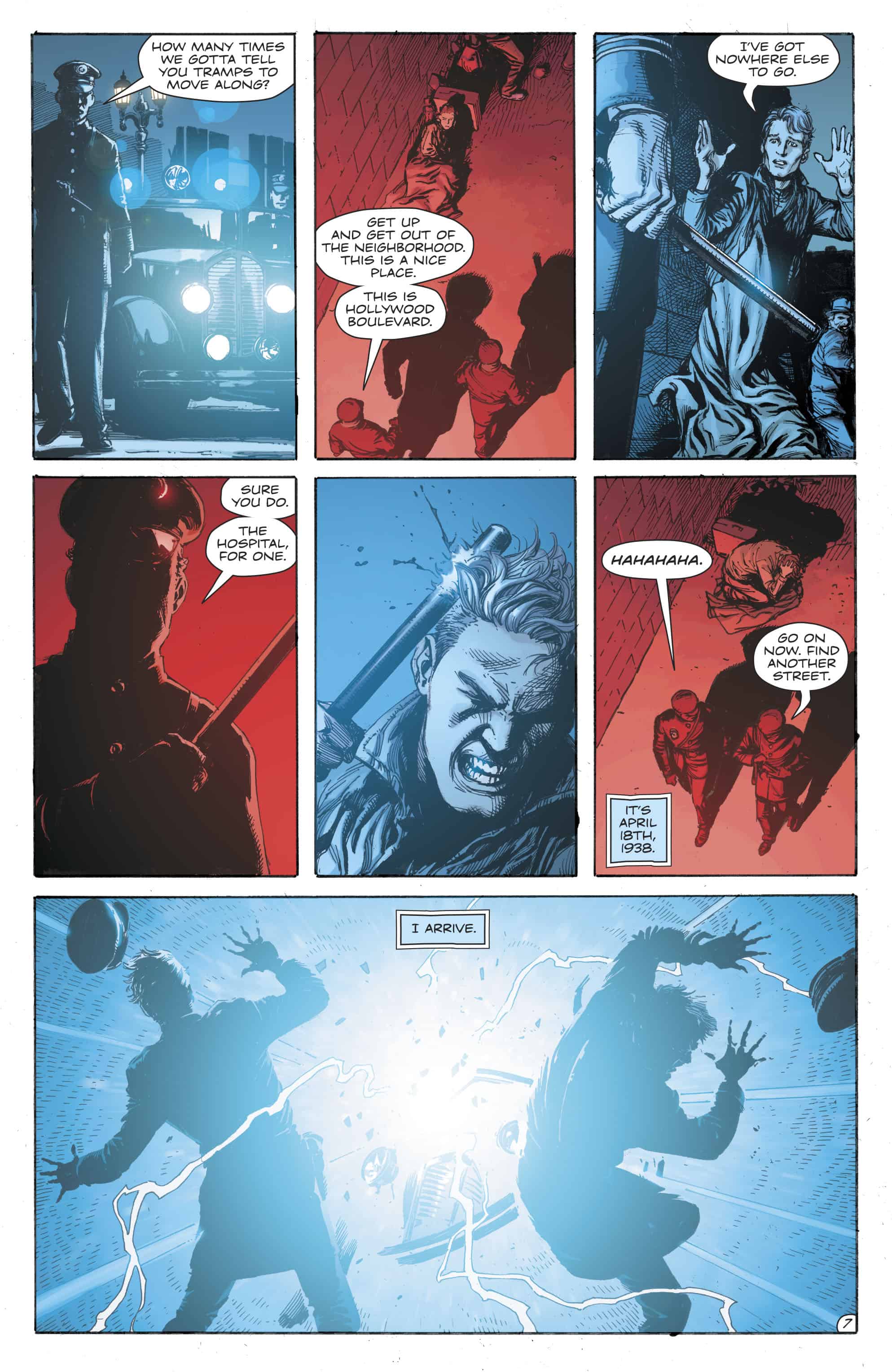 It is difficult to find the words for what has been crafted and established in this issue of the game-changing Doomsday Clock series. This issue transcends story. It is, by its very nature, a metanarrative, but also so much more. It is a salve. A tincture. A cure. A cause. 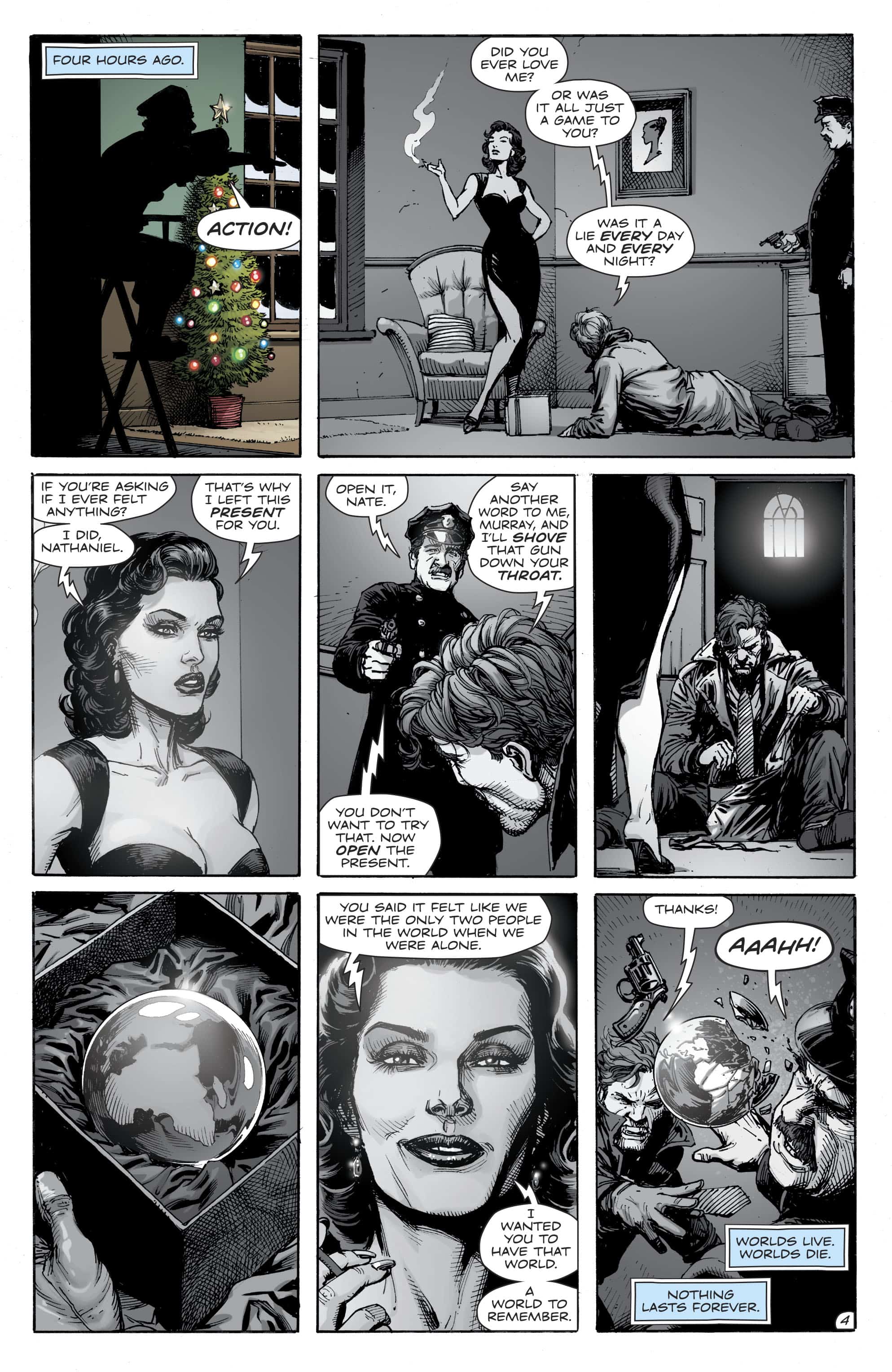 Sit around any comics shop long enough and the arguments begin. Pre-Crisis versus Post-Crisis. Silver Age versus Bronze. Everybody has their moments in continuity they gravitate towards– the wish that creators would not change history to forge a future. But comics, by their very nature, defy these principles of continuity. How can an inconsumable object also always be contemporary, yet still move forward? How can Superman exist in a pre-World War II world and a post-Internet age at the same time? The solution to this temporal paradox (as Umberto Eco called it back in 1976) has always been about navigating an almost dream-like state of comics narrative. Then, in 1985, the Crisis came and overturned everything. 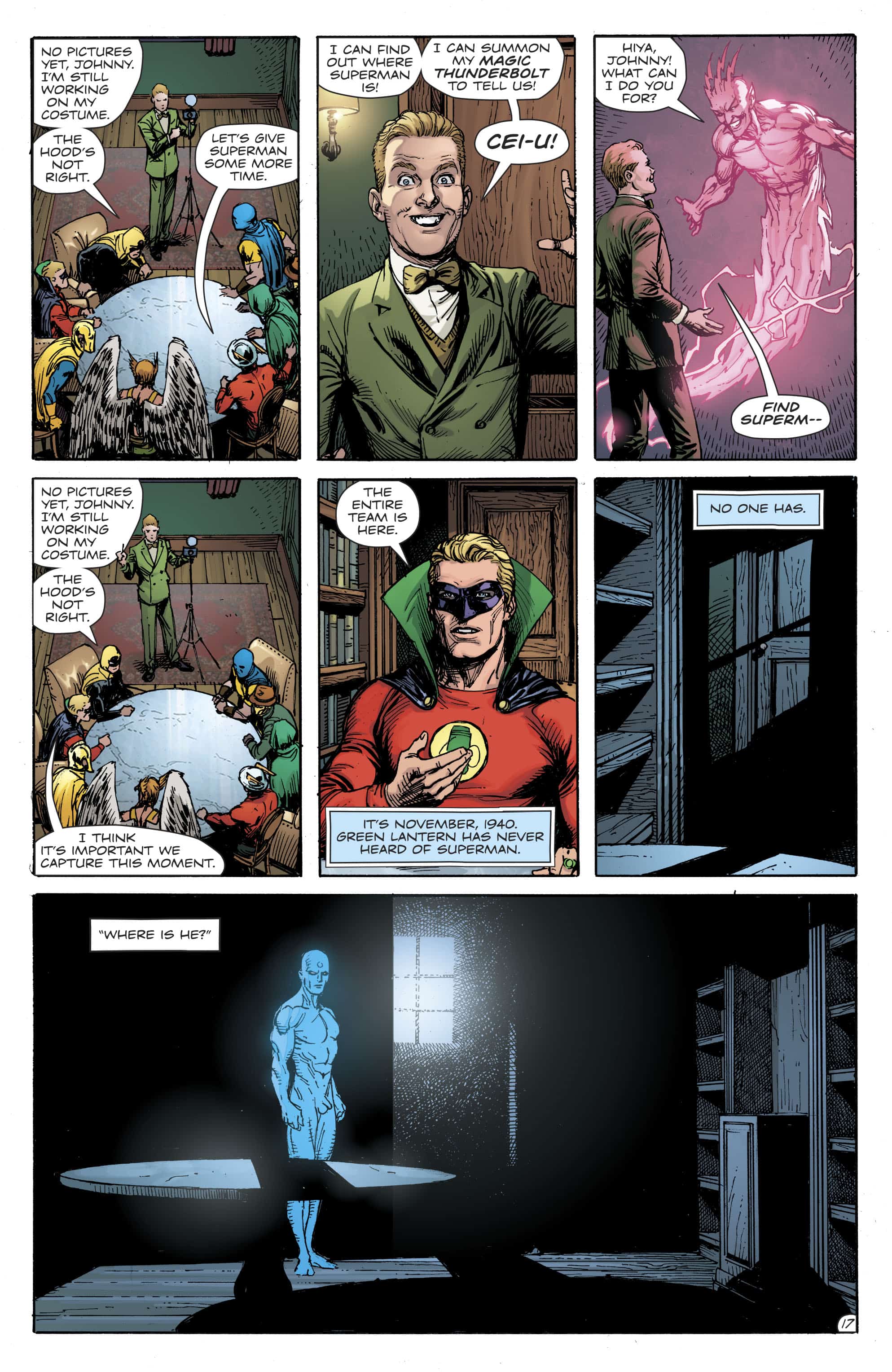 With the release of Crisis on Infinite Earths, DC changed the rule book. It wasn’t the first time they had attempted to bring order to the chaos of decades of conflicting storylines and it certainly wouldn’t be the last, but it was the most comprehensive. Entire histories were shunted through time, characters eliminated or refurbished, universes wiped off the map– the root of all arguments, you could argue, lay in the picking and choosing of what to keep and what to alter. Again and again. 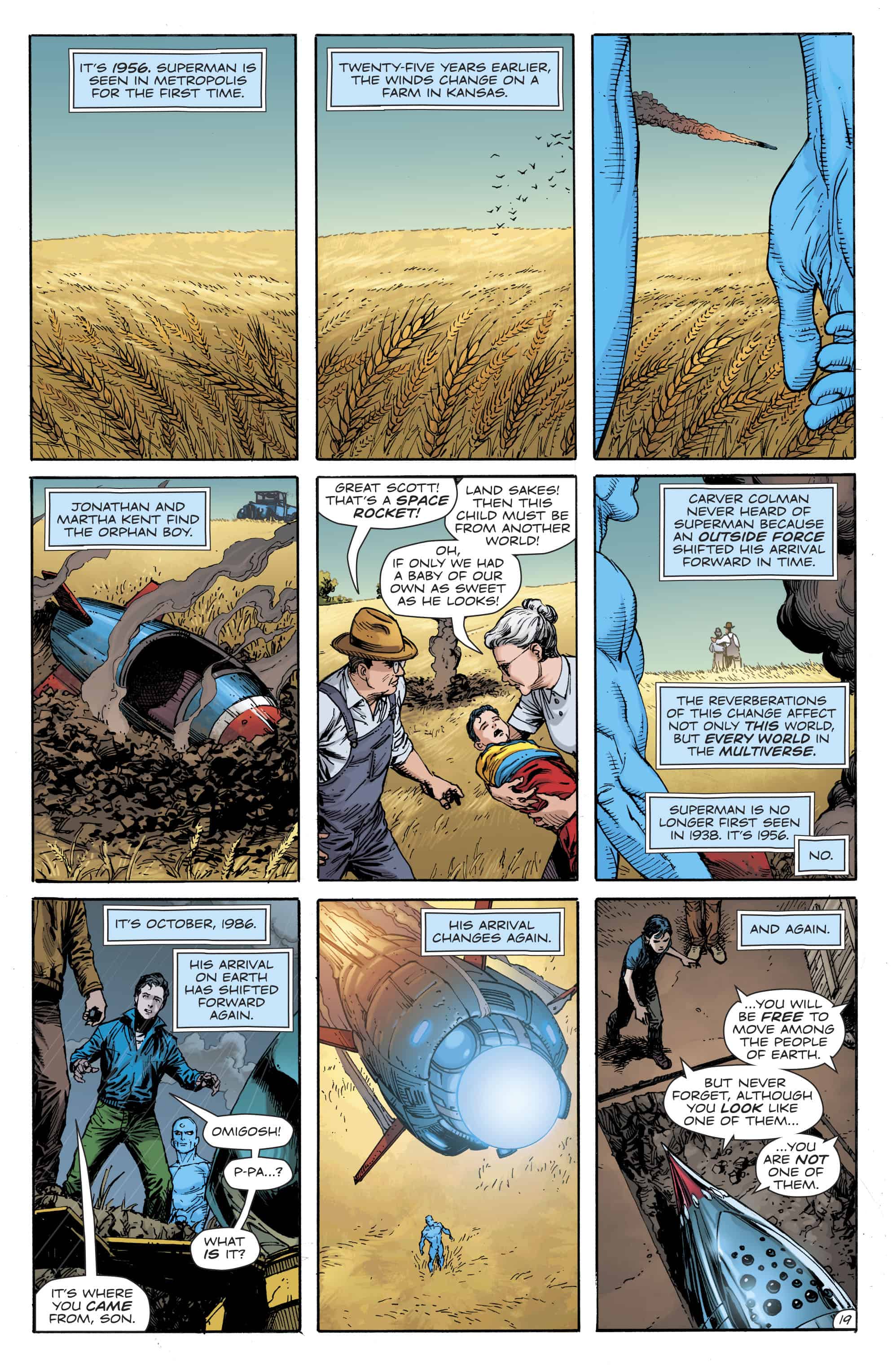 Which brings us to Doomsday Clock. The assertion that “Earth Prime” or “Earth One” or “New Earth” is not a part of the multiverse as we have seen time and again over 80 years of comics is revolutionary. The rebranding of this Earth as a metaverse, a sort of source code that effects the multiverse is nothing short of a stroke of genius. This move centralizes the notion of story, not as something static but as a living, breathing organism. The story can be altered. The narrative can be spun. The being of inaction, as Manhattan refers to himself, becomes the catalyst for all action as he plays god inside the vast machine that is the superhero genre, born on April 18th, 1938. 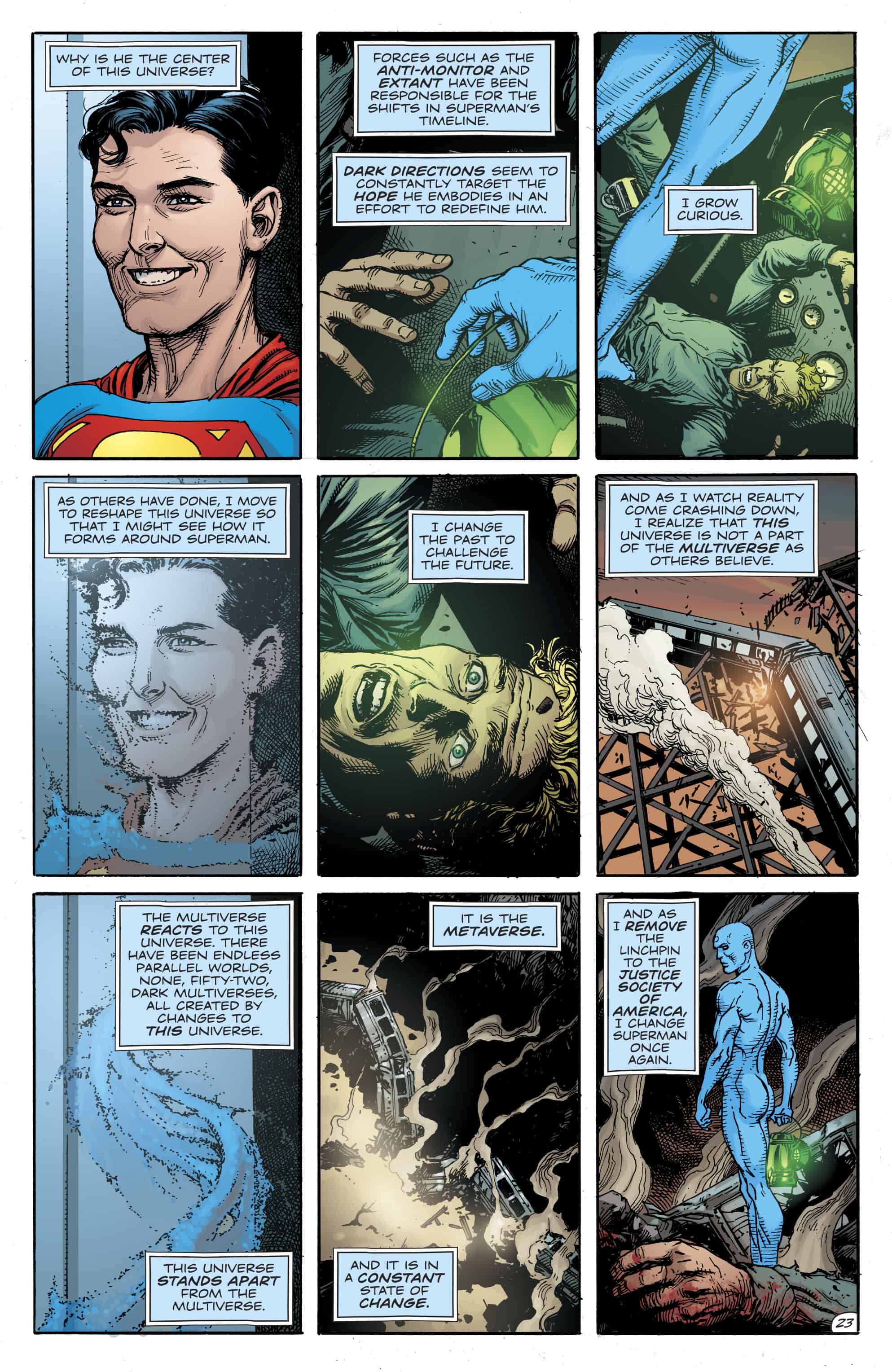 And, as all study of comics and the nature of the medium naturally do, the story comes back to Superman, that Last Son of Krypton who sparked a massive cultural phenomenon unlike any other. Move that one piece and the entire structure of an art form changes. And if history has taught us anything up to this point, it’s that the piece will be moved again, perhaps soon.

Doomsday Clock #10 re-evaluates everything we thought we knew about the DC Universe. A must read issue from Geoff Johns and Gary Frank.