DUNE: BLOOD OF THE SARDAUKER #1 : Acts of Honor

DUNE: BLOOD OF THE SARDAUKER #1 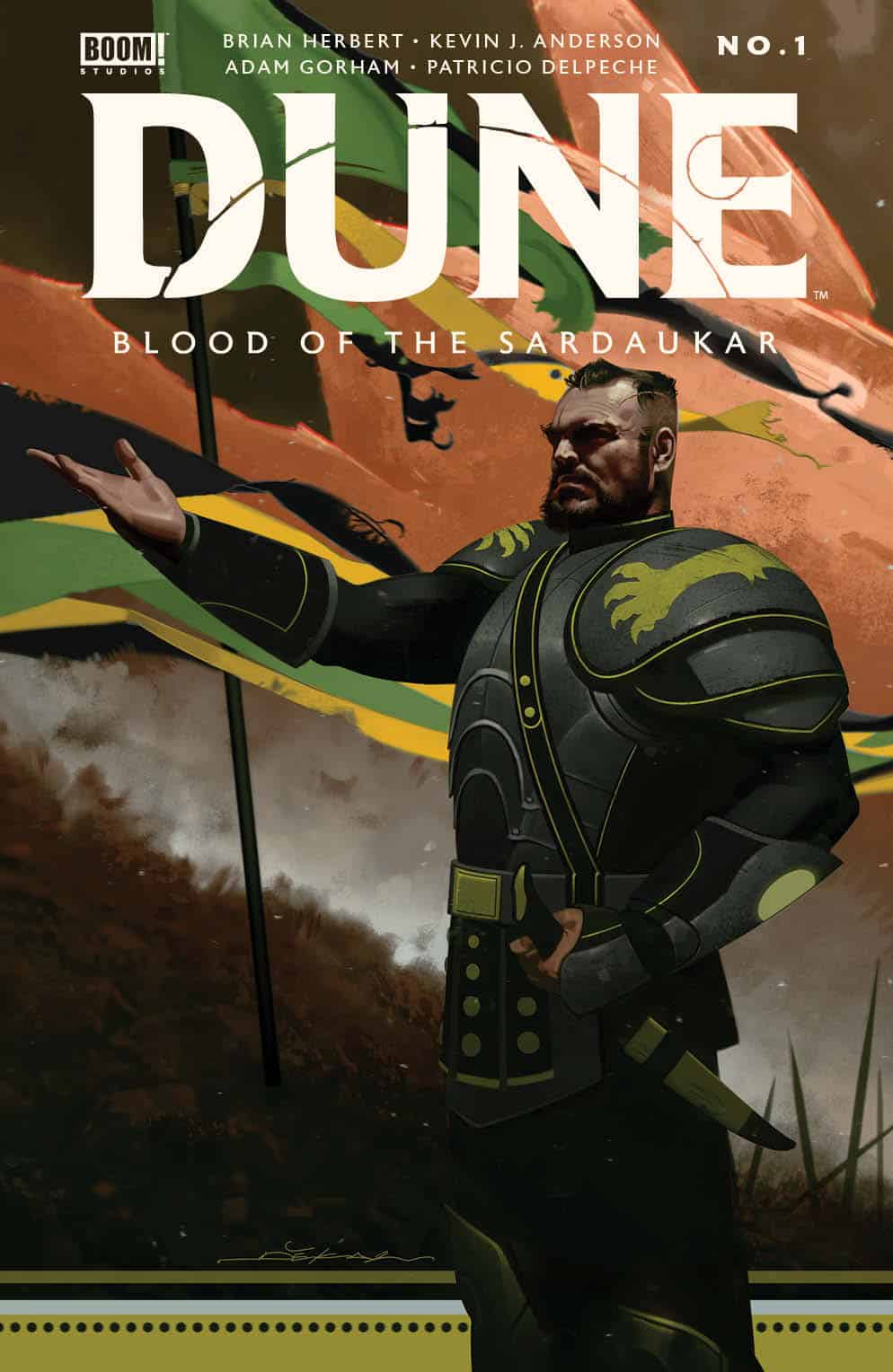 When the choice is vengeance or honor, which lies at the heart of a Sardaukar? Jopati Kolona one of the Sardaukar: the emperor's elite military unit. The Sardaukar are unbeatable, unbending in their devotion to the emperor, and feared throughout the galaxy. When Jopati meets Duke Leto of House Atreides, the house he believes responsible for the destruction of his home planet and family, he will be forced to question a life-long hatred. Tasked with overthrowing the Atreides stronghold on Dune for his master, Jopati will be forced to choose between duty and forgiveness.

Acts of honor among men of honor is the driving theme in this entertaining vignette. Herbert and Anderson transport us to the night of the attack on House Atreides on Arrakis seen through the eyes of one of the Padishah Emperor’s elite fighting men, known as the Sardauker: Jopati Kolona. They weave an entertaining and credible history for the Sardauker lieutenant with the bloody night House Atreides falls. It accurately captures several themes that are present in the original books if you read them as it explores familiar territory from an alternative perspective and viewpoint. That’s perhaps my favorite thing about the story itself is the nods to those themes.

Things like the Honour of the Atreides, the deadly capability of the Sardauker as a fighting force forged on the hell planet of Salusa Secondus, The plotting, and machinations of the imperial court. These are all themes that are spoken about and form part of Frank Herberts original set of books (Salusa features quite prominently in Children of Dune…I see you Adam Gorham and your Laza Tigers) and it’s gratifying to see the story stick to those while providing this small additional piece of canon at a time when a great many new people will be introduced to the mythology of Dune through the upcoming movie. 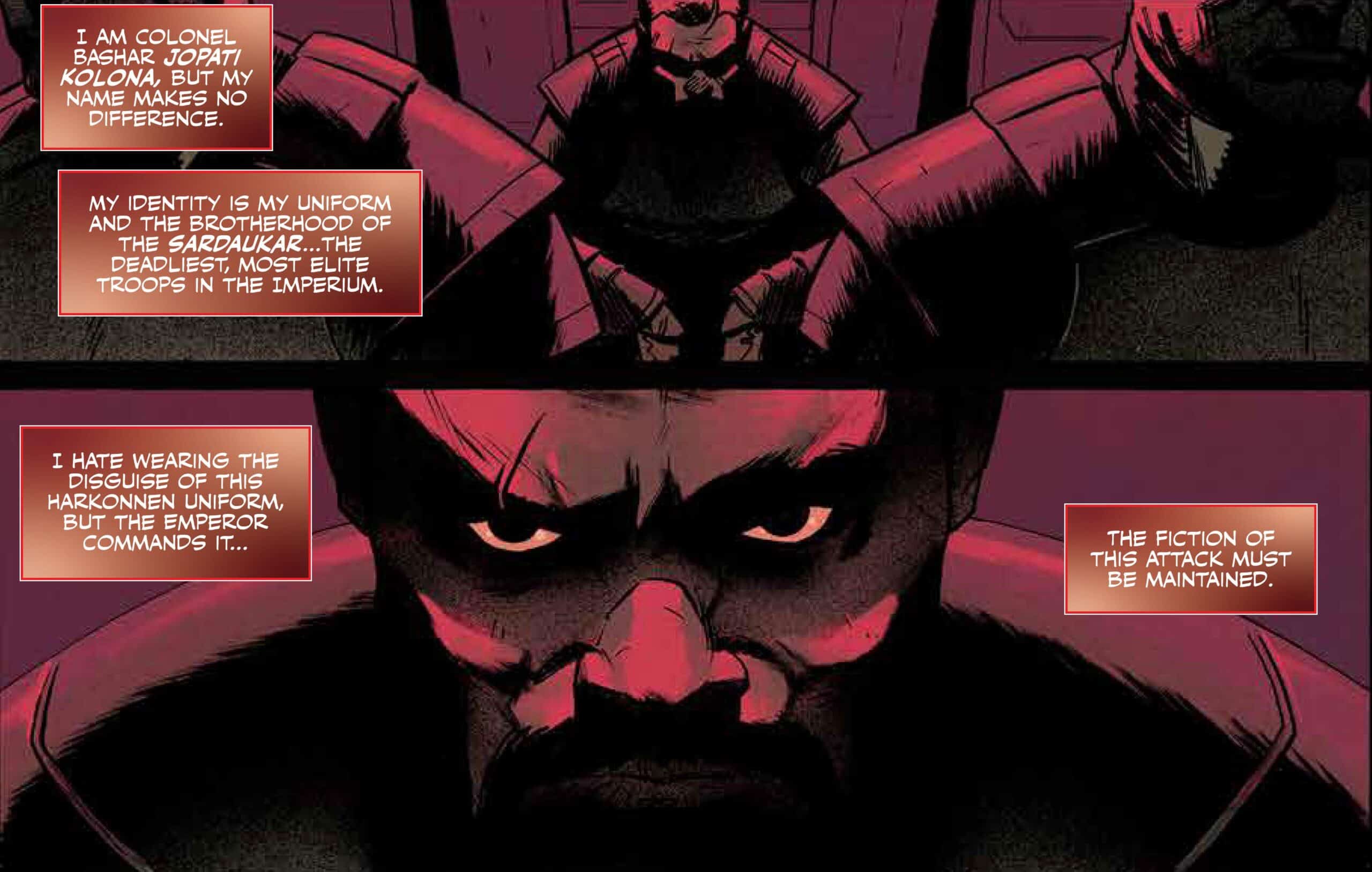 Ultimately Jopati’s story is fairly straightforward but its impact in the grand scheme of things is huge if you choose to acknowledge the fact that his act of saving a certain Ginaz Sword Master is what ultimately saves Paul and Jessica if you place it on the same timeline as the rest of the books. The journey of watching Jopati’s hate become grudging respect as he learns that his hate for House Atreides was misplaced is worth the price of admission alone. This is the story of men of honor and how those men often have to serve men who are without honor and how they must serve the will of those masters yet still commit acts of defiance in the name of honor for a debt unknown to anyone but themselves. 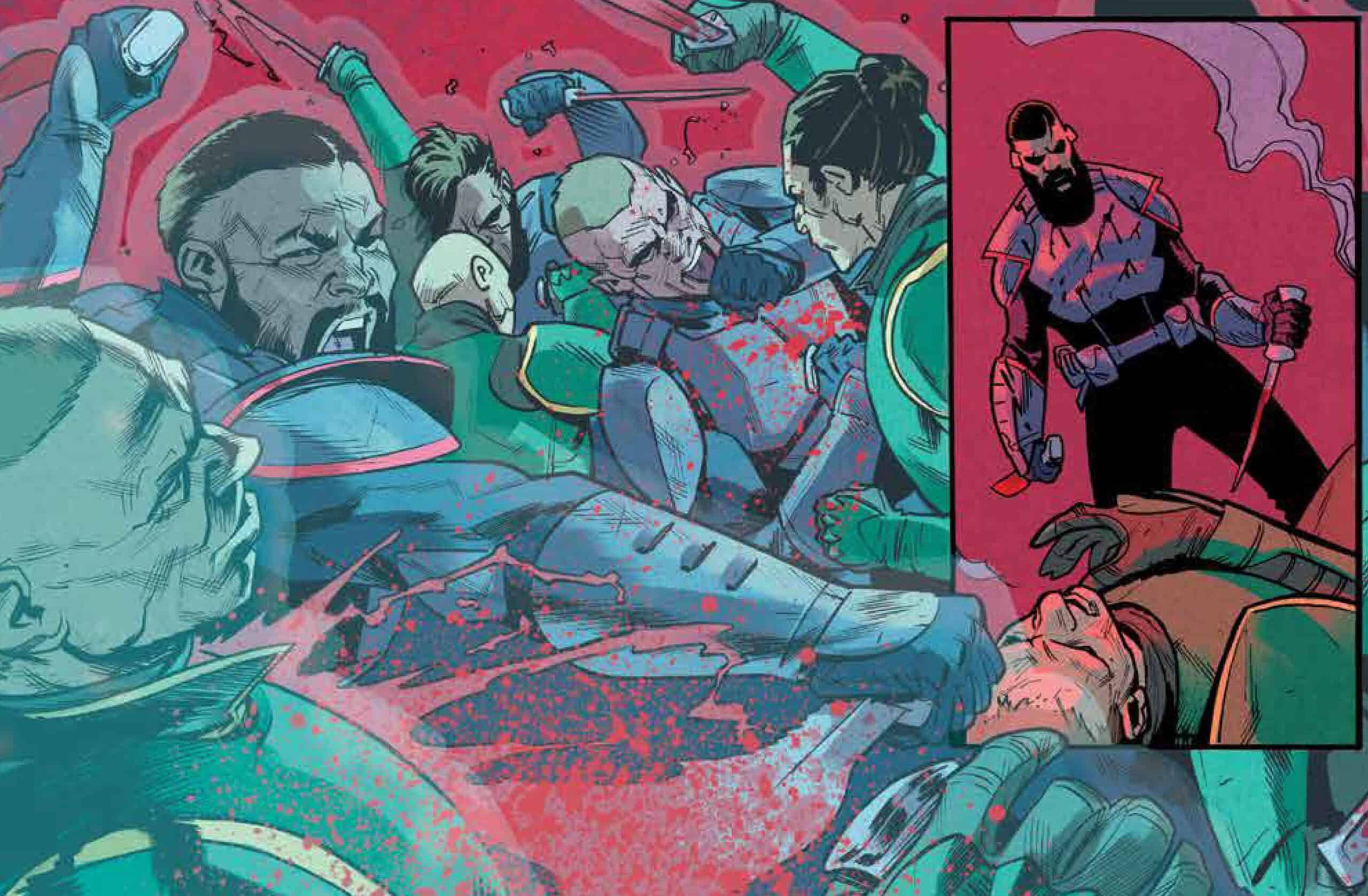 It’s a thumbs up for the art as Adam Gorham brings the Imperium to life. I am a huge fan of Gorham’s art since he wowed us with New Mutants: Dead Souls and this one-shot does nothing to disabuse me of that opinion. Gorham along with the colorist Patricio Delpeche captures the worlds of this universe exceptionally well, from the sandy streets of Arakkeen to the bright lights of planet Kaitain to the bleakness of Salusa Secondus to the newly revealed world of Borhees, they paint a believable universe recognizable from the writings of Frank Herbert himself.

I’m also pleased to see the look and feel of the previously released HOUSE ATREIDES permeates both the art and the design of the comic as well for a feeling of definite and solid continuity of look which adds to the believability of the story.

Gorham does close-quarters action just as well as the big spreads and knows how to pack punch into both the close combat panels and the scenes of violence with dynamic paneling and strong facial expressions in the close-ups. Delpeche uses a full spectrum of color to accentuate the mood of the moment we find ourselves in. Dark mauve’s and reds during the violence and bright harsh yellows and browns on Salusa Secodus are examples of how color adds psychological impact to everything Gorham is doing with the line art. Ed Dukeshire is rock solid on lettering and of course Jeff Dekal’s cover is as usual a thing of “frame and put on your wall” glory.

Dune Blood Of the Sardauker #1 is a straightforward but very well executed alternative perspective story which sticks very accurately to the ideas and themes of the original material. It explores the idea of honor among men who serve men without honor and how a debt of honor unknown is repaid in a small act of (unknown) defiance that ultimately can be argued has huge long-term consequences for readers familiar with the canon of the novels.

DUNE: BLOOD OF THE SARDAUKER #1 : Acts of Honor