DUNE: THE WATERS OF KANLY #2: United through Cruelty

DUNE: THE WATERS OF KANLY #2 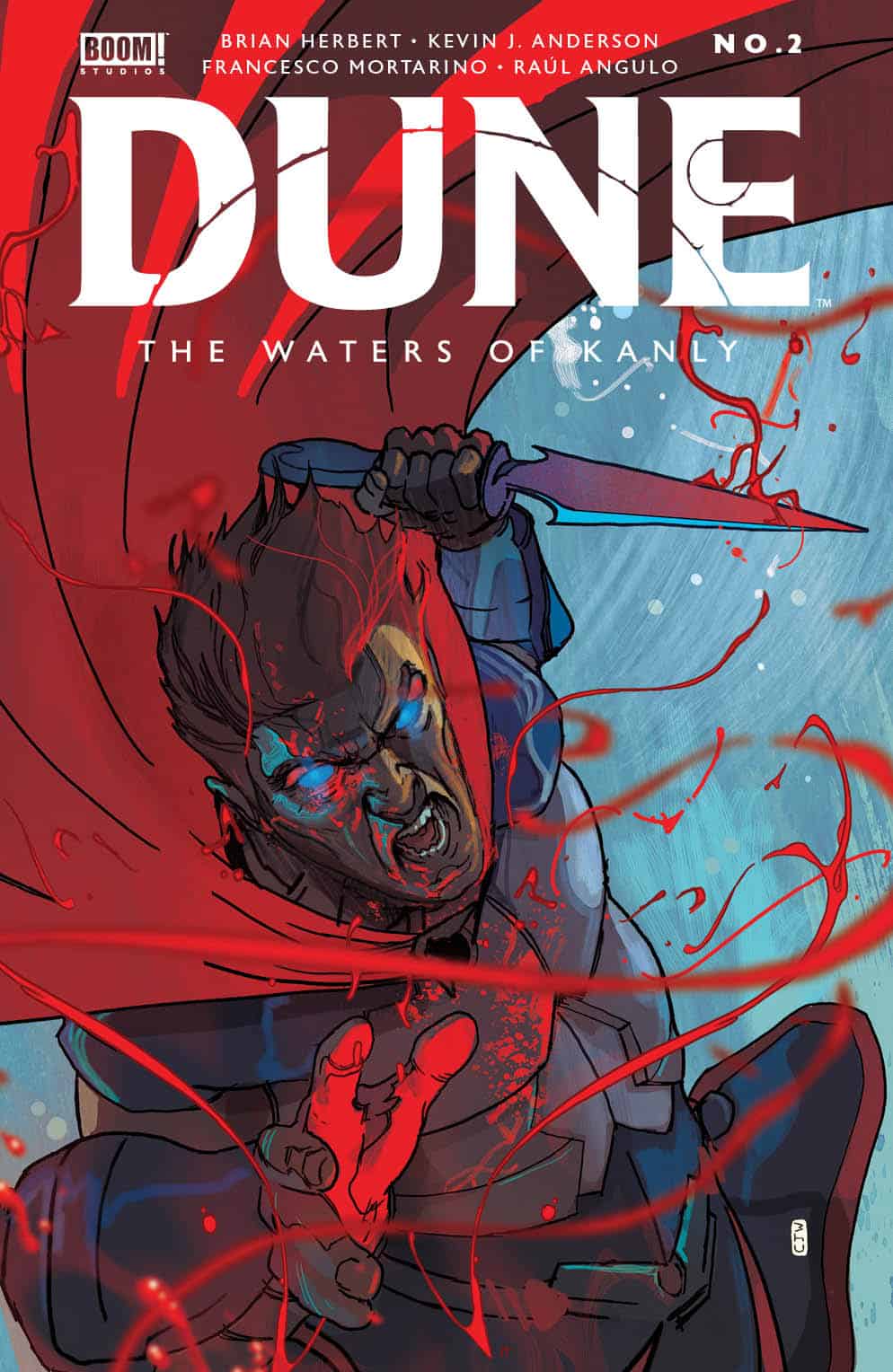 House Atreides is all but shattered, forcing Gurney Halleck to lead the survivors in a desperate mission to steal resources vital to their plans for revenge. His plan puts them on a collision course with not only the brutal soldiers of House Harkonnen, but the all-powerful Spacing Guild itself!

Issue two follows Halleck and his plans to embarrass the Harkonnen’s, it’s a slower issue that takes the time to focus on how the cruelty of the Harkonnen’s unites some of his fellow smugglers, who were not interested in his revenge plan, the Fremen and even the people of the villages in getting the melange bribe they need to buy what they need from Count Fenring to enact Hallecks plan to steal the Harkonnen’s water. Herbert and Anderson focus on language from the book, to remind you of the material this tale is referencing and the mythos it is building onto with terms like Maula pistol. I feel like some of the creative liberties it takes are maybe a step too far. I’m not a fan of the idea that the Fremen would just throw in with the smugglers because a village was destroyed, it puts the canon of how Paul reunites with Gurney in dispute in the book. If the Fremen united with these smugglers and villagers, there is no way they would forget that and attack the same smugglers later on. Aside from this plot point niggle for me, the rest of the issue trots along briskly as Halleck gets what he wants from Fenring and the plan is set in motion as Halleck and his troupe head into space. The interactions between characters are solid although Halleck feels written way too dry and pedestrian in this issue with little sign of the  character from the books that had a poetic quote for everything. 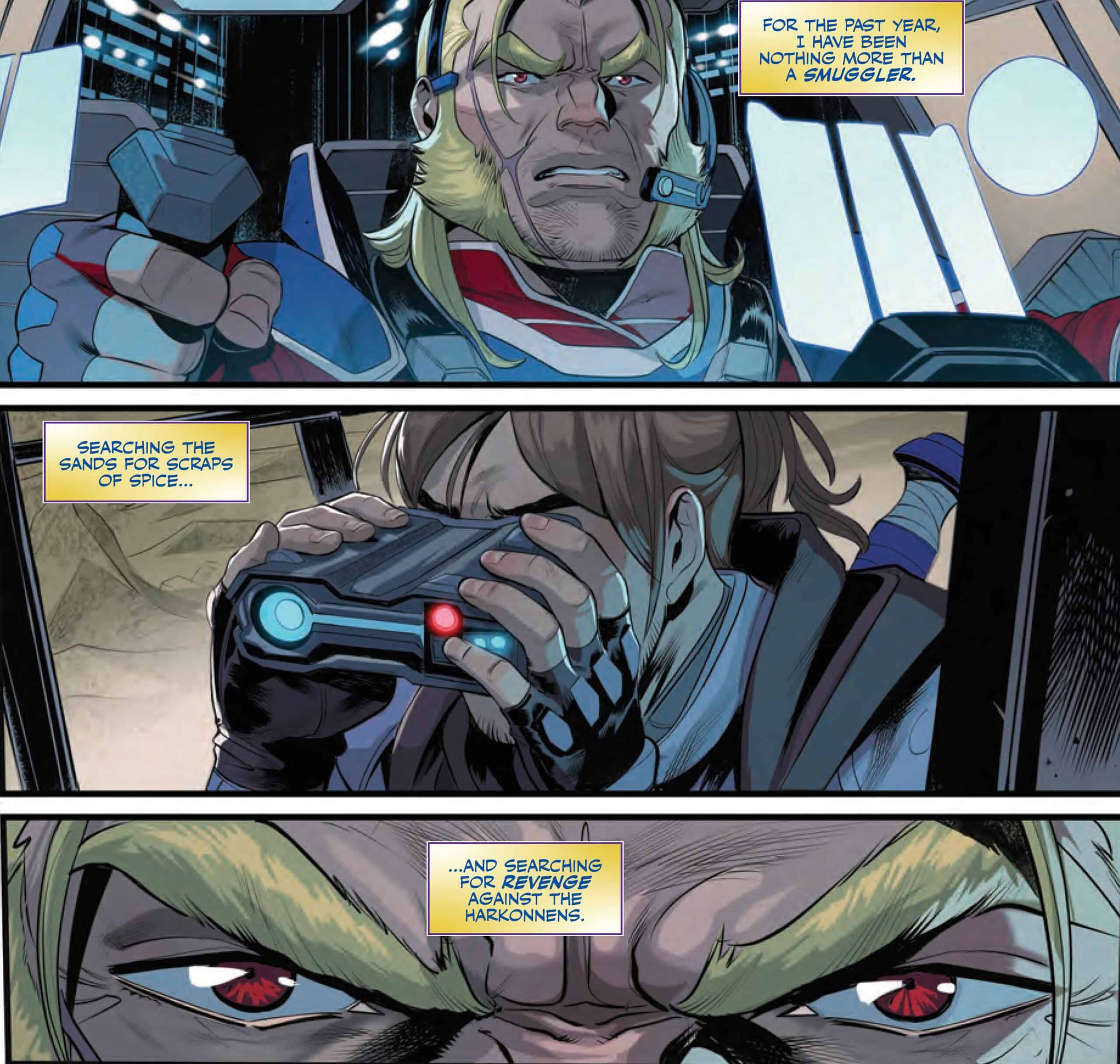 Art wise, issue two is stronger than issue one. It feels like Mortarino and Angulo hit their stride awith this issue. Every page and ever panel is crystal clear with clean lines and solid colors. It’s probably the most colorful version of the Dune universe we have seen to date in my opinion. Mortarino also draws really superb Guild Heighliners which Anjulo lights up with with his colors against the sea of stars above Arakkis. The art outpaces the writing this issue which is disappointing and I hope the next installment will recapture the imagination. This series continues to have remarkably good covers and this issues main cover by Christian Ward is no exception.

This installment is a slower affair with a particular plot niggle that some may struggle to get past and fails to capture the character of Halleck in any way that feels meaningful. Still, the art elevates the rather pedestrian script enough to keep ones interest in what will happen next.

DUNE: THE WATERS OF KANLY #2: United through Cruelty