ECHOLANDS #4 Rolling in the Deep 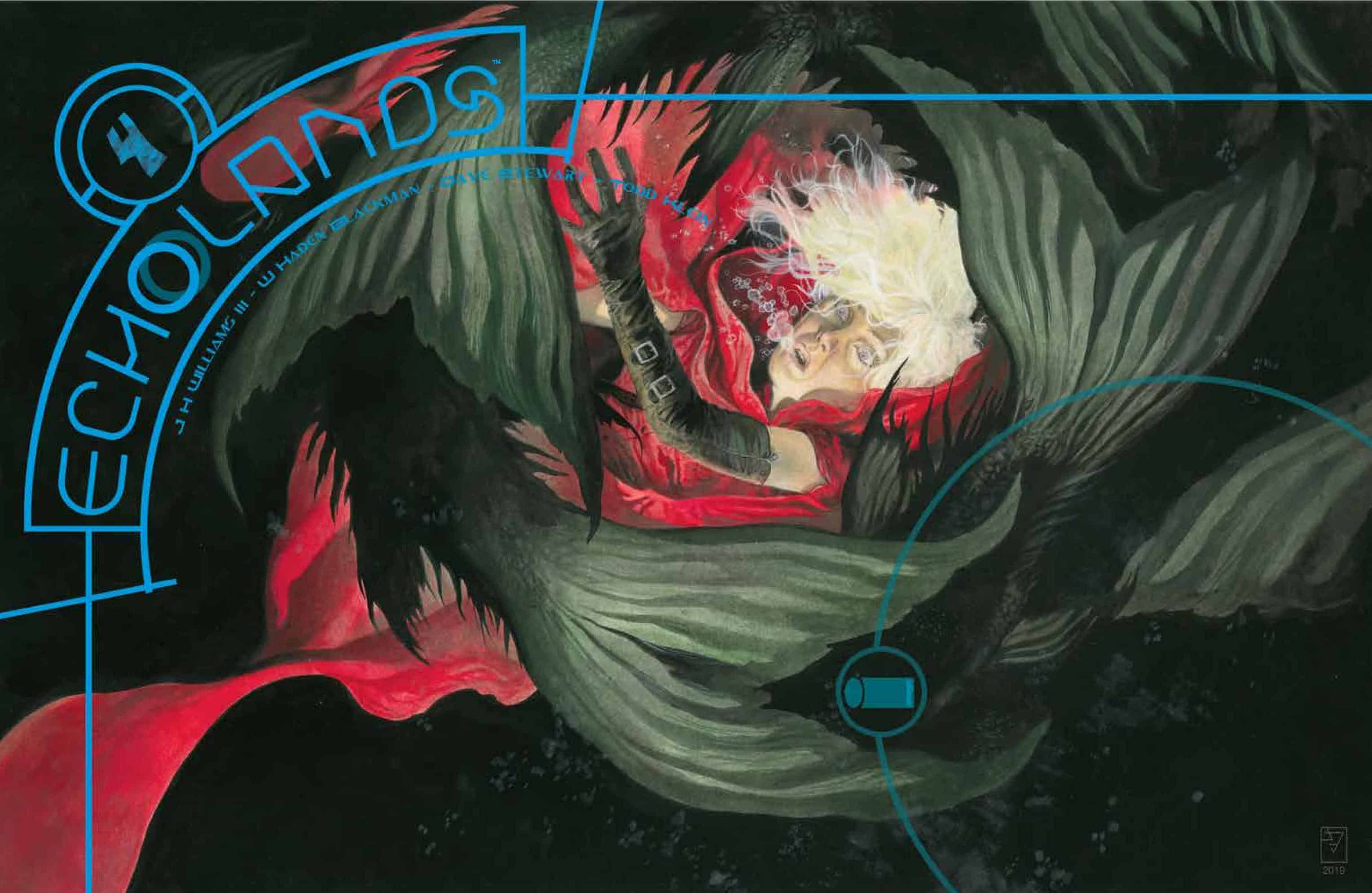 Hope Redhood and her allies have been pursued by a violent golem, attacked by a giant sea serpent, and imprisoned by a former friend. No matter the threat, the team is determined to discover the secret behind Teros Demond’s stolen gem. But when an unexpected clue arises, they’ll have to brave the depths of the ocean to face their future with the enigmatic Oracle.

Wherever Hope and her companion go, death and destruction follows…Williams III, Blackman and the rest of the team don’t let up the pace in the opening of issue four as the companions flee the pursuit of Teros Demond’s relentless daughter who continues to carve a destructive path through anything and everything in pursuit of Hope and the stolen Gem. Hope once again proves she is both a blessing and a curse as her inability to control her dark gift puts her companions once again in jeopardy but at the same time we learn that Hopes stolen gem is also a key that helps the companions puts some distance between themselves their seemingly unstoppable pursuer only to encounter another threat which sees Hope lose control again and results in several more injuries to the companions and more infighting in the group. 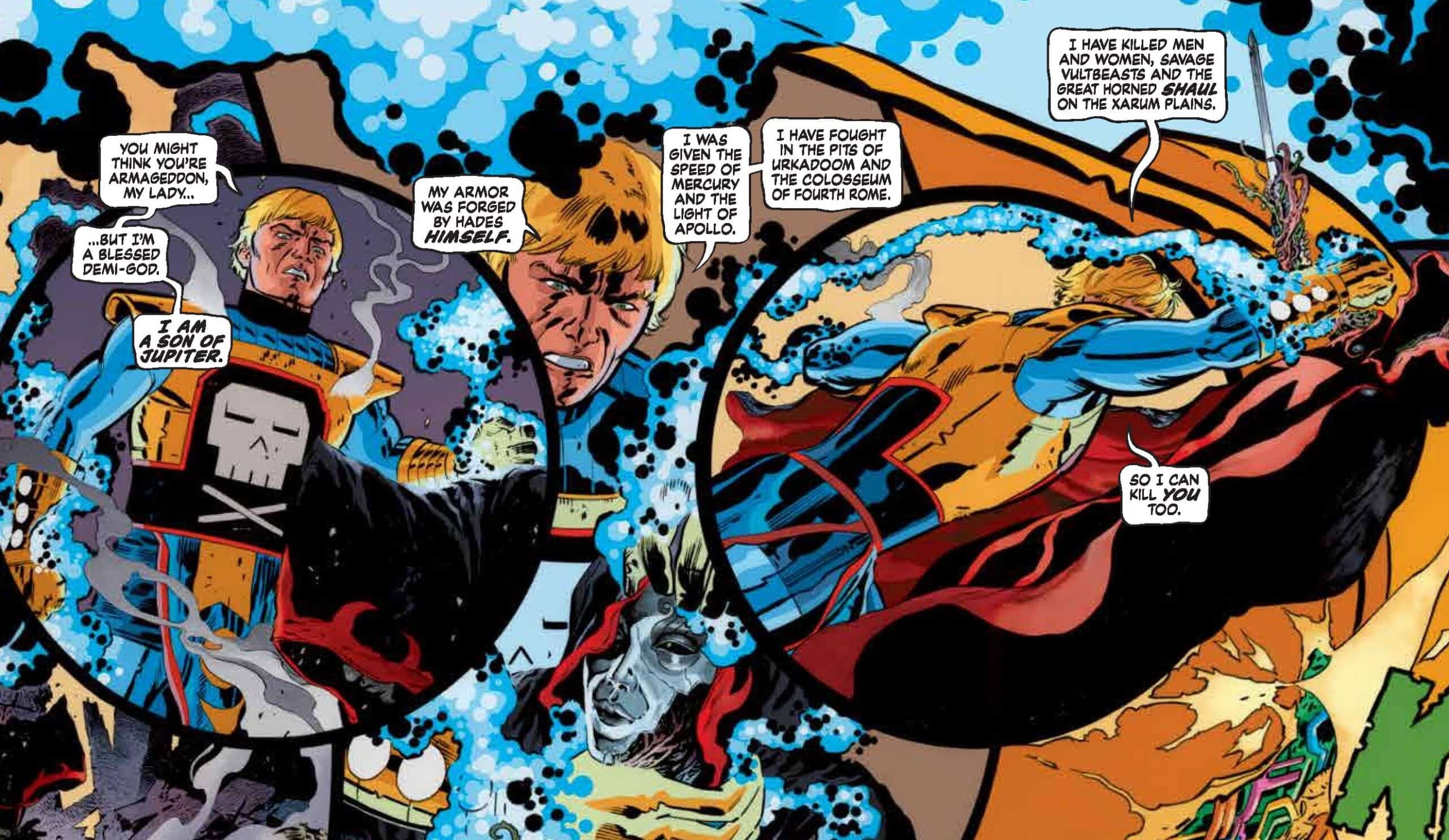 After Hope’s episode Williams III, Blackman and the team slow it down and get a little bit meta as they introduce our psychic Metaphysicist, who has been our guide to future issues at the end of the every issue, as an actual character. Hope continues to be an enigma that may end up destroying them all as the latter half of the book teases pieces of everyone’s past as the companions get a moments respite, healing and food from the Metaphysicist before he offers them a transport to keep moving. 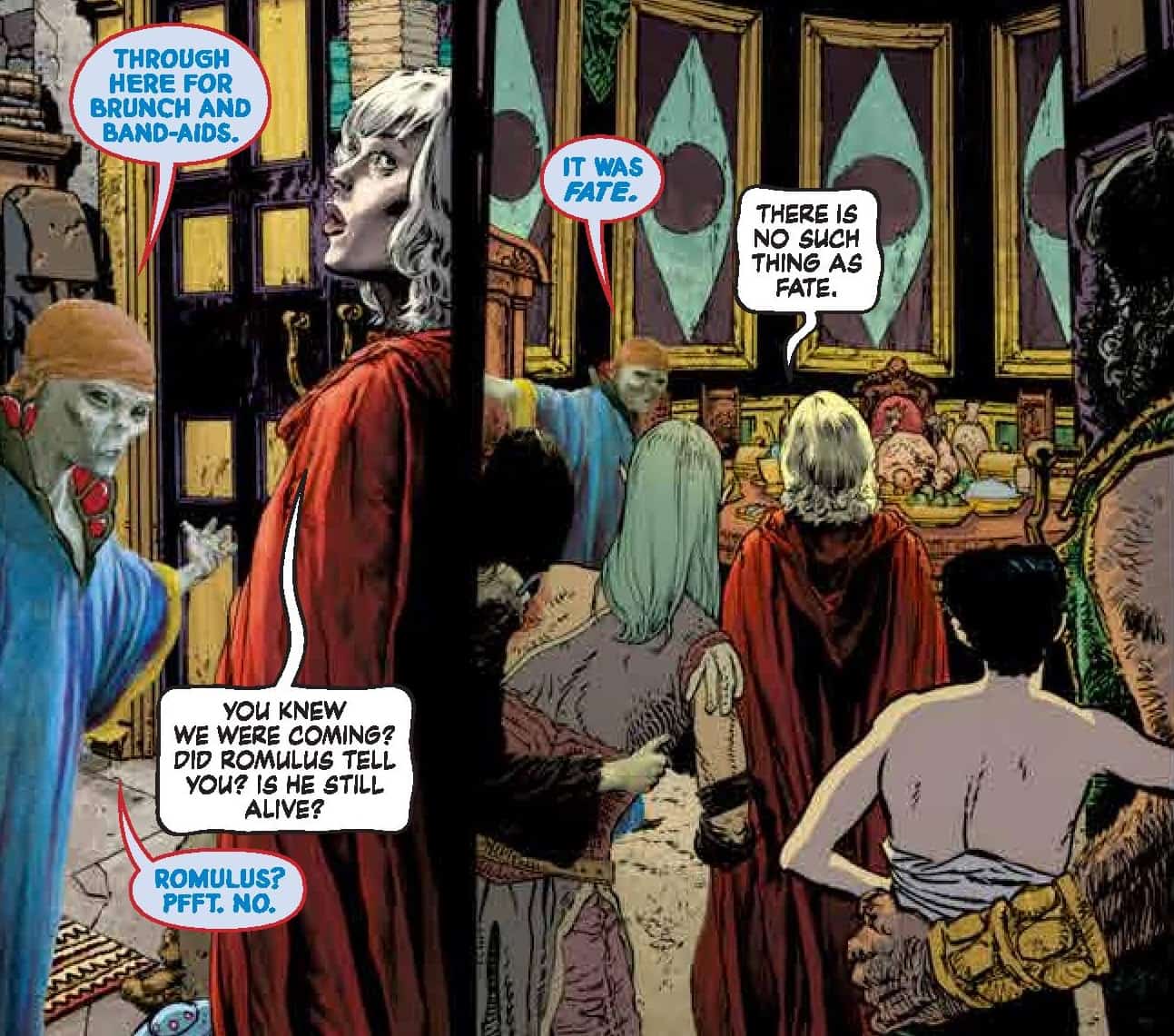 The art in this book is absolutely faultless. In fact every single component from the art from Williams III to the coloring from Dave Stewart to the paneling as well as the lettering from Todd Klein is an absolutely perfect as each page blends into the other in one superbly rendered 17 page connected single image narrative. What always thrills me about this series is how the creative team brilliantly evokes so many different fantasy, horror and sci-fi genres as you journey through each issue. Romulus evokes Jack Kirby’s Eternals and New Gods, while the companions journey along the bottom of the ocean through giant underwater mushroom and plankton gardens has shades of Jules Verne’s Journey To The Centre of The Earth and the Rocket that The Metaphysicist offers them is a fifties art deco delight that brings back memories of the Flash Gordon comics I read as a child. The book constantly bombards you with new yet very familiar imagery that comes together as something new and unique but at the same time recognizable on both a conscious and unconscious level. I can offer no critique of something I think is absolutely perfect.

The Metaphysicist’s words bode ill for the next issue and of course the interview with Teros Demond continues in prose form. The adverts and cartoon are a delight as always ( I REALLY WANT TO HEAR THE PLASMATONES) and the cover is a 10/10 work of art.

Echolands #4 is another perfectly executed chapter in a wildly entertaining journey that mixes so many different genre ideas together that if it were paint you would expect to end up with a grey mess but instead you end up with something that is all the colors of the genre rainbow at once and its beautiful! Enchanting from start to finish as it plays on your psyche with it's brilliantly executed visuals on both a conscious and unconscious level, still telling a very well paced story packed with all the action and melodrama you could ask for. Quite simply put Echolands continues to be brilliantly flawless and an absolute must read.

ECHOLANDS #4 Rolling in the Deep