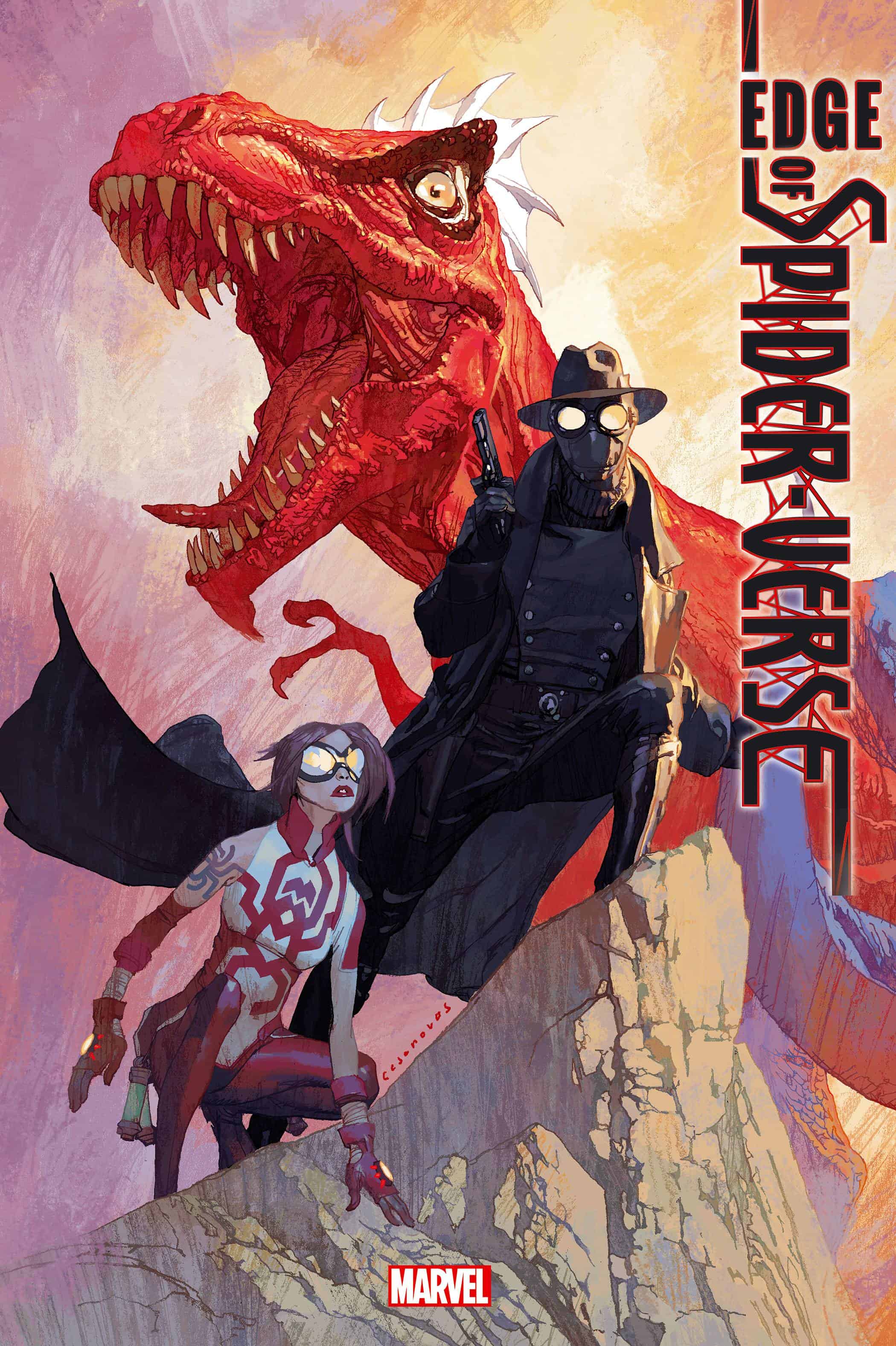 A new threat is coming and Spiders across the multiverse are being brought to the battle with Madame Web at the helm. New characters and some familiar faces. I am super excited for these new spiders. An interesting addition to the Spider-Verse and in some spots you double take but it is a fun comic. When these four battle together how does their dynamic work and who else could you through into the mix to balance out this incoming Spider Army!

Dan Slott has opened up a new world of Spiders EDGE OF SPIDER VERSE #1. The comic starts with a unique spider that I would have never guessed existed that’s fun and the culmination of many stories in the book of the four featured Spider-Men. Slott has an unparalleled idea of what spiders are out there, which makes sense given his long-standing history with Peter Parker and his world. The additions of these characters into the nostalgia and one of the most popular heroes in the Marvel Universe asks the question, “How far can you take the Spider-Verse concept?”

Heroes reintroduced are Arana and Spider Noir. Newcomers include a Scotsman Spider AKA Spider-Laird and hold onto your shorts, SPIDER-REX! Is Slott taking it too far or is he a genius? I personally enjoyed the book immensely. The idea of expanding outside the norm of your universe or the combination of powers and cross multiverse interaction is something I thoroughly enjoy. Marvel has taken a shine to expanding into the realm of possibilities with the multiverse. But the Spider-Verse!! I am here for it.

My favorite new character introduced is quite possibly the Spider-Rex. It’s fun, maybe taken a bit too far but a creative and brave idea. However, the best mini story and intro is probably Spider Noir. Let’s face it, anything Noir is just enticing. It’s sexy and mysterious and full of adventure.

The combination of four different art styles to elevate each Spiders story really sold me, from the dark noir aesthetic to the playful dinosaur vibe. Although at first if you don’t understand what is going on, it can get annoying. Some readers might have trouble jumping from universe to universe in the span of one single issue. EDGE OF SPIDER-VERSE #1 jumps through four universes, as fun as each were and each one so different than the last. It is possible to overextend or overdo any “unbelievable” combination.

The next set of new heroes Madame Web is gathering to fight this massive threat hopefully are worth the hunt. Who else can Slott pull out of his sleeve? And will it be worth the read? If this first outing is any indication, the answer can only be “Absolutely.”

Looking forward to the Scotsman Spider aka Spider-Laird and Spider-Rex and seeing what new characters Slott has to introduce to the Spider Verse. Issue #2 is either going to be a bold and brazen book or a let down. Either way I will be waiting with bated breath to see how to battle goes, does Madame web keep finding more spiders and will they be worth the trouble for the fight ahead.