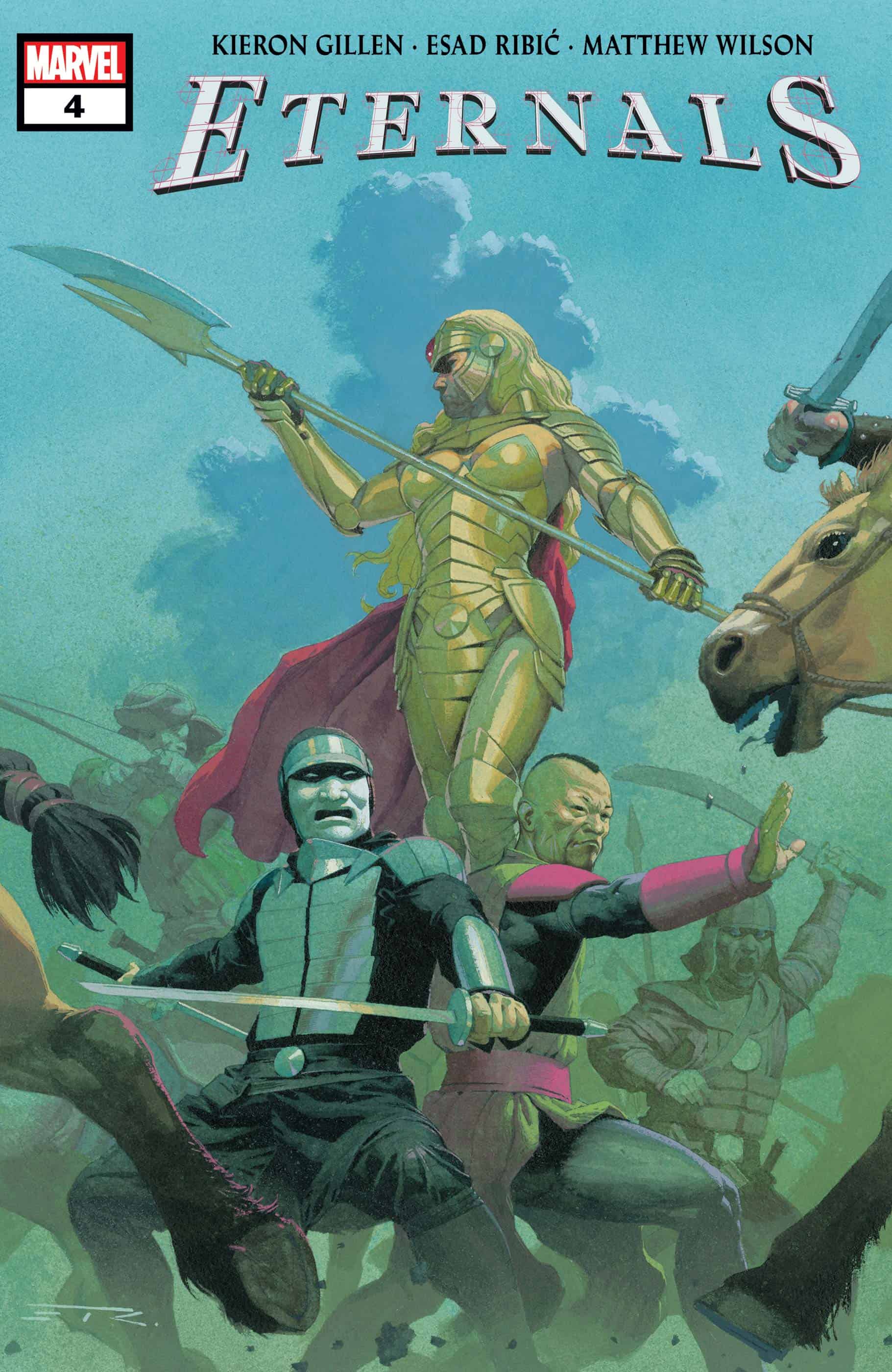 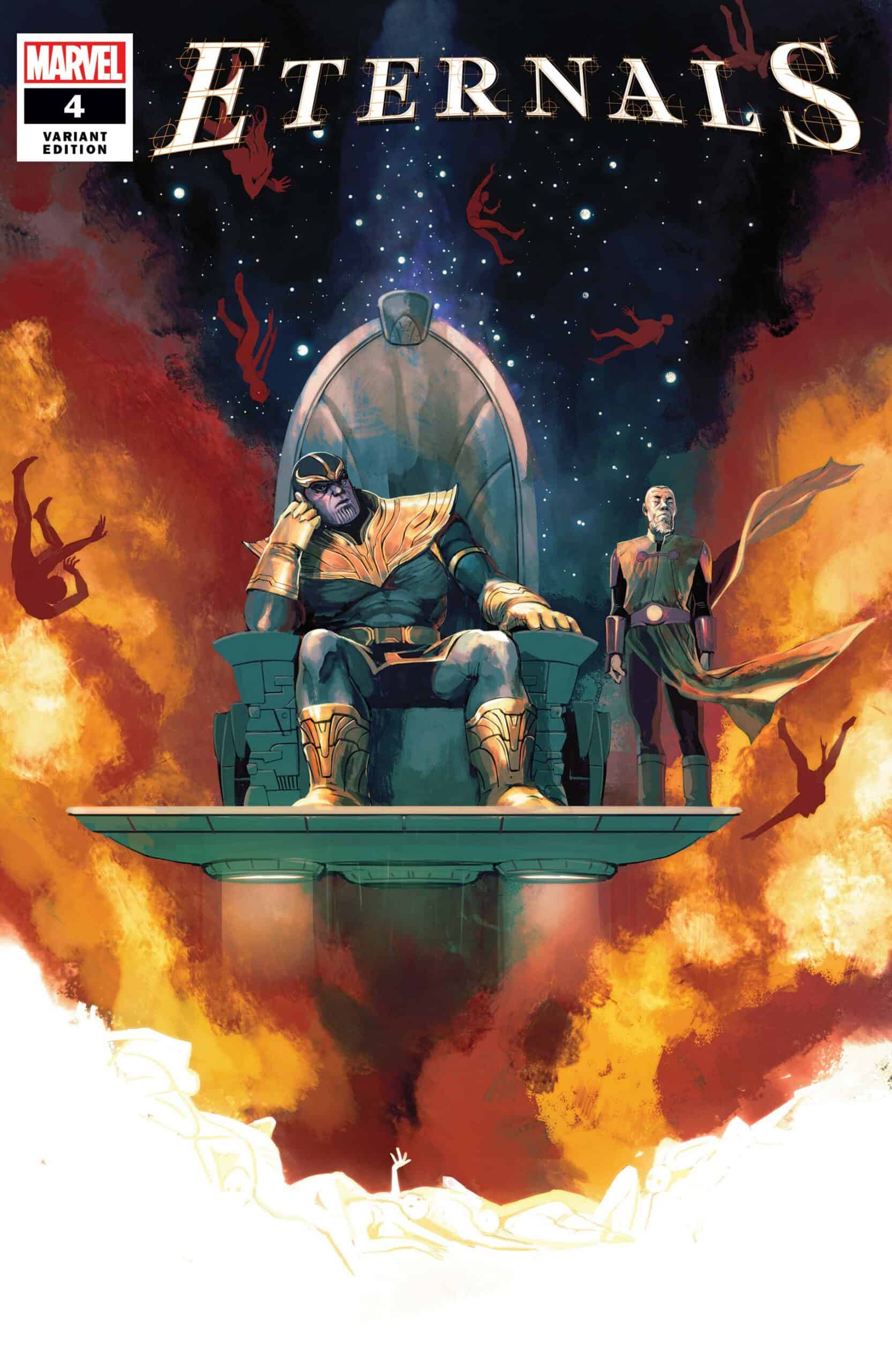 The Eternals are back with a new vision of Jack Kirby’s classic Marvel creation! Whether you are a longtime fan of the Eternals or experiencing these enigmatic heroes and demons for the first time, be prepared for an unpredictable heroic journey that will change everything you thought you knew.

Now, the penultimate issue of the new series is coming as the hunt for the Eternals traitor continues.

Chapter four into the mystery of who killed Eternal Prime, Zuras, we delve into the untold history between Kingo Sunen, and Druig, and a battle than spans back to the times of Ghengis Khan. Kieron Gillen is crafting an epic decompressed tale that spans eons, adding gravitas to the Eternals’ mythology. 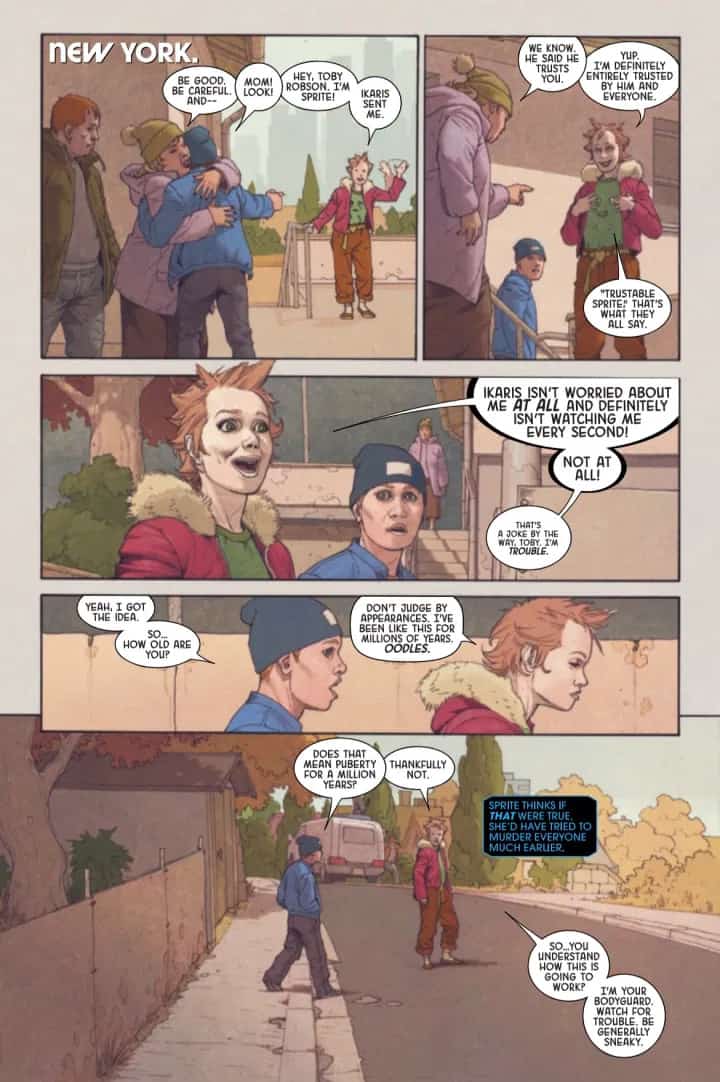 Gillen’s approach to reintroducing these characters is treating them both as larger than life science fiction space gods, but also as fallible, almost childlike creatures, is a breath of fresh air for this rather obscure comics property. Now, I’m aware that these characters aren’t brand new, but other than Thanos, the Eternals aren’t a property that’s exactly well-known to the general comic buying public, and that can work as both an asset and hindrance to these characters. The obscurity can lead to an absolute vast array of storytelling potential, but also prove to be a hindrance because nobody knows who they are. Hopefully the film will change the general public’s perception of these incredibly amazing characters. 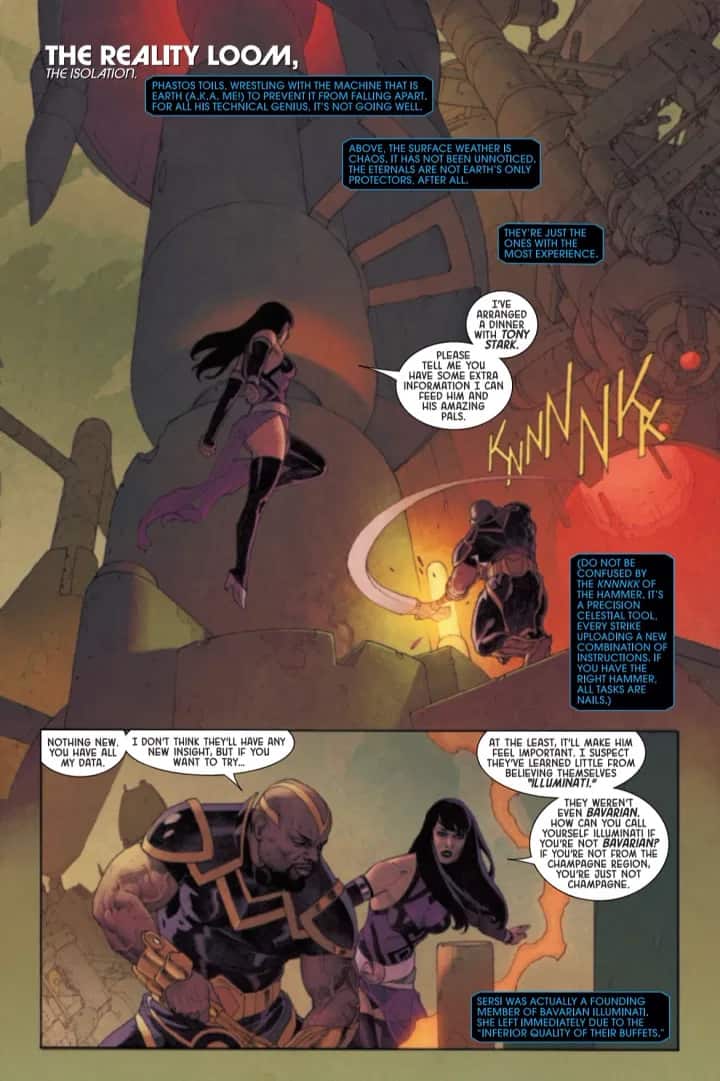 Gillen’s Sersi is a treat. She’s only in a few pages in this issue, but the writer totally gets who she is as a character. I truly enjoy every panel she’s in this issue, and her back and forth with Phastos made me want to know more about Phastos. I’m aware that he will be an openly gay married character in the upcoming film, so I’m wondering if we’ll get the same synergy in this series. 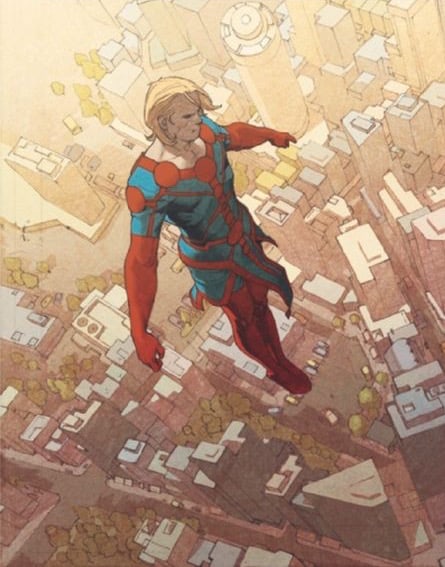 Sprite joins Ikaris on his still unknown mission to protect Toby Robson, and it’s a fun exchange, but there’s nothing really substantial added to this subplot this issue. The majority of the issue focuses on Gillen exploring the relationship between Kingo Sunen and Druig, showing a previously unknown adventure that dates back to the times of Ghengis Khan. There’s also more proof that the machine (Earth) is broken, and points more to that there’s something sinister going on. Who’s powerful enough to disrupt the machine, and hide Thanos’s presence from being recorded? There’s a cliffhanger at the end of this issue that definitely will have readers thinking. 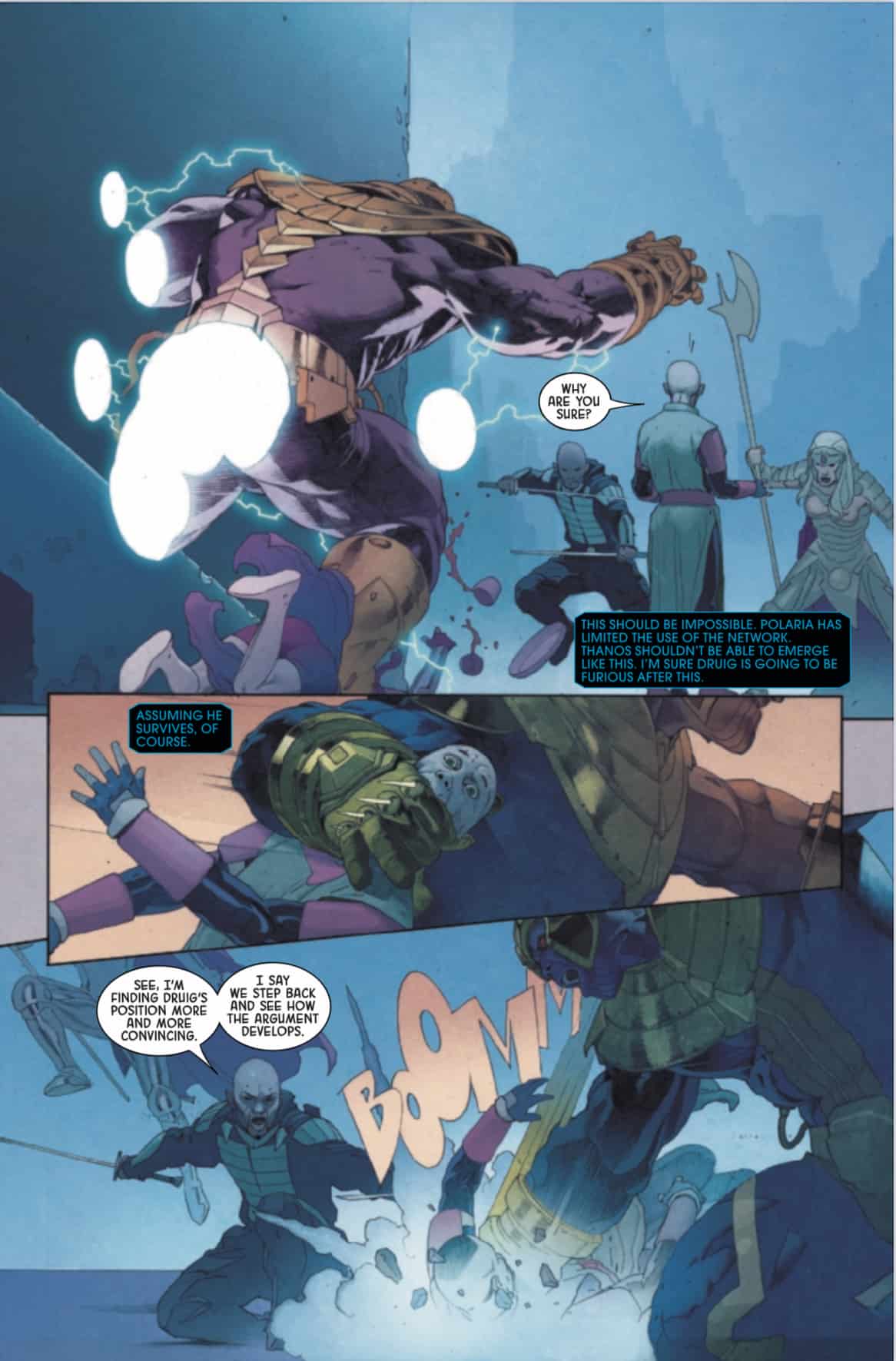 I’m not sure if I can say anything more about Esad Ribic’s art that hasn’t been said. It’s beautiful, and evokes elements of fantasy as well as science fiction. He makes these scenes that could fit into a Star Wars film, or the Lord of the Rings. He’s just a consummate master of his craft. I hope to see him on this book for years to come.

Gillen’s take on these characters, while very fresh, and interesting, is dragging a bit, and could use a bit of a push. I would hate to see readers lose interest because the story isn’t progressing fast enough for fans’, because this book is a gem.

This book, while very decompressed and slow, is a beautiful comic dedicated to introducing some very obscure, yet rich with potential characters to the general buying public. I’d suggest waiting for the first trade if you aren’t already familiar with these characters, but I wouldn’t deprive myself of breathing in Gillen’s exquisite monthly tale, either.