Eternals #5: We Didn’t Start the Fire, It Was Always Burning Since the World’s Been Turning 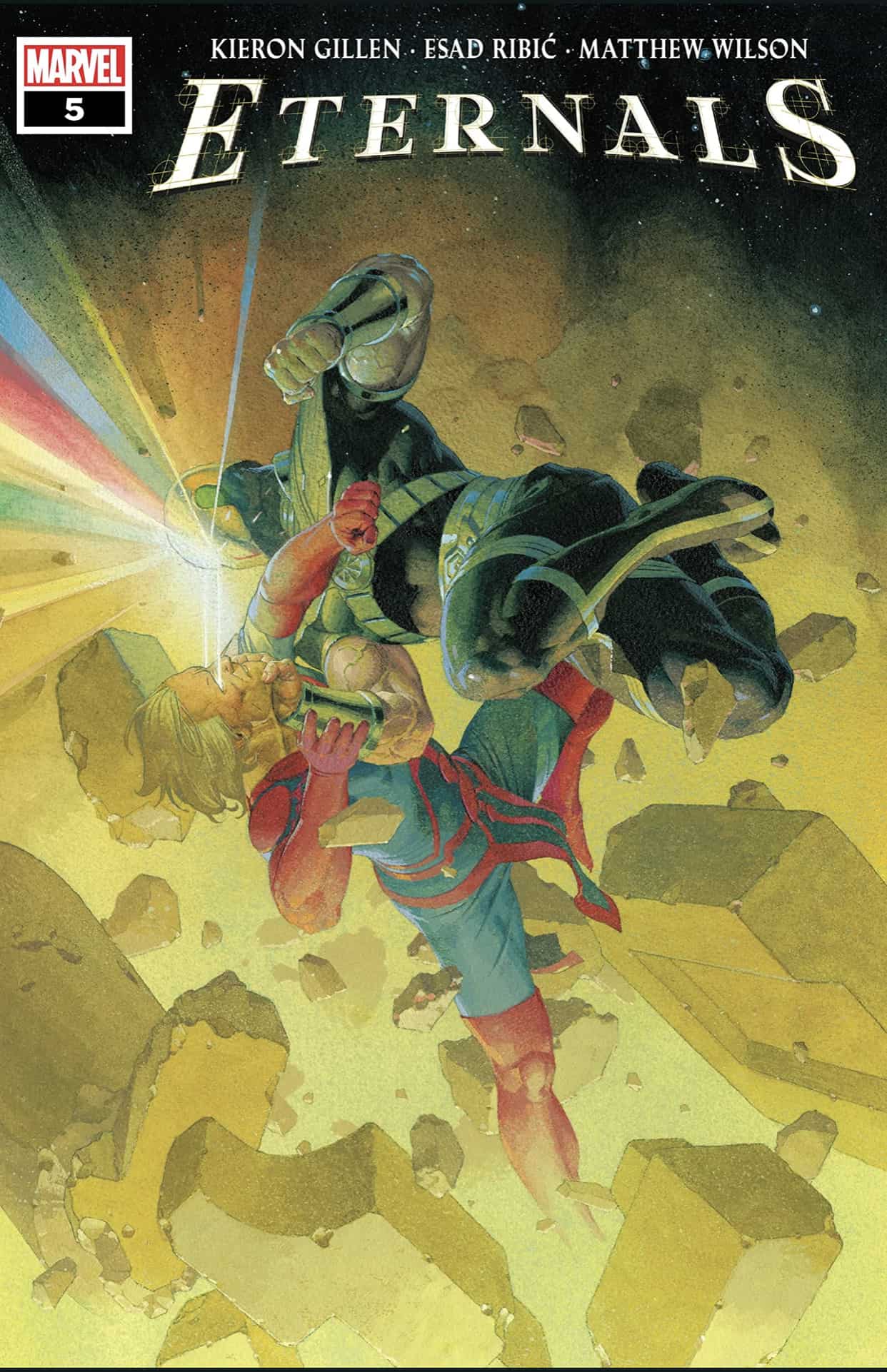 You know the Forgotten One by many names. Hero, Gilgamesh...Eternals know him by many more. Often less complimentary. They include Killer. But did he kill Zuras? Well, failing that, it certainly looks like he's having a shot at killing Ikaris, right?

Gillen packs a hell of a lot of punch in his fifth issue, and it might be the best issue yet. It’s been a very slow burn thus far, and Marvel pushing it back a month could hurt its momentum, but the revelations discovered with this issue will shake the proverbial firmament for the Eternals for quite some time. Gillen reveals some of the new Eternals he created, and even created a team called the Forgotten, with each having something they specialize in. I’m very excited to meet them, as well as the characters in the exclusion, who are finally named in this issue. I’m quite shocked, because I literally did not see this one coming. 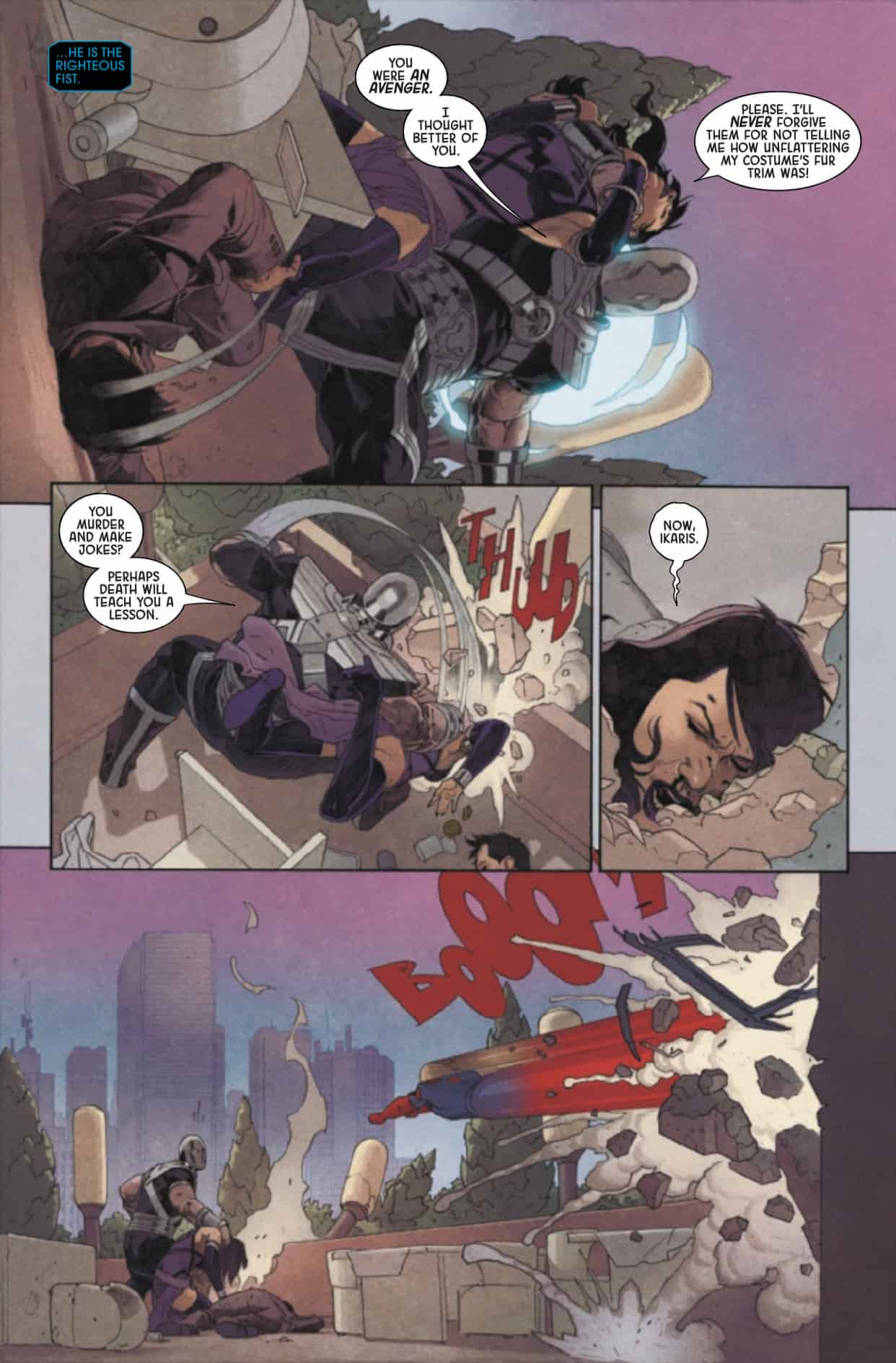 As seen from the preview pages, Sersi is having lunch with Tony Stark, and begins to mentally manipulate him into drawing The Forgotten One out of hiding. As he smashes into Sersi the trap is set, and you see Ikaris, Kingo, Thena, and Sersi beat him into submission. As they question him, Druig and Thanos are hidden between the atoms, and we learn that someone has manipulated Thanos after his run in with the Guardians of the Galaxy back in 2019, when he was sucked into a black hole. I’m glad that Gillen did his research, because I hate when a writer will jump on a title, and have a character appear after their apparent demise, and act as if nothing happened. 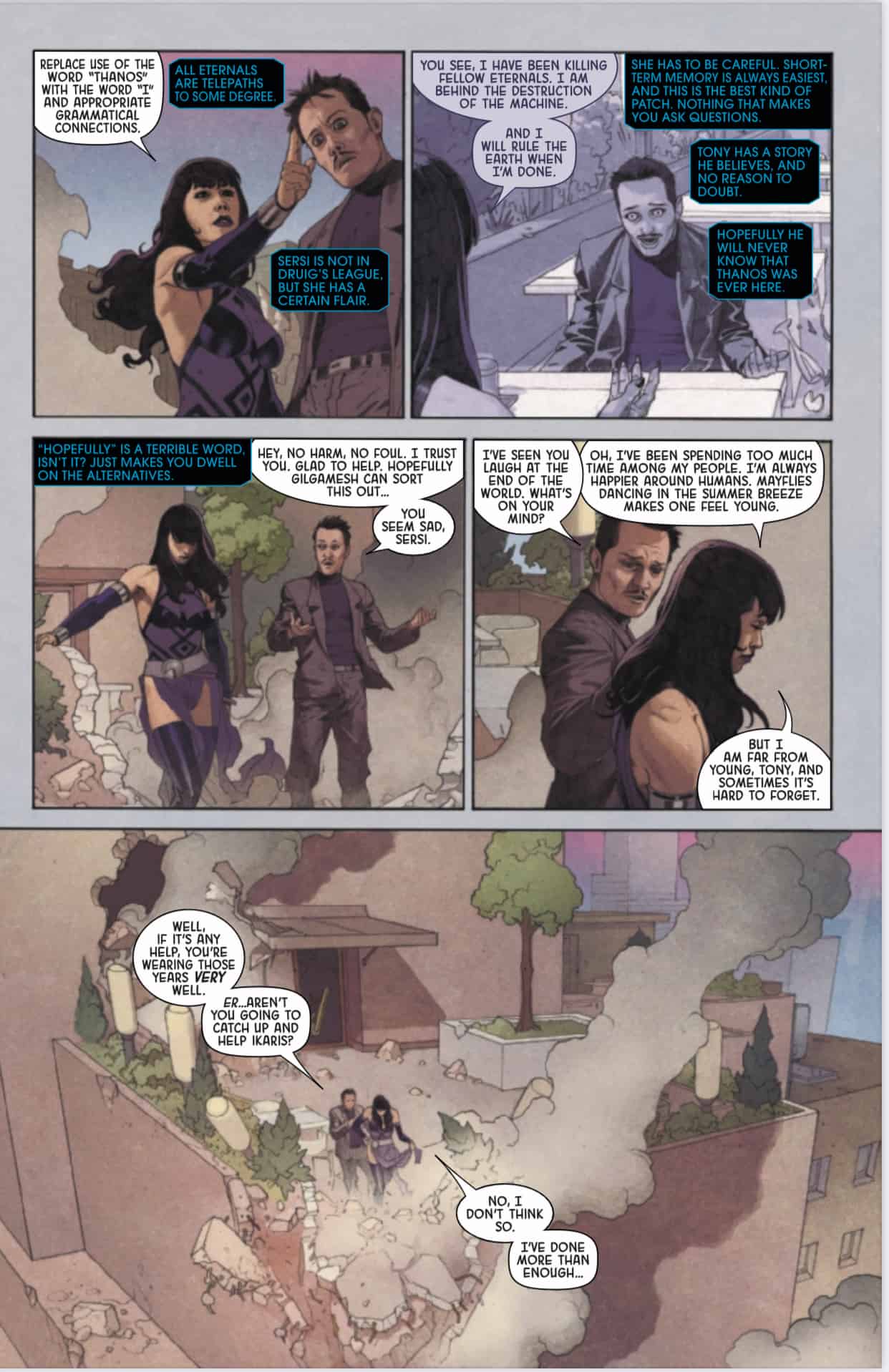 Gillen’s character work here is phenomenal, especially his Sersi, and the subplot with Toby Robson and Sprite was touched on again. Sprite’s character development is great. She’s plucky, but there’s a sadness to the character to add some depth to her. Still wondering who Toby is. Is he Ikaris’ son that took on his name? if it’s his, how did that happen, if Eternals aren’t able to have children? What about Thena & Kro’s children as well? 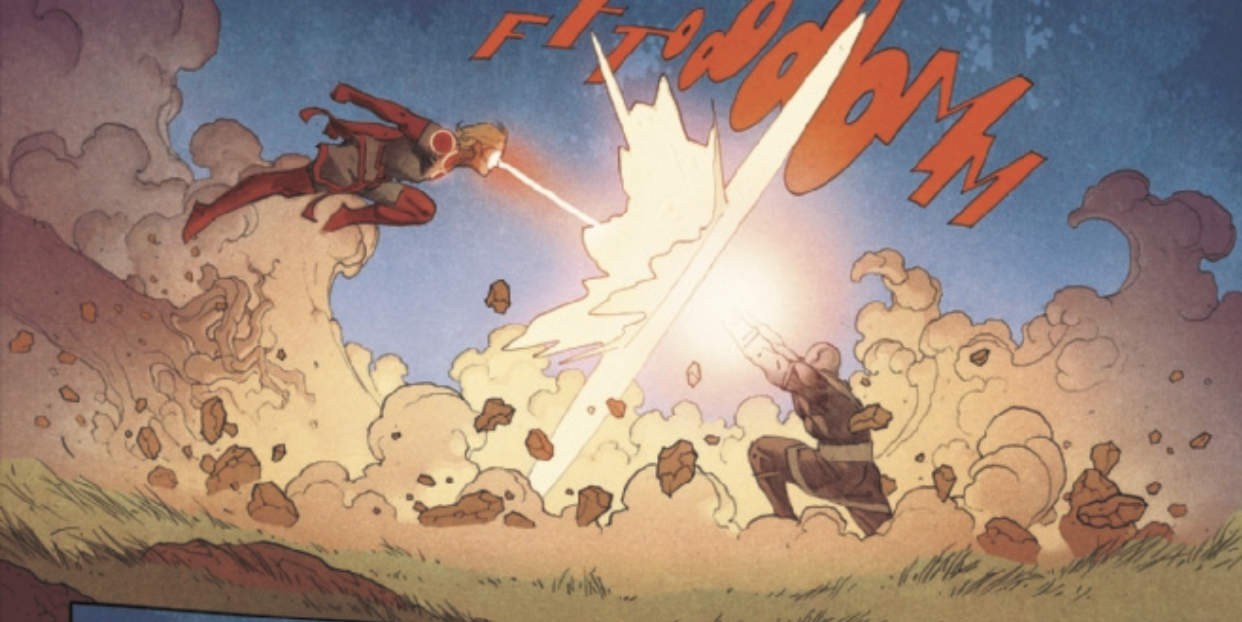 Esad Ribic’s art was again stellar. From the cover, to the action scenes, it was like reading a comic right out of the movies. It’s the epicness of Ribic’s art that elevates Gillen’s story, and he was the right choice to be the artist for this series. Mixed with Matthew Wilson’s colors, it’s effervescent and ephemeral to read. The action pages evoke impact, and the gravity of the battle at hand. Whoever will be doing the art chores on the second arc has some very big shoes to fill.

Now for the unfortunate part: the negatives. This book has been absolutely breathtaking, but the pace is starting to drag on a little too much. Adding the month-long delay hurt the momentum of this series. The subplot about Toby needs to drum up something to keep people intrigued. The Eternals are characters I have a deep affection for, and I’d like to see them have a series for years to come.

The most action packed issue to date, and we finally find out who’s behind it all. Are they doing this by his own volition, or is the mastermind behind the plot being manipulated themselves? When will we finally meet some of  the new Eternals created for this series? The answers revealed in this issue creates more questions. Pacing, and the delay between issues hurt this book, but not enough to lose interest in it.

Eternals #5: We Didn’t Start the Fire, It Was Always Burning Since the World’s Been Turning