Eternals #6: Is this Burning an Eternal Flame? 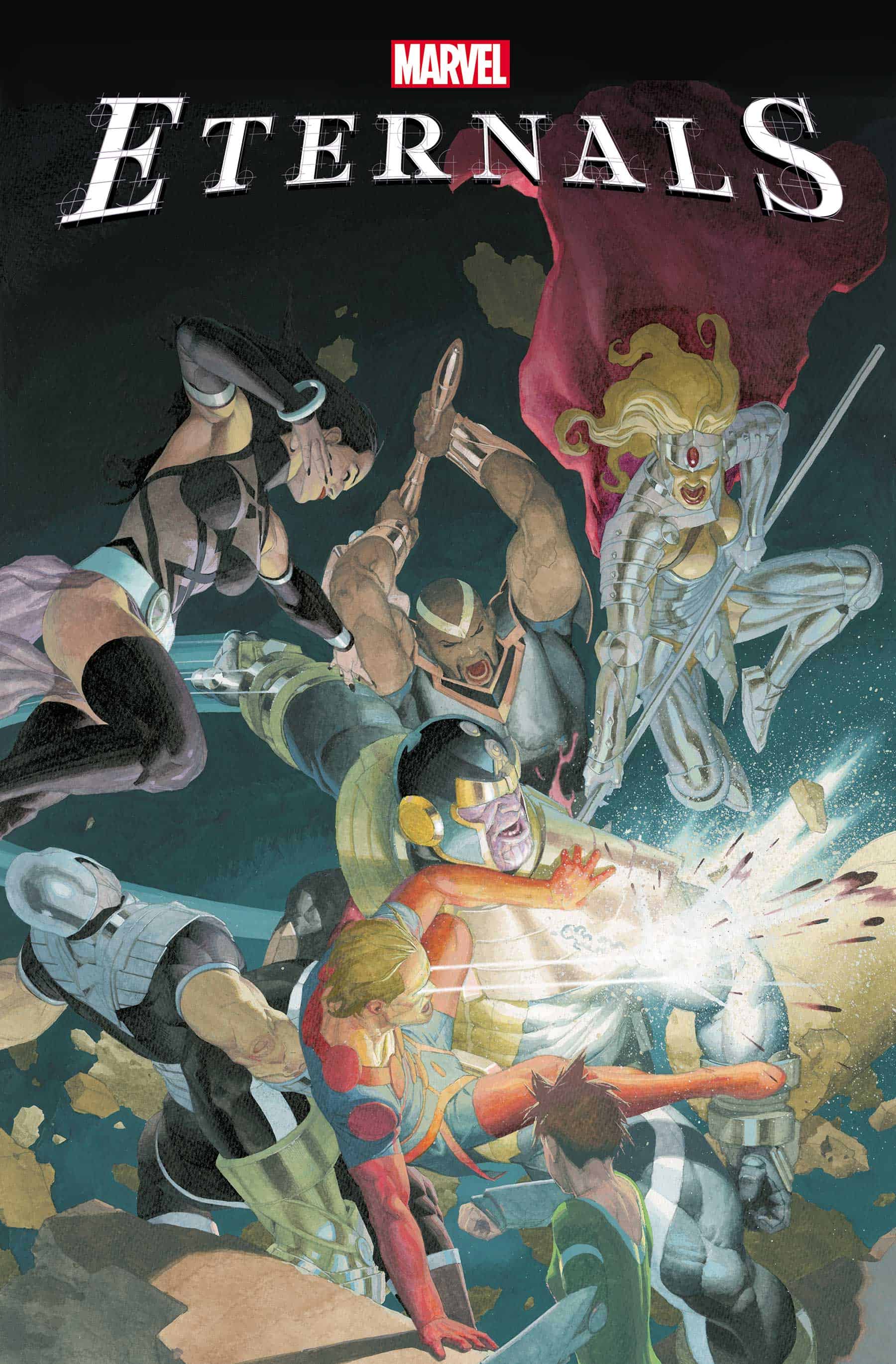 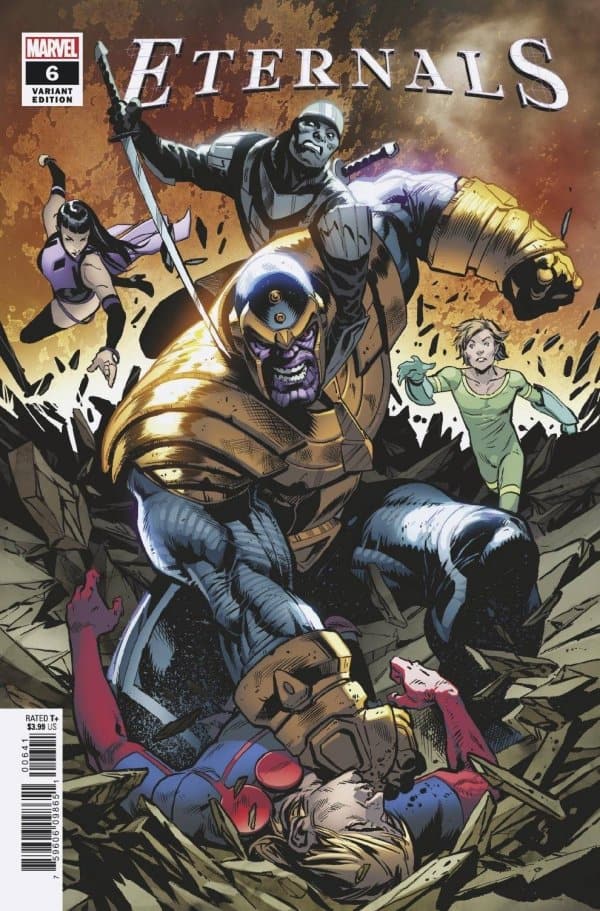 WHO LOSES? Thanos loses. The Eternals Lose. We all lose. Never Die. Never Win. Can that change now?

The final chapter of Kieron Gillen and Esad Ribic’s opening act Eternals series, and truths are uncovered, alliances are questioned, the importance of Toby Robson to Ikaris is revealed. The status quo seems to be reset, yet things will never be the same. Is the status quo something they can live with? Wooh. That ending, that ending.

Gillen and Ribic have turned everything I know (and I know a LOT about the Eternals) upside down. I had to set the issue down, and think about what I had just read. This development will shake the firmament for this property, and I can’t wait to see where they take us from there.

Gillen gave us the perfect representation of who and what Ikaris is, and I’m immensely satisfied with the final product. Ikaris does what Ikaris was created to do: be the hero he was always meant to be; he gave everything he could to save the machine, the Eternals, and unfortunately the price might be too much for him, and the other Olympian Eternals to bear. But just because they can’t accept this new status, what about the other Eternals we have yet to see? All very interesting questions that I’m impatiently waiting for. 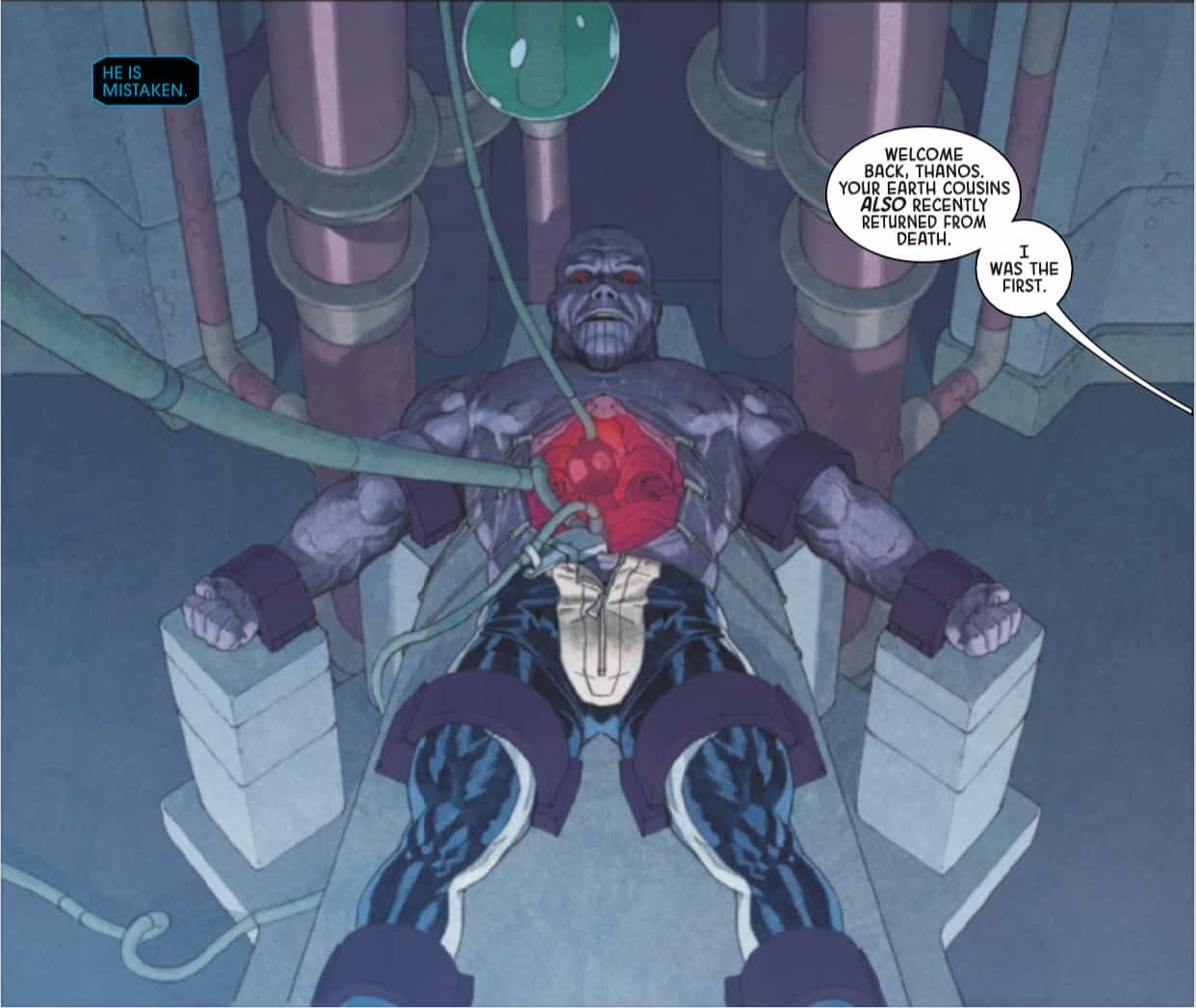 Gillen might be one of the most talented writers working in mainstream comics today, and the world building he did in these six issues was brilliant. The issues are incredibly decompressed, but each scene is a part of the deeper mythology that Gillen’s weaving, and the payoff looks to be big.

How will the rest of the Eternals deal with this? Gillen has created so many new Eternals who are completely unknown to the rest of us, so how will they react to the knowledge of what Phastos has found out?

Will Zuras continue to be the Prime Eternal? What about the Excluded?

Will we see a return of the Eternals who fled to Titan? Or those from the Uranus compound?

Is their distance from the machine why we haven’t seen them return? Or are they all stuck in the Exclusion? 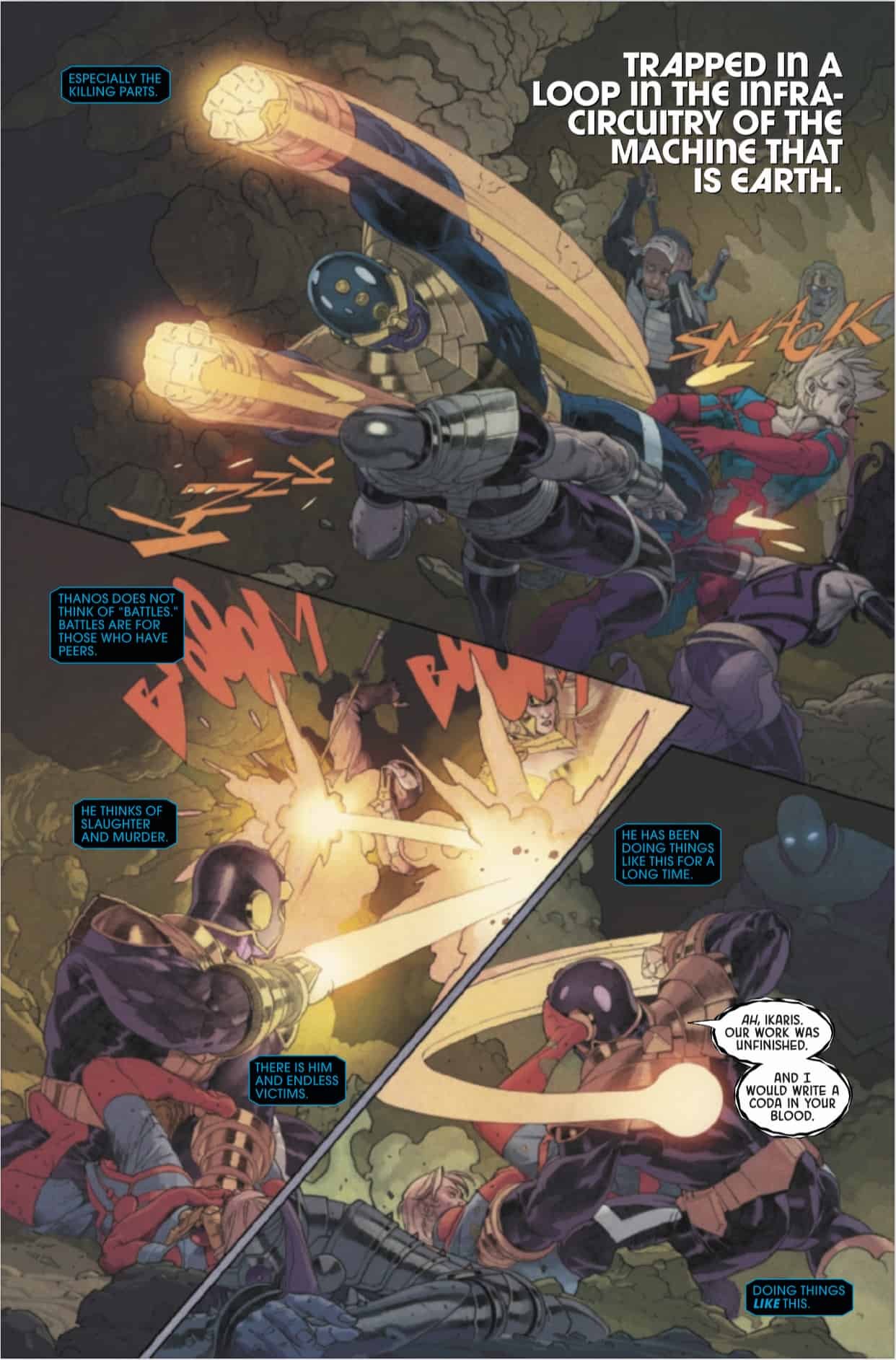 Riding shotgun with Gillen is his stalwart road dog, Esad Ribic. Over the course of the last few issues I’m not sure what else I can say that will express how I feel about his work on this book. The man is the consummate master of his craft, and is just as responsible for his depiction of the Eternals and their world as Gillen’s words and characterization. The synergy between the two has created a society of characters that I’m ecstatic to meet. Matthew Wilson’s muted color palette here definitely adds to the overall mythic feel that Ribic has depicted for the readers.

Together this team has created something magic, and I hope we’ll continue to see them develop the world between the atoms for a very long time.

The only thing in this life that’s eternal are the Eternals, but their immortality comes at a price. Is the price too much for them to bear? This new revelation will only bring new questions, with these questions the revelations from the different subsection of Eternals. What will Ikaris, Sersi, Thena and the rest do in order to change something that seems incapable of being changed?

Eternals #6: Is this Burning an Eternal Flame?